Alpine Esports, the esports branch of French automotive marque Alpine, has launched the second season of the Alpine Esports Series.

The sim racing competition will be operated by the marque’s hardware partner Race Clutch and powered by cryptocurrency exchange Binance. 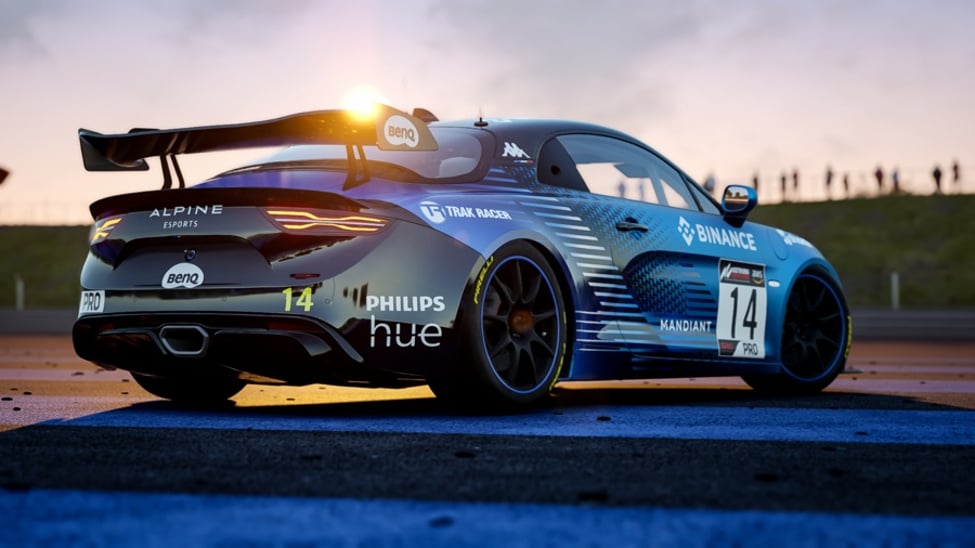 The championship, which begins on April 28th, includes a $100,000 (~£76,257) prize pool in Fan Tokens that will be provided throughout the event. Some of the other prizes detailed include a driving experience in an Alpine GT4, a TRX simulator rig from Trak Racer and a BenQ Mobiuz monitor.

Cedric Journel, Vice President of Sales and Marketing at Alpine, spoke on its launch: “We see sim racing as being an evolution of sport with the real and virtual worlds offering a natural synergy that can’t be matched in any other esports or sport categories.

“Sim racing drivers have a natural driving ability and the realism the technology offers between the game Assetto Corsa Competizione and the rigs makes for compelling entertainment. We’re excited to bring the Alpine Esports Series back for a second year.”

According to a release, over 100 drivers took part in the 2021 edition of the championship. Qualifiers for the 2022 event begin on April 4th using the Assetto Corsa Competizione platform.

RELATED: WePlay Esports to launch its first NFTs on Binance

“Our partnership extends beyond the physical F1 track and into the digital one as well – we want Alpine’s racers and fans to have access to unforgettable experiences, exclusive interactions with the team, and unique benefits that only our Binance Fan Tokens can truly provide.”

Esports Insider says: The second running of the Alpine Esports Series shows that the marque sees value within the sim racing sector. Joining forces with Binance to provide a sizeable prize pool has the potential to elevate interest as it becomes one of the largest sim racing championships in the world.

Find out about ESI DC