After the announcement that Historic Anthology III was coming to Magic: The Gathering Arena, players were already speculating on what could be coming with the new mini-set. Players received a whole ton of spoilers today, including a cycle of legendary enchantments and some powerful lands on our sister site, Destructoid. Wizards of the Coast had previously revealed that the Eldrazi Ulamog, the Ceaseless Hunger, and Mono-Black MVP Phyrexian Obliterator will be coming to Arena.

Is your favorite creature now in your graveyard? Or maybe your opponent has a REALLY cool creature in their graveyard that you just have to have? Well, we have a solution. #MTGHistoric 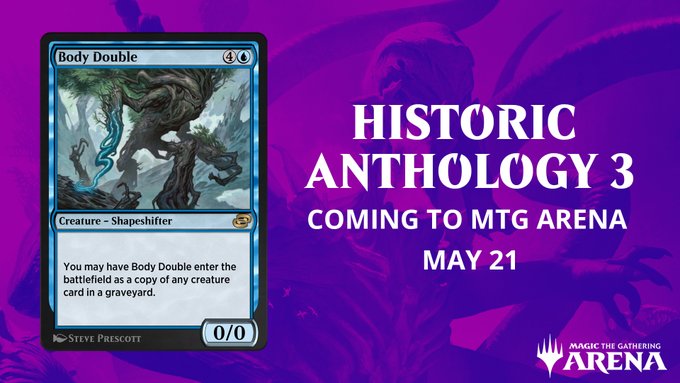 Right off the bat, two powerful lands spoiled by Destructoid give a lot of versatility to the game. Ancient Ziggurat will likely become an auto-include in multi-color aggro lists. Decks like Esper Humans and Jund Dinosaurs will want a couple of copies of this card in their lists. Maze’s End is a little different, requiring the entire deck to be built around the Gate sub-type. Having a new alternate win-condition in Arena won’t break the game, but can be fun for players to experiment with.

The Honden Cycle, originally released in Champions of Kamigawa in 2004, will be joining Magic: The Gathering Arena. Each Honden does something unique at the beginning of its controller’s upkeep depending on the number of cards with the Shrine sub-type under that player’s control. YouTuber CovertGoBlue spoiled the cycle, which could fit neatly into a Calix, Destiny’s Hand enchantment-based deck.

Any good enchantment based deck needs a good draw engine, and thanks to ComicBookResources.com they are getting one. Enchantress’s Presence allows players to draw a card whenever they cast an enchantment. With all the enchantment cards that came out of Theros Beyond Death, Enchantress’s Presence is an essential card for players to have. The other card spoiled by CBR is Swan Song, a one-mana counterspell that can only target enchantment, instant, and sorcery cards, giving them a 2/2 bird for their trouble.

Wizards of the Coast also had a new Historic spoiler in the two-cost artifact, Ratchet Bomb. While often found in sideboards, Ratchet Bomb is a great counter against tokens strategies. Realistically, Ratchet Bomb is a card that just sits on the battlefield until it’s needed. Wait for your opponent to forget it’s there or force them into bad plays.

The Magic: The Gathering Arena Twitter account also revealed Body Double, a creature that copies a creature in any graveyard. Body Double is great in combo decks as extra protection against removal. 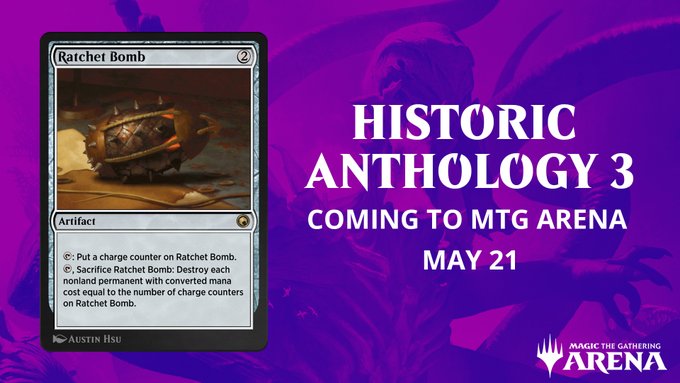 Hipsters of the Coast provided two Magic: The Gathering spoilers as well, Akroma’s Memorial and Mirari’s Wake. Both cards are incredibly powerful in their own way. These cards will likely find their way into Brawl decks rather than the actual Historic format. Mirari’s Wake might find some play in a Calix, Destiny’s Hand deck like the Hondens from earlier in the article.

Historic Anthology III is scheduled for release on May 21 and will bring 27 new cards to Magic: The Gathering Arena. With 17 cards spoiled already and a ton of cool new strategies for players to explore, the meta for Historic is bound to be shaken up. For more Arena news and spoilers, make sure to follow Daily Esports.

Fortnite's First Next-Gen Bundle Is Up For Preorder At Amazon

No Man's Sky Developer Is Working On A New "Huge" Game