Jaryd “summit1g” Lazar stirred the Counter-Strike: Global Offensive competitive community with his remarks towards opponents in a FaceIt pick-up-game (pug). Summit’s history in the FPS has flourished into a wildly successful career. His time as a professional CSGO player has arguably made him one of the most influential gamers in the world.

It’s no secret that trash-talk is a staple in video games, especially first-person-shooter titles. However, there’s a fine line between friendly banter and toxic behavior. On April 4, Summit queued into a game facing against Roy “StrongLegs” Ahad. StrongLegs is a former CSGO player but currently works as a full-time caster. During a close Train pug, Summit spoke out against StrongLegs. He said he and another player “pretended like they’re good all of a sudden.”

Bro, I didn’t even talk shit to you once or BM you once that whole game.

How you just gonna trash me infront of 20K viewers? @summit1g 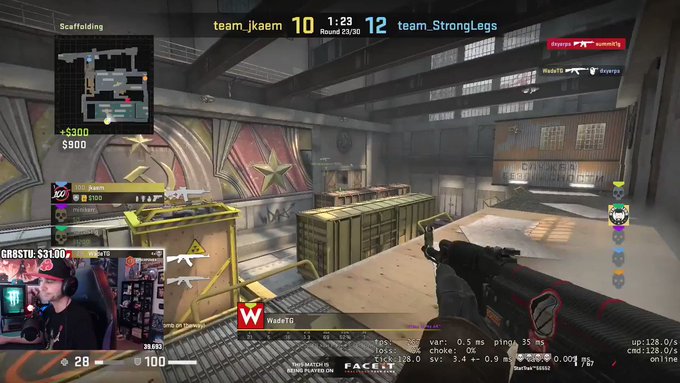 Soon thereafter, StrongLegs confronted summit about it via Twitter. He questioned the motivations behind his colleague’s commentary, saying he in no way provoked the reaction.

Immediately, fans and friends alike took to social media to share their opinion. Taylor “drone” Johnson, a professional CSGO player, jumped to the defense of StrongLegs and condemned summit for his comments.

He insinuates summit’s anger stems from the current state of CSGO. The changes made to the economic system and the SG-553 (kreig) have shifted the game to be more terrorist-sided than in previous years. Likewise, polen took to Twitter, making a sarcastic remark about how his friend’s status disallows him from engaging in trash talk.

Mr @summit1g you are not allowed to talk shit to people in a competitive environment on the internet because of the amount of viewers you have. You must be a pretty princess and never talk trash about anyone 🙂

Similarly, people on both sides of the coin expressed their opinion on the matter. Some users felt StrongLegs and co were being “overly sensitive” to summit’s comments. On the other hand, some stated the former pro’s statements were rude and irresponsible, especially considering summit was broadcasting to 20k viewers.

The streamer’s response came after he finished his stream. Oddly, he didn’t reply to the original tweet calling him out; rather, he replied to drone.

Lol I can talk all the shit I want. It’s a video game. Keep owning with it.

It’s unclear why summit didn’t respond to StrongLegs, but it’s safe to say his reaction wouldn’t have been one of regret. Summit quickly moved past the short-lived drama. Neither of the two has commented on the situation since then.

What do you think about summit’s comments? Who’s right or wrong? Share your opinion in the comments below!