Disgaea 6 has trimmed a lot of the series’ fat. In short, this means many features, modes, and background systems have been cut in favour of a leaner, more idle mode of play. Depending on your outlook, this can be seen as a good thing or a bad thing. This also means that some classes have been cut in the transition too.

Despite these cuts, there are still over 20 classes to pick from, and due to the new mechanics added to Disgaea 6, it’s not always obvious which classes are worth investing in. Naturally, this will be even harder for newcomers, but even series vets might accidentally overlook some of the seriously powerful lads, ladies, and lackeys that make up the roster. 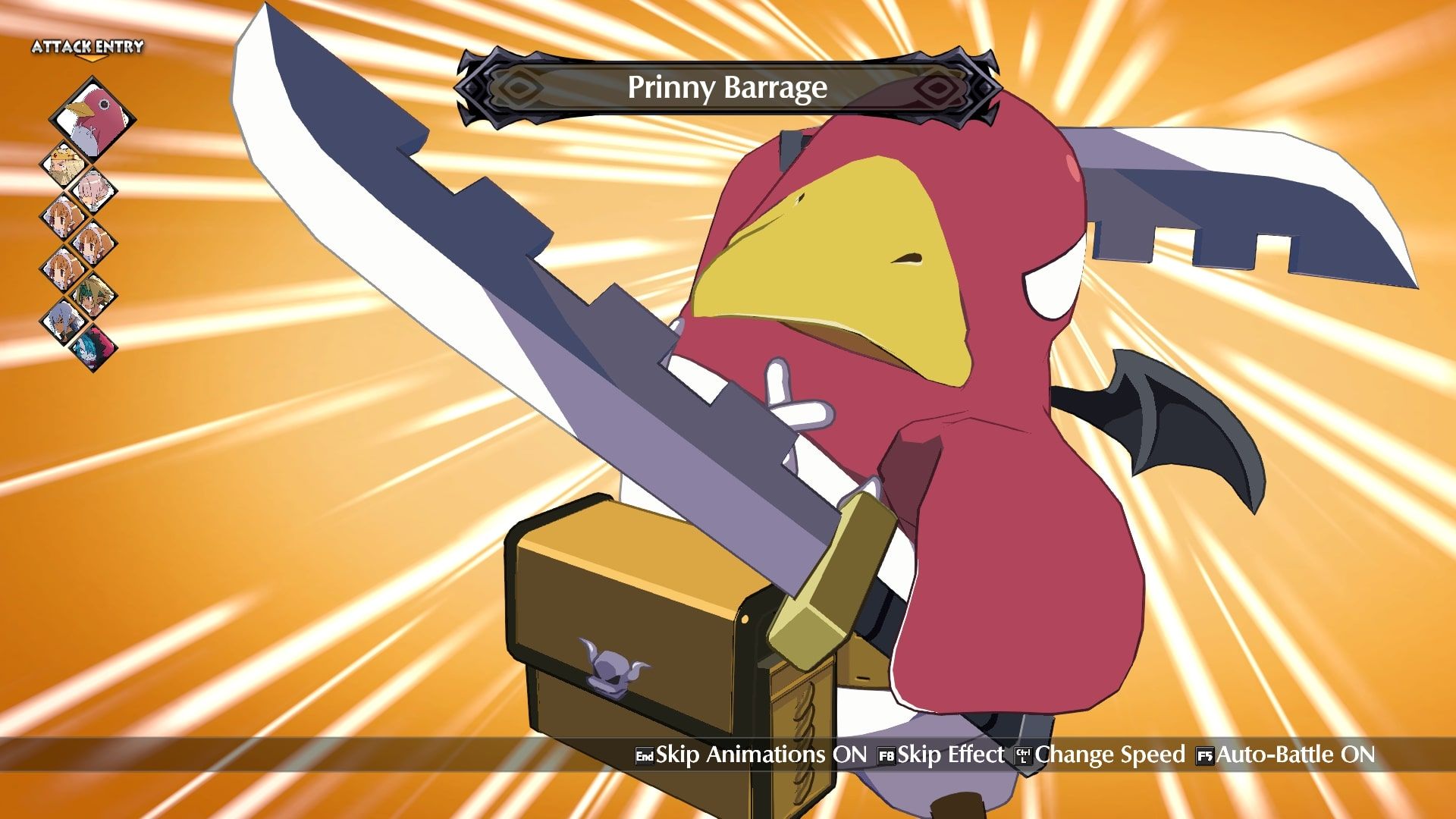 Prinnies are the series' mascot. They are, for the most part, terrible. They explode when they are thrown, their stats aren’t great, and they tend to die the moment you bring them out of the portal. So why are they so high on the list? Because Prinnies are not as terrible as they have been in the past, and, with enough dedication, they can almost be considered decent.

You don’t seriously take a Prinny in a team because they are good – you take them because they are awesome in every other way. Plus, throwing them is always a blast (pun intended). Their Evilities are also pretty darn effective, allowing you to suicide throw them and not waste a Reinforcement slot. There is no reason not to take a nuclear Prinny. 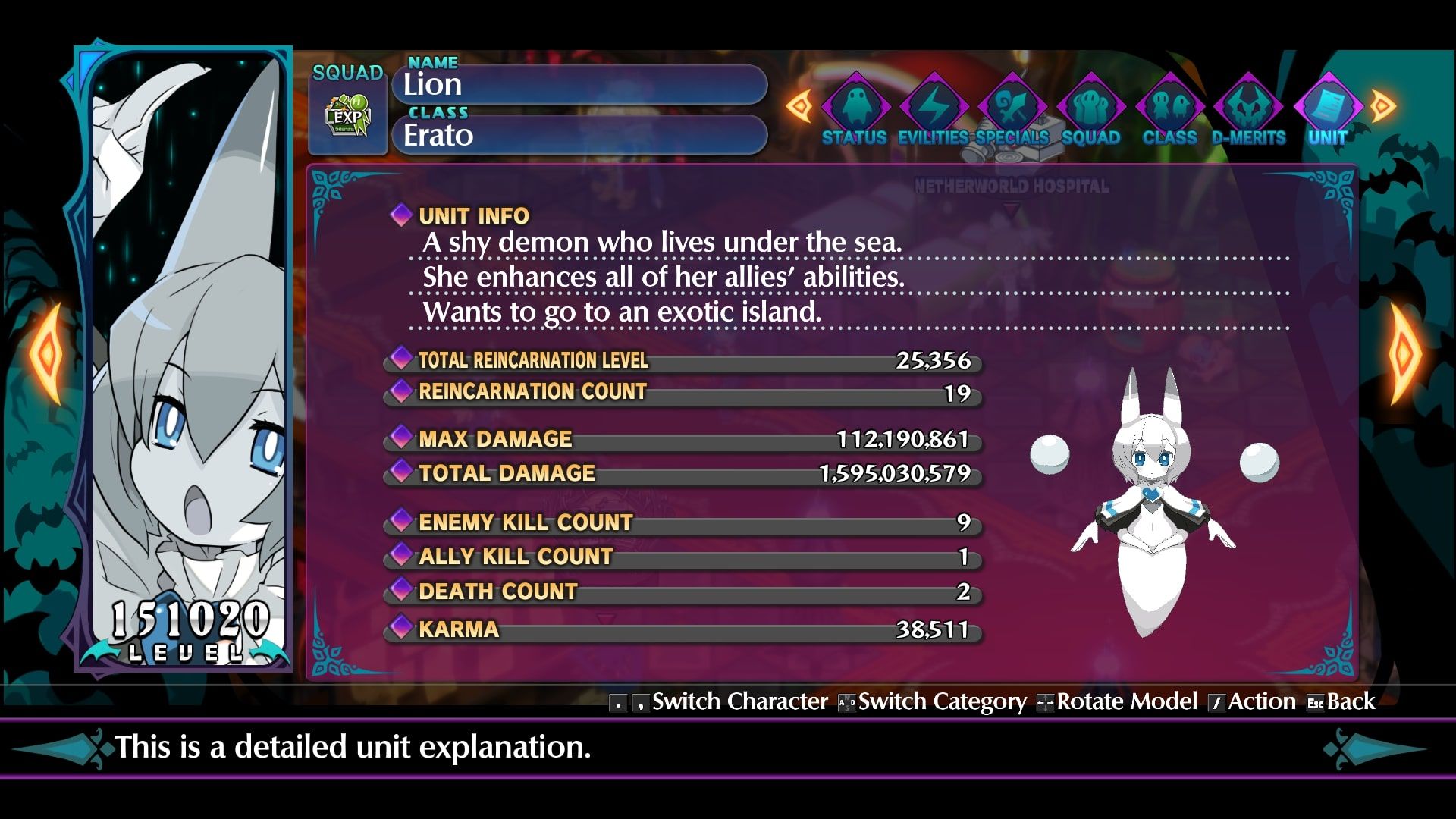 There are two healing classes in Disgaea 6, and it is pretty hard to choose between them. We have thrown Sea Angel on here over the Clergy simply because we feel like this floating demon has a bit more of a focus on healing, and can do it without actually doing anything. Plus, she is a monster, which makes her more interesting to look at.

Of course, the best way to run a Sea Angel would be to Super Reincarnate into/from a Clergy so you can get the best of both worlds. In either case, Sea Angel is a great force multiplier who can do some serious work on the battlefield. 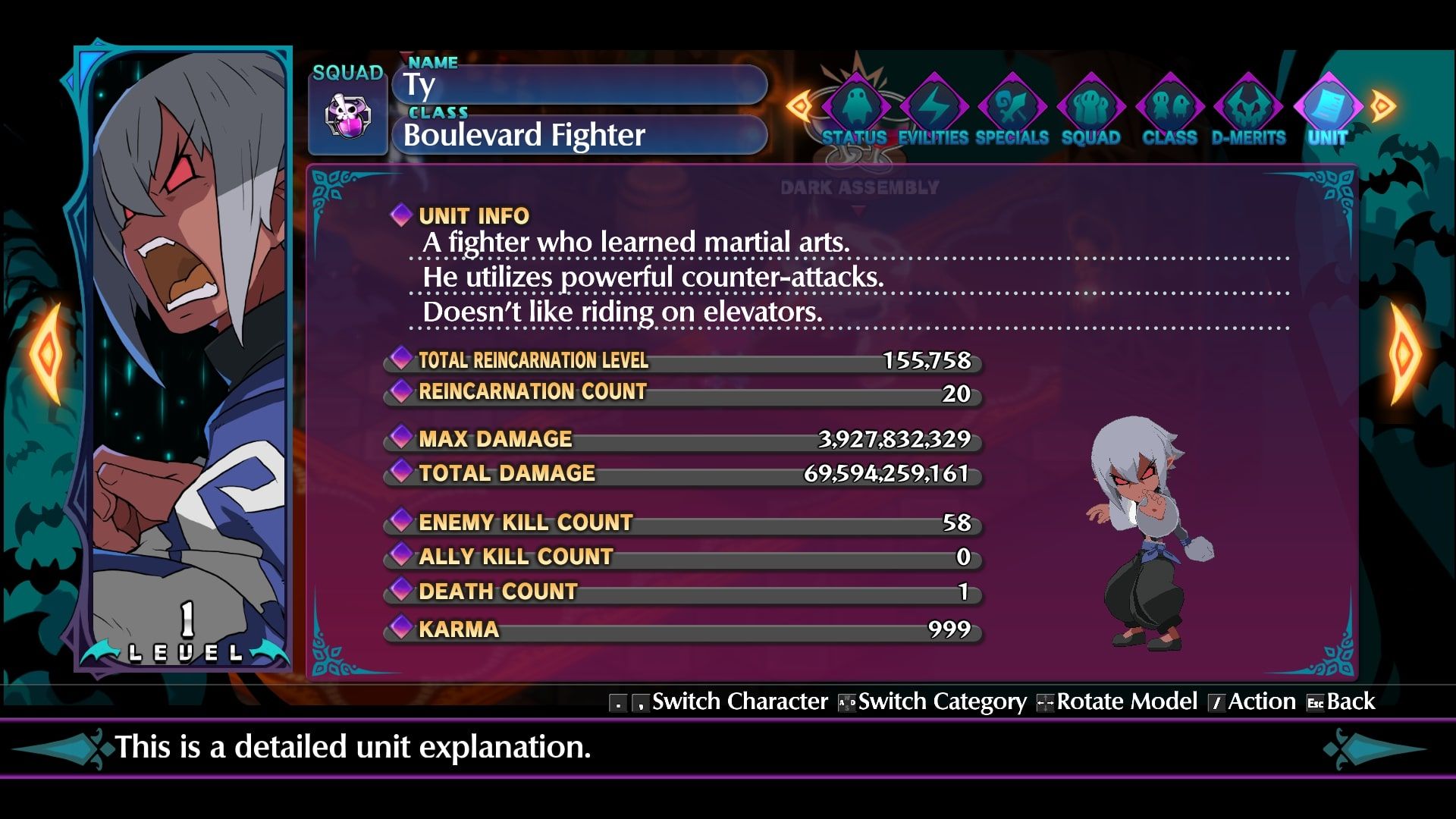 When it comes to single-target melee characters, few can compare to the Martial Artist. Rocking a high movement, an unbelievable number of Counter Attacks, and being able to hit like a freight train, you really can’t go wrong with these masters of the fist.

We’d place them higher had there not been classes that outshine them in other areas, but that doesn’t mean you should ignore them. Since they are one of the starting classes, you should absolutely pick one up and use them as a base for Super Reincarnation later. Sure, you likely won’t run one late game, but that’s a long way off. 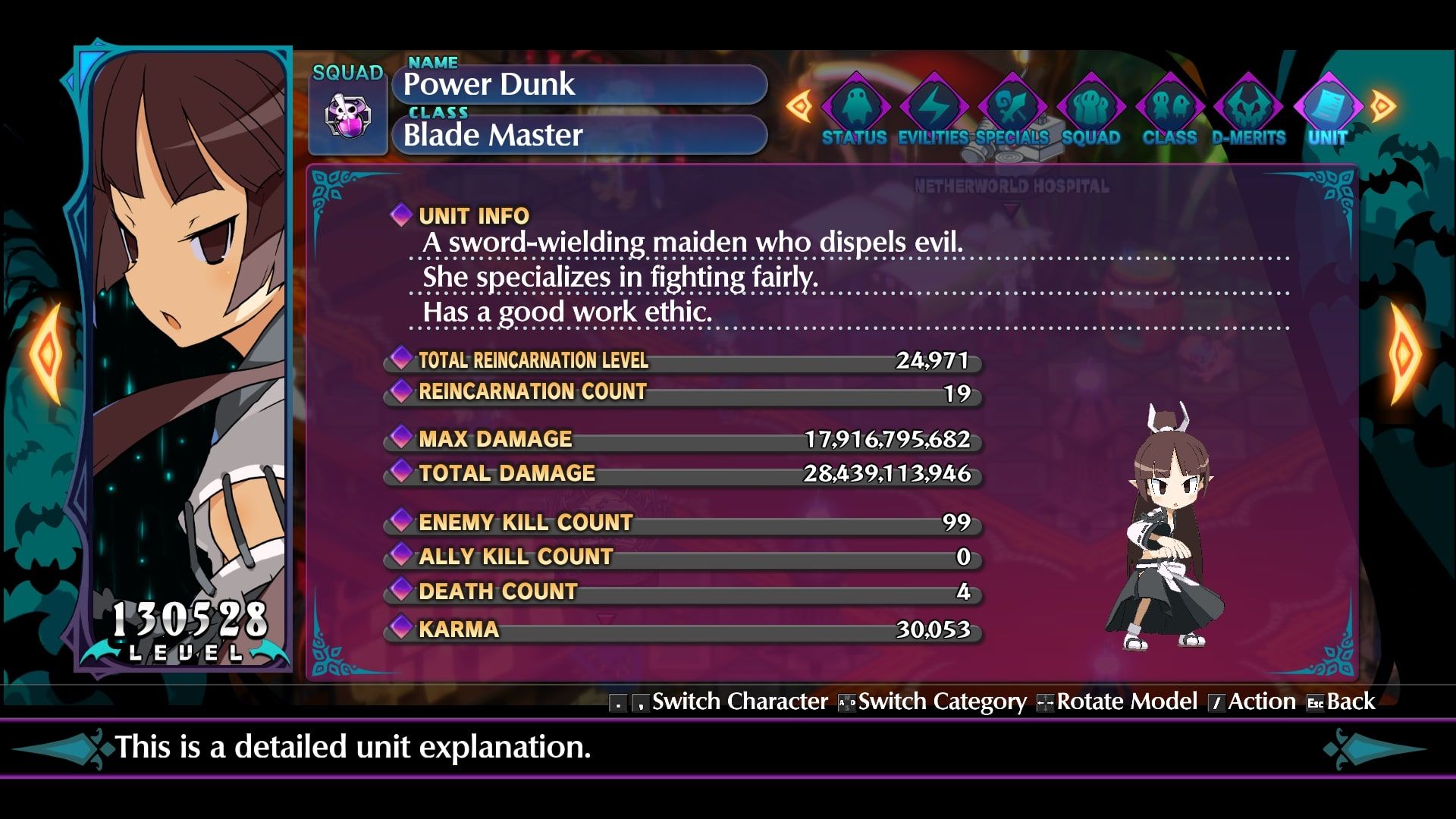 Due to how Skills work in Disgaea 6, what weapon you use is less of an issue – class is. When it comes to weapon-toting damage dealers, you have two options – Warrior or Samurai. You will be forced to use the Warrior for a bit, but the Samurai is the obvious choice once you unlock her.

Why? Because the Warrior's axe-based skills are a bit naff simply because there are already so many classes that deal single-target damage. The Samurai and her sword focus gives her a bit more utility on the battlefield, and her unique Evilities are a very nice boost. Multi-classing from a Warrior will give you a nice boost too. 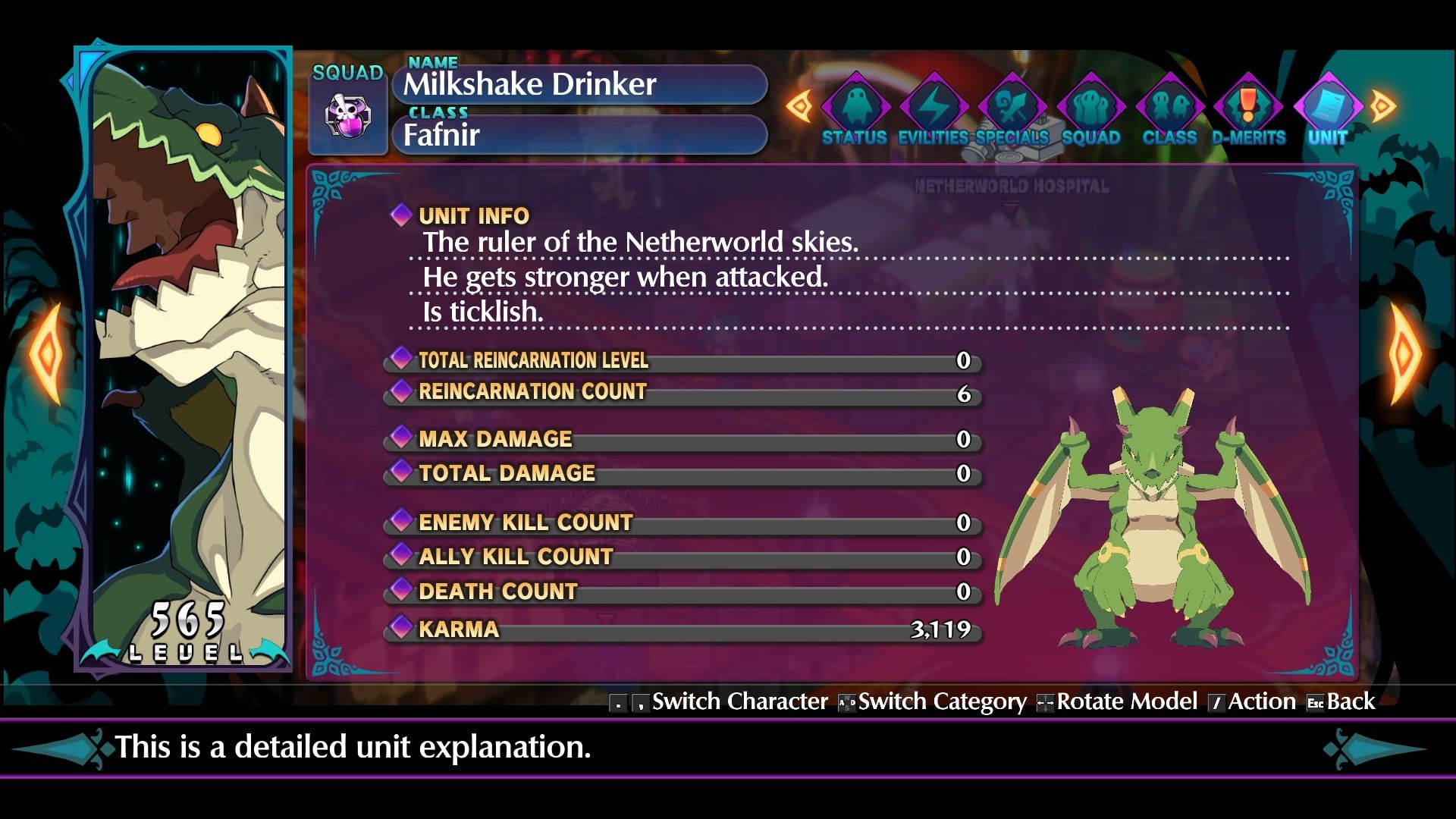 Who doesn’t like Dragons? They are big, brutal, and come in all kinds of colours. Disgaea Dragons have always been fairly effective Monsters, but in the latest entry, they have seen a major bump in power. Not necessarily due to an overhaul of their stats, but due to an increase in their footprint.

Disgaea 6 introduced large monsters, and Dragons just so happen to be one of them. This gives them a much larger threat range, and they can very effectively protect your squishier characters due to their bulk. Great damage, great defence, and a spicy selection of skills are just icing on the cake. 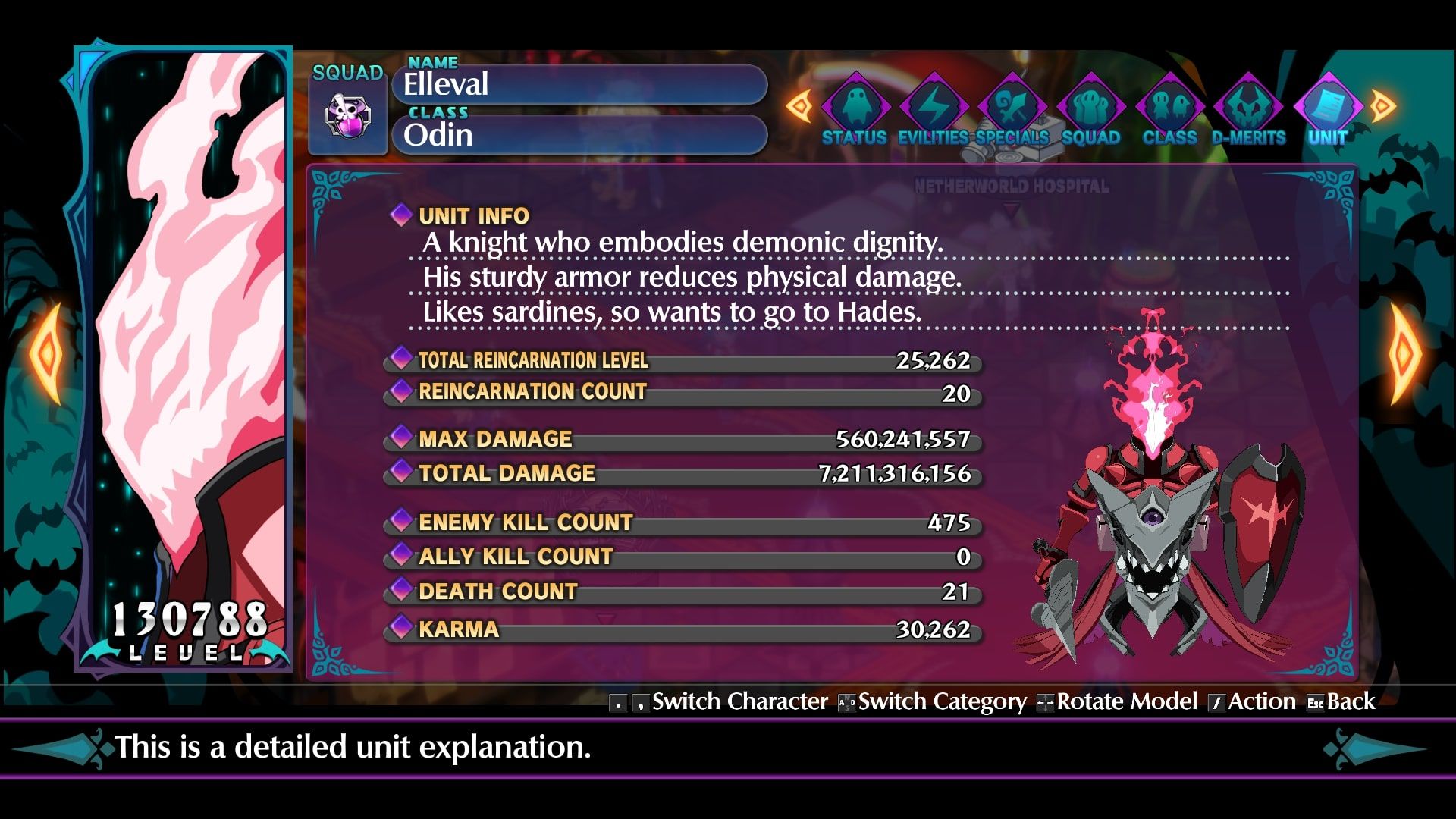 Horsemen are like Dragons, but with a slightly different focus. Dragons tend to be a bit more aggressive, whilst the Horseman is naturally more defensive. This is down to their naturally high DEF stat, and their love of Spears, which just so happens to buff DEF.

Horsemen are also large monsters, giving them all of the area denials of the Dragon – but with the added benefit of being borderline immortal. You throw a Horseman into battle, and they will tank until the end of time. Building them in such a way to gain access to bonus Counter Attacks can turn them into blenders too. Excellent class. 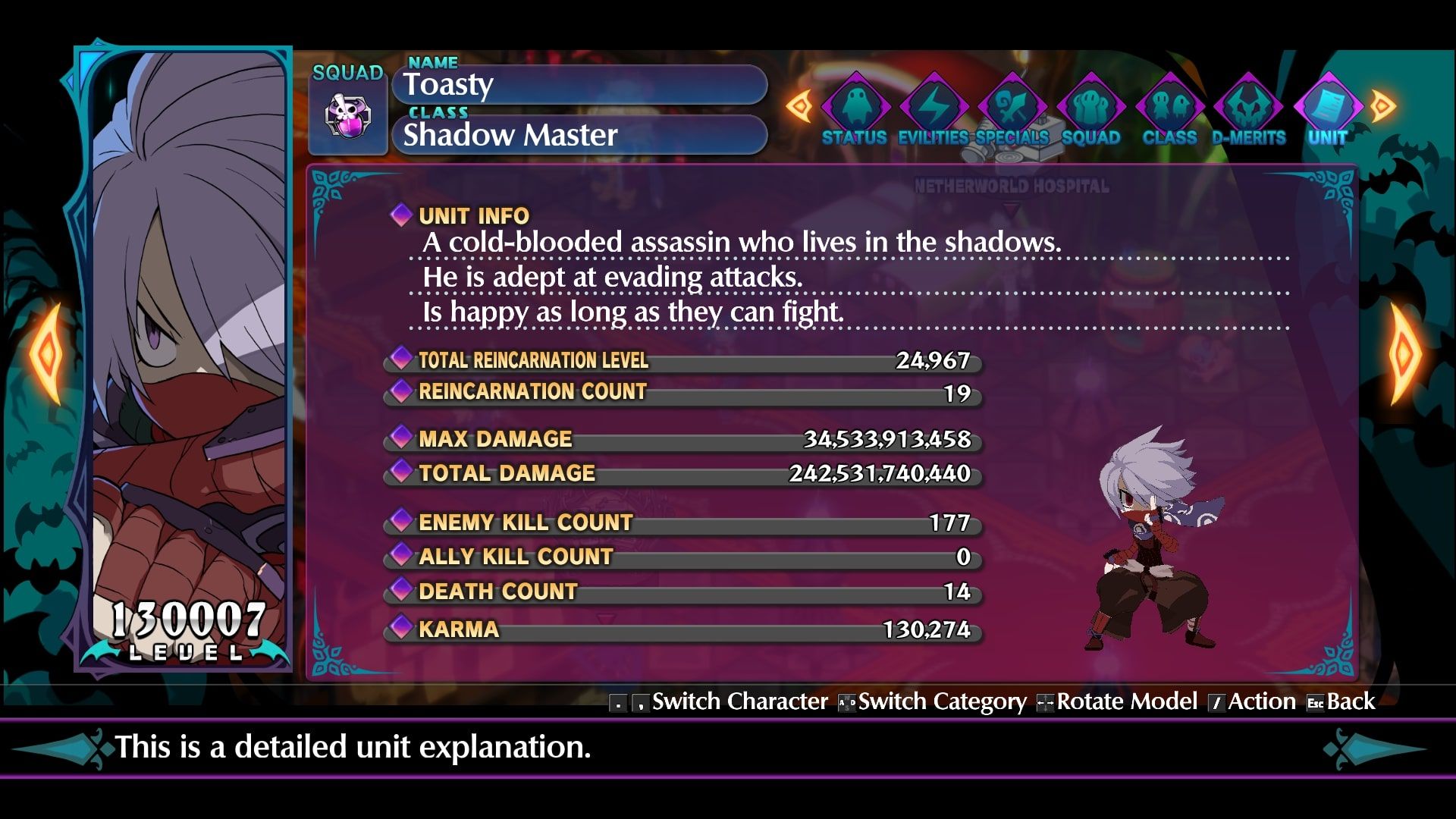 Ninja is Martial Artists 2.0. They do everything a Martial Artist does, but they do it better. They deal just as much damage, they can have access to the same Evilities. They are great with the same weapons. The big difference between them? The Ninja is occasionally unkillable.

Ninjas have a ludicrously high Dodge chance, which reduces the damage they take by a staggering amount. A Ninja can go toe-to-toe with just about anything, and they will probably walk out of the fight without a scratch. They also have a silly amount of Counter Attacks meaning they will cut their way through vast hordes of enemies whilst tanking to boot. 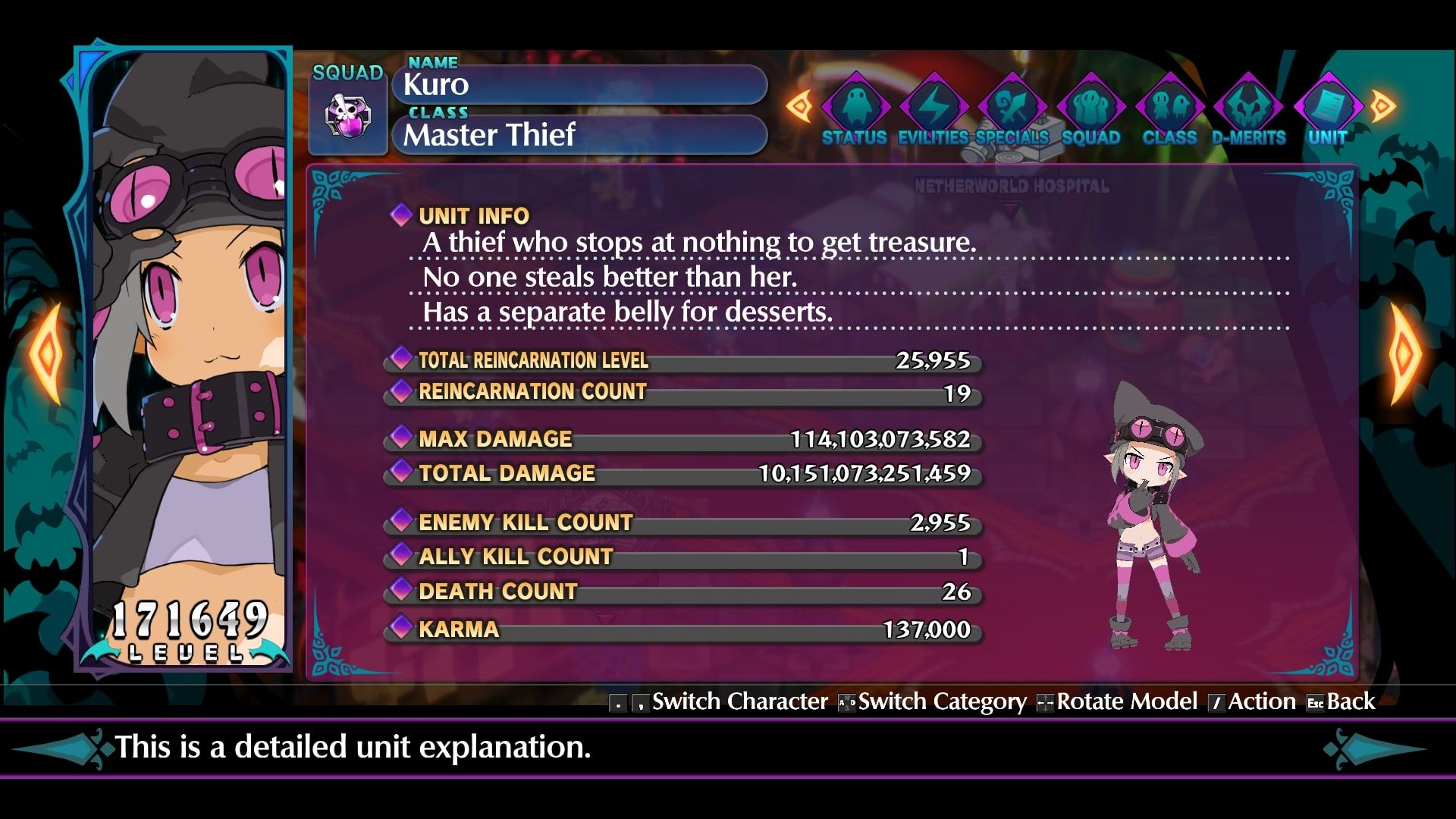 Thieves are always a must-have class in Disgaea. They are too good at what they do, and what they do is steal all the best items in-game. They are the ultimate tealeaf, and once levelled up, they can semi-reliably steal items from every enemy on a map all at once. If you want to steal a specific item from a specific enemy, they can do that too.

Throw in the ability to open chests from anywhere on the map, a buff that makes them surprisingly effective in combat, and decent stat-scaling once you unlock their final form, and you can’t go wrong with a thief. They work wonders in the early game and become essential in the late game. 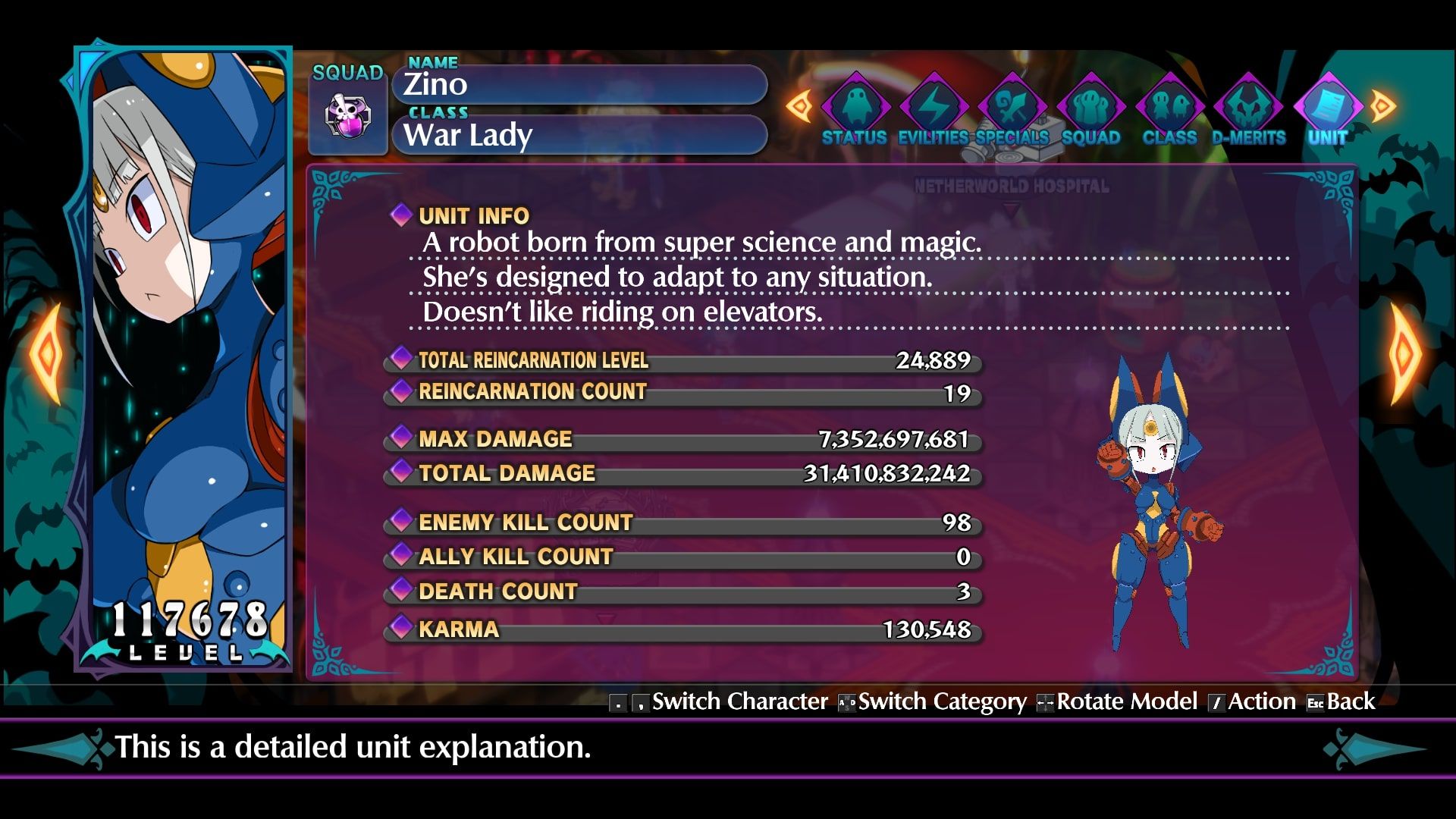 The Mecha Girl is close to being the best class in Disgaea 6. She is capable of deleting entire maps with a single attack. Her stats are perfectly balanced. She can use any weapon. The Mecha Girl is just a great choice. Her real strength comes from abusing the Item World, however.

Because Item World maps tend to be smaller, the Mecha Girl can very easily clear an entire floor instantly, allowing you to move on and make progress through the Item World at hyperspeed. There is only one catch, however. In the extreme late game, the Mecha Girl does fall off a bit. Until then though? She is a force of nature. 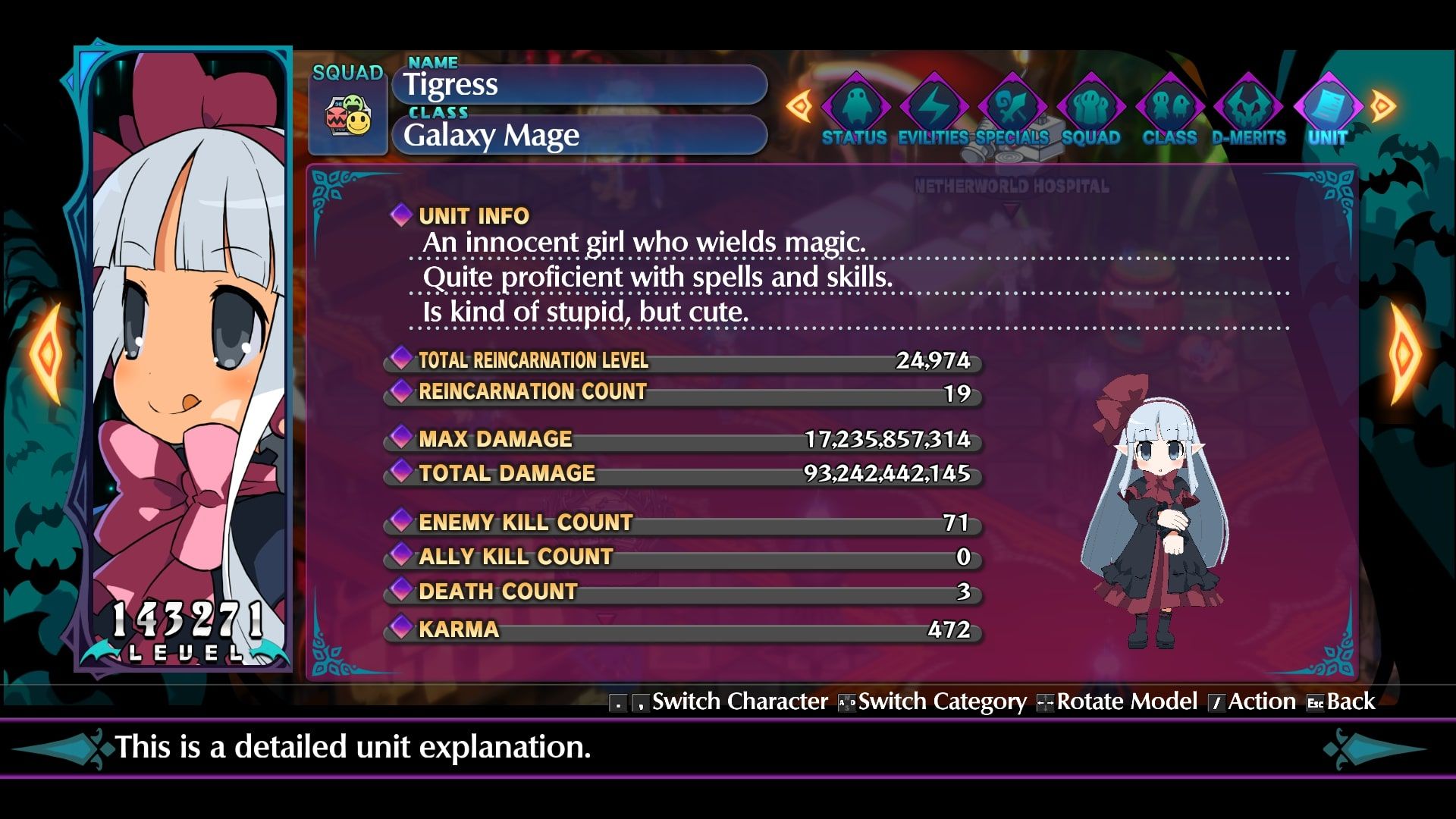 If you want damage, you go to the Witch. The Witch, with a bit of dedication, can learn every Elemental attack in the game, has access to Star Magic, and even from low levels, has enough power behind her to out damage just about everyone. When it comes to non-unique characters, the Witch is unmatched.

You will have to dedicate a lot of time to get her up to full power, however. She is very Mana hungry if you want to upgrade her skills, and you will have to Super Reincarnate her over, and over again if you want access to every spell in the game. It’s well worth the effort though. She’s a beast.

Crucible is creating agents to keep the metaverse open

Destiny 2 Season Of The Chosen: All Week 5 Seasonal Challenges