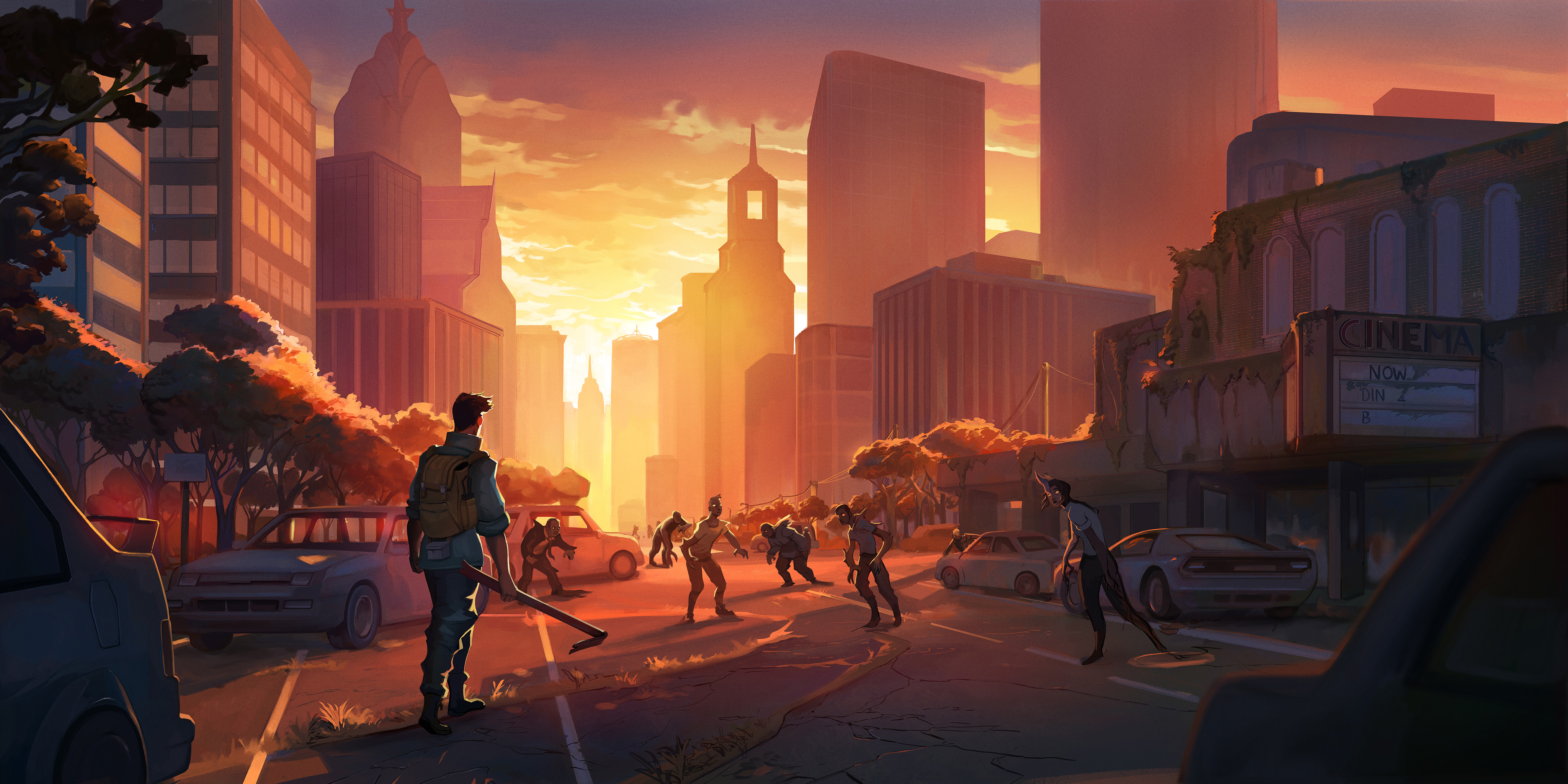 GameCentral’s regular look at the best in smartphone gaming includes a Cthulhu themed take on FTL and the excellent open world RPG Dysmantle.

This month App Store legend Phillip Stollenmayer has updated Bacon, his silly and uproariously entertaining physics-based meat throwing game, with a real-life prize for anyone finishing all its levels. New releases include Dysmantle, a PC port with the kind of scale and openness rarely seen in mobile; Guns & Dungeons, a brazen Archero knock-off; and polished puzzler Loco Looper.

The seemingly endless Cooking Mama franchise arrives on Apple Arcade in all its mildly surreal glory, which as usual has you preparing authentic meals from raw ingredients.

All the chopping, stirring, sieving, and rolling is ideally suited to touchscreen play, its frenetic action reminiscent of the brevity and insanity of the WarioWare games, even if this isn’t anywhere near as inventive.

There does come a point where frustration sets in, the randomly assigned ingredients making it hard to predict exactly what you’re cooking, which makes filling in the last few pages of the game’s cookery book an unnecessary chore, but for a bit of knockabout kitchen-centric fun, its first few hours remain highly entertaining.

In Gun & Dungeons you steer your hero around enclosed rooms, avoiding enemies and incoming ordnance, releasing your thumb to return fire. At the end of each room you collect gold and power-ups before moving on to the next wave.

If that sounds almost identical to Archero, that’s because this is in fact a slightly second rate rip-off of that game, substituting a gun for Archero’s bow and arrow, but keeping everything else, from gameplay to power-ups, exactly the same.

The level of plagiarism is astonishing, although apparently not actually illegal given the game’s presence on both the Google Play and App Stores, but for anyone yearning for a barely perceptible twist on Archero, this will absolutely scratch that itch.

Incremental games are tough to review, because their lifespans are long and progress deliberately slow, but early signs are positive, and its developer has been dropping frequent balance updates based on player feedback.

Free to download games often get a bad rap for being more like ‘experiences’ than games, the sparkly rewards, blings, and power-ups accruing with little or no player skill.

Although Offroad Unchained requires a small degree of concentration, it plays more like a rhythm action game, your swipes going into corners joined by taps as you take off and land, the correct timing giving you a small boost.

As ever, it’s mostly about upgrading to stay competitive, in a game that’s car themed rather than being anything to do with the mechanics of driving.

Playing a little like fellow roguelike, FTL but set on a pirate ship in a grimdark Lovecraftian world, your job is to sail and maintain your boat, pillaging all who happen across your path, while saving gold for new ships and upgrades.

That also calls to mind indie gem Sunless Sea but here the battles are handled very differently. They still take place in real-time, but you can pause whenever you like to issue detailed orders, directing crew members to fight, repair damage, and board enemy vessels.

Abandon Ship is interesting, deep, and well constructed. It’s not quite in the same league as FTL or Sunless Sea but is nevertheless a solid game. It’s definitely not free though, with only a 15-minute tutorial playable before you have to buy the game.

Taking place on a series of charmingly drawn spherical planets, your job is to lay railway track so that a miniature train can drive round it, while doing your best to use every single piece of track in each puzzle.

You’ll start by learning how to lay, rotate and delete track pieces using an interface that’s elegantly designed but a little too eager to guess what piece you want to place next, regularly getting it wrong.

Void-X is a near monochrome side-scrolling 2D shooter that owes more than a nod to Gradius and its ilk, while still retaining its own distinct personality.

Starting from scratch each time you play, waves of invaders are interspersed with mid-level and larger bosses, who leave power-ups and extra lives when you dispatch them.

It’s a compelling game, but as your skills improve sessions can be finger-achingly long, making it not particularly well suited to mobile.

In the vast open world of the aptly entitled Dysmantle, you’ll be killing various denominations of post-apocalyptic undead, whilst smashing absolutely everything in sight to recover crafting components.

The north of the map gets progressively colder, while the south increasingly hot, forcing you to change equipment to compensate, and adding extra spice to the game’s gated progression.

There are few titles on mobile with such massive scope, freedom, and lack of hand-holding. It’s refreshing to be treated like a grown-up for a change, and its controls work well on a touchscreen. Highly recommended.

Evangelion 3.0+1.0 Earns Over $62 Million During First Month Of Ticket Sales