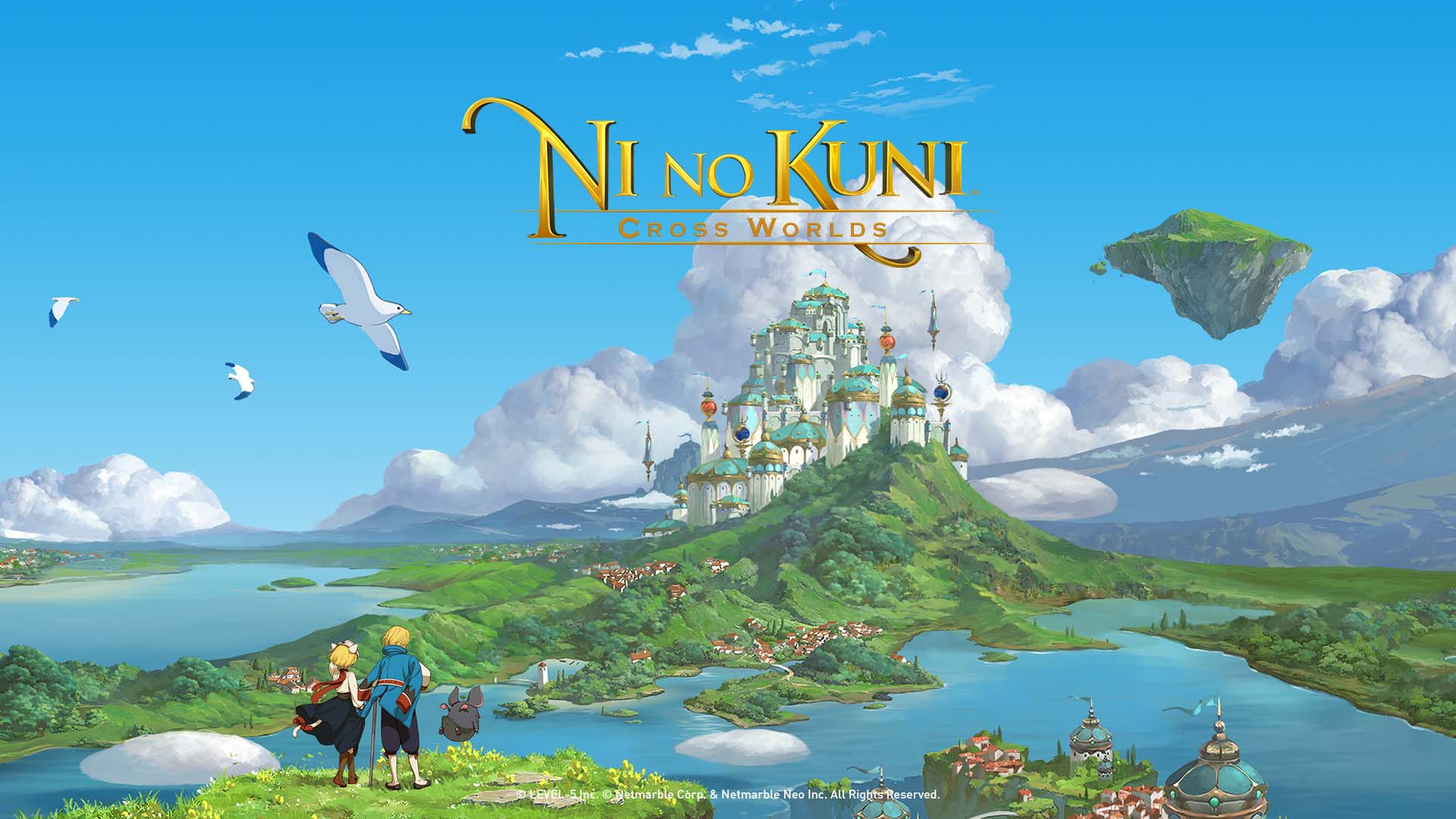 Big name games including Apex Legends, Diablo, and Ni No Kuni come to mobile and one of them is the worst game of the year so far.

In one of the biggest months ever for mobile gaming, we’ve seen launches of Ni No Kuni: Cross Worlds, Apex Legends Mobile, and Diablo Immortal – all in the same four weeks. Although all are big names in their own right, they could not be more different in their approaches, as they range from highly playable to an early candidate for worst game of the year.

Messy, glitchy and with terrible controls, Goat Simulator is a game that revels in its multiple shortcoming and basks in its innate absurdity. In it, you guide your four-legged anti-hero to head butt everything in sight – or lick it with a grotesquely long tongue.

Blow up cars, send people flying, jump off tall structures, and do your best to combat the terrible controls just enough to fulfil each level’s litany of objectives.

Goat Simulator’s re-emergence on Apple Arcade is identical to the original release, offering its peculiar demolition-orientated delights to a new generation.

Flushed with success from its console and PC outings, Apex Legends gets a lot of things right in its transition to mobile.

Using Call of Duty Mobile’s trick of combining aiming and shooting under your right thumb, its clutter of other controls need to be navigated carefully on a touch screen, which is clumsy but manageable, especially since there’s no cross play with other platforms. Using a Bluetooth controller, those problems evaporate instantly.

It’s noticeably harder precision aiming sniper rifles, giving shorter range fully automatic guns an advantage, but its roster of 10 legends unlocks more quickly than it did on PC and console, and matches have the requisite speed and tension. A solid start.

This unlocks embassies and peace treaties, making it easier to team up with a fellow player or indeed an AI if you’re feeling brave. The new Cloak unit lets you invisibly scout enemy territory and foment discontent in their cities by way of surprise attacks by Daggers, another freshly minted unit.

Balanced, concise, hugely playable and genuinely free – its paid add-ons strictly optional – this is a wonderful excuse to go back in and rediscover Polytopia’s estimable joys.

Diablo’s gameplay loop is already ideally suited to mobile, and this iterations’ brief missions well understand the time limitations of small screen players, the relatively sedate pace of its combat letting you trigger special moves smoothly and consistently on a touchscreen.

Naturally, there are almost limitless inducements to spend money, and the combat’s a bit mindless, but even playing for free there’s a decent feeling of momentum to your characters’ development, although as with most long-termers the endgame may be a very different story.

Netflix has had an enviable run of quality mobile releases for its incipient game subscription service, and it was inevitable that would eventually come to an end. And so it is with this pair of lightweights.

Relic Hunters is an 8-bit-style shooter with small, blocky arenas where you run around auto-aiming at the nearest baddie. It’s fine, but the shooting is blandly basic and never gets any more interesting.

Townsmen is a heavily guided city builder that has you repairing and renovating a dilapidated kingdom. They’re both ported from freemium titles and bear the scars of having their free-to-play mechanics ripped out and replaced with slightly less addictive microtransaction-free ones. Not absolutely terrible but offering fleeting interest at most.

Get your economy going with peasants farming and collecting wood, capture some mines to gather metal, build houses and barracks, then start stockpiling siege weapons to take down opponents’ capitals while maintaining a balance between resource production and defence.

It’s no Age of Empires, but is a well designed and addictive take on the genre with a generous campaign and online multiplayer modes.

A twist on the classic brick-smashing Breakout formula, Newtro has you manoeuvring paddles to keep one or more balls bouncing around, popping obstacles on screen.

Unlike its ancient forebear, this time you’ll be dealing with multiple balls and shapes of paddle, and a variety of different screen and brick layouts.

There are some you’ll immediately realise are bad ideas – the minutes you spend watching an errant ball bounce around a circular level, studiously avoiding your centrally located bat, are minutes you’ll never get back – but there are plenty of others that make you wonder why nobody had thought of them before. Lightly inventive goodness.

With its gorgeous Studio Ghibli artwork and charmingly offbeat dialogue translation, Ni No Kuni makes its way to mobile. Sadly, that’s the end of the good news, because Cross Worlds features all the worst things about modern mobile gaming.

Auto-run to objectives, auto-battle, in fact auto pretty much everything apart from advancing conversations, making your part in the process closer to passive observer than player, your frictionless passage through its content requiring neither skill nor any kind of substantial input.

Way worse than that, its most powerful equipment is for sale straight away via NFT, exacerbating the inherent imbalances of its gacha loot box economy. It’s utterly depressing seeing Ghibli’s creative work in such a shameless, soulless cash grab.

Did 343 Just Forget To Give Damage To Half Of The Guns In Halo Infinite?

Returnal Update 1.3.6 Drops Today And Gets Rid Of Save Corruption Bugs