One of the most unique mechanics found in COD Mobile are the Operator Skills. These special abilities are just as important as your primary weapon and equipment choices, so ignoring them will put you at a major disadvantage. Here’s a comprehensive guide on everything you need to know about Operator Skills.

Operator Skills in COD Mobile are powerful abilities that function somewhat like an ultimate ability in other games. They are a part of every character’s loadout, so there’s no excuse to not be taking advantage of them when all of your opponents certainly will. You will gain access to more options as you level up, so always update your loadout with a new one if you think it will better fit your playstyle.

Operator Skills can only be used in traditional game modes in COD Mobile – not in alternative modes like zombies or battle royale. They will need to be charged before you can use them, but you can speed up their charge by increasing your score. That can be done by killing enemies as well as completing objectives. Once charged, you simply need to hit the Operator Skill icon on the right side of your screen to activate it. 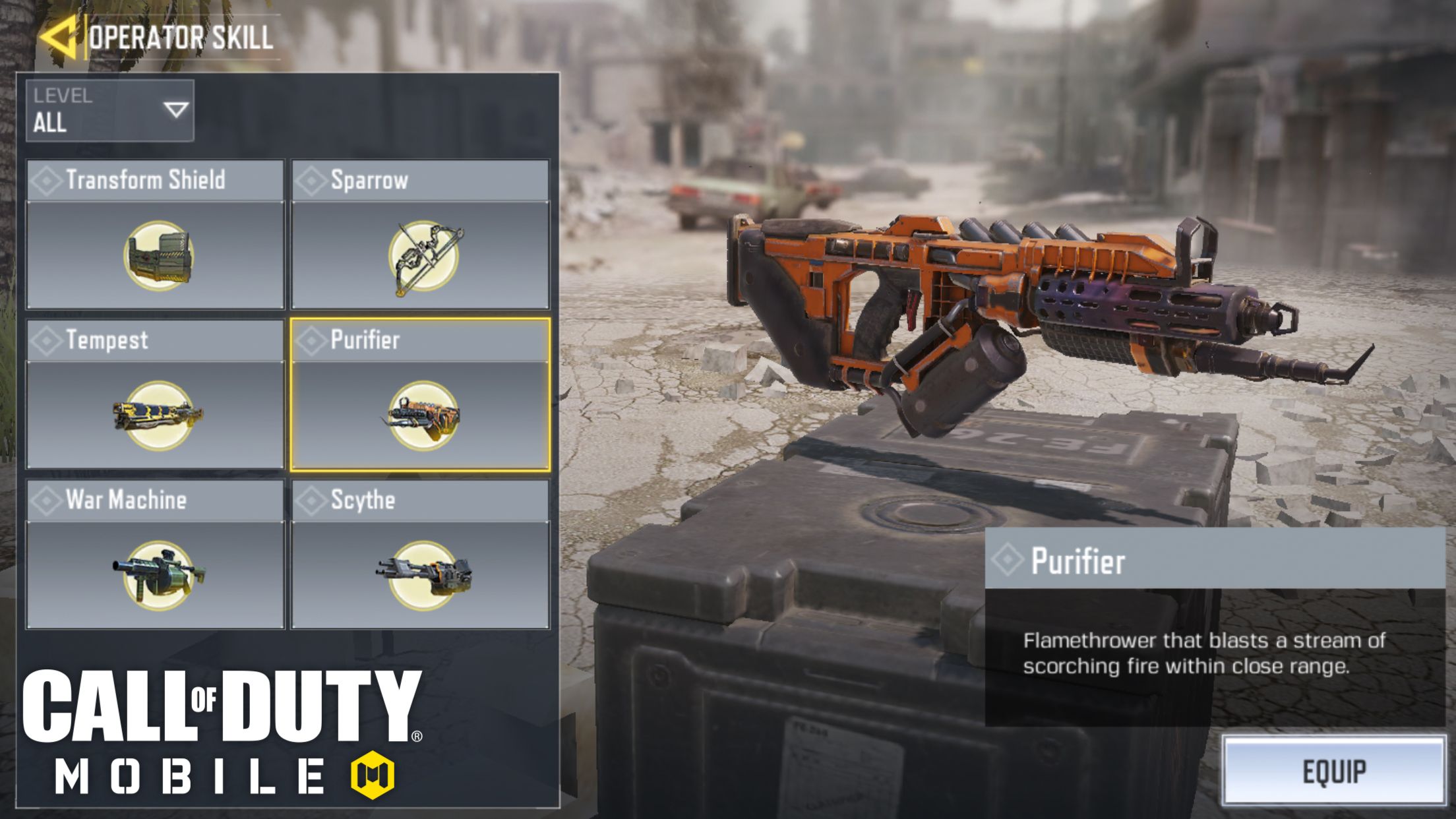 Unlocked at level three, this is the first Operator Skill you will get. Once activated, Purifier will swap your weapon with this flamethrower to scorch any enemy in range dealing immediate damage, plus fire damage over time. The flames have a massive AOE, and such high damage that it can wipe out an entire squad in seconds if played correctly.

The only drawback to the Purifier is a limited range. Only whip this one out in close quarters to avoid enemies being too spread out or far away to use effectively.

You won’t unlock Scythe until you hit level 15, but boy is it worth the short wait. Unlike most mini-guns, this one only gets more accurate the longer you fire it. Because it incentivizes sustained fire, it works best when you have a lot of targets to take down.

Still, being a mini-gun, you need to account for a long wind-up time, so don’t be afraid to start shooting before putting yourself in the line of fire. 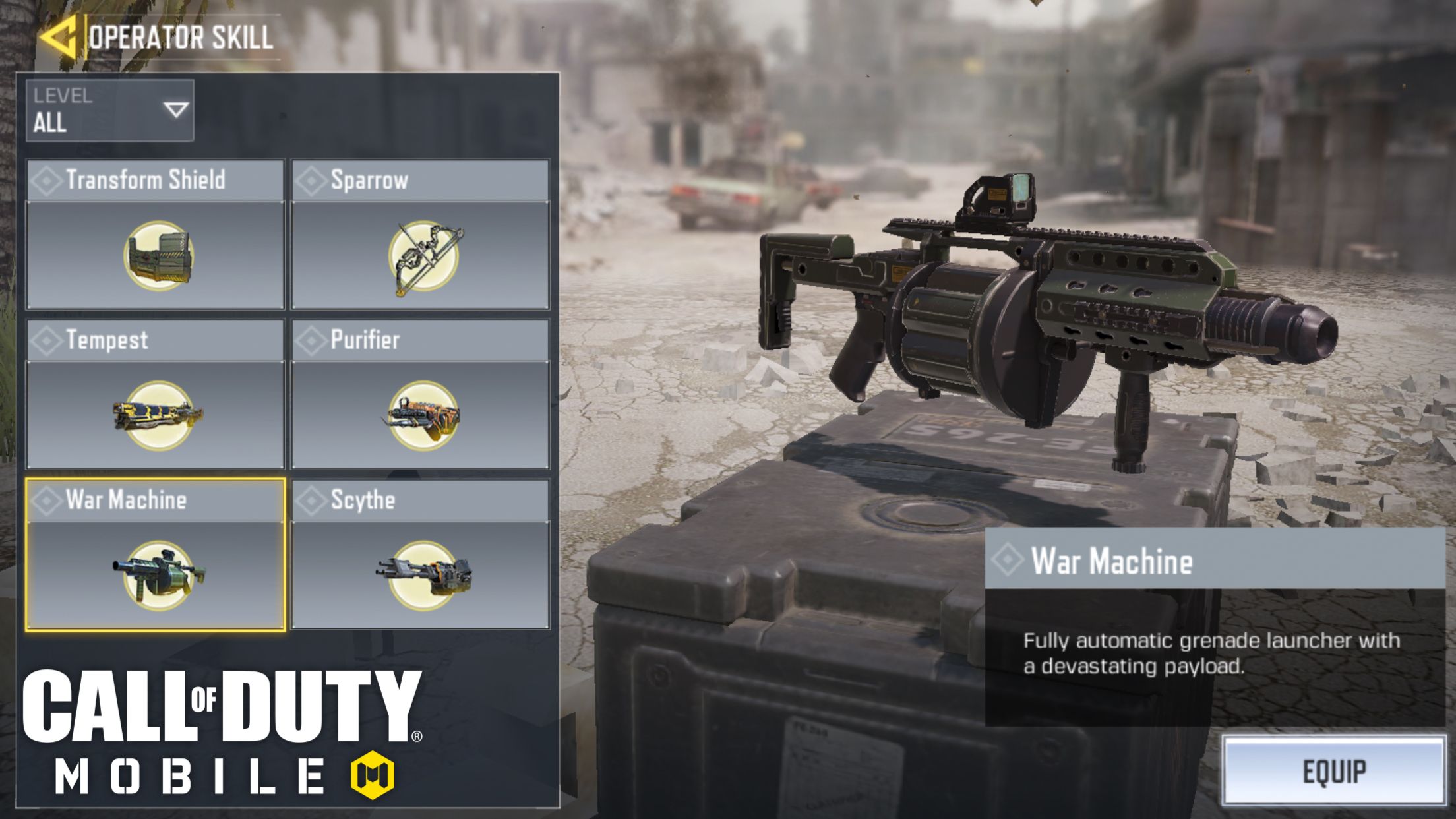 A quick firing grenade launcher arrives at level 26 and is bringing the noise. You’ll need to get comfortable with the arc of how the grenades are launched, but the splash damage makes it quite forgiving. You can even aim at the environment rather than individuals to catch them in the blast easier.

Bear in mind that these grenades do count as explosive damage, which some players could be more resistant to if they’re wearing a blast vest, although that’s nothing a few more grenades can’t compensate for.

Things get crazy once you reach level 35 and unlock this lighting spewing weapon. Not only does this gun blast an arc of electricity to any target you can get your sights on, but will also chain to any of his friends that happen to be standing too close. That makes it not only great for single targets, but maybe even better for taking out groups.

Just make sure you are ready for a slight delay when you fire as the gun charges up. Like the Scythe, stick to cover until you’re ready to pop out and zap away.

The first defensive Operator Skill unlocks at level 50. The Transform Shield may seem simple, just a deployable bit of cover, but can quickly swing the tide of battle if used intelligently. Use it to block doorways, choke points, or to cover your flank. An added bonus is a small AOE flash that goes off when the shield is deployed that temporarily disorients enemies. 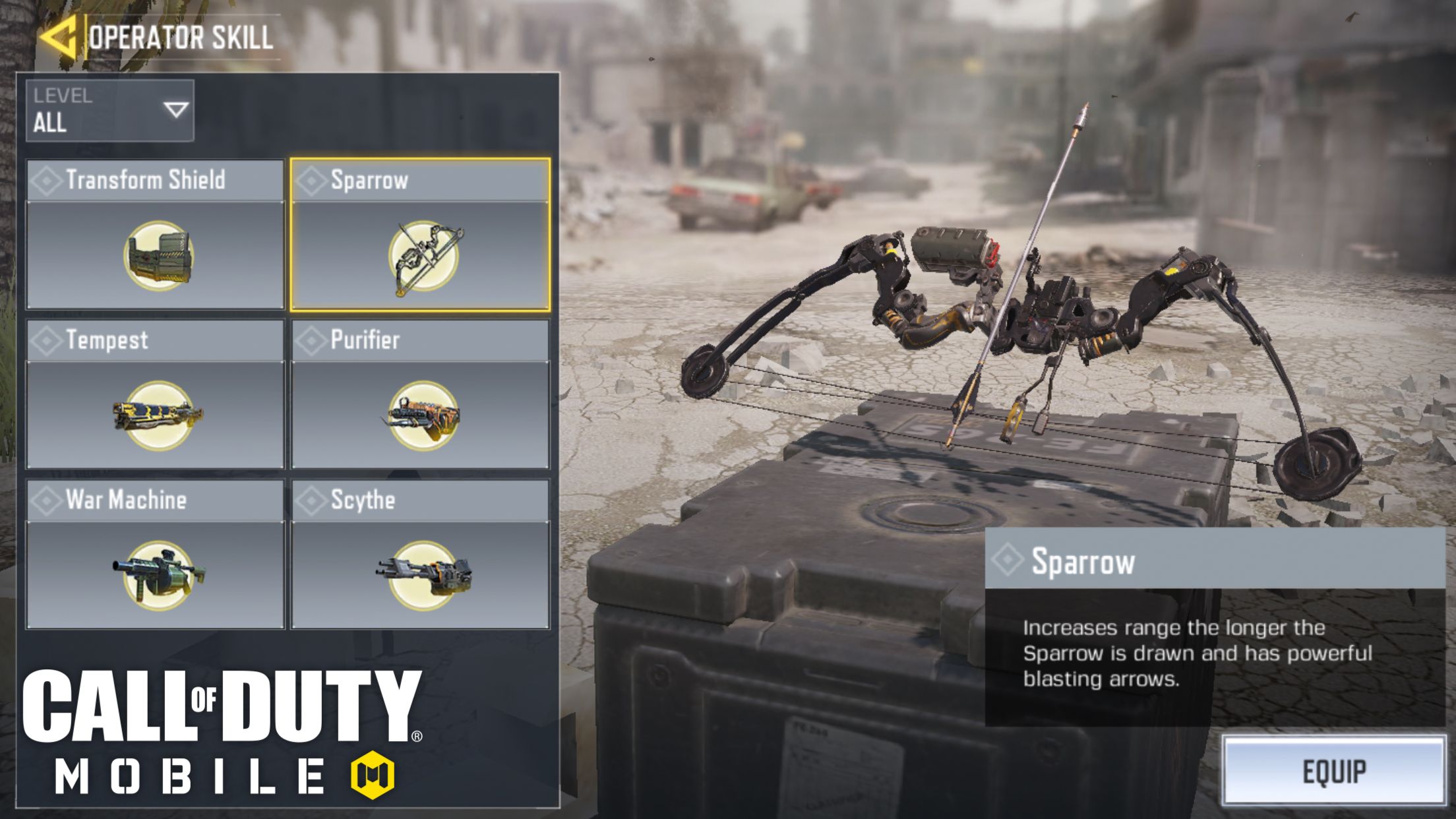 The first Operator Skill you need to unlock through in-game events is the Sparrow, a bow dishing out explosive arrows. You can control the range depending on how long you hold the fire button, with a tap giving it a short arc and holding it increasing the range and speed of your shot. This allows you to choose between trying to lob several shots quickly and get a quick kill or two, or taking your time to fully draw the bow and snipe an enemy from long range.

If you’ve played Black Ops 3, you’ll recognize this beat of a power weapon added in COD Mobile Season 6. You can only get it through the Season 6 Battle Pass or purchasing it in the store for 2,000 credits. This gun is an instant one hit kill on any target regardless of range, plus can even pierce cover.

Another piece of Black Ops 3 representation can be purchased in the store for 2,000 credits. They function essentially the same as they did in the prior game, slamming into the ground and sending out a shockwave to damage all surrounding foes. But, to make it just a little bit better, getting a kill with the Gravity Spikes will automatically recharge them for another slam. 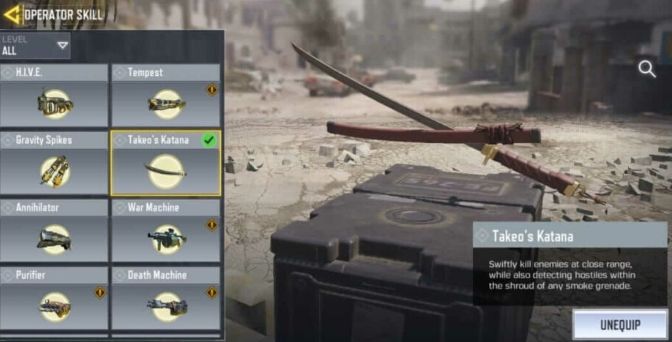 Formerly known as the Katana, the renamed Shadow Blade was changed to resemble the weapon of the same name from Black Ops 4. Once you draw this blade your perspective will switch to third person, your speed will boost, and swiping will dash you towards a nearby target for a one hit kill. It comes with a lot of risk, but if you can utilize the speed to flank unsuspecting enemies you can cut them down before they even know what’s happening.