The first time I reached Anor Londo in Dark Souls, it was like being punched in the face, kicked in the teeth, and then chucked over a cliff in a bodybag tied to cinderblocks. Unforgivingly brutal? Not even cutting it. The rafters with the prickly ranged enemies, the walkways with archers firing comically large arrows, and the cramped rooms full of silver knights are why this city is so infamous. But I soldier through to the end, slaying Ornstein & Smough after countless deaths, only to find a giant woman in a chair, unnervingly relaxed. There’s a message by her, “Amazing chest ahead.” After that gruelling journey, I’m sitting here chuckling to myself.

Dark Souls is an online game but it’s also intrinsically lonely. Its entire world is built around uncomfortable isolation, yet you can summon help or invade others, choosing to be an absolute twat as you make their game harder than it already is. A big part of maintaining this loneliness is thanks to how communication in the game works. You can’t talk to people. Not really. Instead, you can leave breadcrumbs behind in the form of messages which are made entirely out of pre-written prompts. “Amazing chest ahead” strings together a series of words meant to reference loot chests, not Gwynevere’s. 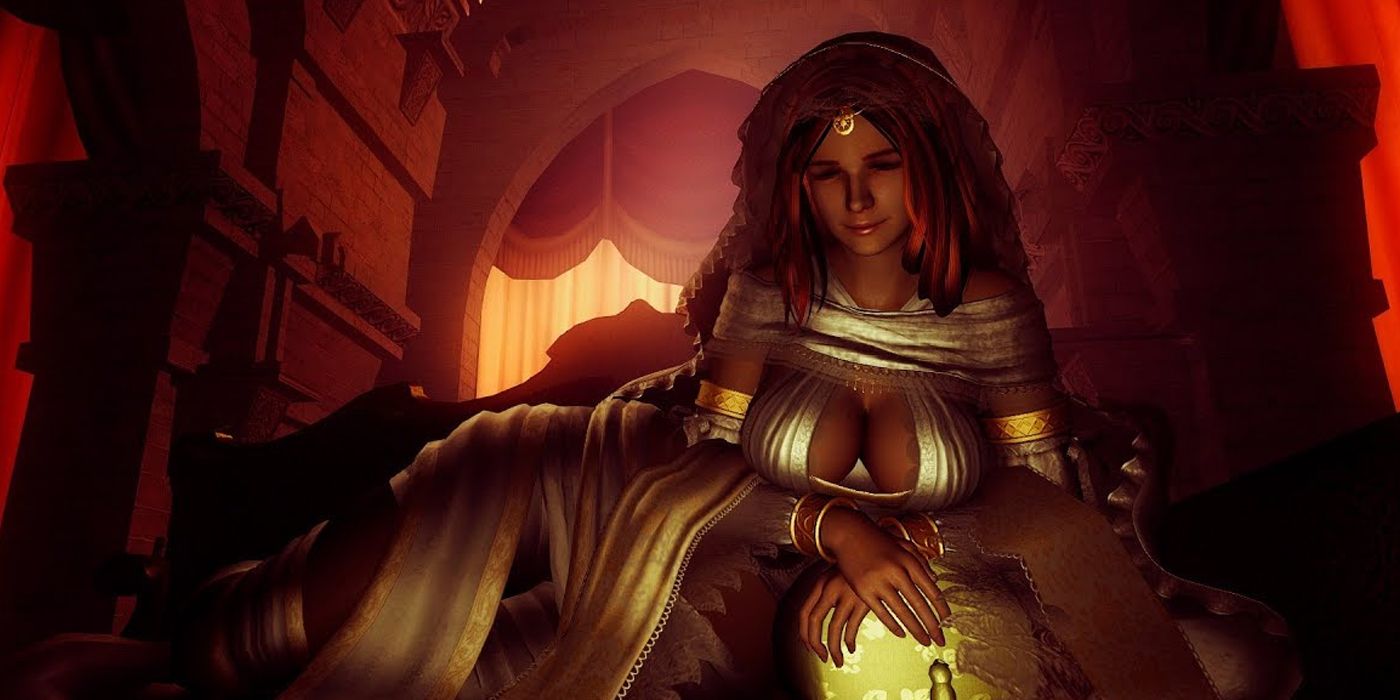 Some are helpful, pointing you to secret walls, treasure, or warning you of coming ambushes. But then some tell you to walk off a cliff and you do because all the others have been helpful so far. Bastards. But then others are comical and outright nonsensical. Take Dark Souls 2. It’s chock-full of empty rooms and haphazardly put together levels, a leftover symptom of its rushed development. So there I am, walking up the stairs at the docks into an empty box – no enemies, no loot, no secrets, no furniture. It’s just a box. Weird, eh? Then I see a message that says “pointless” and I laugh to myself. Aye, it is pointless, and I’m glad someone said so. Someone who I will likely never meet or interact with made me laugh with the simplest of comments – isn’t that beautiful?

Dark Souls is a weirdly wholesome game for online communication. A big part of that is because it’s not free. You can’t just open up a text box and write whatever you want – you have to use prompts that FromSoftware has laid out, like a Mad Libs minigame that crosses over into other people’s adventures. You can even upvote, downvote, and add funny gestures – they’re a lively part of the environment that is entirely built up by the community, tying them into the very foundation of the games – a tradition that Elden Ring is set to continue. But they're seldom toxic. 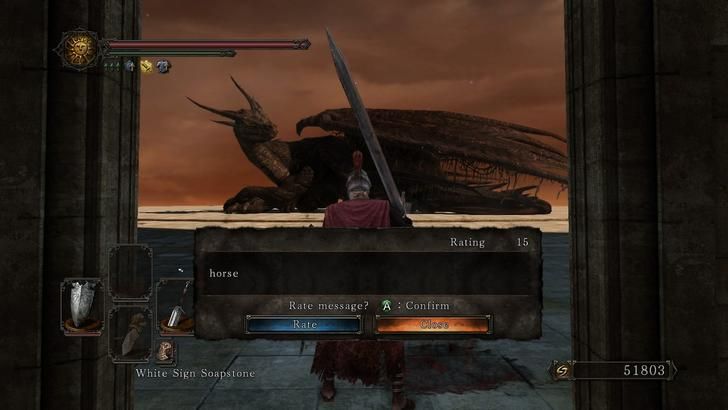 Chats in games usually have slurs chucked in every other message or people getting at each other’s throats, bigging themselves up as the ultimate gamer, but Dark Souls doesn’t have that. “Ambush ahead” – thanks, stranger. “Despair” – I feel you. “I did it!” – me too, bud. There’s no direct line from one person to another or a giant open board like you’re screaming in the town centre, saying whatever random bullshit comes into your head. Instead, it’s like leaving messages in bottles, letting them bob in the ocean for some other sailor stranded at sea to find and open. Will it be a funny riddle? A gag? A helpful tip on how to get back to land? I don’t know, but I wanna open it and find out. And most of the time, I’m glad I did.

I treasure Dark Souls’ approach to online communication because it’s so unique. Giving players a stricter way of talking to each other makes it all the more interesting. It creates a homogenous community, a sense of belonging in this world of like-minded players – we’re all in the same boat, paddling along, and we’re constantly in each other’s loops, strangers’ loops, and that anonymity without the toxicity is so unheard of but so damned welcome.

Resident Evil Village Is Scariest When Nothing Is Happening