Destiny 2: The Witch Queen features some of the best weapons we've seen in the franchise. Likely Suspect, Cantata-57, and Explosive Personality are just some of the most notable weapons from the expansion. However, some of those weapons don't hold a candle to what you can earn from Vow of the Disciple, Destiny 2's latest raid.

Vow of the Disciple has six Legendary weapons for players to earn and even craft—provided they earn enough Resonance variants. These weapons have a great Origin Trait, aesthetic, and can roll with some powerful perk combinations. Let's go over all six raid weapons, discuss what makes them unique, and recommend the best roll for PvE and PvP. Use the table of contents above to jump to the weapon that interests you. 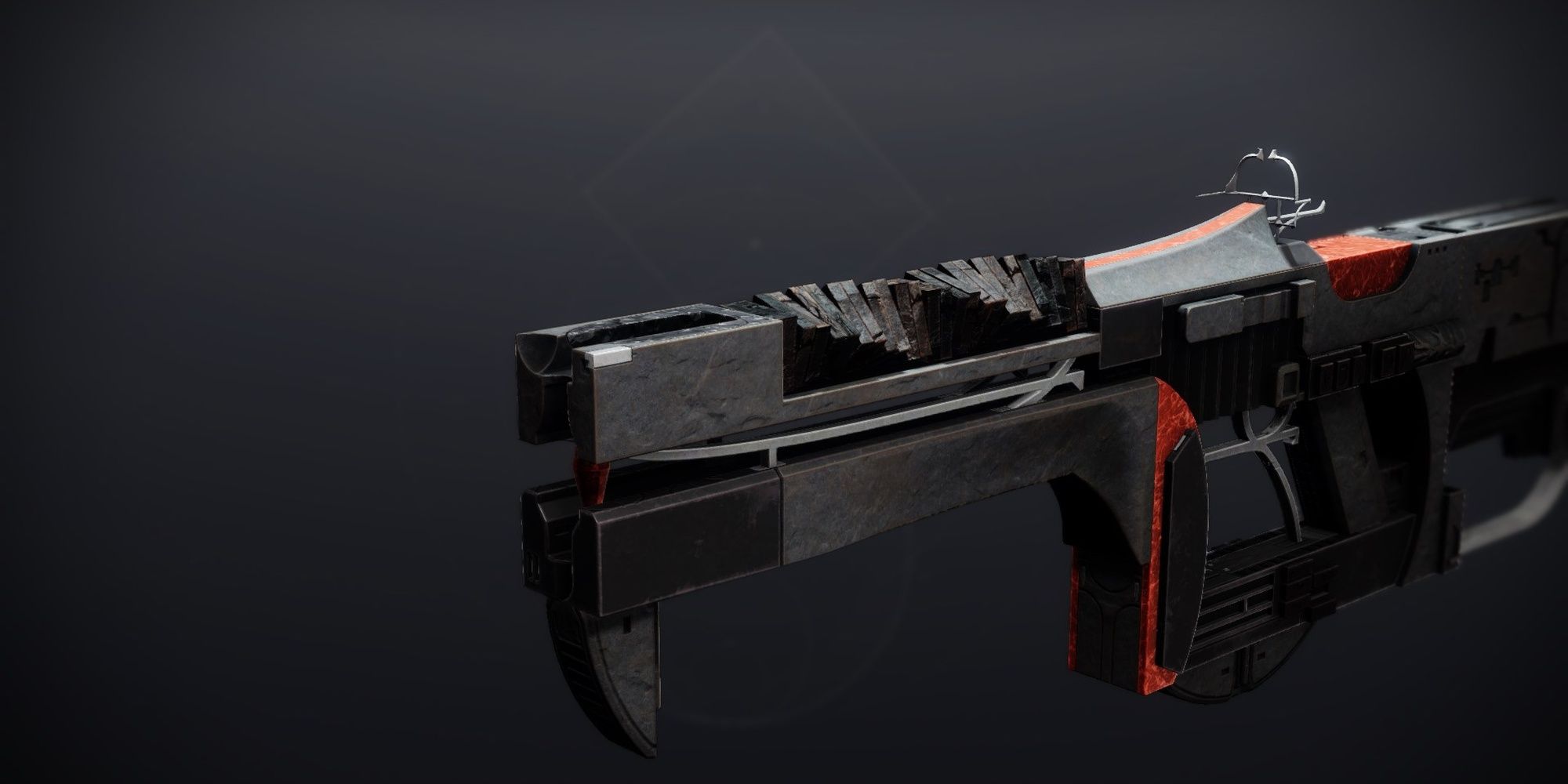 Cataclysmic is the first Linear Fusion Rifle that drops from a raid. With the raw firepower of Reed's Regret and Threaded Needle, what does Cataclysmic bring to the table? This is the first LFR to roll with Fourth Time's the Charm, has access to multiple damage perks with high uptime in PvE, and it is the first Heavy weapon to roll with Successful Warm-Up.

The real star of the show is Fourth Time's the Charm, allowing this weapon to fire ten shots before reloading. You can pair this with High-Impact Reserves, Bait and Switch, or Focused Fire to dish out some fantastic boss DPS. And since it's a Solar weapon, it pairs exceptionally well with Wellocks looking for a good Heavy to pair with Font of Might.

Cataclysmic can also bridge the gap as a more traditional Heavy weapon, taking on majors and bosses when your Special simply won't do. Successful Warm-Up and Adaptive Munitions is a solid pick for Master Lost Sectors and Nightfalls, allowing this weapon to quickly kill majors and widdle down enemy shields. But in our view, this weapon mostly shines as an alternative to Reed's Regret and Threaded Needle. Keep an eye on this weapon when Solar 3.0 releases.

For PvP, Cataclysmic isn't worth using. Reed's Regret and Threaded Needle have similar or slightly better stats and can roll with Vorpal Weapon to shutdown Supers. Cataclysmic can use No Distractions and Box Breathing to snipe enemies from afar, but that's about all this weapon has going for it. Linear Fusion Rifle fans are better off using another weapon, but if you're farming Vow of the Disciple and get this roll, give it a spin and see what you think. 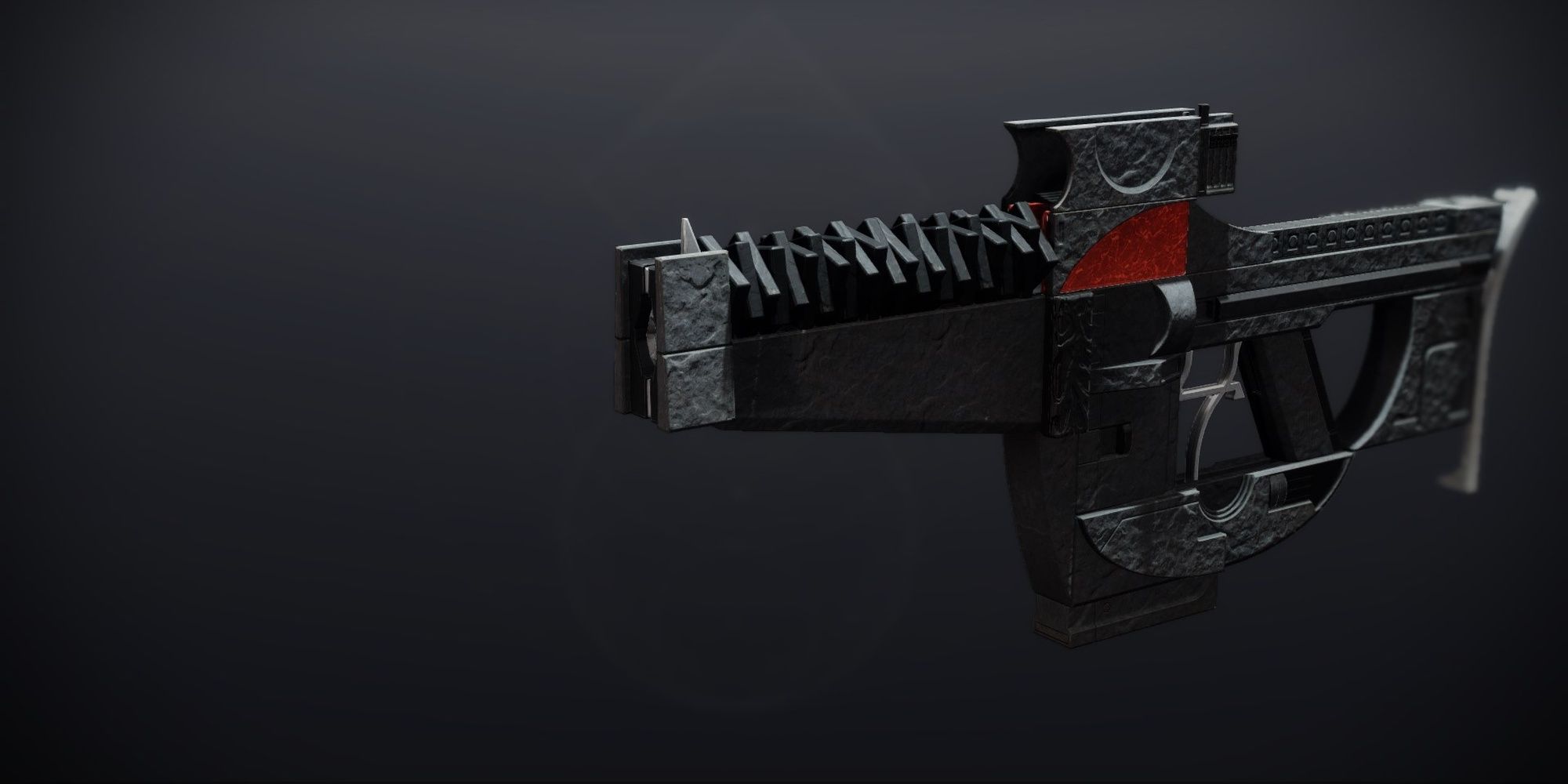 Deliverance is the first Kinetic Fusion Rifle in Destiny 2 that doesn't take up your Exotic slot, immediately making it desirable for Guardians that main Energy Primaries. Beyond that, Deliverance is capable of rolling Chill Clip to create some absurd Stasis synergies. And for those who don't care about Stasis, this weapon's enhanced traits give Deliverance the highest DPS out of all Special Fusions in the game.

Demolitionist rolls in the first column. It doesn't matter what build you're running; Demo in the first column is S-tier and extremely rare. If you're going to farm for this gun, make sure it has this perk. Beyond that, the second column has some interesting choices. Chill Clip is quite generous and works for just over half of your magazine, inflicting Stasis Slow with each shot. Two bursts will freeze a target in PvE, inflicting shatter if you damage them again. And yes, this synergizes with Stasis Aspects and Fragments. Revenants with Grim Harvest will love this Fusion Rifle, spawning Stasis Shards whenever they defeat a slowed target.

For non-Stasis users, you can craft a pure DPS configuration with Cornered and Surrounded. The enhanced version of Surrounded increases the damage bonus it gives to 40%. Surrounded Spec bumps that higher to a 47% damage buff when surrounded. If you're looking for a powerful close-range weapon, this is it.

Deliverance is a laser with the right roll. Precision Frame Fusions have tight bolt spreads, but you can make this weapon even stronger with Perpetual Motion and Tap the Trigger. With Perpetual Motion x2 and Tap the Trigger active, Deliverance will have no issue disintegrating targets from SMG distances. Even if you don't care for Fusion Rifles, get a good roll of this weapon; it opens up your Energy slot for weapons like Palindrome and Cantata. 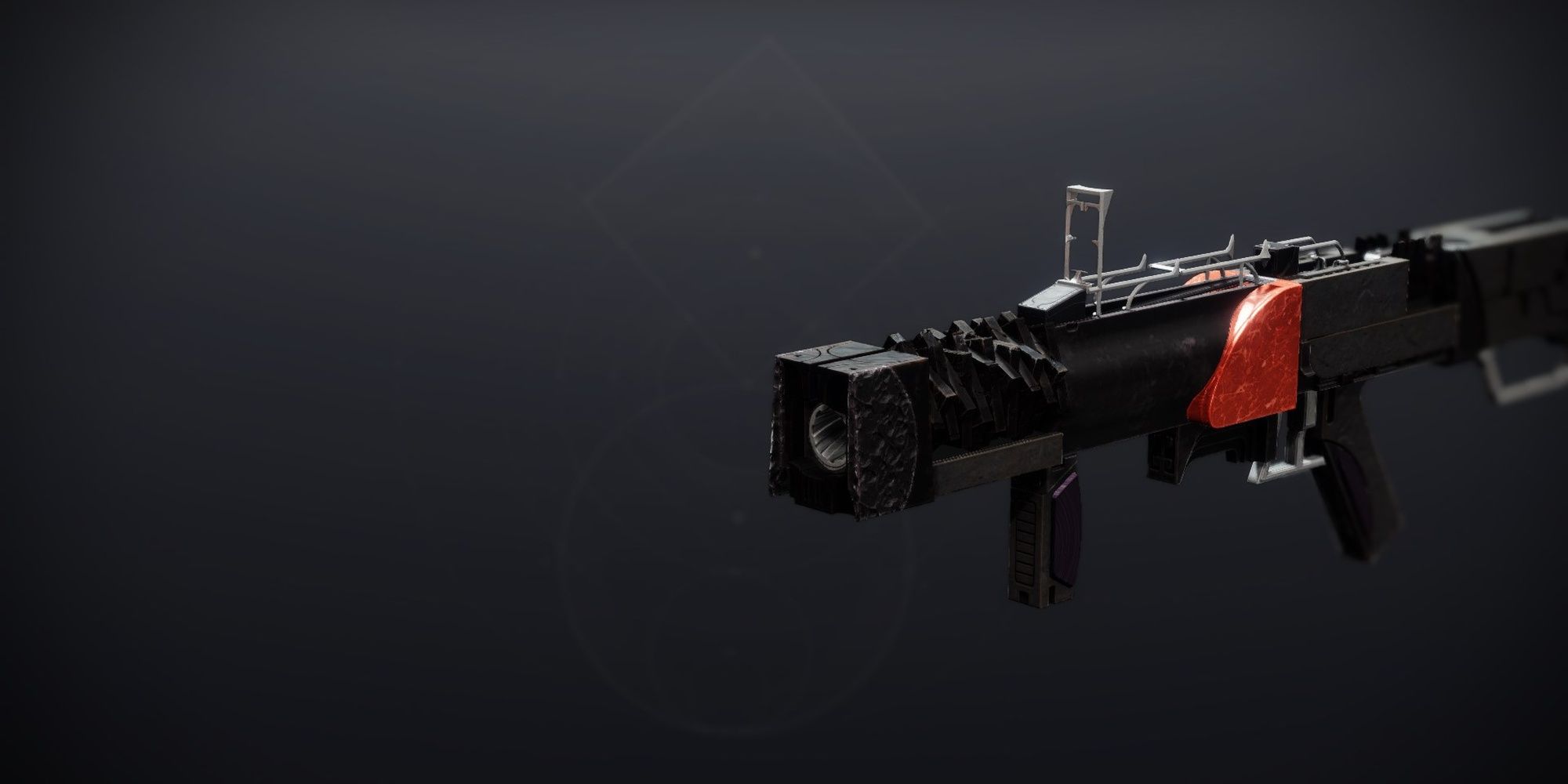 Forbearance is a Wave Frame Grenade Launcher that can get Chain Reaction, the first of its kind. It hits hard, provides an immense amount of add-clearing potential in PvE, and it can even serve as a solid Crucible weapon.

Chain Reaction is the star of the show. Kills with this weapon will cause targets to explode, dealing even more damage over a small area. A single shot is all you need to clear an entire pack of enemies. If that doesn't kill everyone, you can pair Chain Reaction with Ambitious Assassin for two shots in the magazine. The add-clearing potential of this GL is only matched by Salvager's Salvo.

Forbearance isn't as powerful as Explosive Personality or most Lightweight GLs, yet this weapon can still be useful for setting up a blint—damaging a target with your GL before swapping to your Primary, landing a swift final blow. Surplus and Wellspring is a great combination to make Forbearance quick to ready and reload. 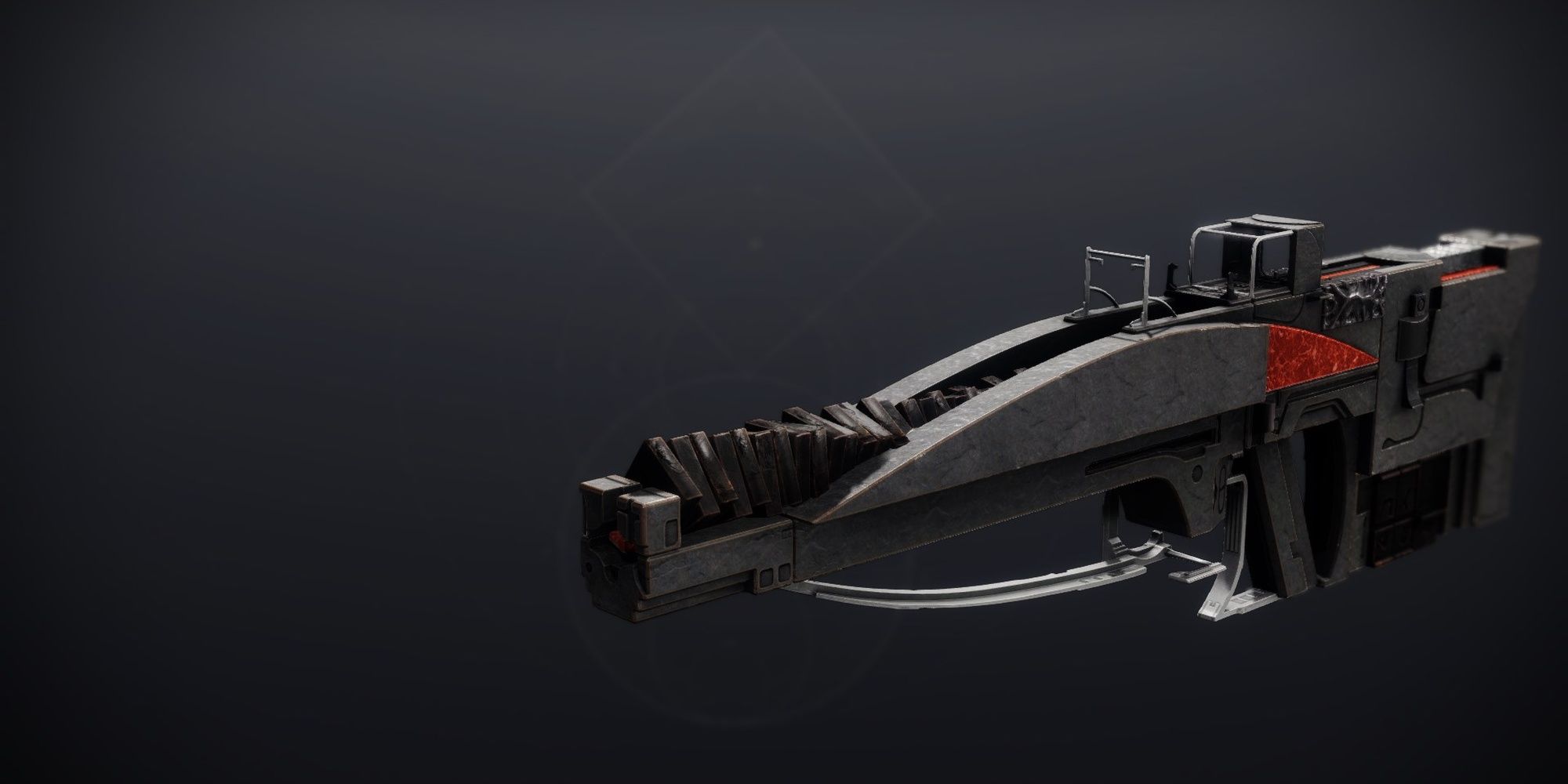 Sacred Provenance finally has a rival. Insidious is an Arc Pulse Rifle that fires in four-round bursts. While it has a bulky sight, this weapon comes with some fantastic perk combinations that haven't been seen since Season of the Forge.

Insidious has one of the strongest PvE perk combinations in the game, last seen on Ringing Nail. This weapon can roll with Dragonfly and One for All simultaneously, granting a massive damage buff when your bullets or the Dragonfly explosion hits three targets. One for All (or any damage perk) also buffs the damage of Dragonfly itself, allowing Insidious to clear out waves of enemies with little issue.

This might not live up to the raw power of Blast Furnace back in its prime, but Insidious comes close. Rapid Hit with either Rampage or Adrenaline Junkie is a great PvP combo, making this weapon a straight laser after you land a few headshots. Paired with a damage perk, you become nigh-unstoppable in 6v6 PvP. It's not bad in 3v3 playlists, but it's outclassed by Exotics and The Messenger with Desperado. 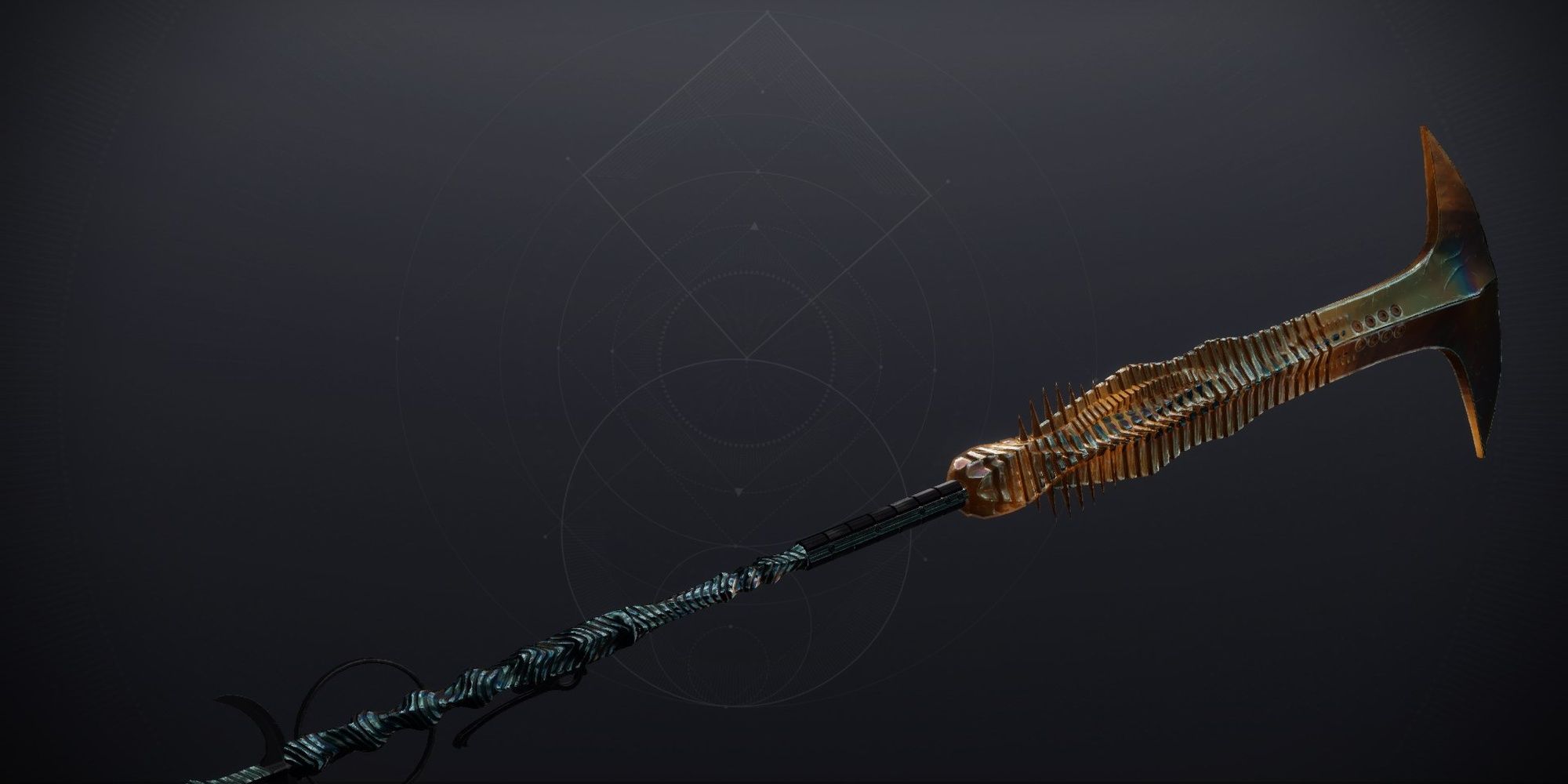 Rhulk's Glaive features a unique set of perks for this style of weapon, at least when compared to The Enigma. It can serve as a valuable utility weapon, melee workhorse in low-end content, and it can even shine in PvP with enough skill.

Grave Robber and Swashbuckler is an interesting roll and one of Lubrae's best, automatically reloading the Glaive with each kill. Those projectiles will benefit from the 33% damage buff from Swashbuckler (not the melee itself), making it easier to eliminate majors from a distance. You can also get a roll with Immovable Object and Unstoppable Force to play heavily around the Glaive's shield, although we find the raw power of Grave Robber and Swashbuckler to be more desirable for most playstyles.

Believe it or not, Glaives are viable in PvP. They rely heavily on landing projectile hits to charge their shield, opening the floodgates for aggressive strategies. Kiling Wind and Swashbuckler work nicely in PvP, allowing you to strafe quickly after a kill while gaining a massive 33% damage buff to your projectile attacks. Fire a shot, melee the target, then block the damage of any nearby targets. Rinse and repeat. It's not nearly as strong for 3v3 playlists, but dedicated Glaive players can make this weapon work. 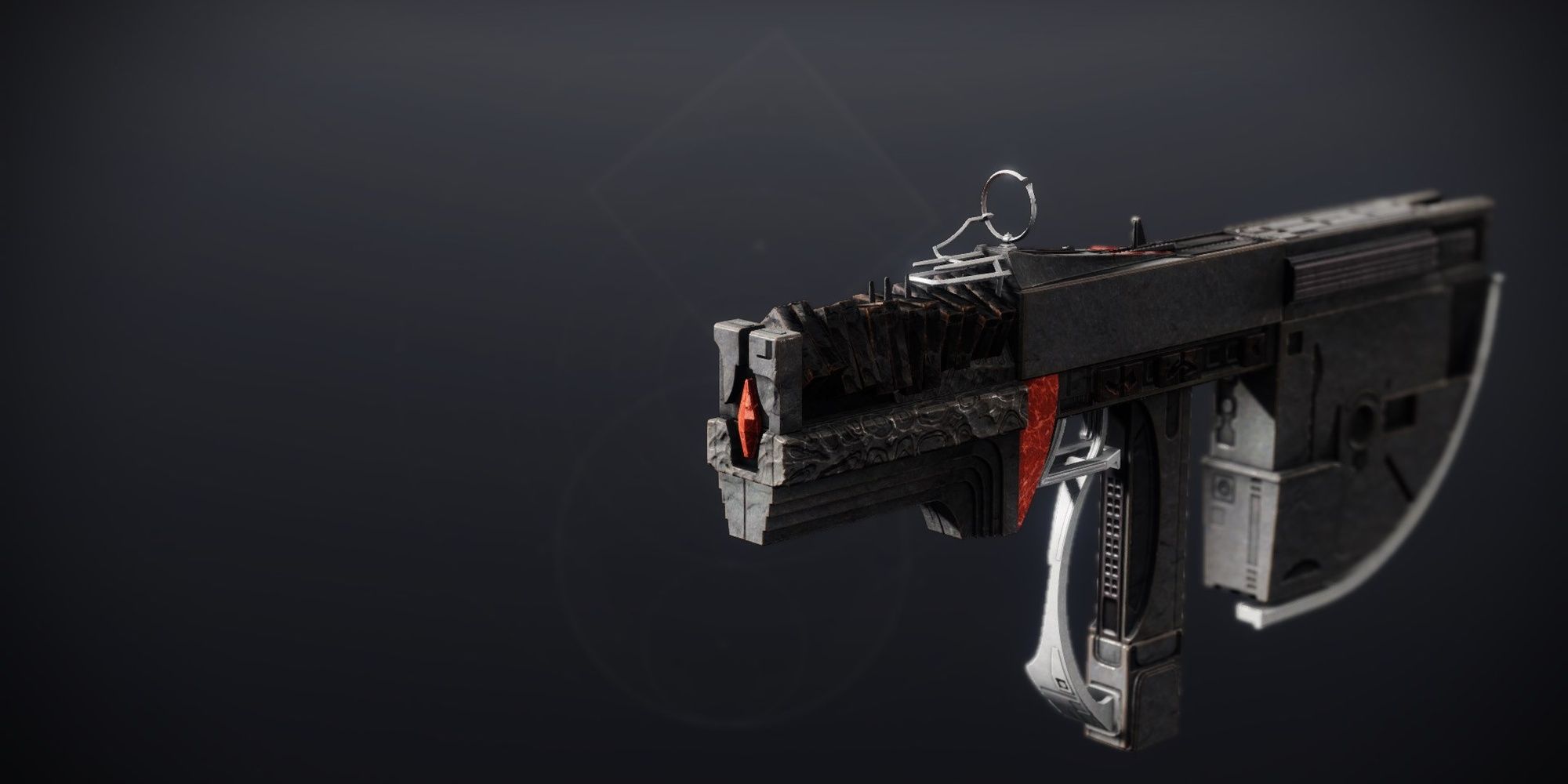 Submission seems to be the Year 5 replacement for Iron Banner's Multimach SMG. It has above-average zoom, a recoil stat of 100, and it comes with some fantastic perks. If you want to dominate PvE and PvP alike with an SMG, you can't go wrong with Submission.

There aren't many SMGs that can get Overflow, much less pair it with a damage perk. Submission is one of the only SMGs in Destiny 2 that can roll with Overflow and Frenzy, giving this weapon a massive 74-round magazine and a noticeable damage buff. If you don't want to run over ammo crates constantly, you can get Subsistence instead of Overflow. Few adds can survive the sheer amount of lead you'll be firing their way.

On the surface, this weapon is an objectively worse Multimach that isn't worth using. Yet people are overlooking one of this weapon's strongest perks: Encore. Precision kills will grant a stacking range buff that can exceed what Iron Reach gives. You can then pair Encore with Killing Wind to give a substantial range boost after a single kill. With a good roll, you'll have over 90 range with a single kill, 100 with two final blows. The effective range Submission can reach rivals Multimach and Shayura's Wrath if you can slay.

PS5 will be $449 claims analyst, as production cut by 4 million