It happened: Wizards of the Coast has finally reprinted Magic The Gathering's reserved list staple Black Lotus. There's rioting in the streets; with collectors forced to burn their collections for warmth as their market value plummet. Except, not really… because the card has been printed for a completely different game, Duel Masters.

Although Wizards of the Coast stopped printing Duel Masters in English in 2006, it has remained a popular game in Japan. To celebrate its 20th anniversary, a new set has been released, including new and old cards from Duel Masters, and remixes of classic Magic cards.

The set, which is called "DMEX-18 20th Anniversary Huge Thanks Memorial Pack: The Chapter of The Shadow Parallel Masters", is a celebration of Duel Masters' history. The classic frame has returned (something Magic fans enjoyed in Modern Horizons 2 and Time Spiral Remastered's timeshifted frames) for many cards. It even notes the game's close connection to MTG with famous cards from the game being adapted work in Duel Masters. These aren't actual Magic The Gathering cards, they're Duel Masters cards with the same name and similar effects. 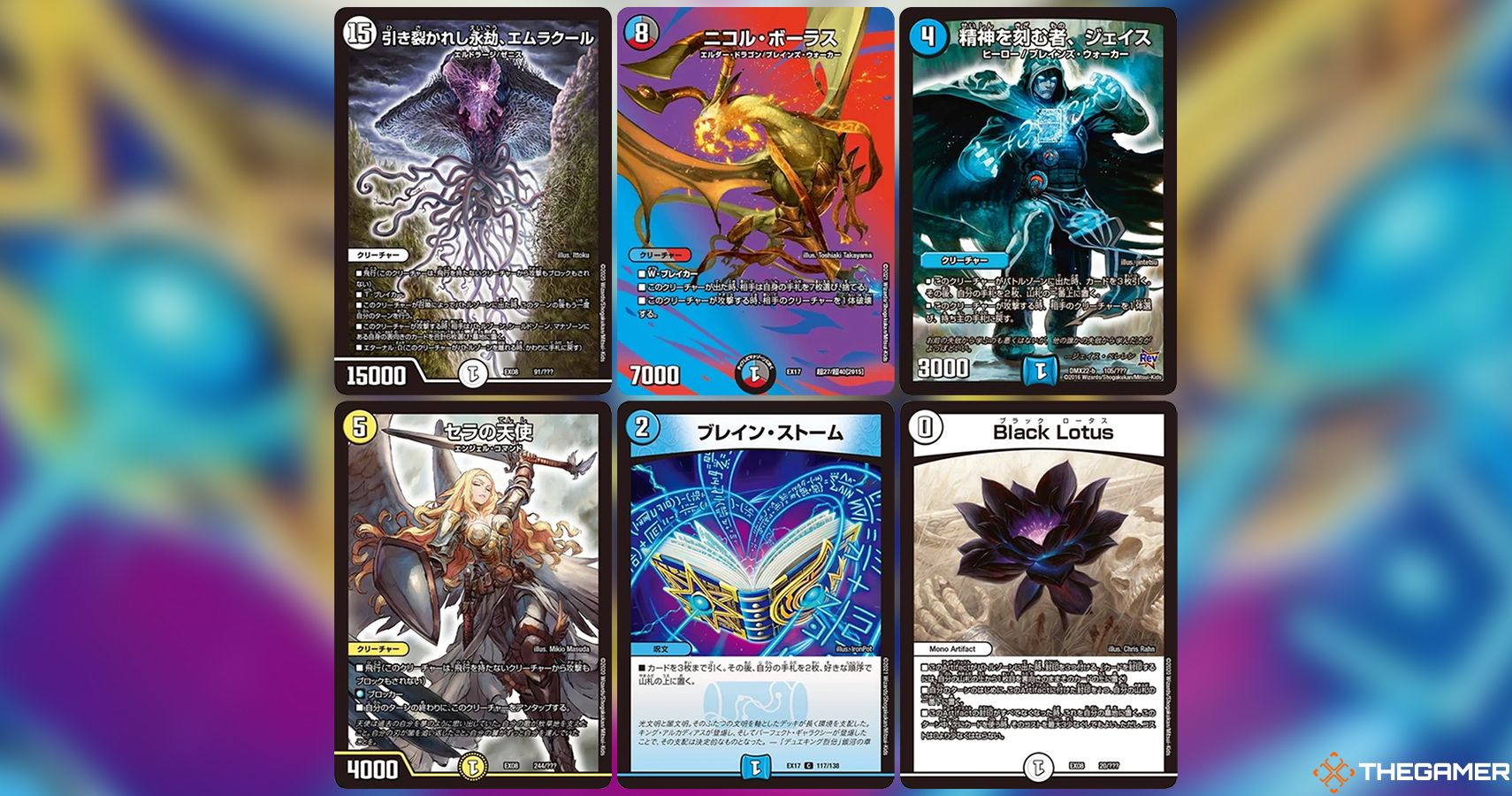 Some have been in Duel Masters for a while already, like Jace the Mind Sculptor, Emrakul the Aeons Torn, Black Lotus, Nicol Bolas, and Serra Angel, and so these are reprints of their previous Duel Masters' appearances. Some, though, a brand new to the game, and have been printed on classic Magic frames. Cards like Sliver Queen, Birds of Paradise, Living Death, and Pouncing Jaguar have all been given this treatment.

Of course, a few changes have had to be made to fit the cards into Duel Masters – the biggest ones being the mana cost, power and toughness all being removed. Most of them also have new art which isn't available in any real Magic printings, which gives Wizards an excellent chance for a Duel Masters/Magic Secret Lair. 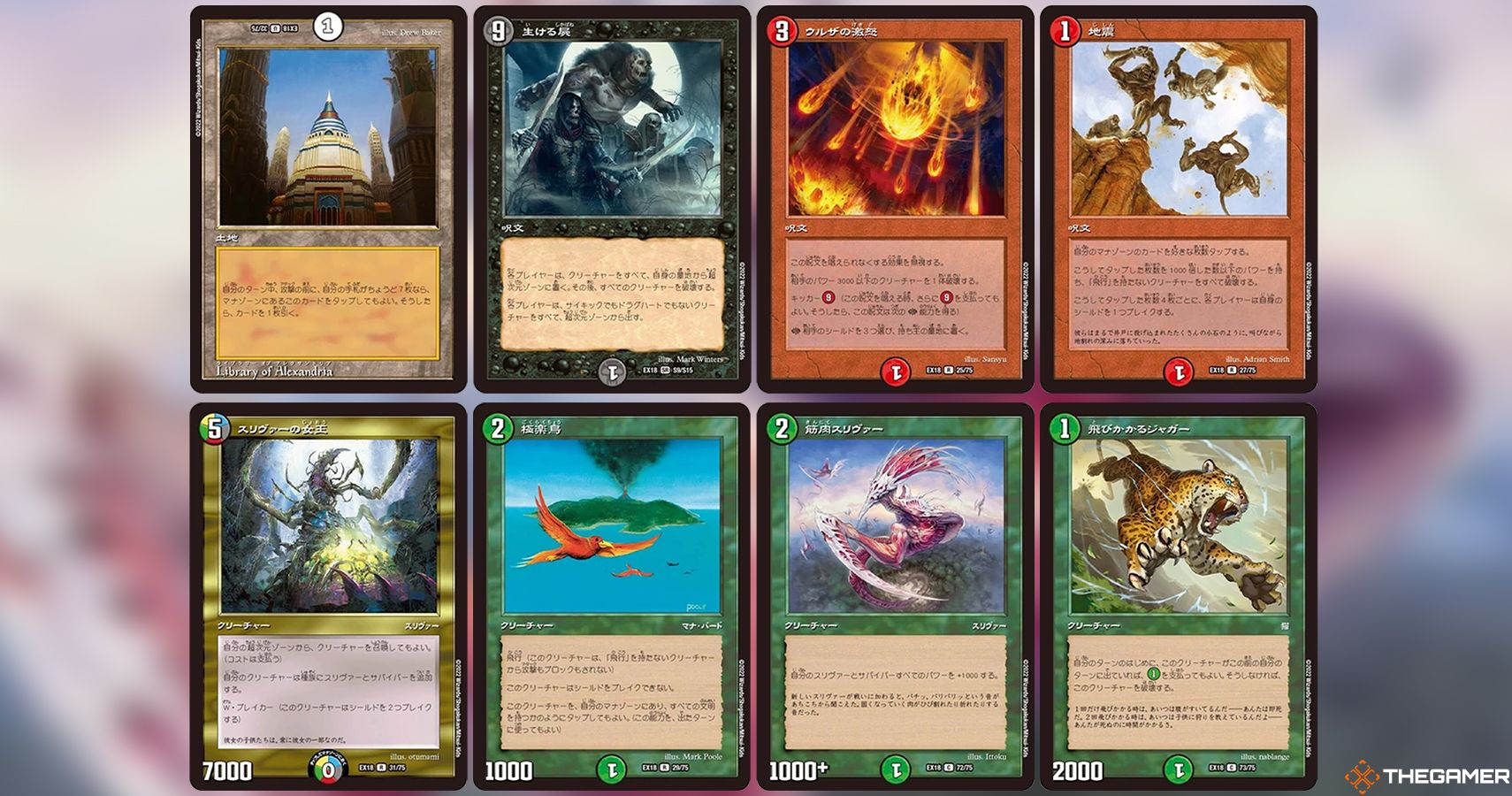 The full list of Magic cards included in The Chapter of the Shadow Parallel Monsters is:

It's not all one-sided, though; Duel Masters has influenced Magic's design. Duel Masters' smaller market has allowed Wizards to use it to experiment with new card formats that have made their way over to Magic later on. When Wizards was looking for a way to introduce creature transformation in the original Innistrad set, inspiration was taken from Duel Masters, which used double-faced cards in the year before. Double-faced cards have since become one of Magic's most common card templates, and it's all thanks to Duel Masters.

The Chapter of the Shadow Parallel Masters launched in Japan on February 19, 2022. As Duel Masters was discontinued in English, your only hope for getting these cards will be to either be in Japan or import it.

PS Plus June 2020 free games REVEALED: Here’s the next PS4 PlayStation Plus line-up

The Wheel of Time comes to GOG.com as a ‘Good Old Game’