Dusk Diver 2 is split into a number of Chapters, and the game’s fourth Chapter is not only lengthy but also quite the jump in difficulty. Enemies are stronger, combats are more numerous, and frankly, EXP is in hot demand. The real kicker? There are two bosses in this Chapter, and both can be quite the pain to take out.

The first boss you encounter is Large Chaos Beast Type Lambda. Awful naming conventions aside, this Chaos Beast is quite the challenge. It is larger than any boss you have fought so far, deals more damage, and is surprisingly good at catching you mid-dodge thanks to his long reach. Let’s break it down. 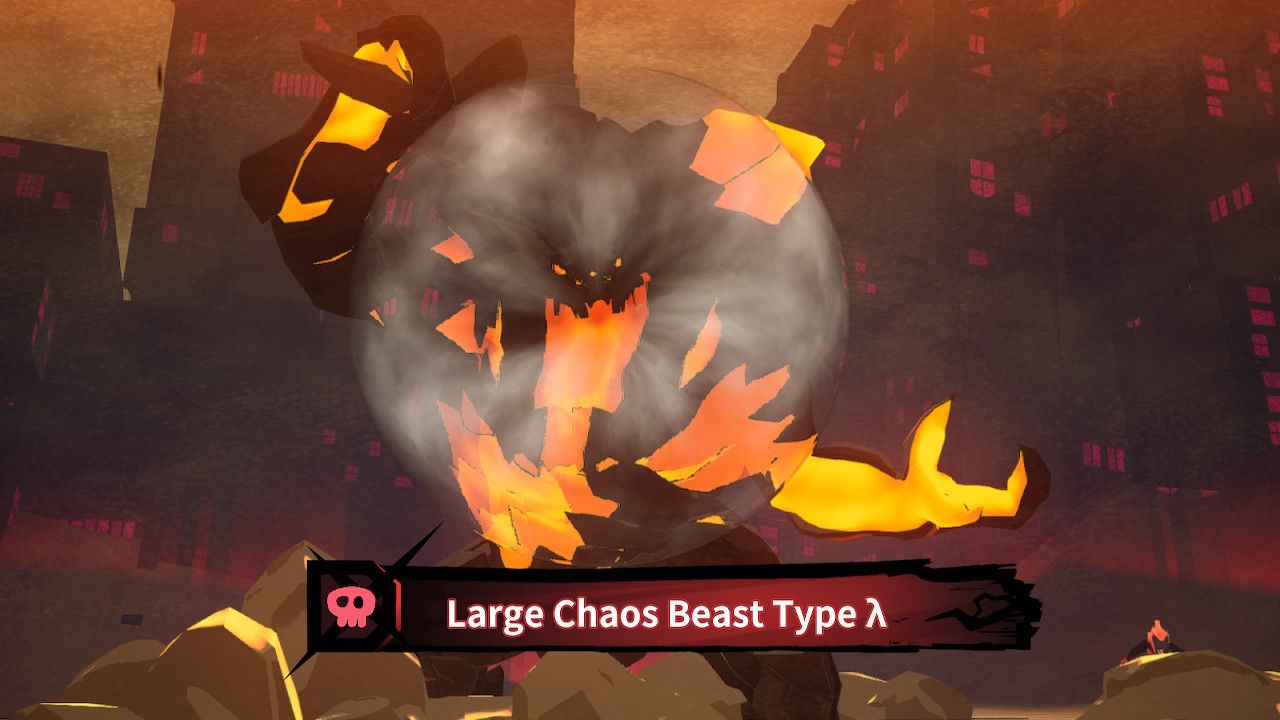 Chaos Beast Lambda has a fair few attacks, but they all share the same general theme – hit hard from a deceptive range. This thing is more than capable of clipping you when you least expect it – so much so that you might lose some party members in this scrap if you aren’t careful.

Which Party Members To Use 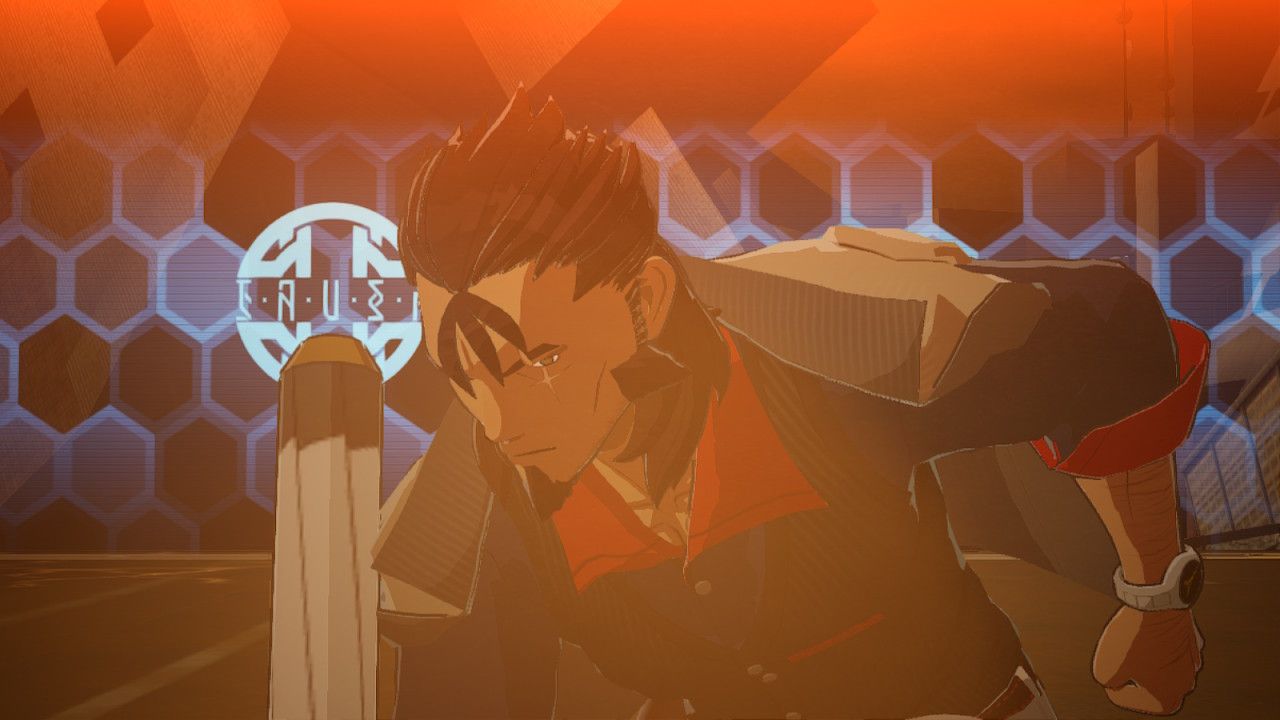 Normally Yumo is the go-to for bosses as she can handle just about any situation. However, we found that Yumo’s counter was surprisingly unreliable in this fight – often failing to trigger. Since Large Chaos Beast Lambda has two counterable attacks, we recommend running with Leo as his Block is an excellent defensive tool and much more reliable at countering.

You could also run with Viada. Lambda has a lot of range due to its long arms, but Viada has the advantage of guns. She can stay back and fire away from relative safety whilst her companions distract Lambda on the frontlines. 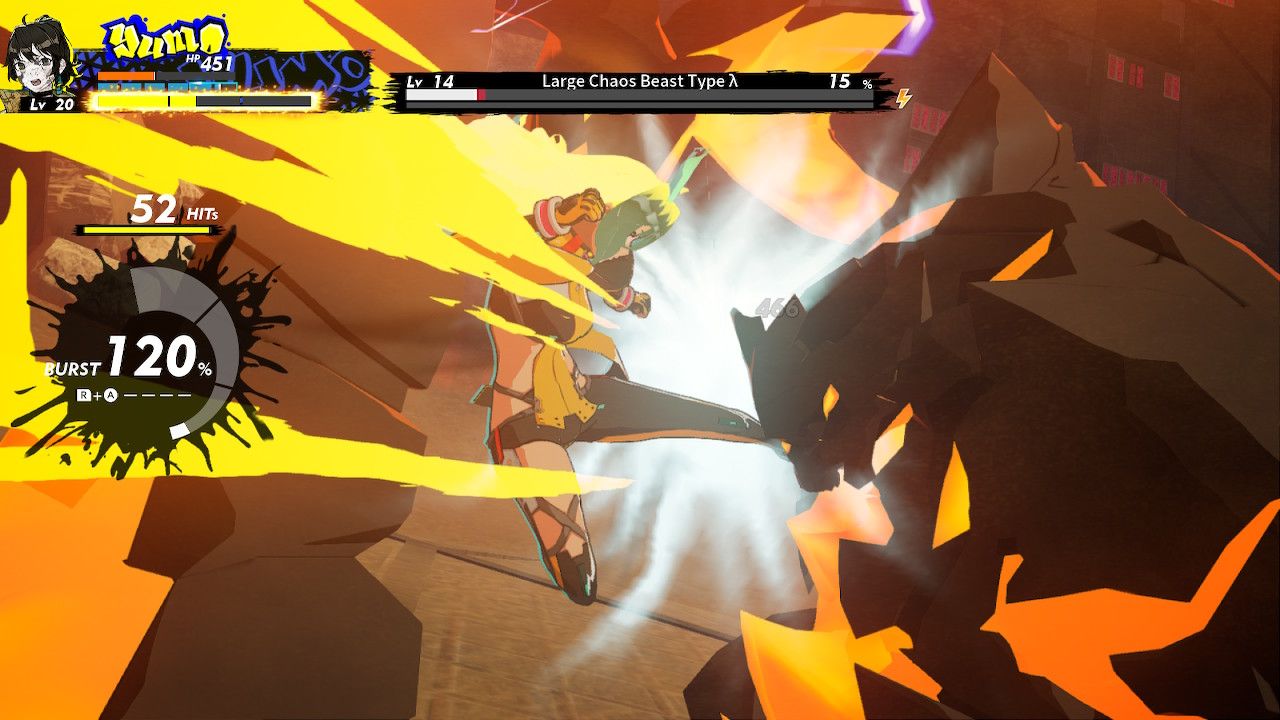 Large Chaos Beast Lambda can be tricky if he backs you into a corner. Its attacks are excellent at catching you out in a confined area, so make sure you know your escape routes. You want to stay most central and move in circles, as opposed to backing away and towards a wall or corner.

Lambda is also accompanied by four Bipedal Chaos Beast Alphas. These are your standard enemy, and you’ve killed plenty of them before. These are more of a nuisance than a threat. Regardless, you need to take them out first otherwise they will wreak havoc on your party. Just be aware of Lambda and where it is. Lambda will take advantage if you are not paying attention to it.

Healing potions are essential in this fight. Things can go very wrong very quickly, and having some healing on hand can help cover up any mistakes you might make – especially early on when you are dealing with his minions. BP potions are also excellent, as they let you stay in Burst for more of the fight. This is especially handy early on since Bursting can very quickly deal with Lambda’s minions.

Lambda should go down after you drain his armour twice.

E3 Is Probably Dead, But Konami’s Disastrous 2010 Conference Will Live In Our Minds Forever

Things You Should Never Do In Skyrim

New Age Of Calamity Trailer Shows The Champions In Action

Splatoon 3 Has Aged Up Li’l Judd