The Leyndell Royal Capital is one of the legacy dungeons you'll come across in Elden Ring. Located in Atlus Plateau, Leyndell is full of new enemies and plenty of upgrade materials. Getting inside the capital is one thing, but traversing through it is another. It's a complicated maze because what looks like main streets and pathways actually lead to nothing. 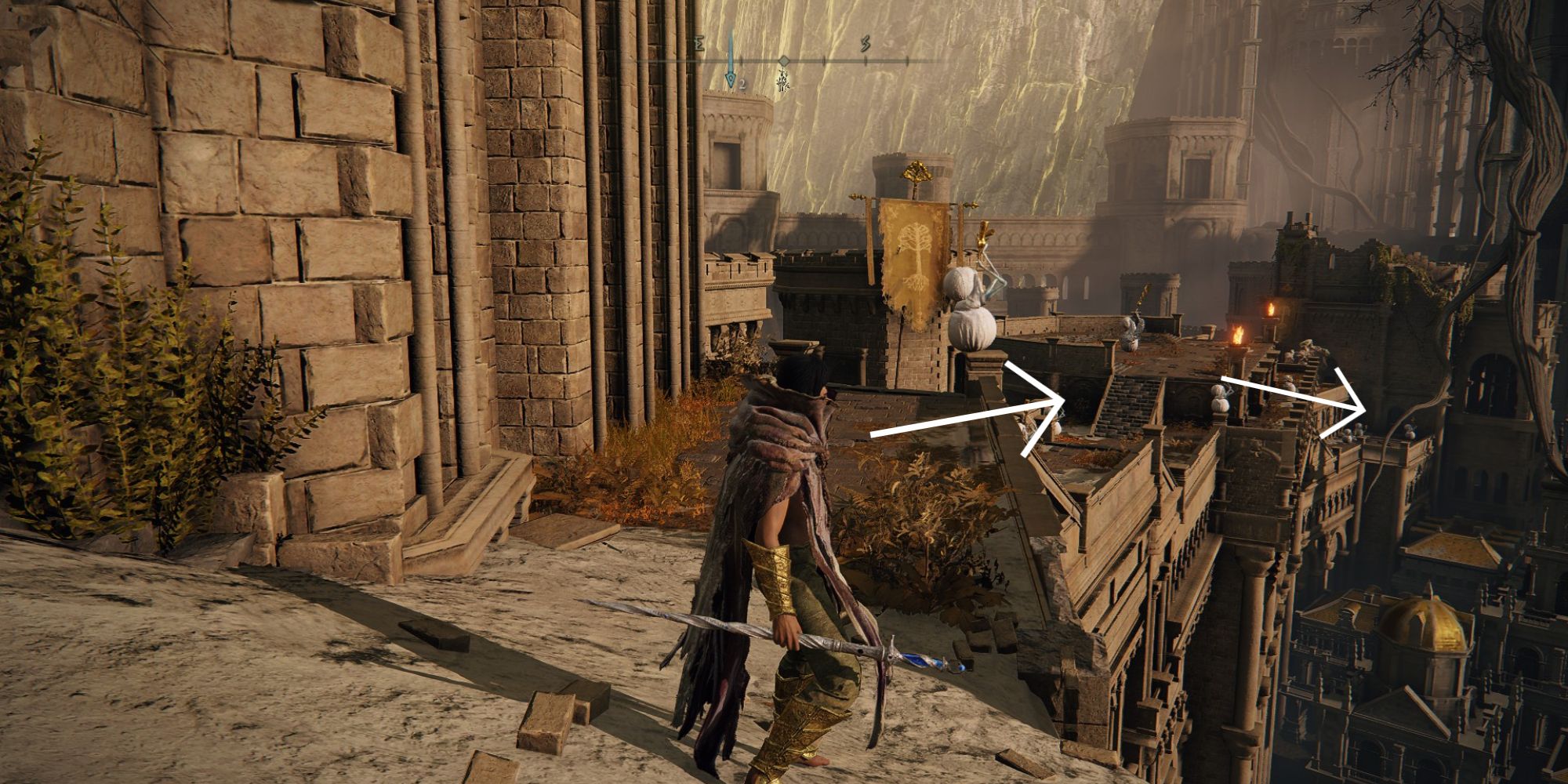 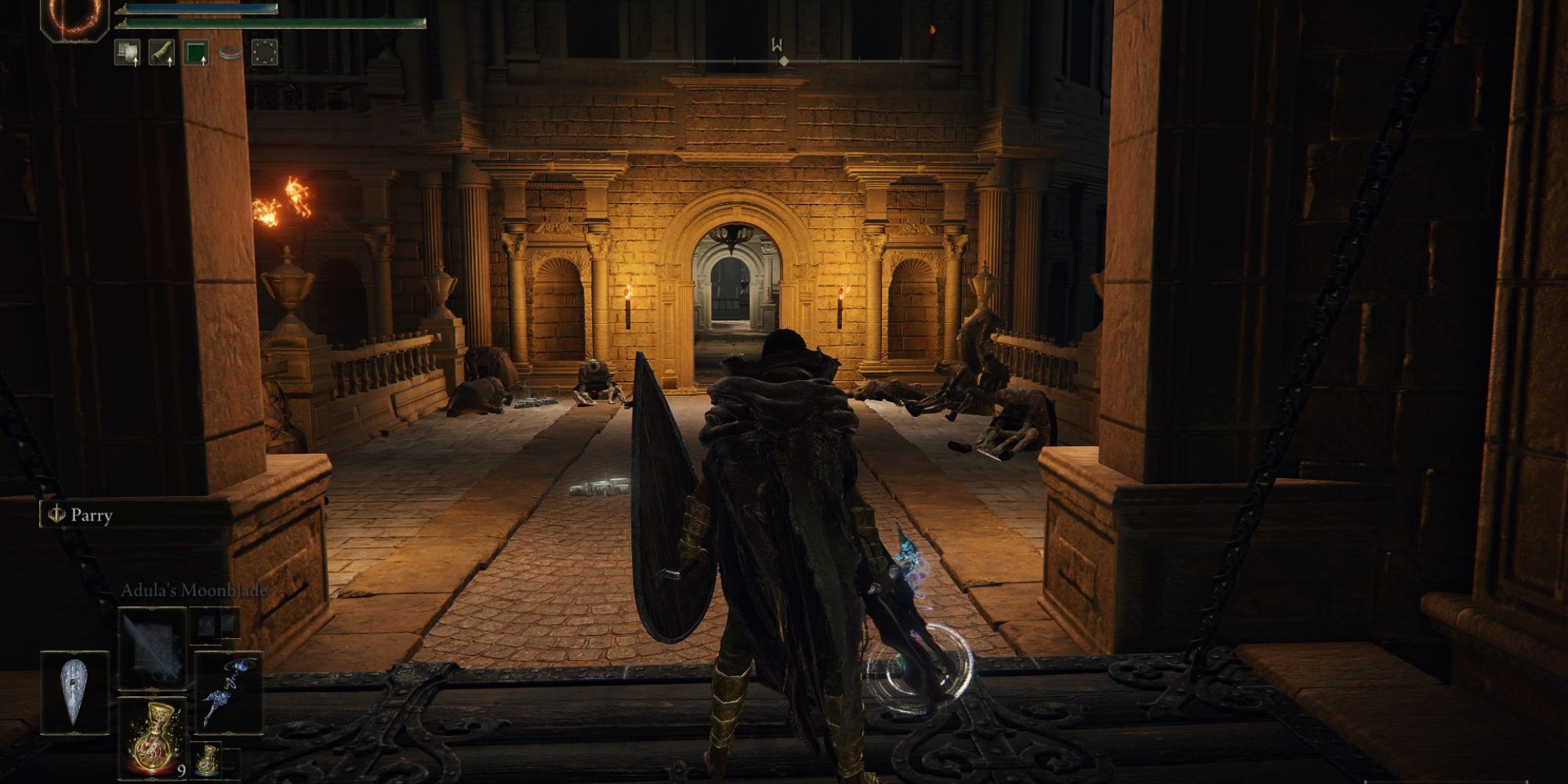 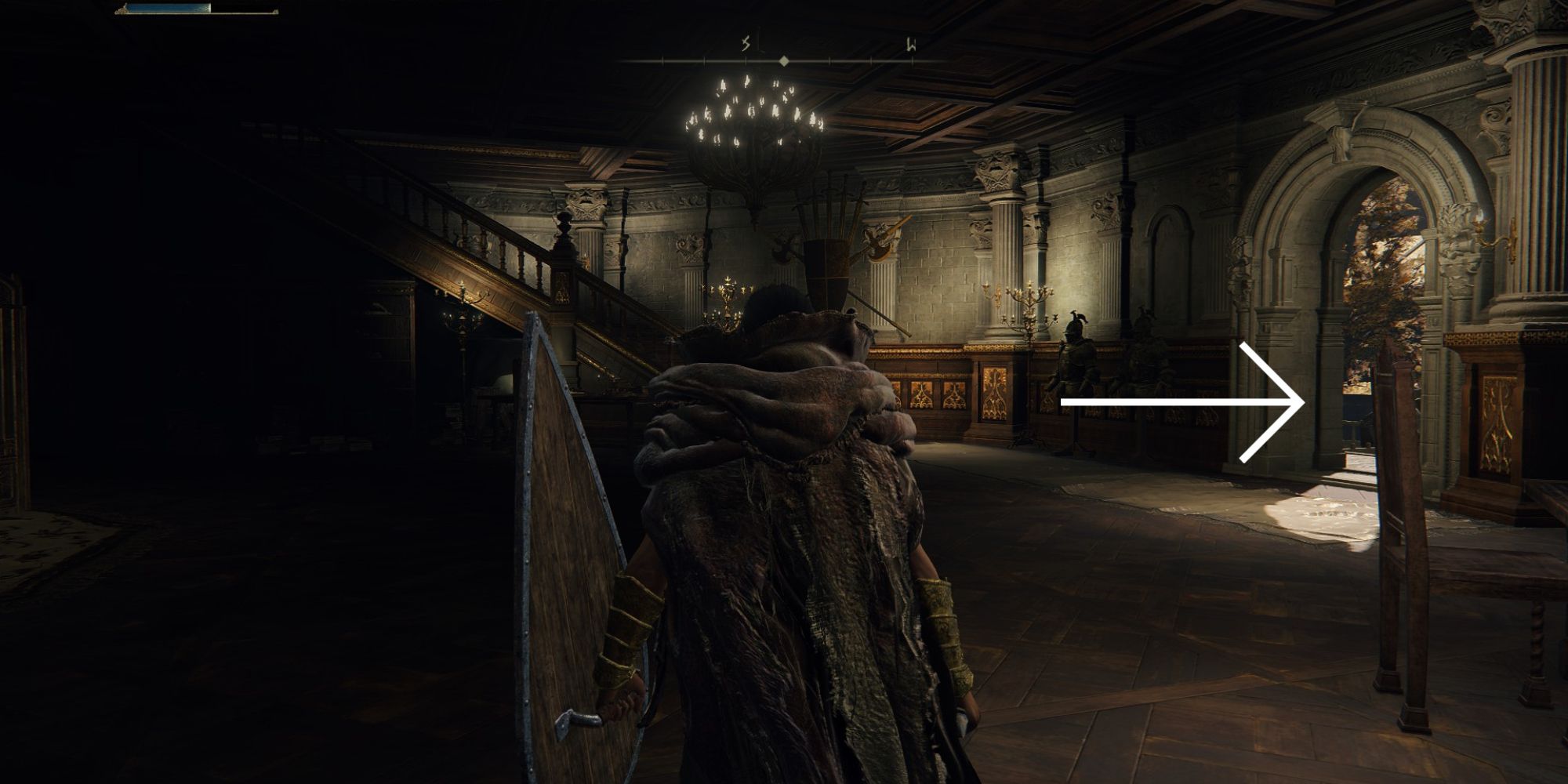 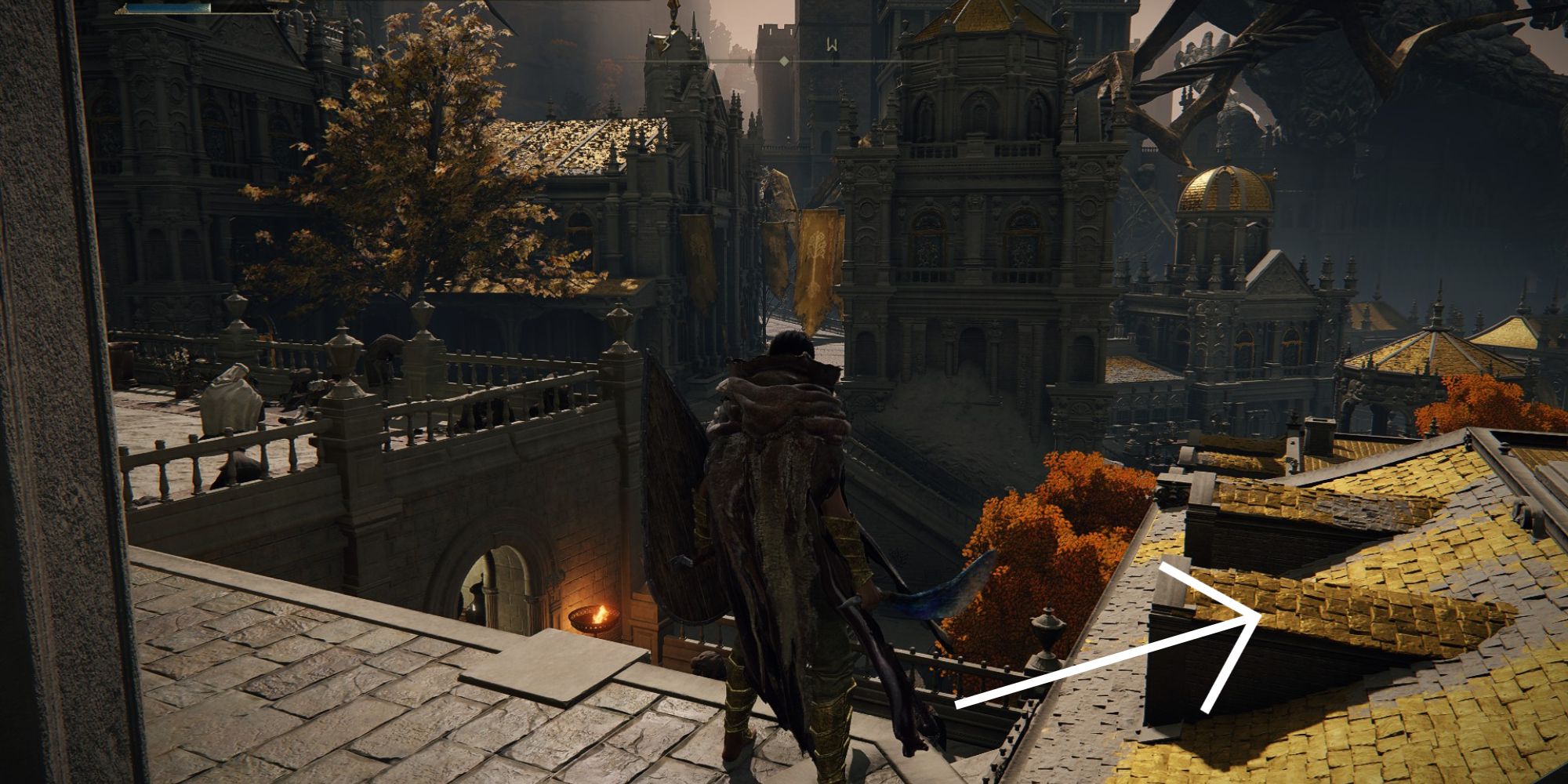 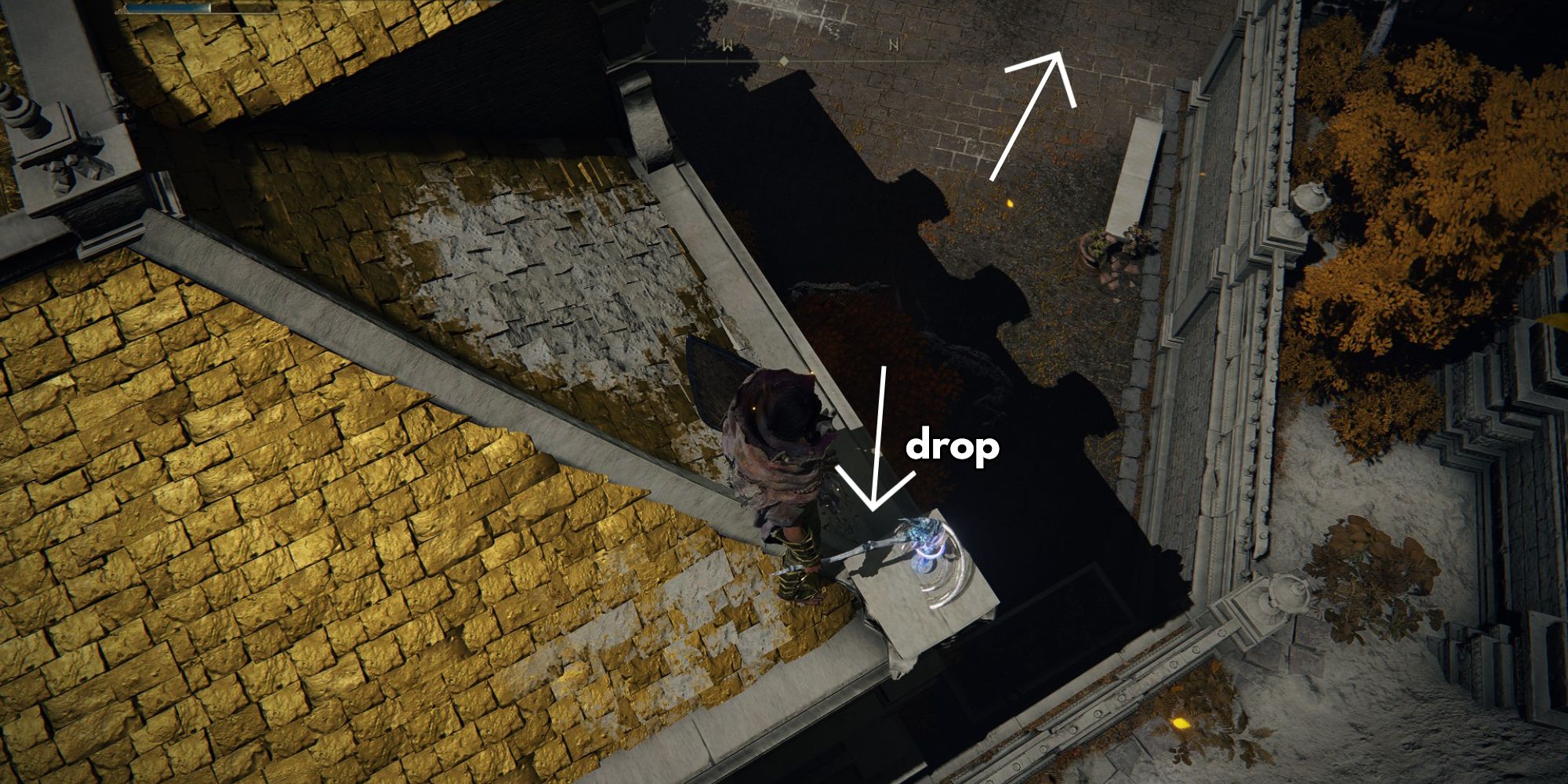 You have to have defeated a boss, the Draconic Tree Sentinel, to enter the capital. From the starting Site of Grace Capital Rampart, there's only one way to go: Past the instrument-playing enemies and into the building down the stairs. You can fight the enemies here or simply walk past them as their attacks are relatively slow. Walk down the stairs and into the room, then turn right where you'll find a lift.

From climbing up the ladder you can either walk outside or go up some winding stairs. Up the stairs is a special item, the Seedbed Curse, related to Dung Eater's side quest.

If you walk outside instead, jump onto the first rooftop you see and then jump down onto the second. Drop down to the right of this rooftop where there will be a rabid dog eating something in an alleyway. Be wary, as two more dogs are hiding here. You can jump down onto the porch instead to avoid them. Either way, head north and exit the alleyway onto the street. 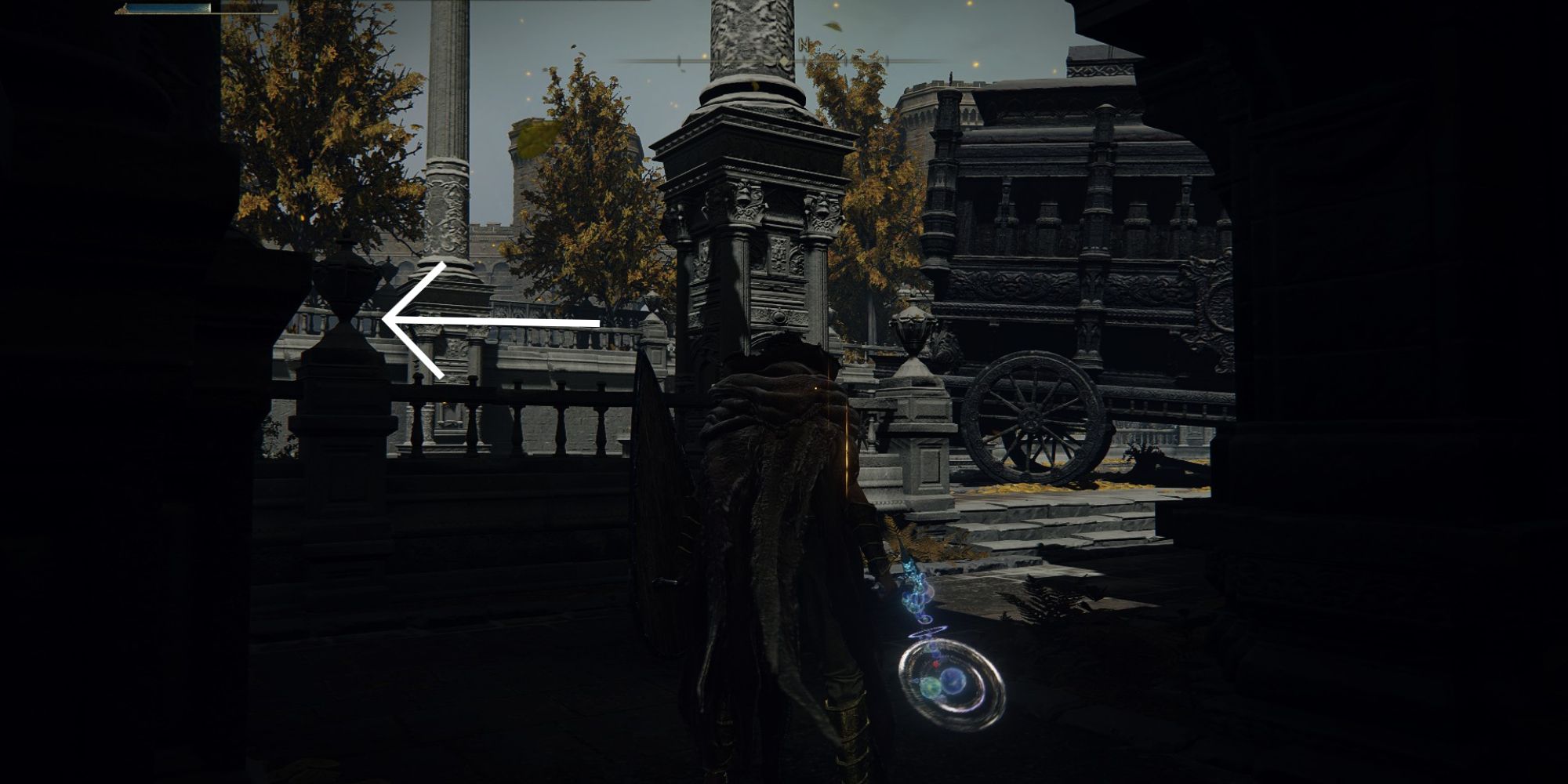 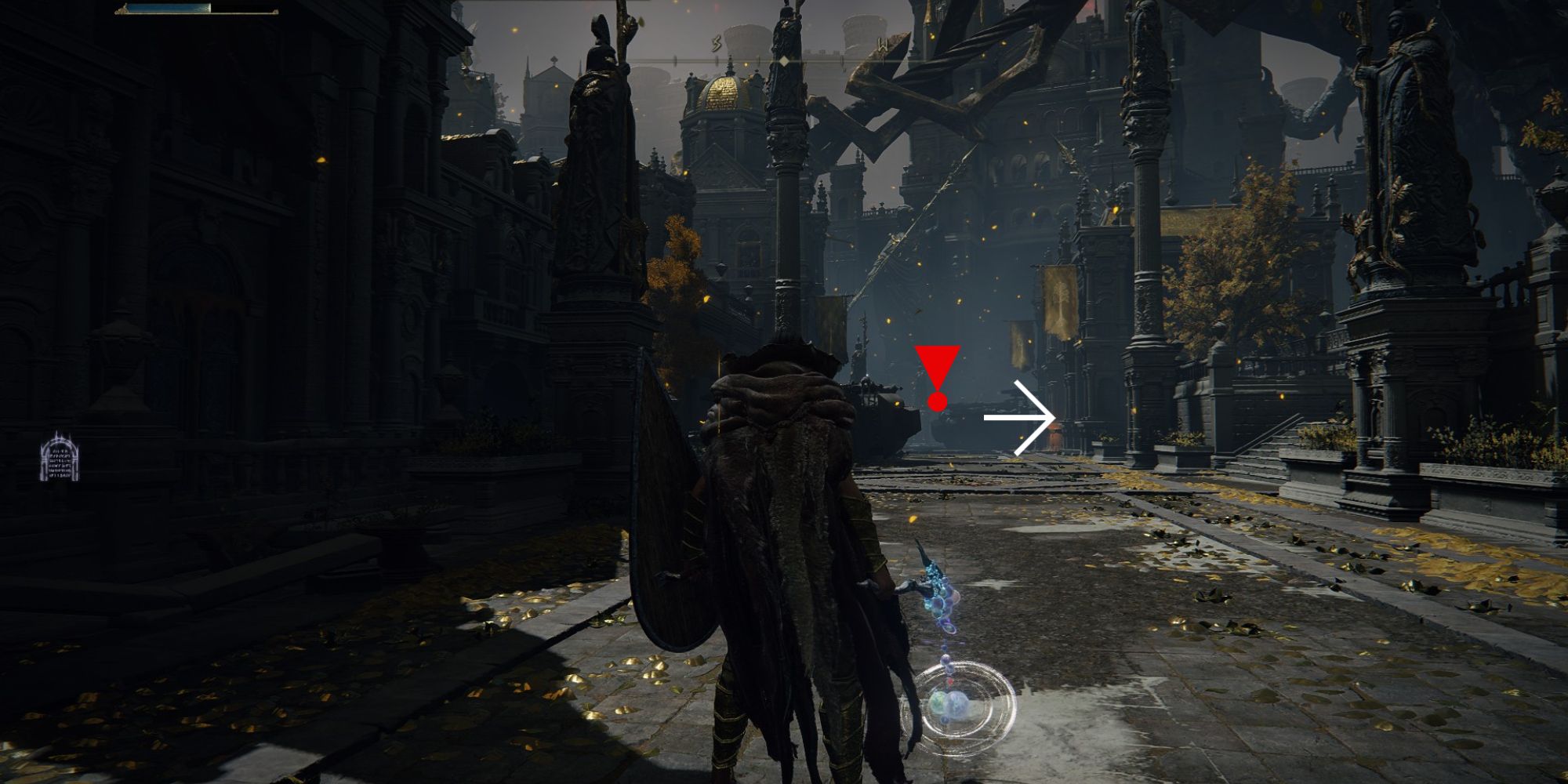 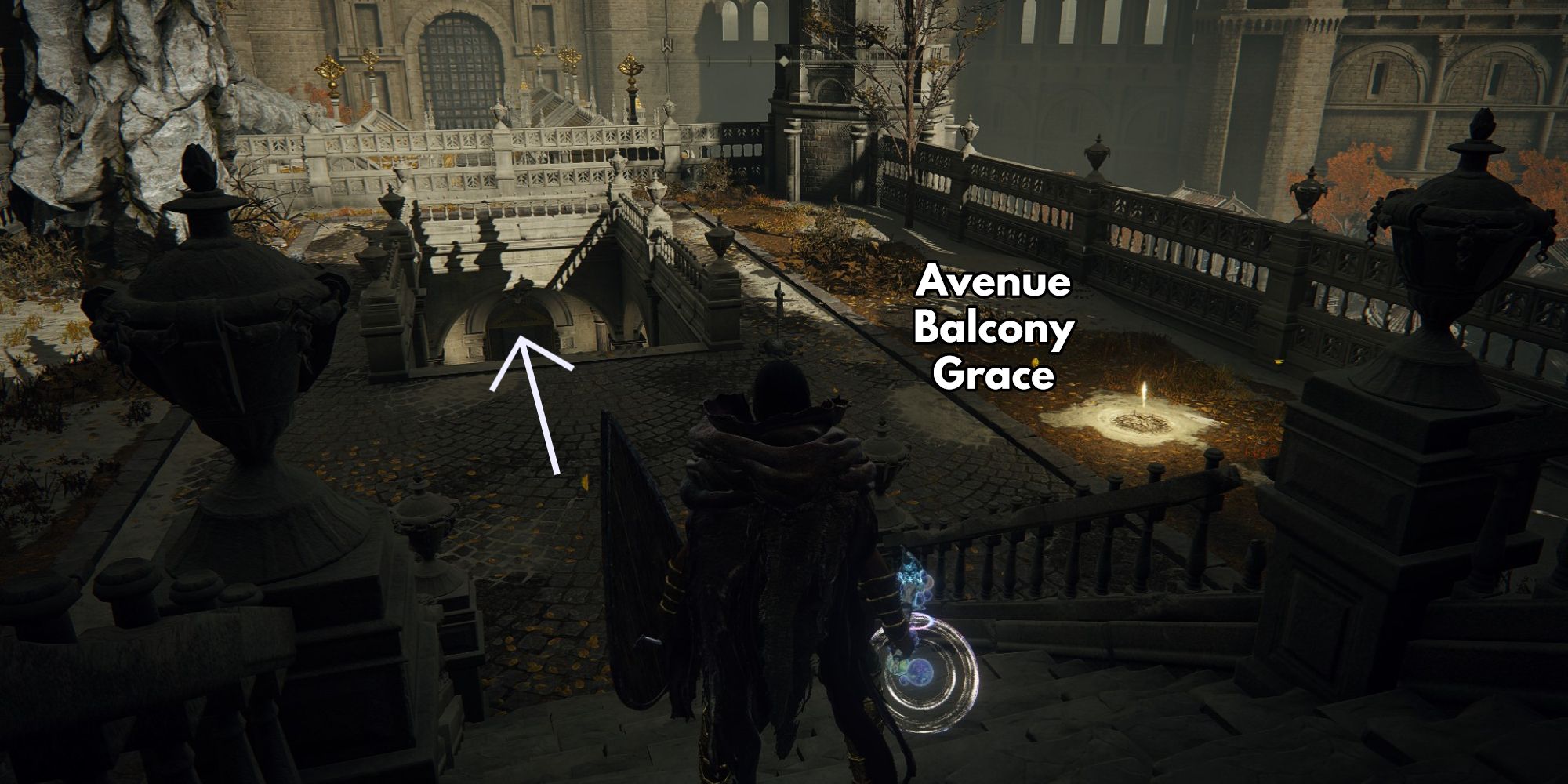 From this main street, you can go one of two ways. Forward will spawn an Erdtree Avatar once you go far enough down the road. Behind you lies large doors you can open to reveal more of the capital. The main way to continue is by heading up the road.

You can fight the Erdtree Avatar or ignore him for now, either way, find an opening to the right of the street as you walk down it. This is where the next Site of Grace will be, Avenue Balcony.

How To Get To The First Boss 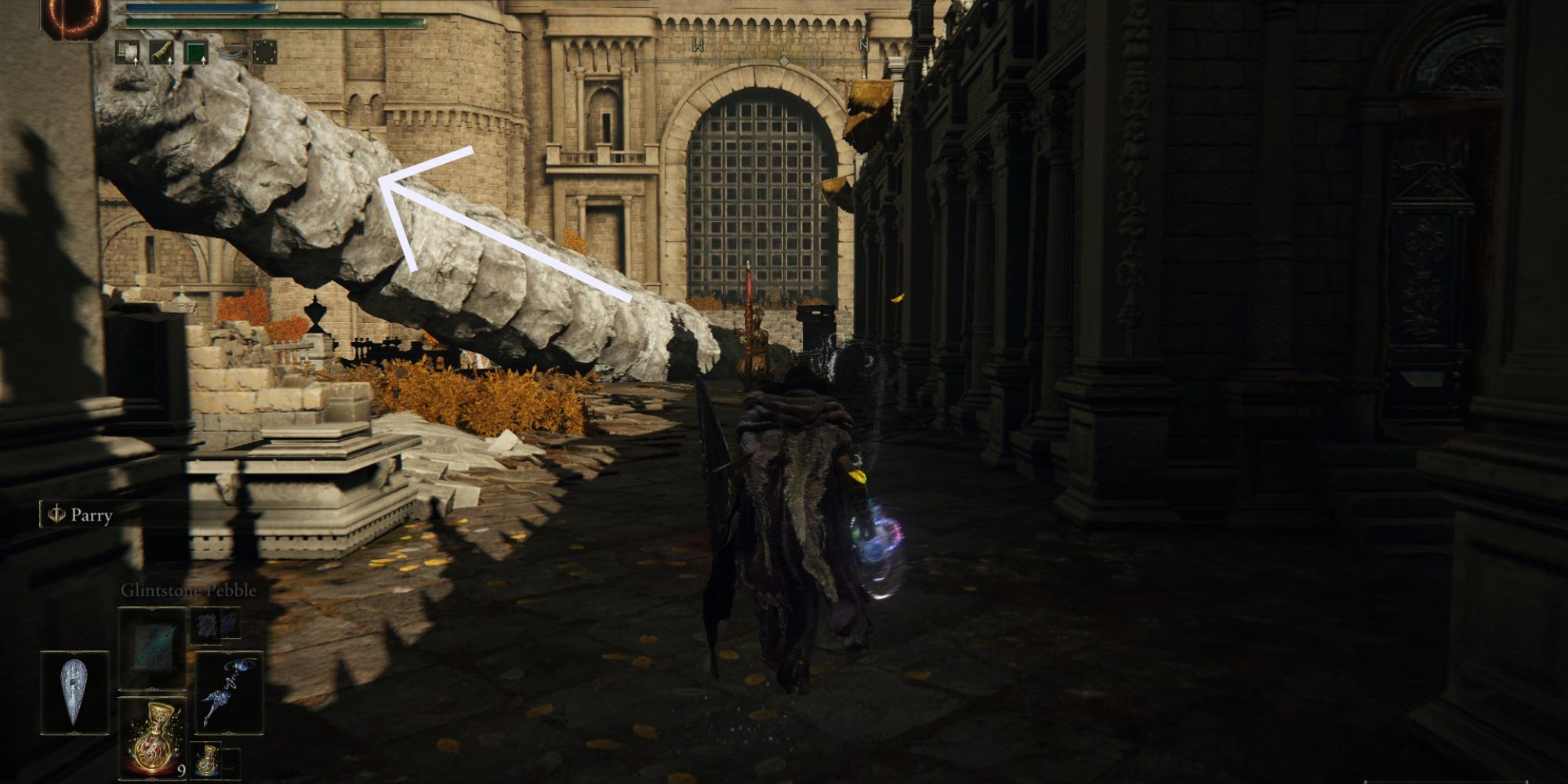 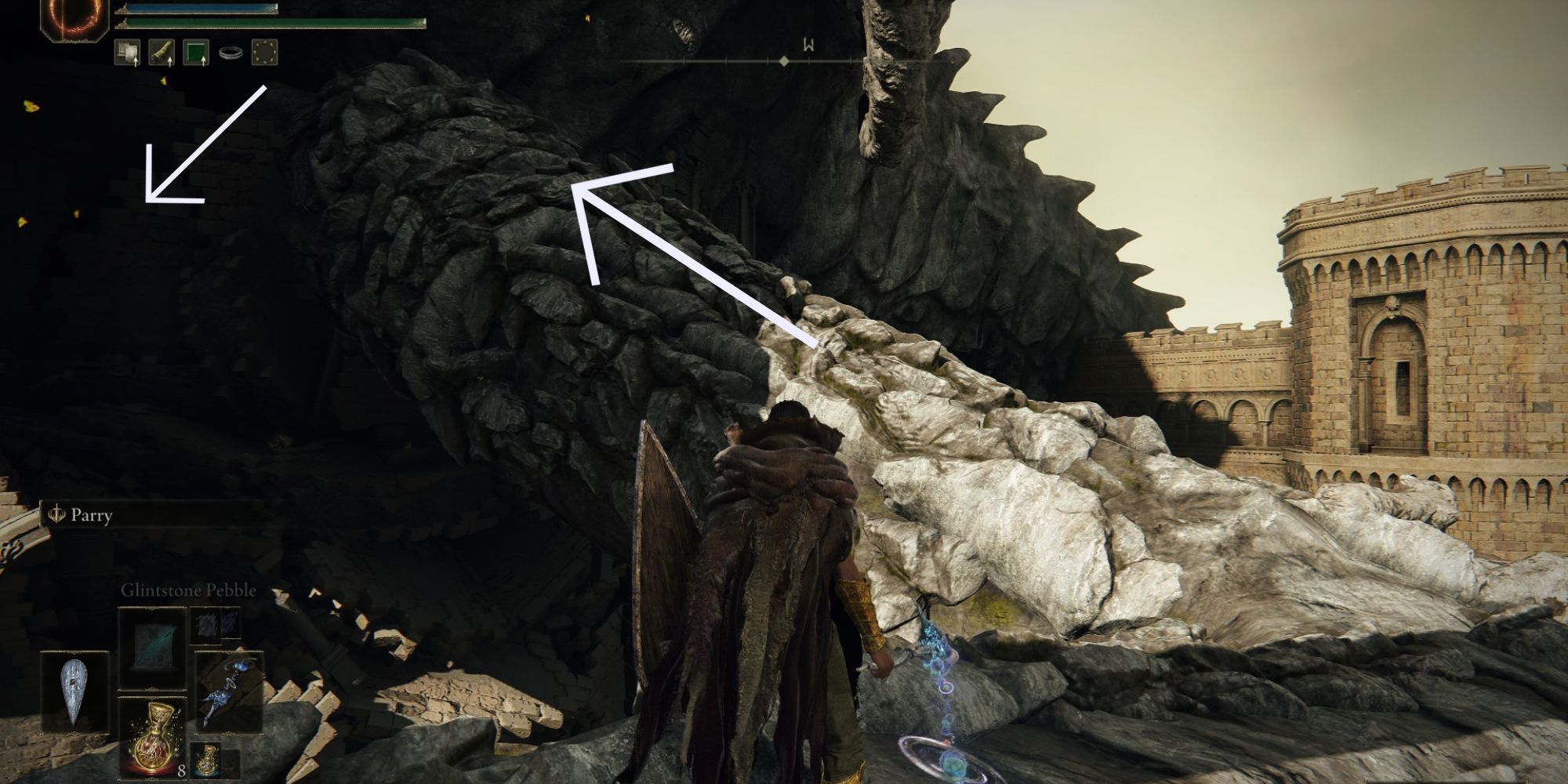 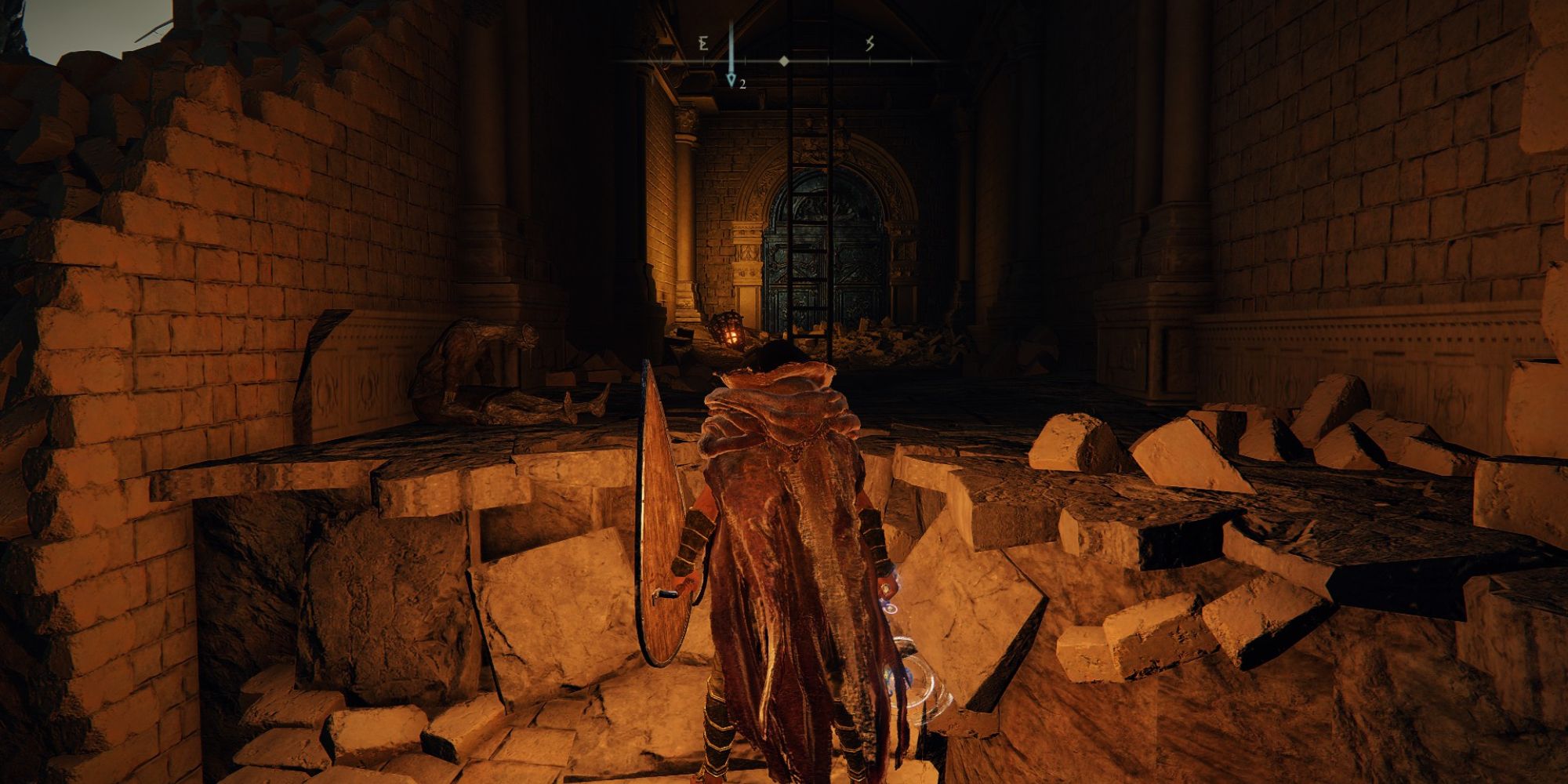 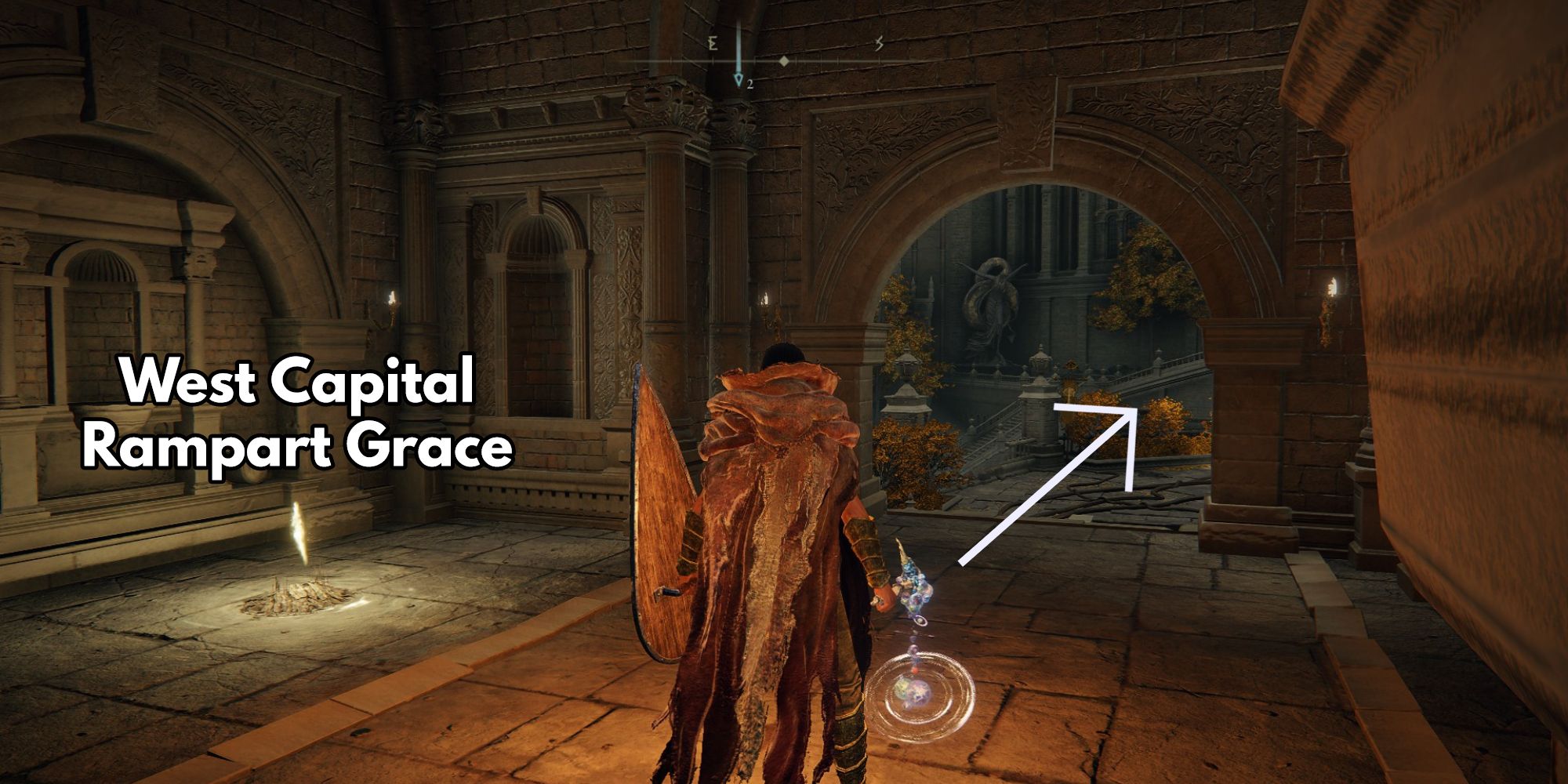 This is the tricky part that has people confused about where to go next. From this Site of Grace, head down the stairs. Be wary, by going outside through the door an archer with lightning arrows will immediately start shooting at you. Hiding to the right or left will also result in bumping into two other strong knights.

You can carefully take them out one by one if someone holds aggro on the archer.

There is a massive stone dragon sitting directly in the city of Leyndell. This was noticeable from the beginning of the dungeon, and the dragon is actually the key to getting deeper into the capital. Part of the dragon can be seen behind this archer.

You must climb it up to continue deeper into Leyndell. By ignoring this pathway and dropping down to the instead left, you'll find a well. This well will lead you to the underground portion of Leyndell. We will have a walkthrough for this location in another article coming soon.

Climb up the dragon until you get to a dropping point — see the series of photos above for physical directions. There will be a ladder to climb. Up this ladder, you'll bump into a knight and a lackey. Past them, a smaller enemy will jump at you to your left inside the corridor. After these enemies, you'll find the next Site of Grace close by. This grace is the West Capital Rampart. 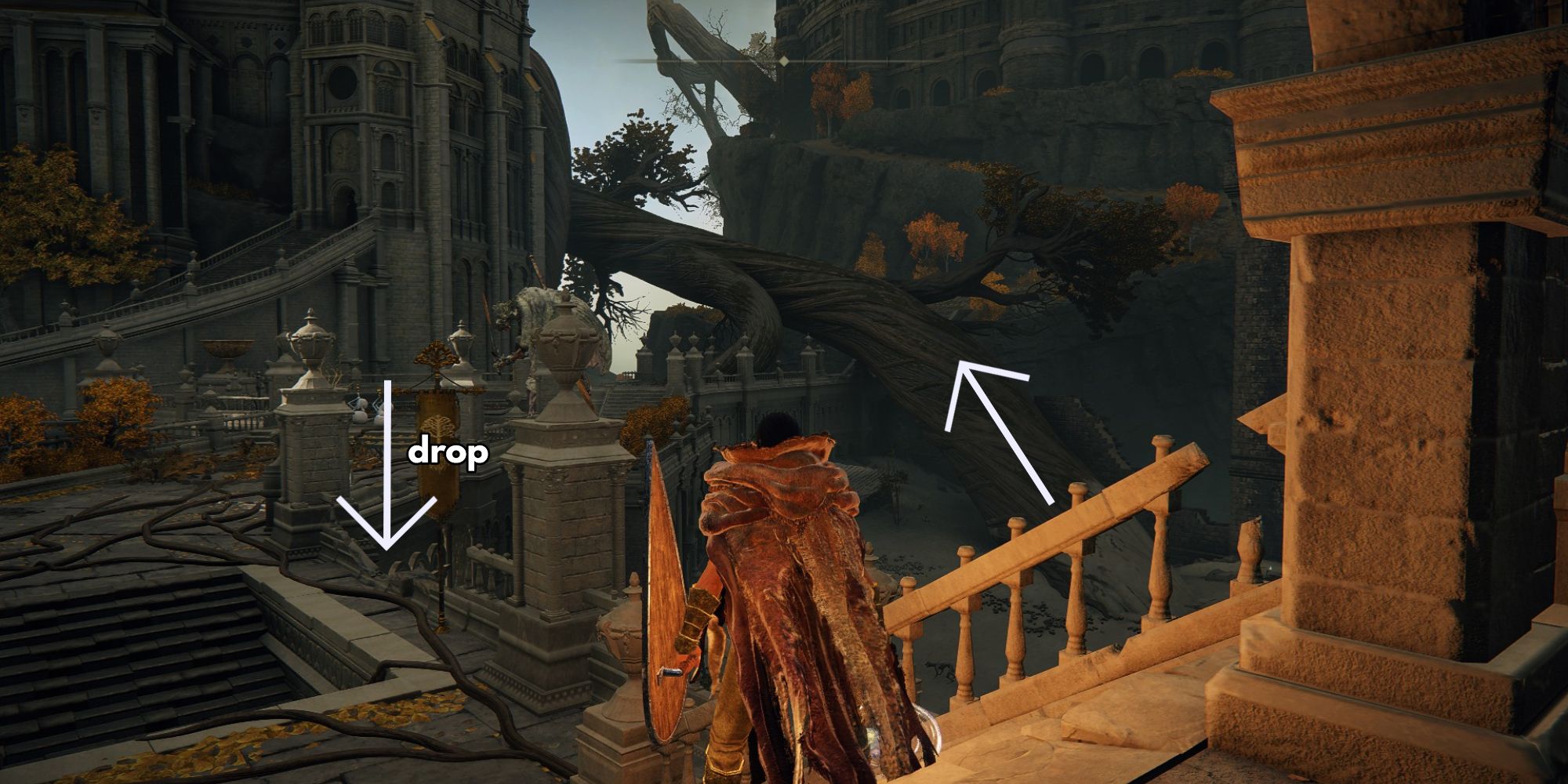 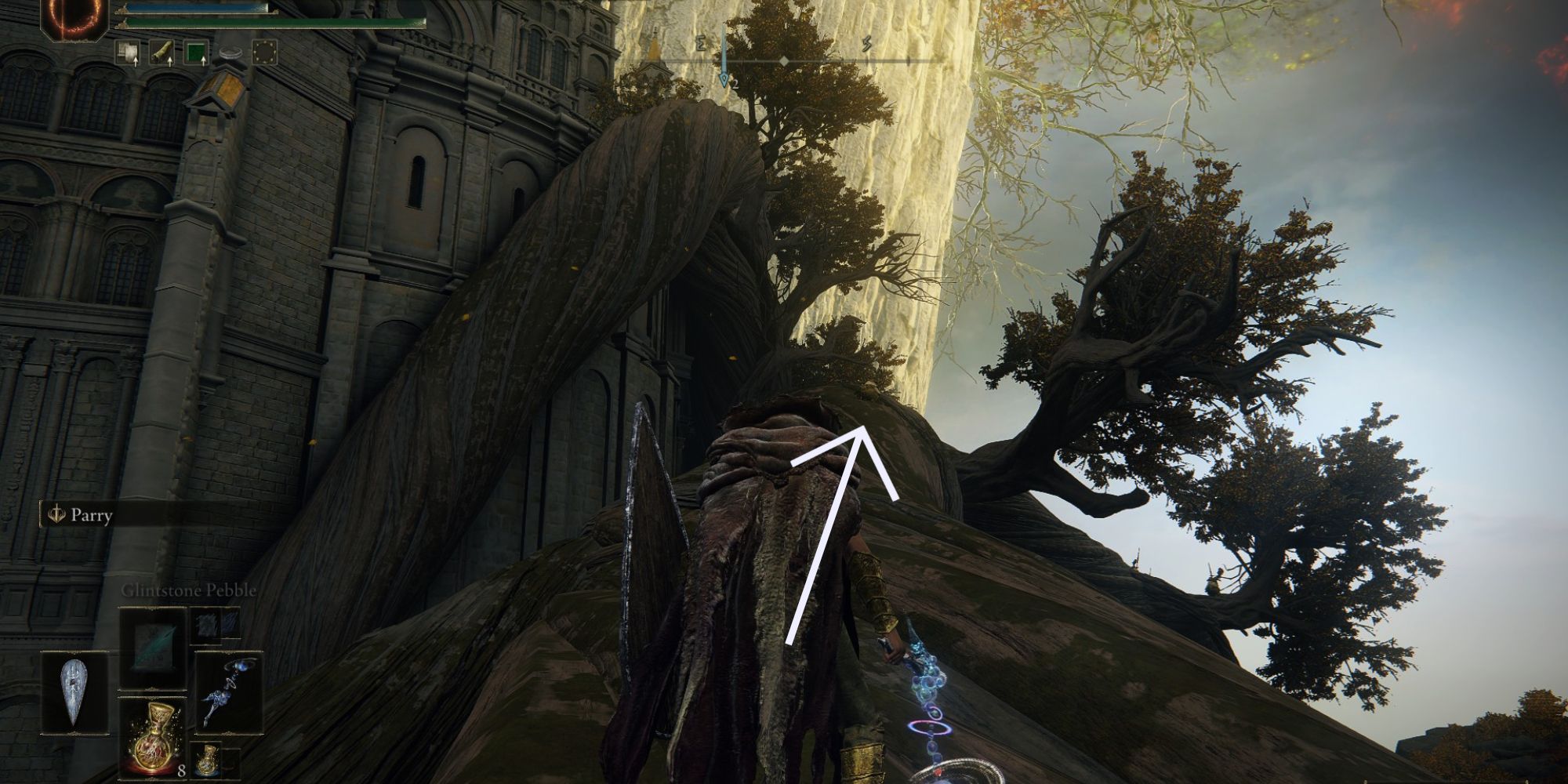 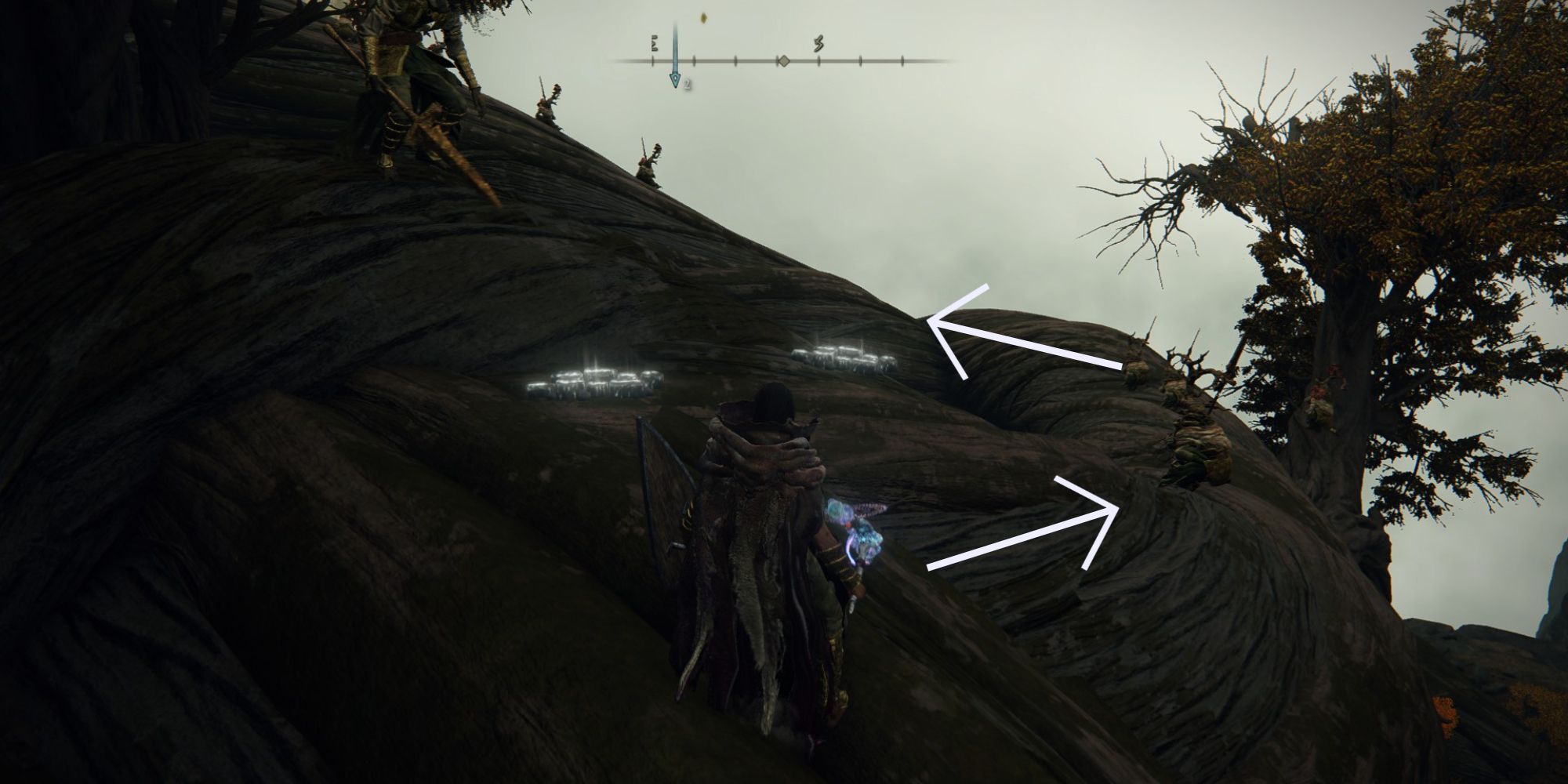 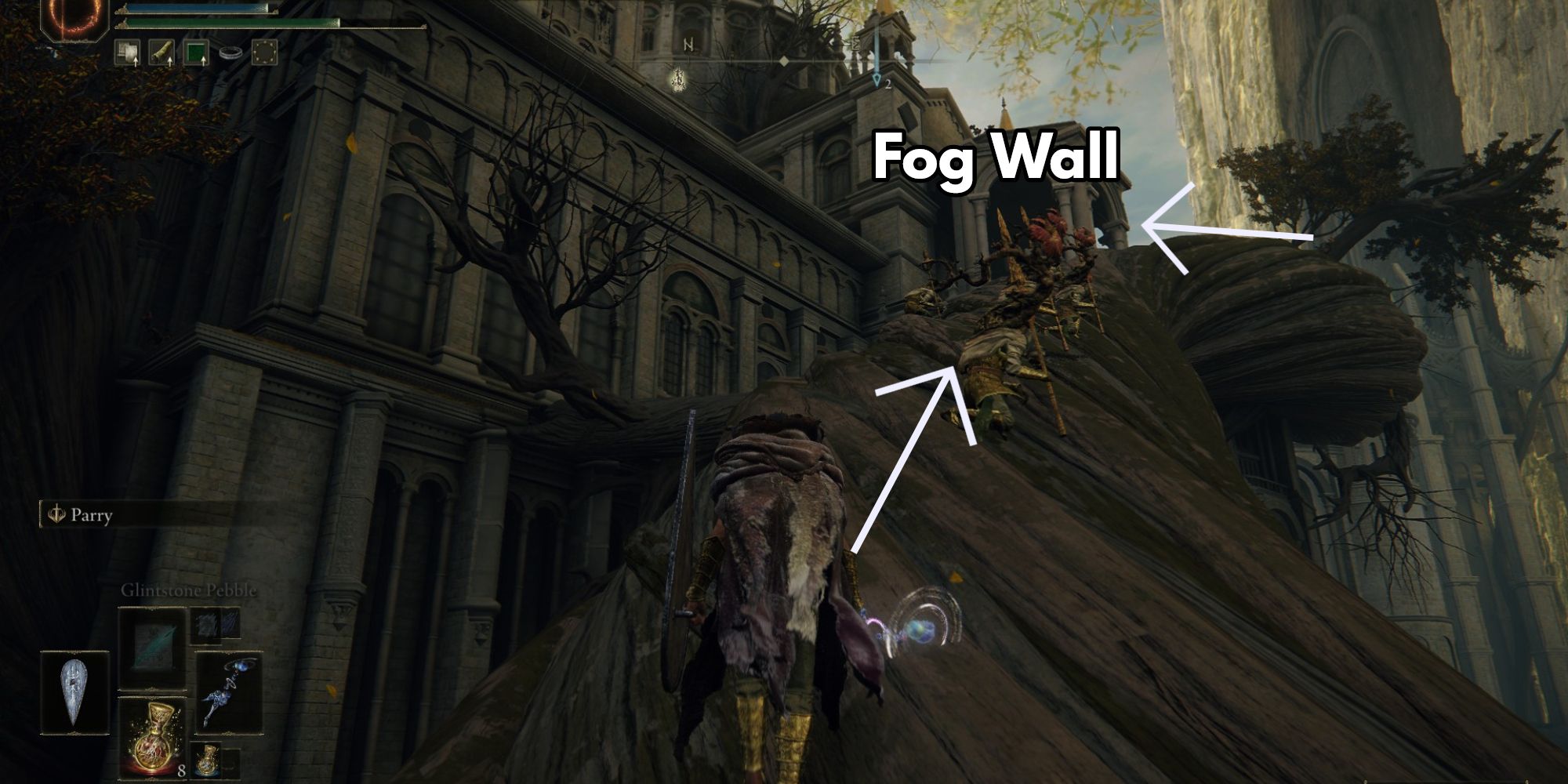 From here, you have multiple options. Directly forward you can see a large gargoyle enemy and smaller instrument-playing enemies guarding a Golden Seed tree. Down the stairs in front of you lies a lever to open some doors below.

What you want to do here is safely and carefully find a way to drop down onto the sand to your right. Your goal is to climb up the tree roots in the distance. At the very top of the roots is the first main boss, Godfrey, First Elden Lord. There will be small Erdtree Guardian enemies along the roots that are as easy to take out as they are likely to ignore you since they take a while to aggro.

How To Get To The Final Boss In Leyndell 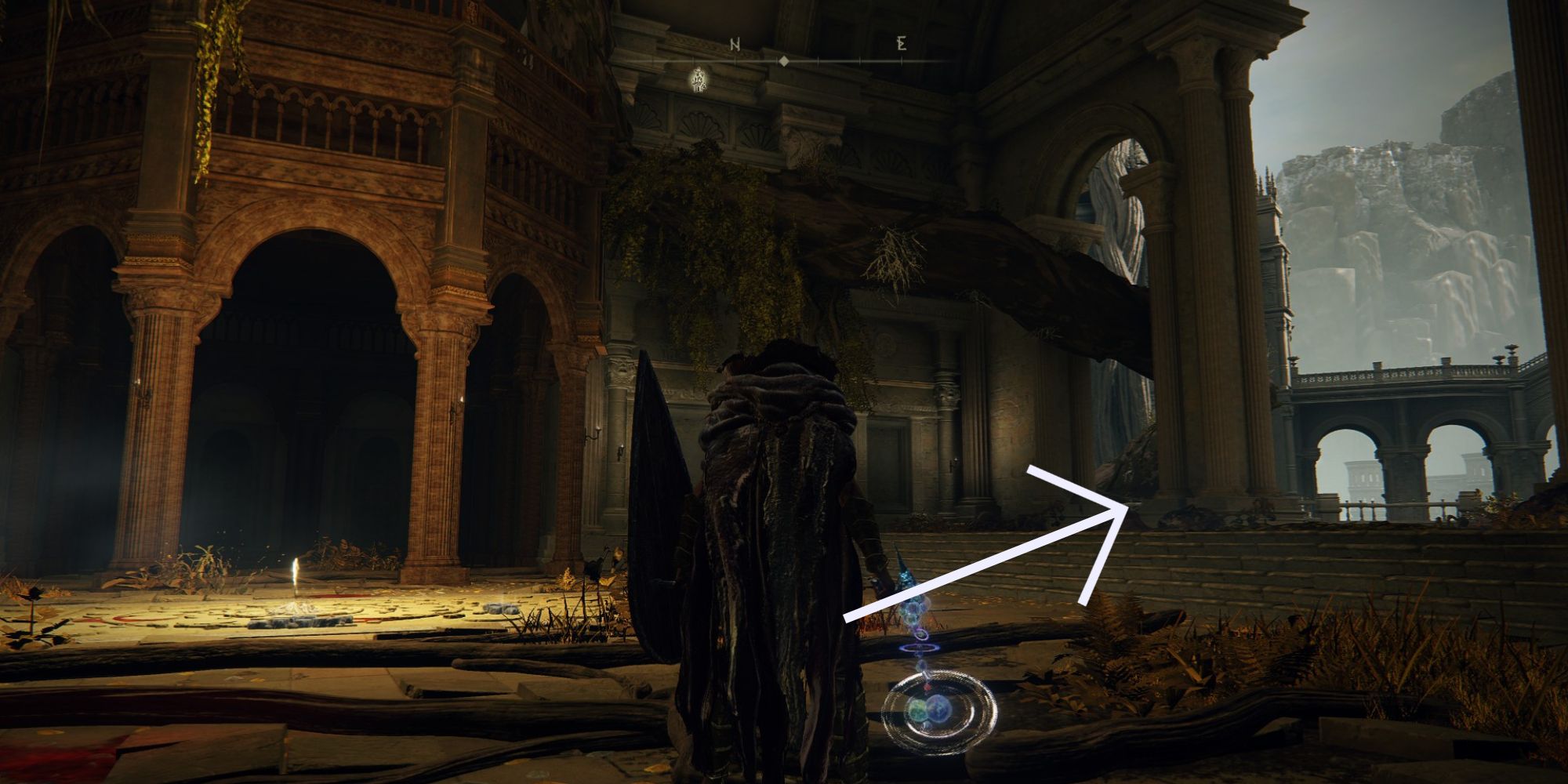 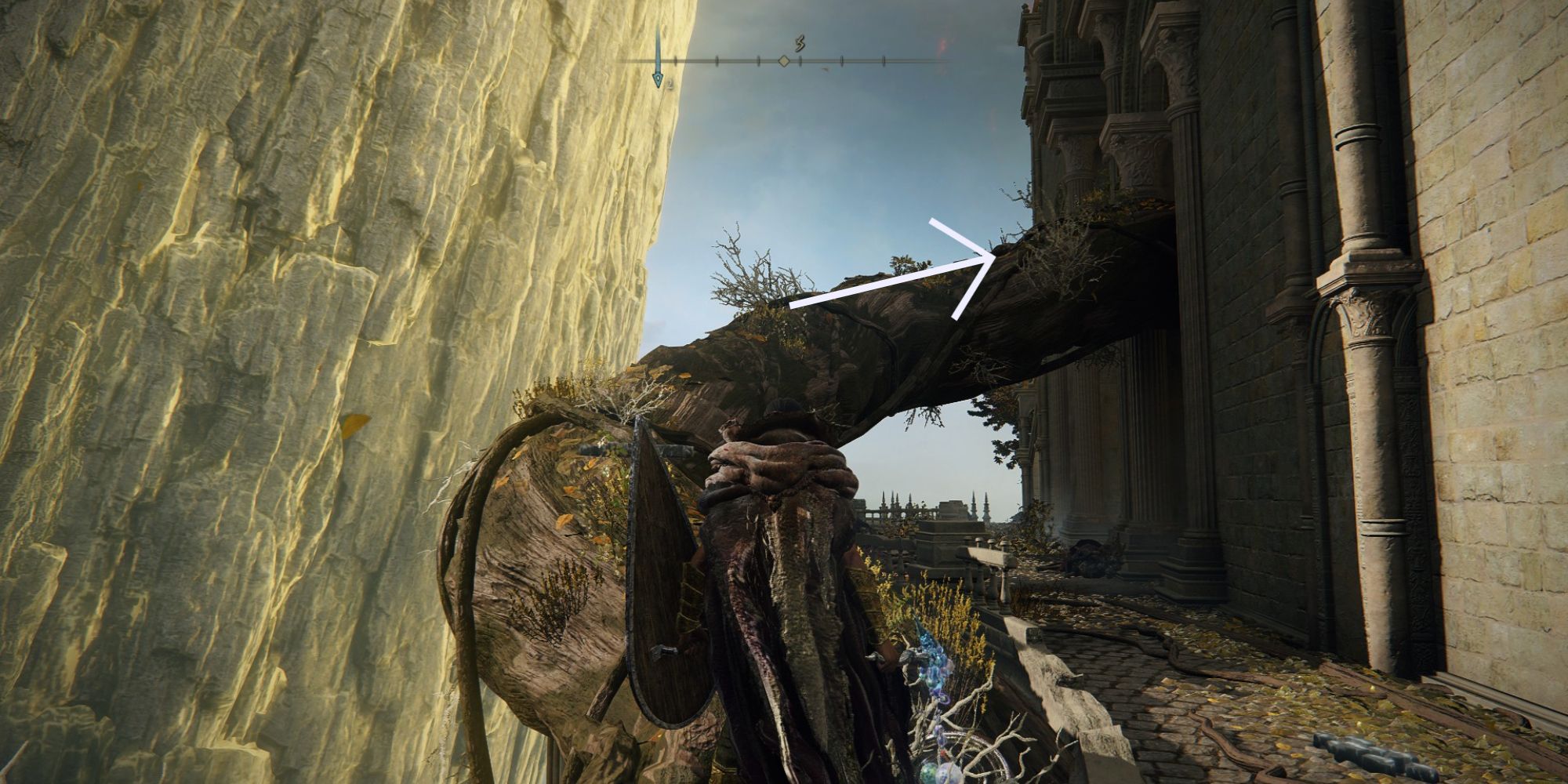 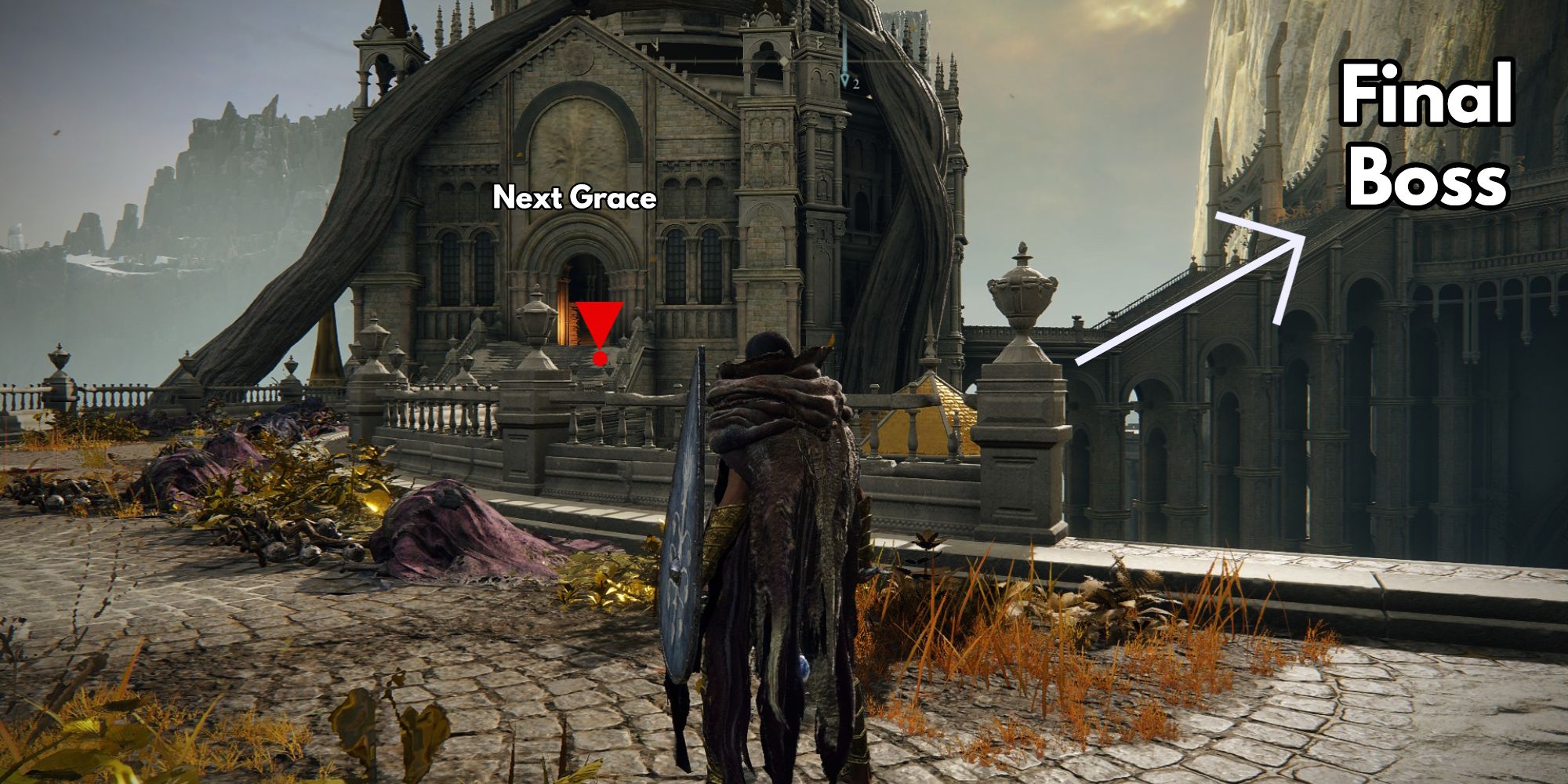 After defeating Godfrey's spectral form, you'll be at the Erdtree Sanctuary Site of Grace. From here, go right and up a tree root path.

Directly above the Site of Grace is a special item. This item is part of Goldmask and Brother Coryhn's side quest. It can be accessed by going outside after climbing the root and dropping on the roof to your left. From there, you should find an open window to jump into.

The last main boss for Leyndell Royal Capital is not far from the first. By going up the roots and walking outside, you'll find a black knife assassin at the end of the walkway. Past him is the next Site of Grace, Queen's Bedchamber. After this grace is the last boss of the dungeon, Morgott, The Omen King.

This is the easiest way to get to the end of the dungeon. Once you've found these graces and or defeated the bosses and spoken to Melina after the last boss, you can backtrack and clean out Leyndell. 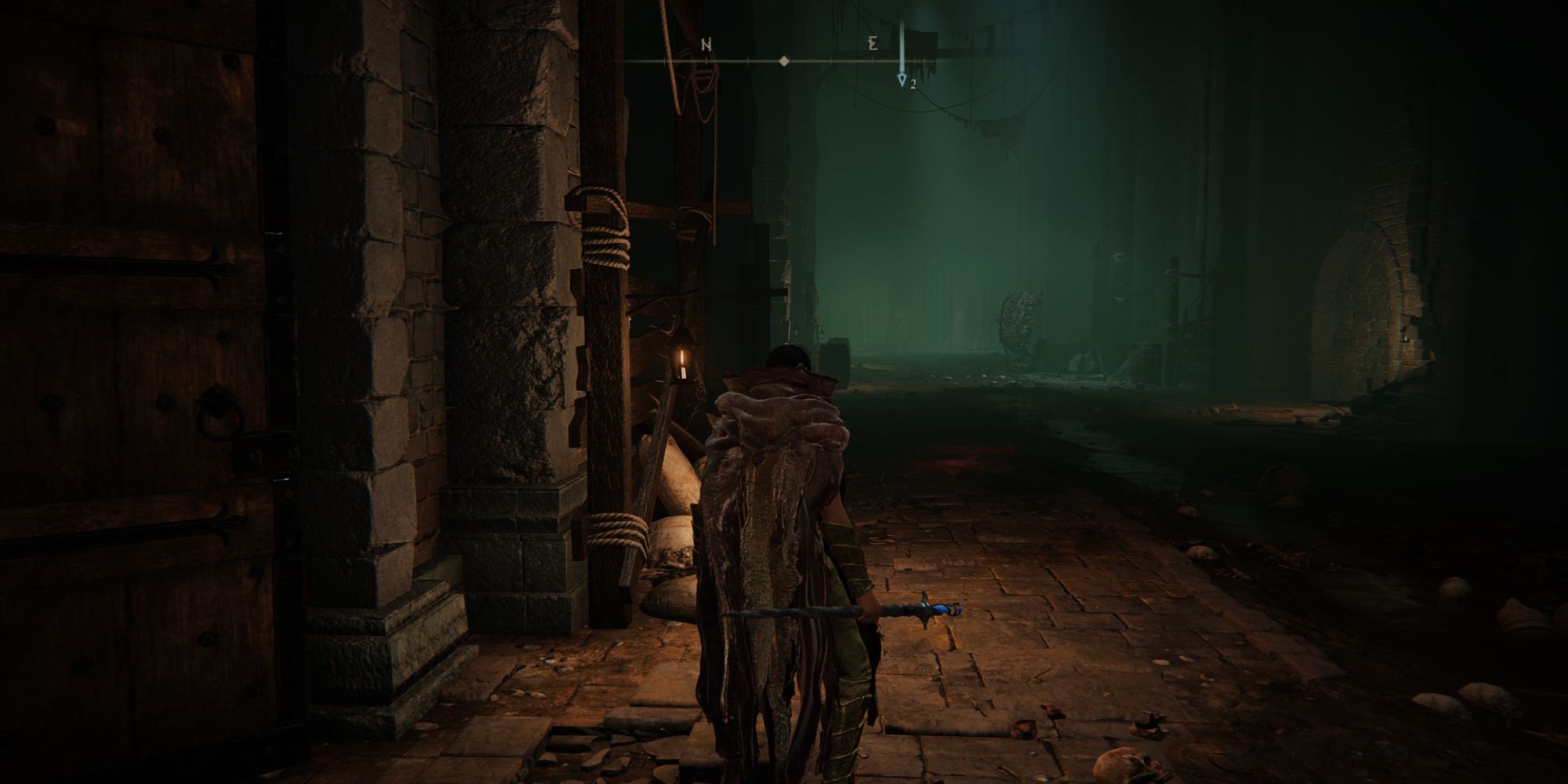 There is a lower, sewer section of Leyndell known as the Subterranean-Shunning Grounds. It's a ginormous, maze-like dungeon of its own. The sewers have their own bosses, NPCs, and loot. A detailed and complete guide will be done on this section of the map soon. 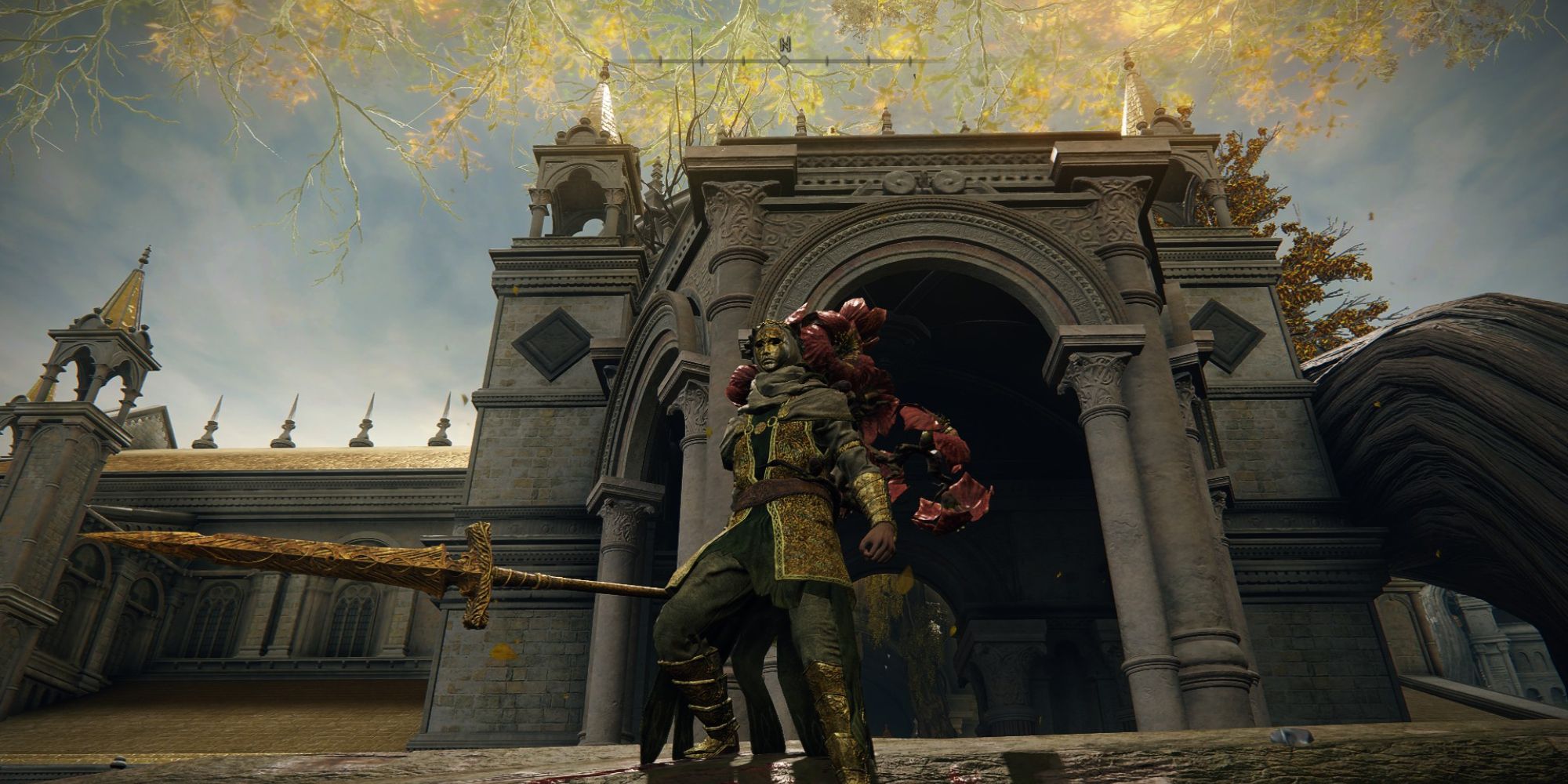 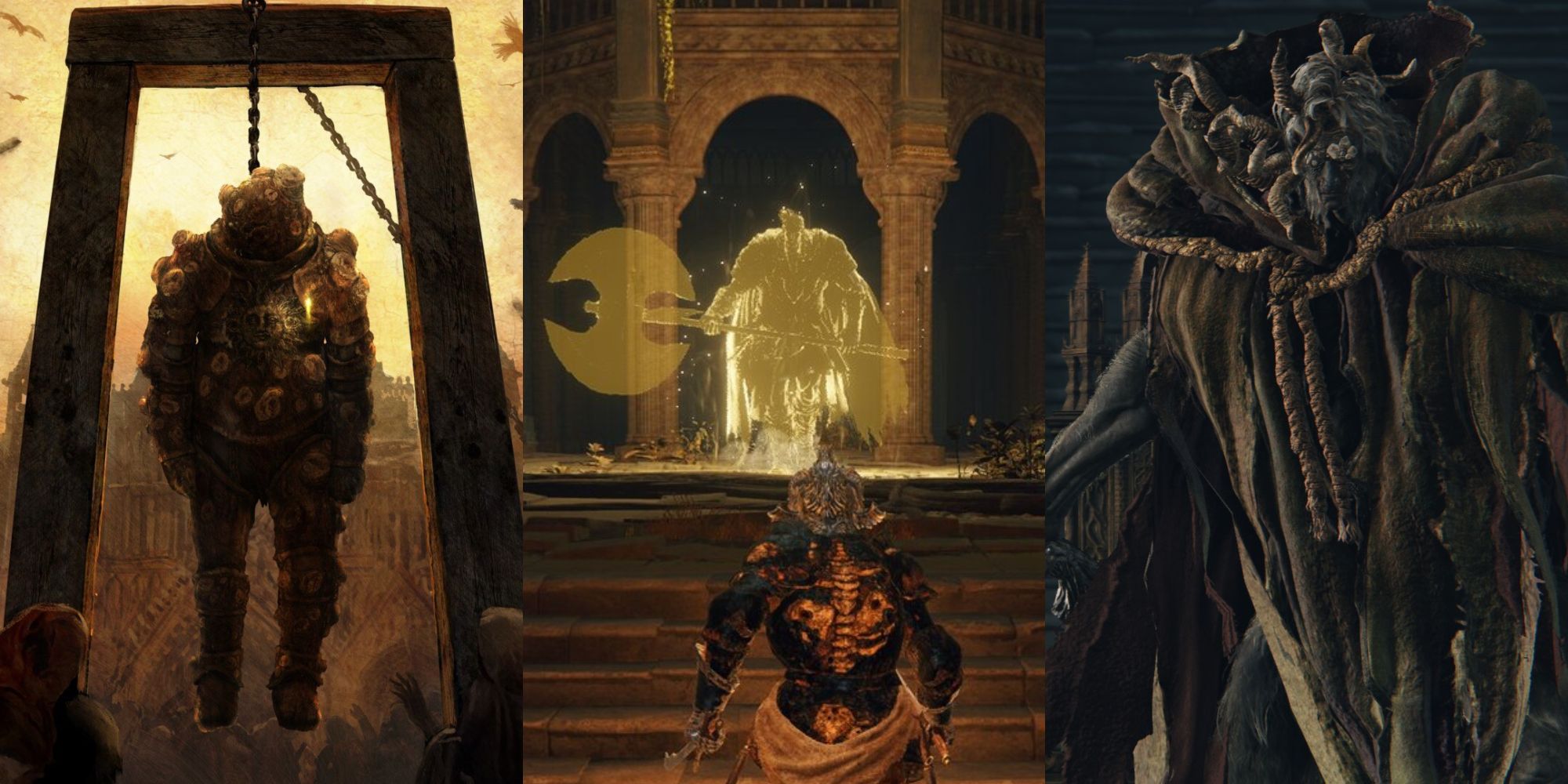 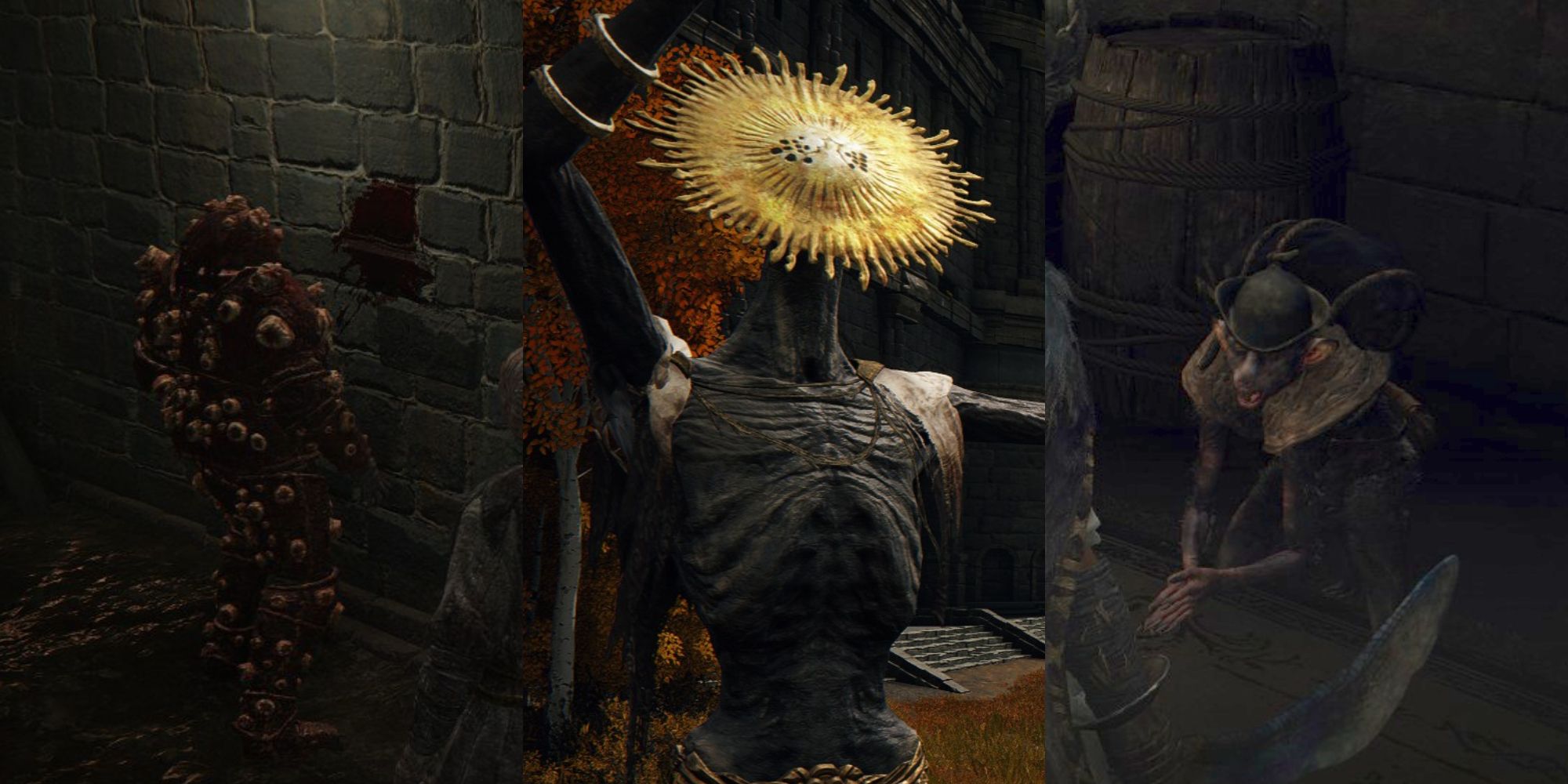 A September Nintendo Direct Has Been Announced For Tomorrow