Understanding the maps in Escape From Tarkov is essential to surviving and making money. There is nothing worse than loading into a raid, checking your potential extracts, and realizing that you have no idea where to go in order to escape with a backpack full of loot.

Even though Factory is by far the smallest map available in Tarkov, in no way is it the easiest to play. The narrow hallways, tight corners, and multiple levels mean that you will never truly be safe (though nobody is ever safe in Tarkov).

Extracts To Find In Factory 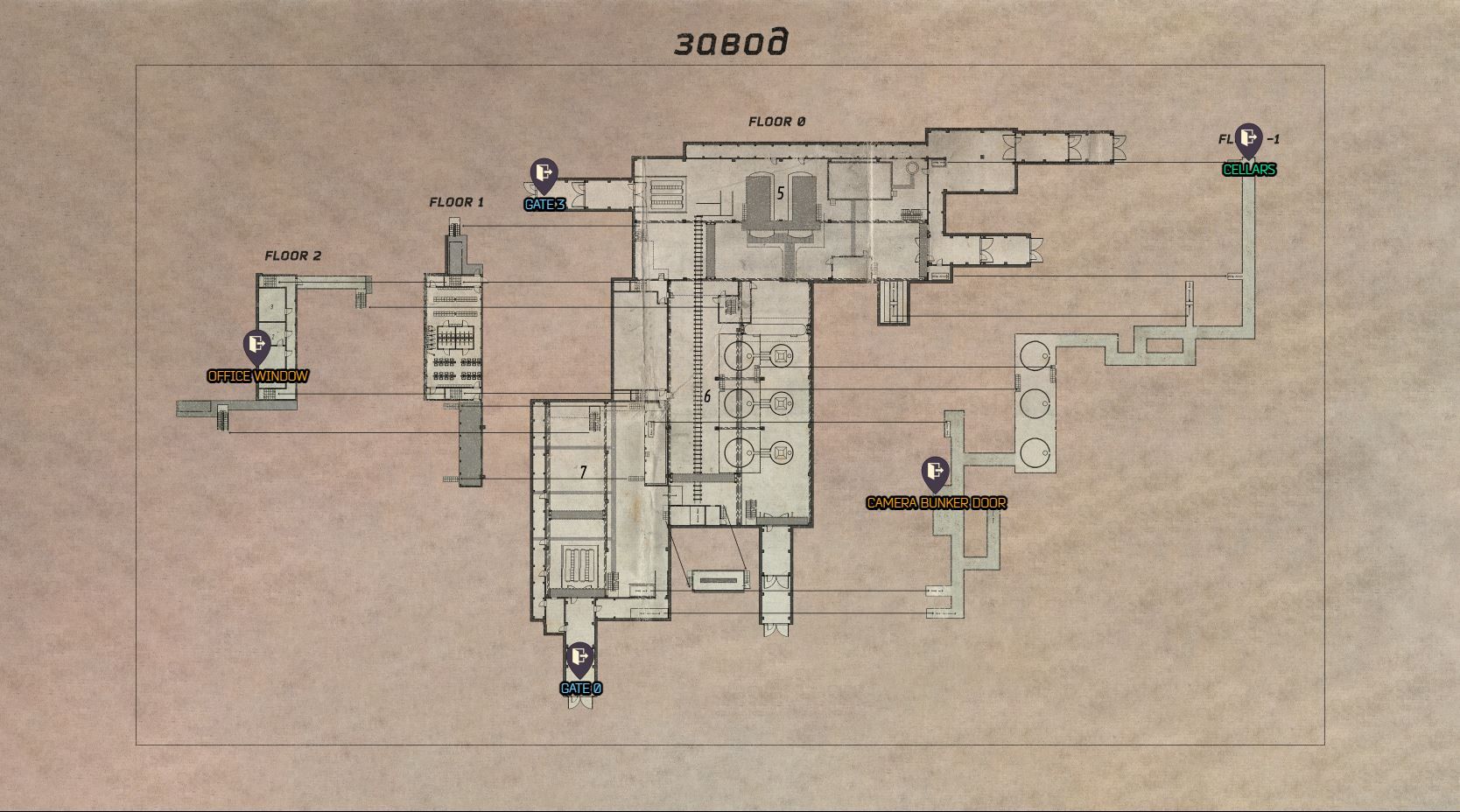 With a total of five extracts, two of which are only available to Scavs, more often than not you will know what your extraction options are before loading into the raid. With only three extracts available to PMCs, if you play as your main character you will always need to choose Cellars, Gate 0, or Gate 3.

Gate 3 is the most frequently utilized extract, as it is available to both PMCs and Scavs, and is also the only PMC extract that does not require a key. If you are trying to extract camp, or are anxious about being extract camped, the two choke points leading towards Gate 3 are deadly. Unfortunately, both Cellars and Gate 0 are hidden behind locked doors, meaning that you will need to find and use a Factory Exit Key in order to take advantage of them.

While Scavs can utilize both Gate 0 and Gate 3, they also have access to Camera Bunker Door and Office Window. The office is by far the most contended room in Factory, as it has the highest density of loot. Pushing office is a dangerous move, and extracting there is even more difficult thanks to its two points of entry and very little cover.

Camera Bunker Door is slightly safer, as very little loot spawns underground and there is more cover. However, enemies can push you from three different hallways, but the traffic in the cellar is far lower than the office and both gates.

Fortunately, all of Factory’s exits are always open, meaning that if you can make your way to one of your listed extracts, you will be able to make it out. Other maps may require a player to activate an extract by turning the power on, and while Gate 0 and Cellars are hidden behind a locked door, you might get lucky by waiting for another player to unlock it first.

Loot To Take In Factory 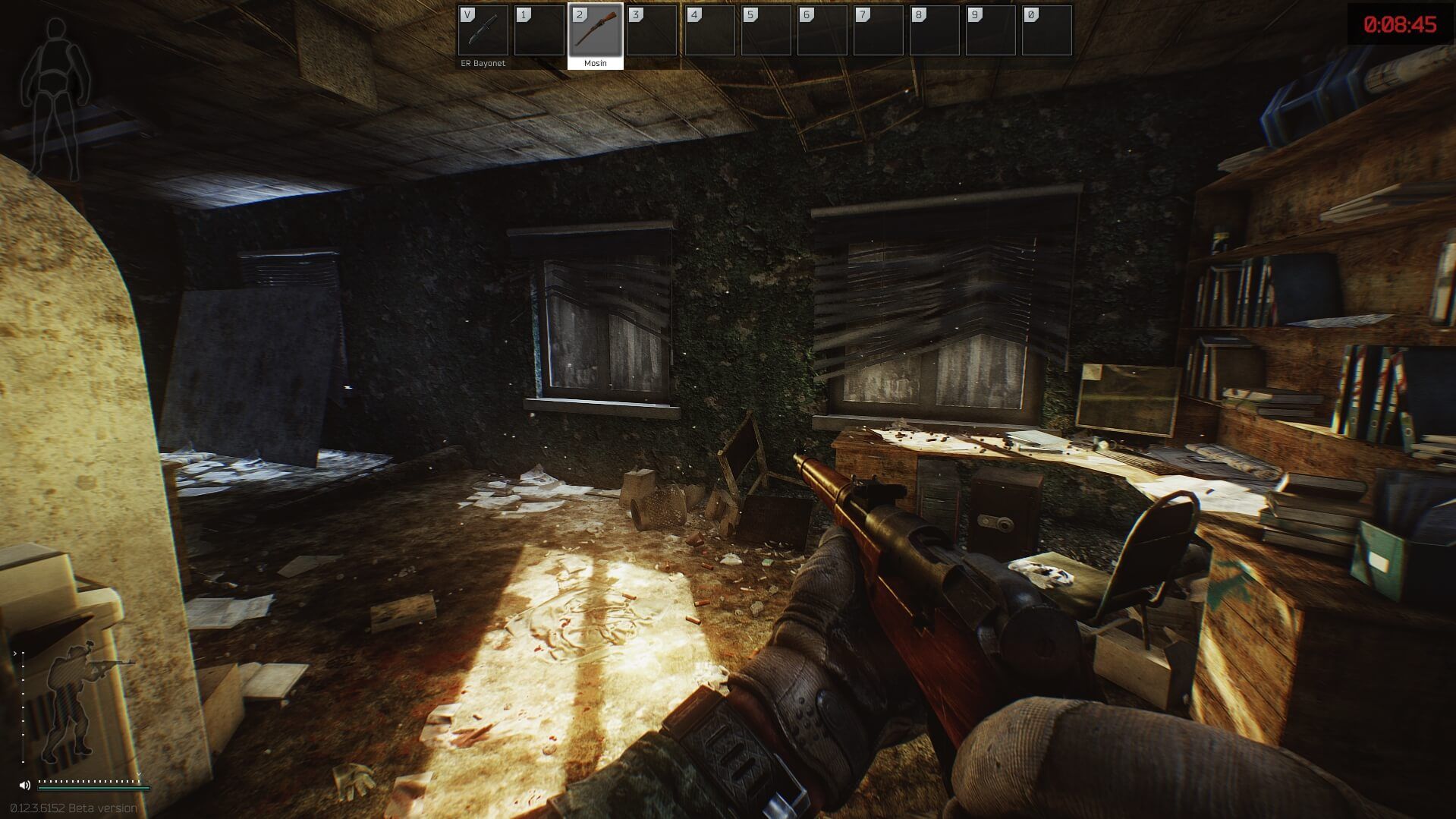 If every other map in Escape From Tarkov provides a lake full of loot, Factory is merely a puddle. The best room for loot is the office, featuring a safe, two jackets, and a full filing cabinet. Located on the third floor, this room is more dangerous for PMCs than Scavs, as Scavs may at least have the opportunity to extract through the Office Window.

The third floor is also home to a locked room, which can be unlocked with the same Factory Exit Key that is used to extract in Cellars and Gate 0. This locked room contains a jacket, a weapon spawn, some loose floor loot, and the Portable Cabin Key of Customs Factory Zone.

There are a few places where the Factory Exit Key can spawn, including the guard office in Customs’ three-storey dorm as well as in a warehouse in Customs’ shipping yard. The key contains fifty charges and can be repaired by Jaeger once he is upgraded to loyalty level two. As is the case with many other keys, this useful addition to your Documents Case can also spawn on Scavs and in jackets.

While you might expect the locker room to contain some jackets and loose loot, it is much more likely that this room will be completely empty. You are better off staying out of this room on the second floor, as the broken tiles covering the ground are incredibly loud and can reveal your location from across the map.

Throughout the main floor of Factory is a scattered collection of wooden crates and weapon boxes, most of which are exposed to multiple angles. Outside of that, there are a few jackets scattered throughout some hallways that are a great source of keys. 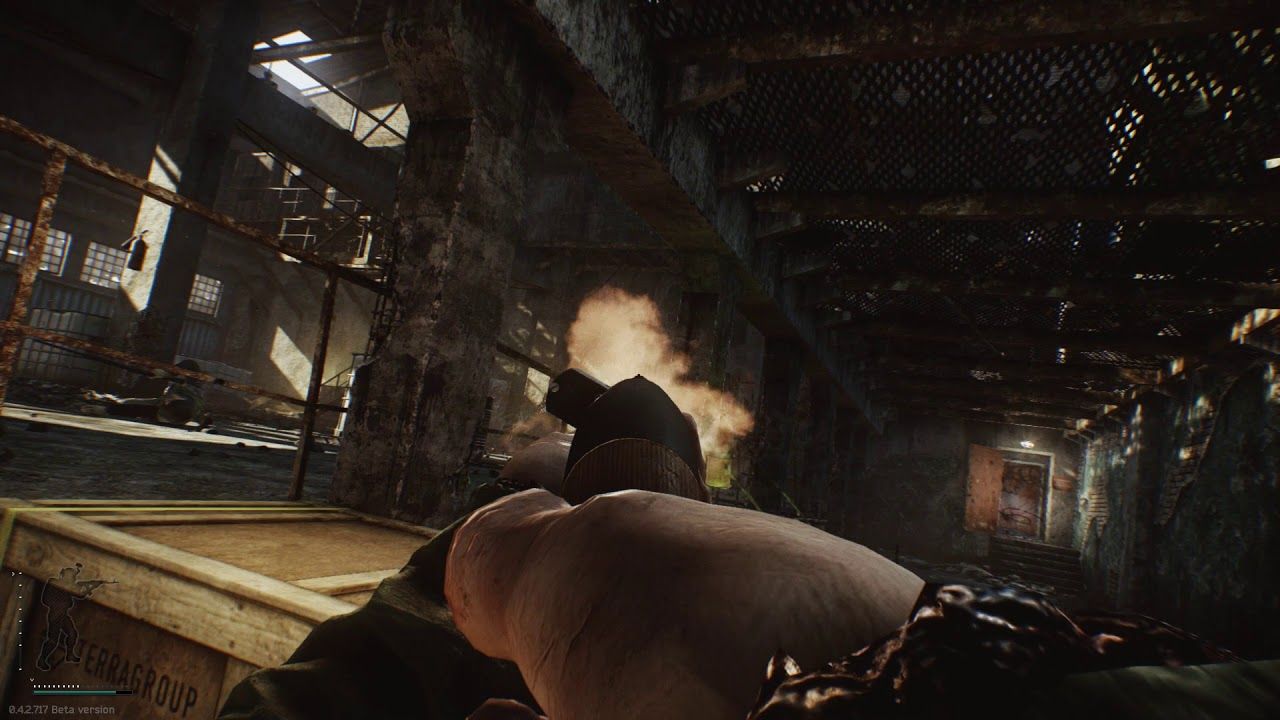 Based on the poor loot pool available in Factory, odds are you have made your way to the map for a task or for the fast-paced combat. If you are really desperate for loot, it is much more effective to grab weapons, backpacks, and rigs from Scavs than scrounging for loot around the building.

With only a handful of long sightlines, sniper rifles are much more difficult to effectively use than other weapons in Factory. Enemies can quickly close nearly any gap, and the plethora of tunnels and hallways allow for easy flanks.

Shotguns and SMGs truly shine on this map. A shotgun’s stopping power can shut down a push in an instant, and the high fire rate of many SMGs can keep an enemy pinned down behind cover.

A slow pace on Factory can be a death sentence, as experienced players tend to sprint through the map as quickly as they can and will not hesitate to open fire on a PMC that thinks they are being stealthy. Before beginning your first Factory raid, make sure to walk around the map in offline mode to become acquainted with the seemingly endless nooks and crannies.

Cheesing Your Way Through Factory 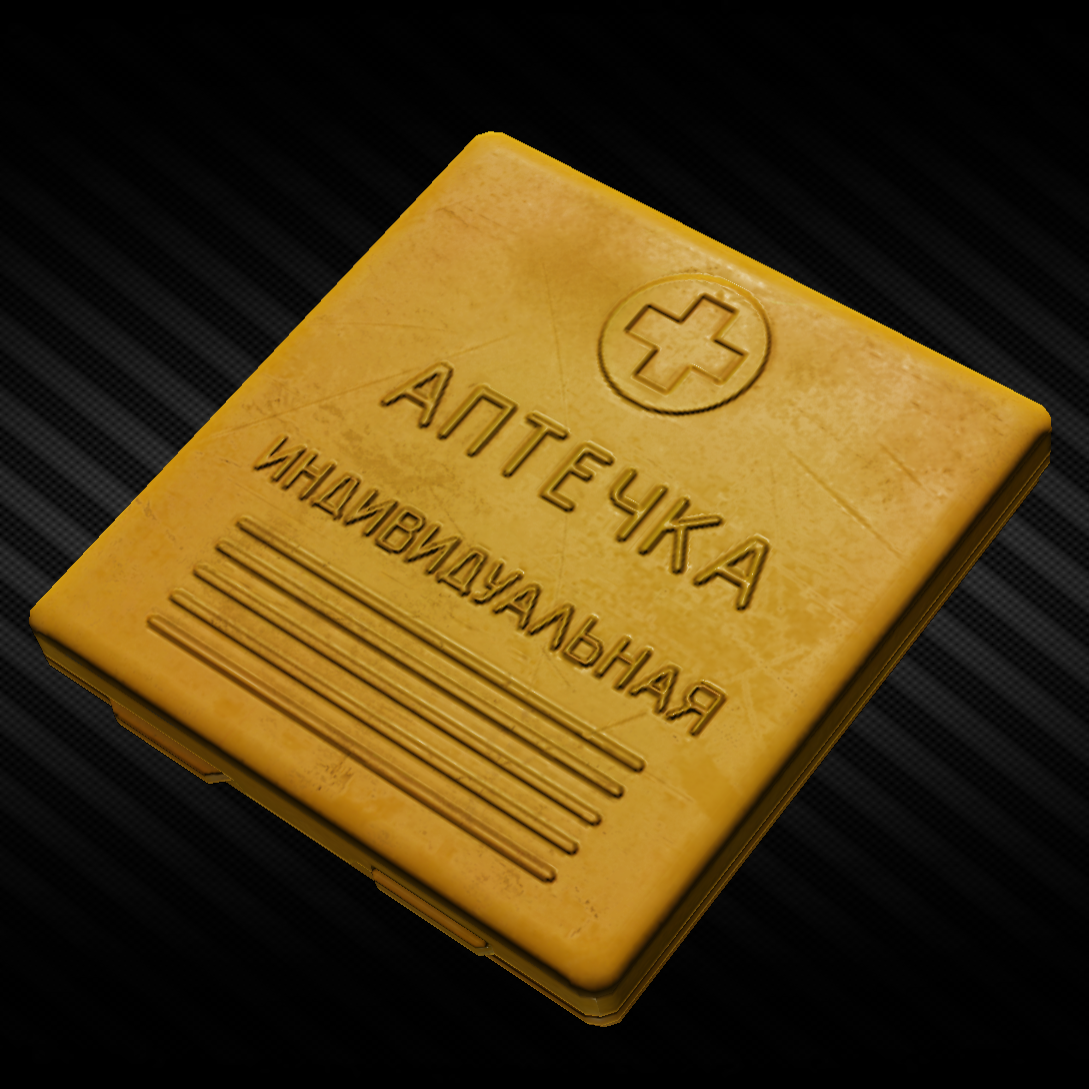 If offline mode sounds too boring for you, there is a slightly controversial workaround that allows you to play online and stay incredibly safe while doing so. If you want to cheese your way through an easy raid, all you need is four willing friends.

Because of Factory’s small map size, there is a maximum of five PMCs (as long as you play during the day) that can spawn in every raid. Because of this, if a group of five players assemble prior to the raid, all PMCs that spawn at the beginning of the raid will be on the same team.

The only enemies that players will encounter are Scavs, which are easy enough to take care of considering that their shouts echo throughout the entire building whenever they spot you. While player Scavs will spawn later on in the raid, by that time it is likely that players will have looted the major rooms, taken out a few AI Scavs, and safely reached Gate 3. The looking for group subreddit is a great place to find other players to keep your Factory runs safe.

Final Thoughts On Factory In Escape From Tarkov

Factory is a very scary place, given that combat happens at such a rapid pace. The map becomes even scarier if you accidentally pick the wrong time.

Unlike other maps in Tarkov, Factory’s time options do not change. Players have the opportunity to choose 3:28 and 15:28. Selecting the former without night vision goggles will lead to an infuriating raid. The lack of light sources, both natural and manmade, will have you wondering if you accidentally turned off your monitor.

Factory is great for quick raids, and luckily the competition for loot is rather low. However, the small loot pool means that making money on this map is not ideal. If you are looking for lots of close quarter combat, and don’t mind making your money by stealing weapons from your enemies, Factory is the map for you.

If you happen to be a beginner, Factory is a deadly maze. While you might need to head there for some early tasks, it is best to do so with a friend to guide you. 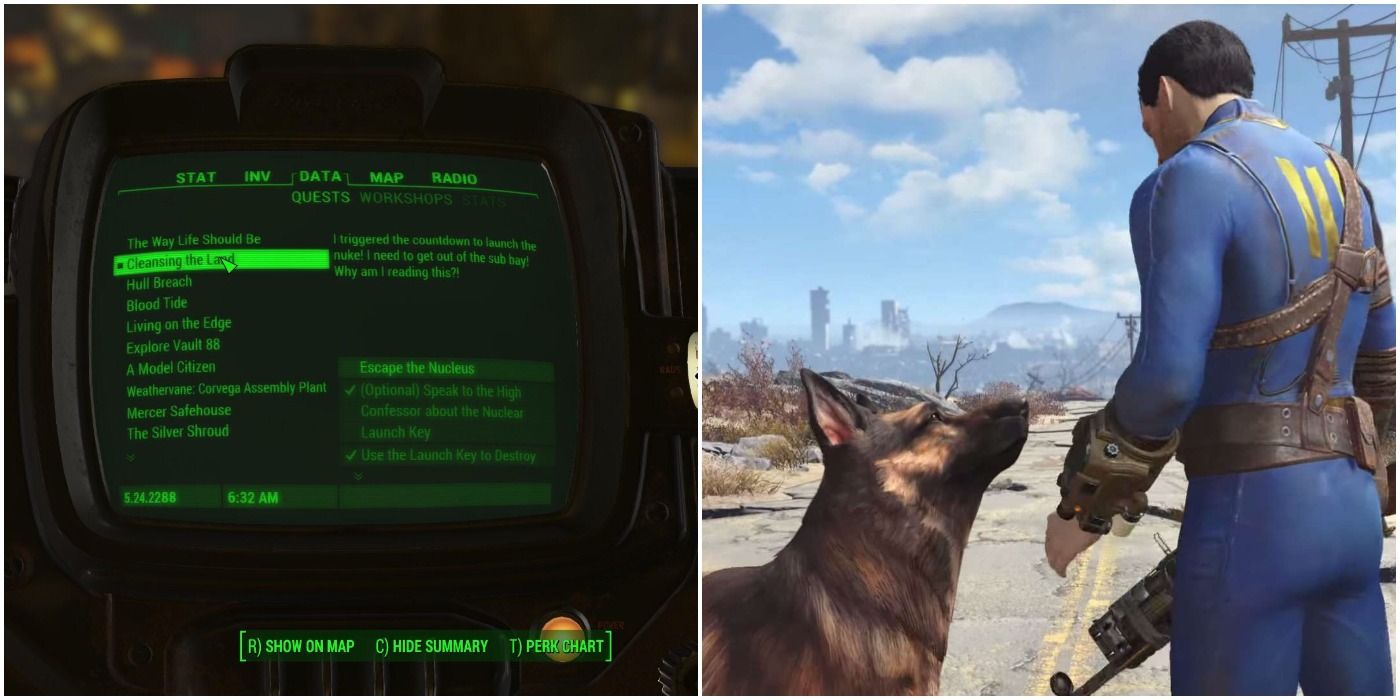 Sitting Down With The Composers Behind Cyberpunk 2077's Soundtrack