Final Fantasy has been around for a long time. It not only popularized JRPGs in the west, but it managed to garner a loyal fanbase that eagerly awaited each new entry. Whilst not every game hits a home run, one thing that remains consistent is the existence of Cid.

Cid is a recurring character whose importance varies from game to game. One of the most defining characteristics of many Cids, however, are their beards. Being a bearded gent myself, I have been given the task of evaluating every mainline Cid and their fluff. No beard is safe. 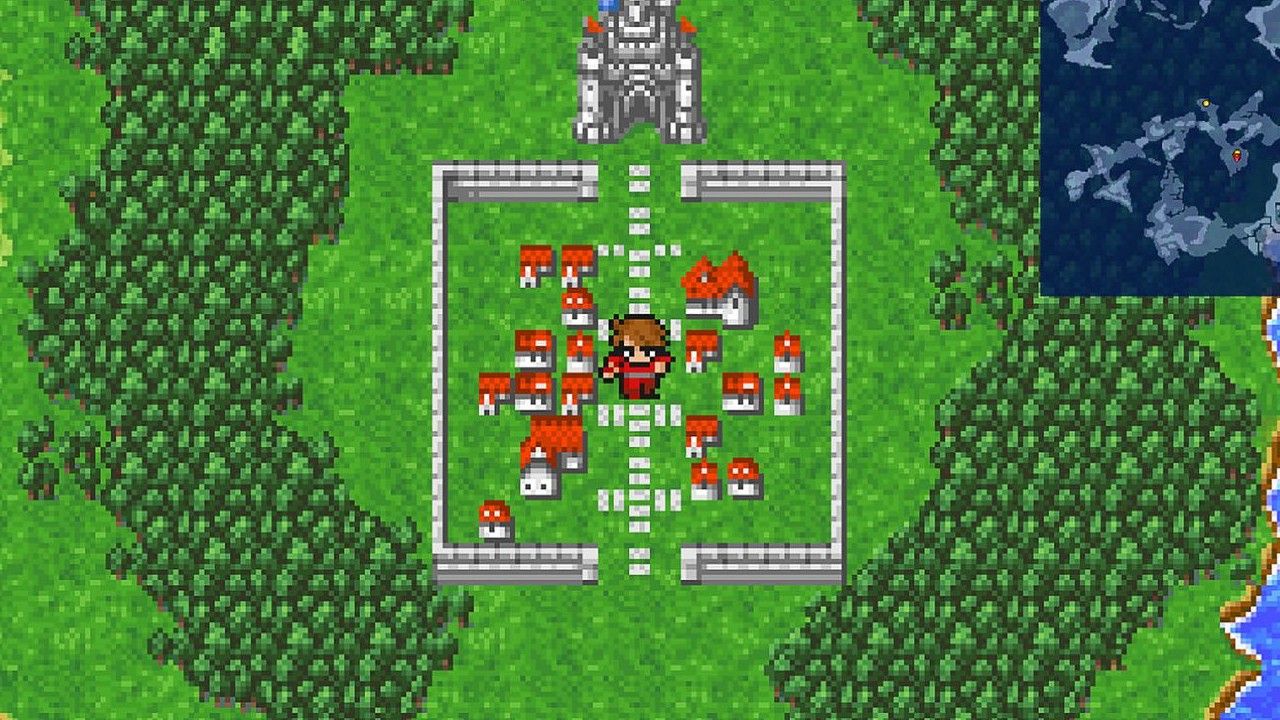 Cid Lufaine is a liar and a crook. Not only does he lack a beard, but his whole existence is called into question. Victim of retconning, Cid Lufaine did not star in the NES original. Because Cid Lufaine lacks a beard, and his grip on our reality is tentative at best, he is cast from this list in disgrace. Begone. 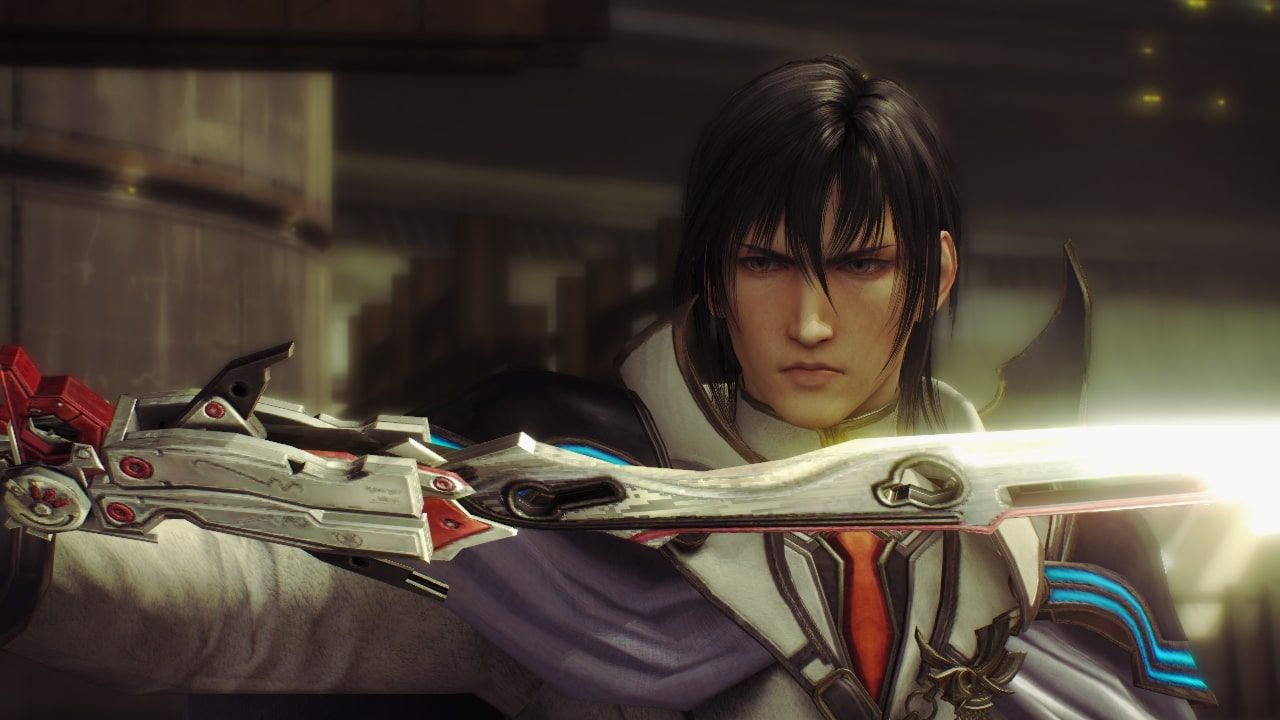 Final Fantasy 13 has the unfortunate reputation of being a bit pants. Whilst it has its dogged defenders, the majority of players like to pretend it never happened. The worst part about Final Fantasy 13, however, is Cid.

Cid Raines is an abomination among Cids – one that rivals even Cid Lufaine, the fake Cid. His bare face is truly frightful to all beard lovers, and when taking a closer look at his follicles, it’s clear he is incapable of growing even the lightest of peach fuzz. Making matters worse, he tries to hide this fact by having excessively long hair. Deception is not a good look, Cid. 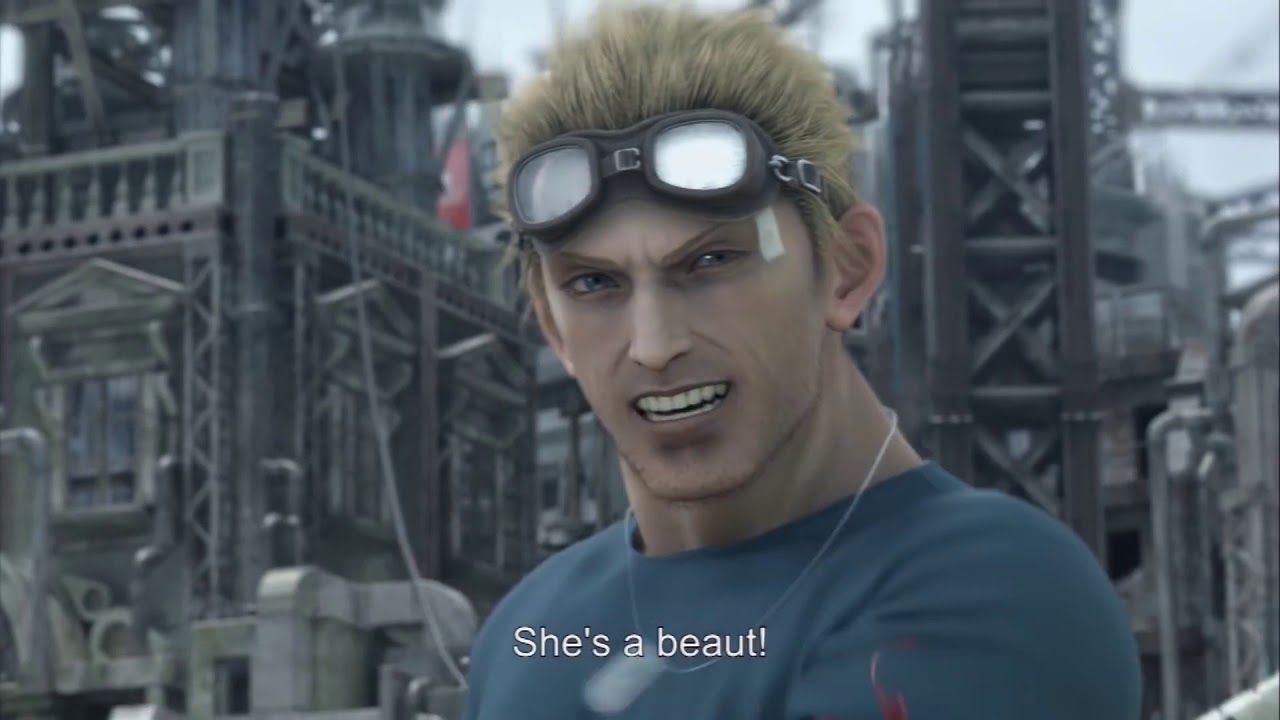 It’s impossible to overstate how important Final Fantasy 7 is for not only the series – but the genre. Without this game, we may never have gotten Final Fantasy 9 in the west, and I don’t want to imagine such a world.

As much as I love Final Fantasy 7, I have to come clean – I am appalled by the state of Cid Highwind. As a character, he is quite the brute, and clearly, this has to do with his inability to rock a beard. Cid Highwind has so little facial hair, one would be forgiven if you thought he was completely devoid of stubble. Alas, there is something there, but this is what many would consider bum-fuzz or cleft-mask. Not a good look. 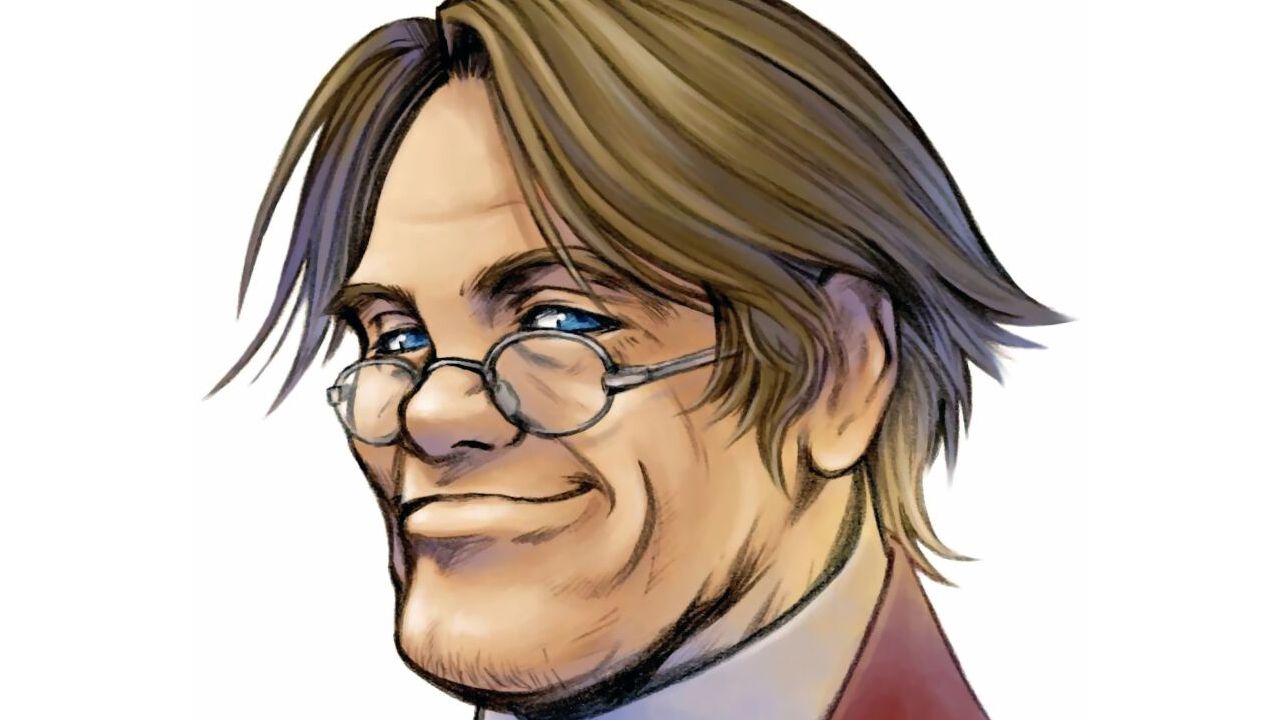 I know what you’re thinking. Cid Kramer has even less facial hair than Cid Highwind. You’re right, his beard is practically imaginary. But hear me out, Cid Highwind tried to cover his chin out of shame. Cid Kramer does no such thing.

Cid Kramer has an extraordinarily large chin, and this clearly fills him with great pride. He thrusts his meaty jaw at you every opportunity he gets, and its bald glory is sure to blind anyone foolish enough to stare directly at it. He may not have an impressive beard, but he scores points elsewhere. 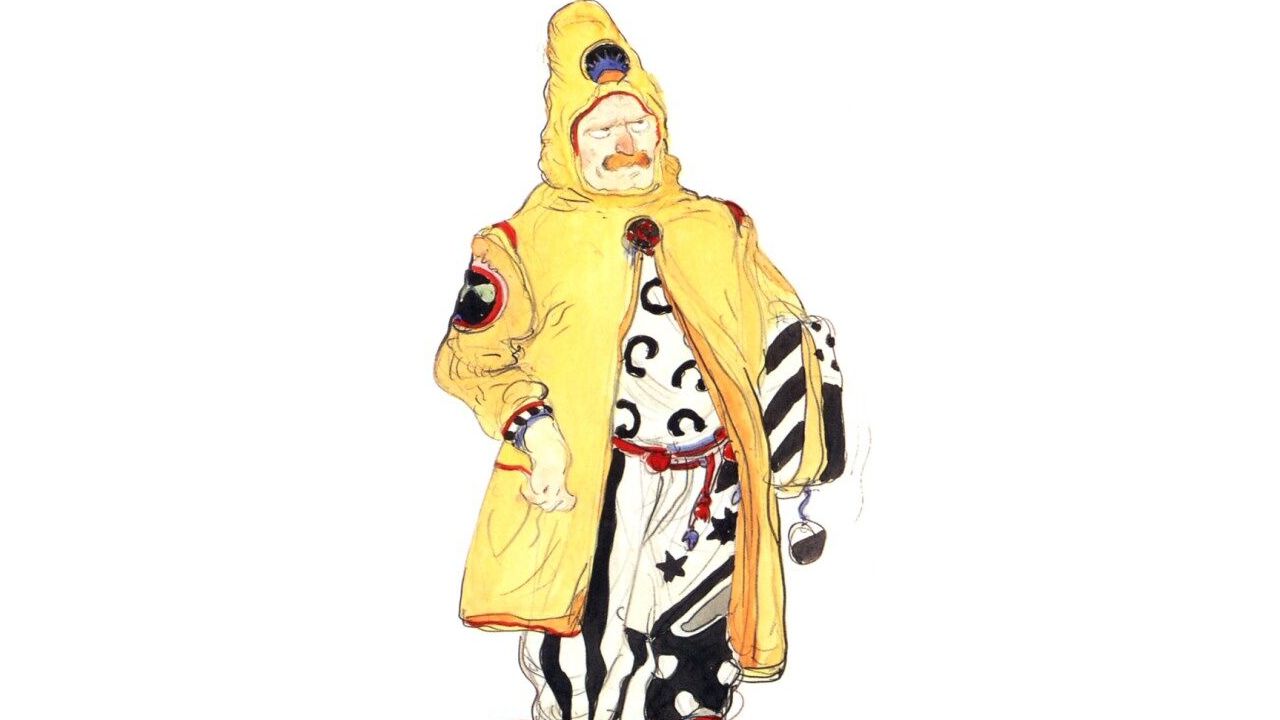 Finally, we come to a Cid with a serious amount of hair on his face. Unfortunately, Cid Del Norte Marguez fails to impress by the nature of his styling. He is rocking a fantastic upper lip slug, however, that completely obscures his philtrum.

That being said, based on its structure, it could be argued that this Cid is less capable of growing a full beard – heck, he may struggle to link his stache. There’s simply not enough evidence to convince any jury that Cid could actually transition into a true beardsman. 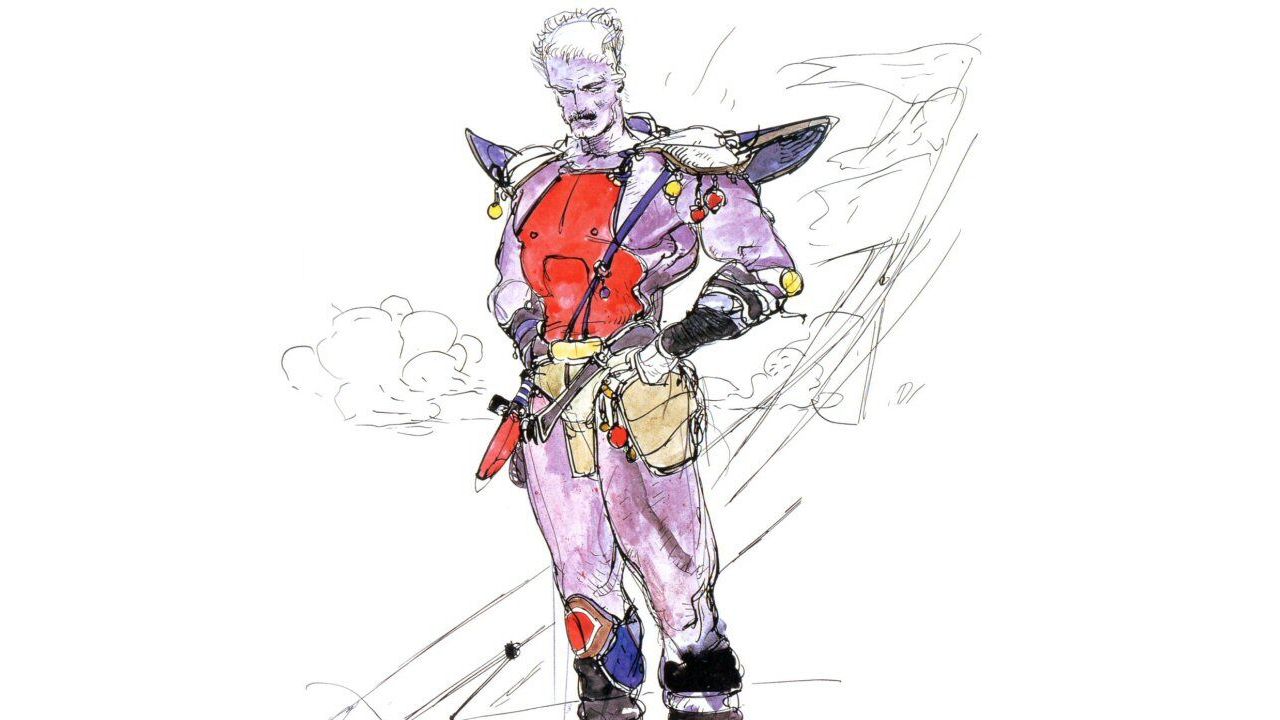 This Cid is another mustache aficionado. Interestingly enough, his mustache isn’t all that great. It’s kinda small and lacks that girthy bush you’d like to see on a mustached gentleman.

It’s clear this is a stylistic choice by Cid, and his neat stache looks groomed and well maintained. Had Cid not been a military man, he may have grown a full beard. Had he done so, it would have been quite the sight. 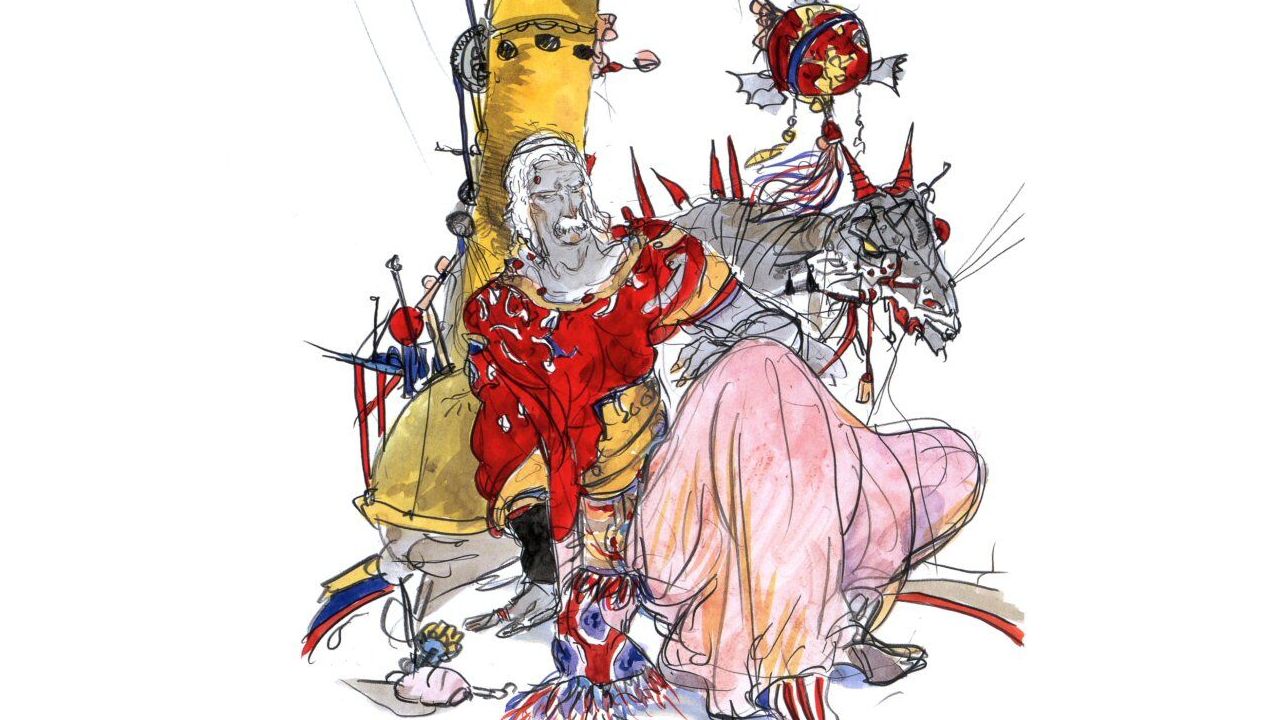 This is one of the best mustaches I have ever seen. It’s truly excellent, rocking a pleasing shape and a consistency that completely conceals his upper lip. Whilst Cid lacks a true beard, it’s clear he COULD grow a beard, and it would be marvelous.

As far as lip warmers go, this one is one of the best. You could imagine gallons of soup getting lost in its labyrinthian strand composition. 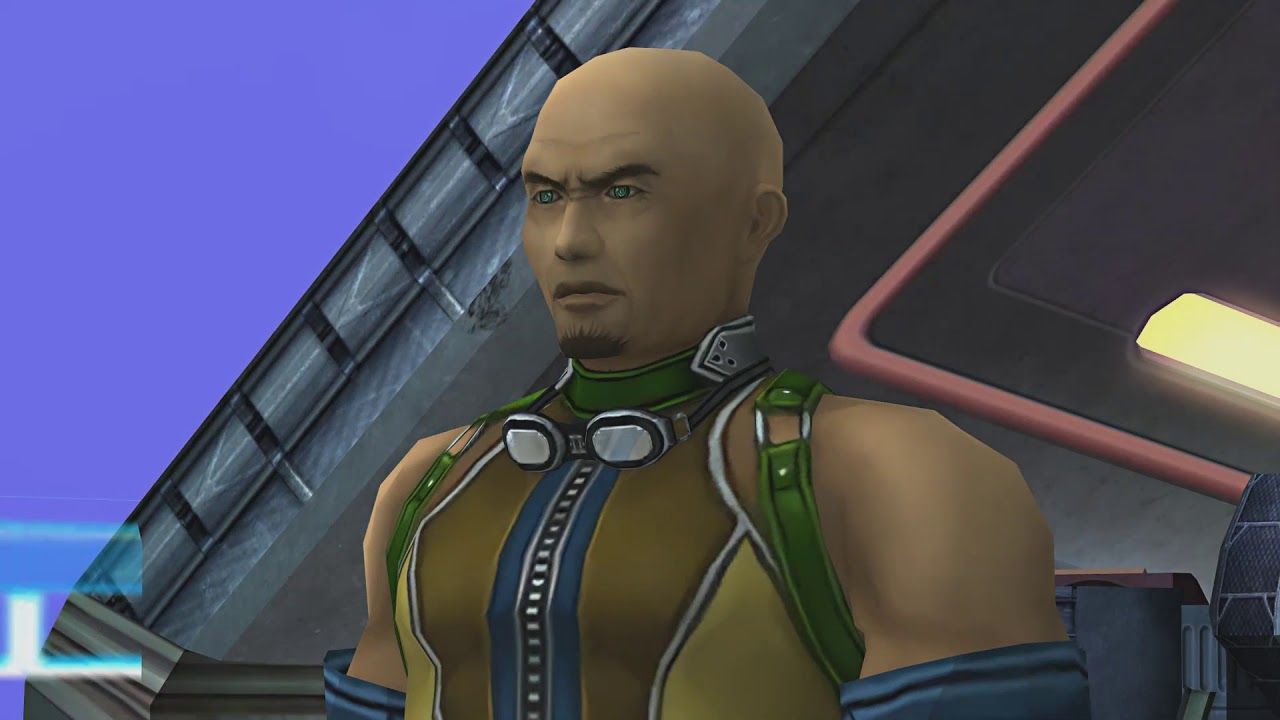 When it comes to beaded Cids, Cid from Final Fantasy 10 is the least impressive. Rocking a serious amount of chin fluff, but lacking in every other category, it’s hard to consider Cid a true beardsman.

Not only that but considering how smooth the rest of his face – nay, his entire head – looks, it's clear he would struggle to expand his beard beyond what we see here. He gets a seat on the beard council, but I don’t grant him the rank of beardsman. 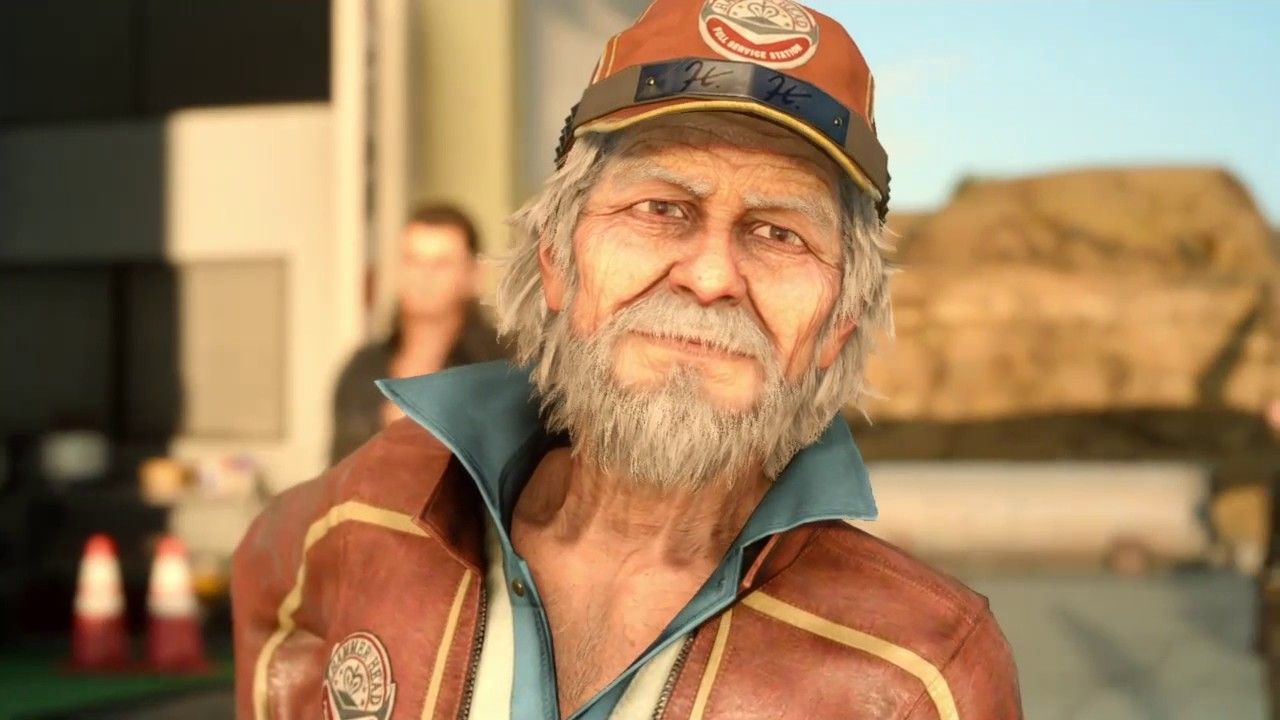 Now we are getting to the good stuff. Cid Sophiar has had a hard life. His grizzled appearance, beaten cap, and deep-set features are made even more apparent by his scraggly-looking beard.

Thankfully, his beard has fantastic coverage and looks stylish enough to be almost intentional. That being said, he has let himself go a bit, and those bristles look coarse, and unpleasant to touch. With a better routine, Cid could really make this beard sing, but as it stands, it’s not ticking all my boxes. 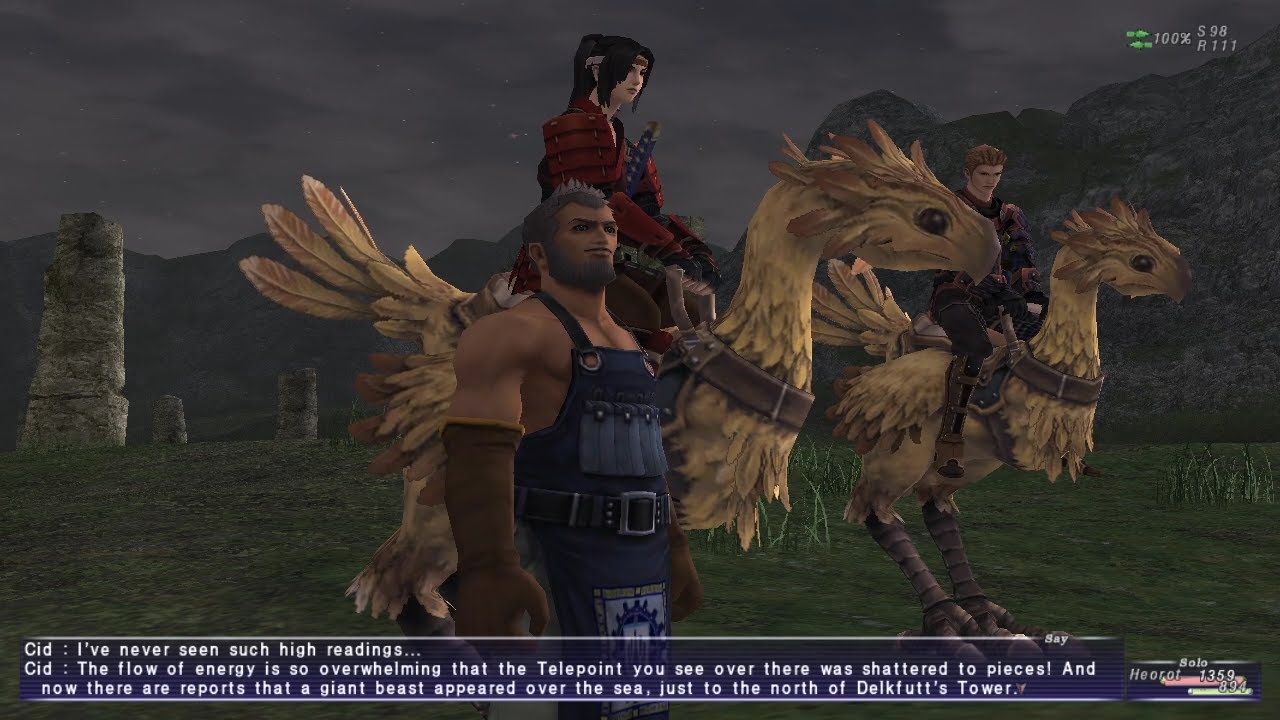 This Cid is packing one of the mightiest chin-straps Final Fantasy has ever seen. If you saw this guy walking down the street, you’d have to do a double-take to see if he was wearing a face mask around his neck, or if he simply lacked a stache.

As with all chin-straps, it takes a lot of dedication to keep it looking great. This means Cid has a fantastic morning routine going, elevating his mane to higher heights. 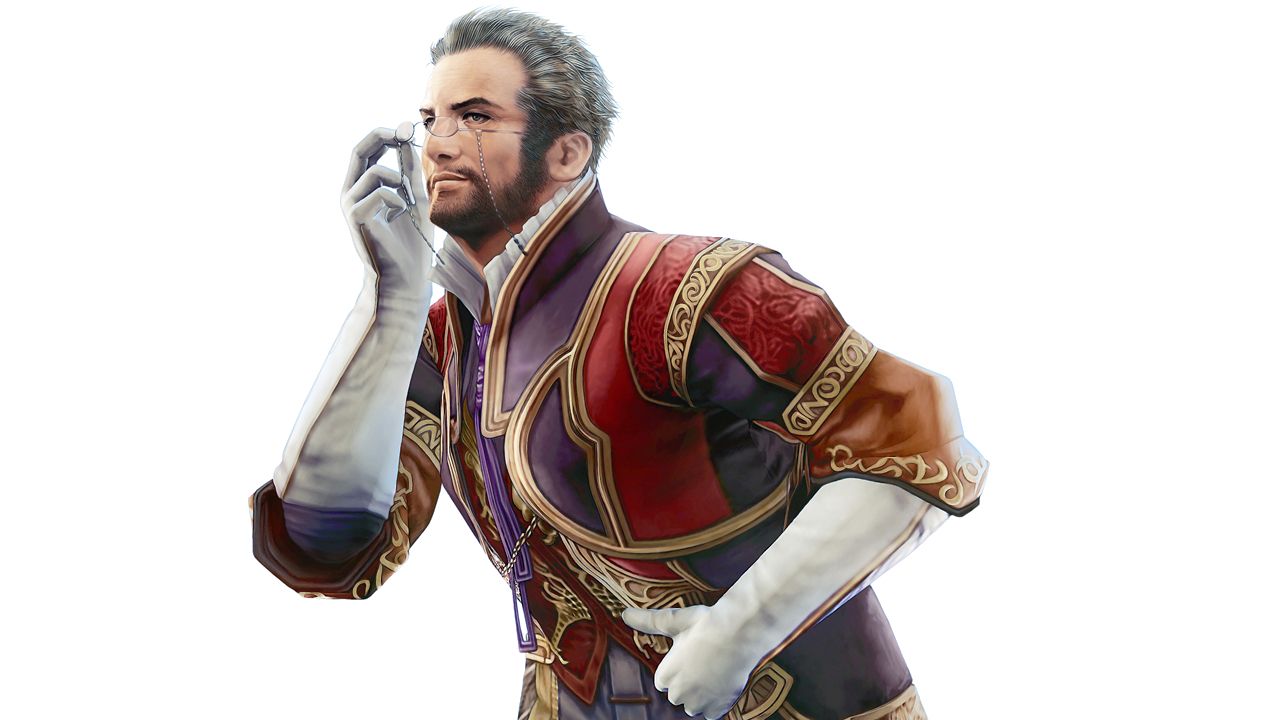 Cidolfus doesn’t have the biggest beard going, but he does have one of the neatest. This is reflected by how trim his beard is. What it lacks in might, it makes up for in refinement. Like with all neat beards, it takes a lot of dedication to maintain that trim look. I can imagine running my fingers through his ruff and being met with nothing but silk. Top marks, Cidolfus, top marks. 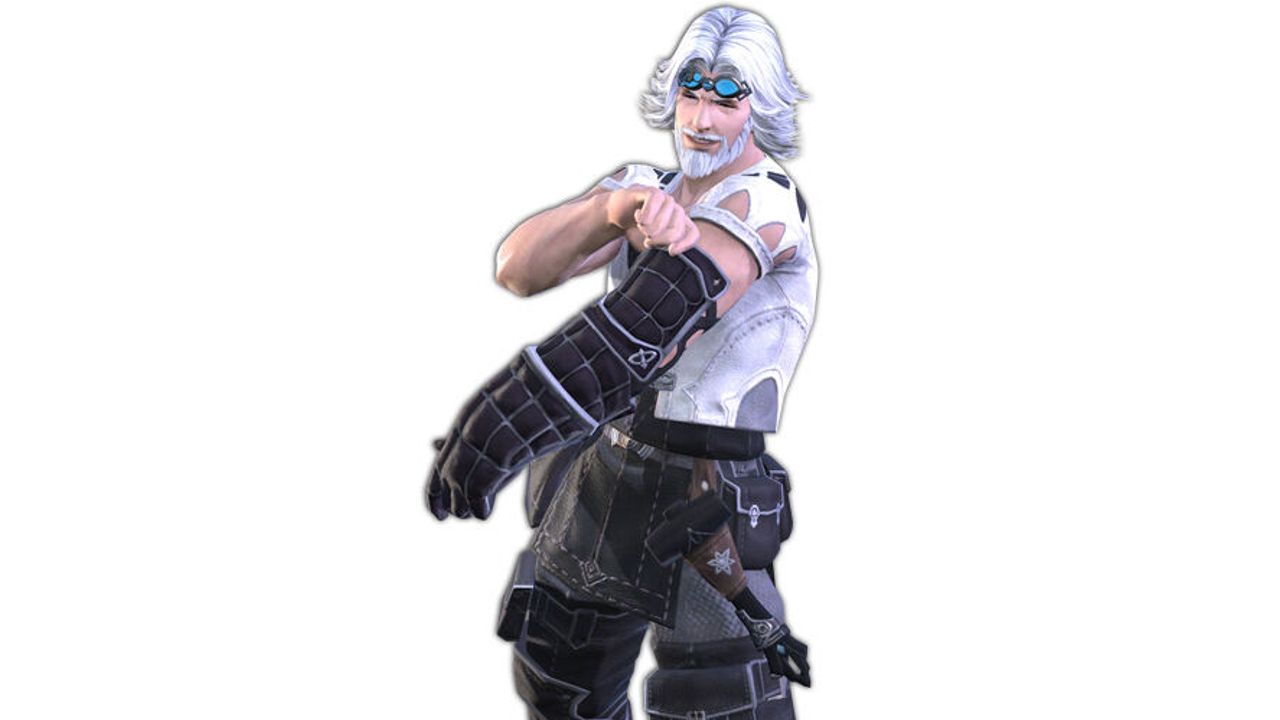 Cid nan Garlond from Final Fantasy 14 takes what Cidolfus did, and improves upon it in every way. It has more length, better coverage, and has a nice thickness to it. Despite this, Cid manages to keep his beard looking neat and well-groomed.

Not only that, but its silver coloring is very nice on the eye, and only strengthens the overall look. Unlike lesser Cids, this Cid even sports an impressive set of hair to complement his facial bush. 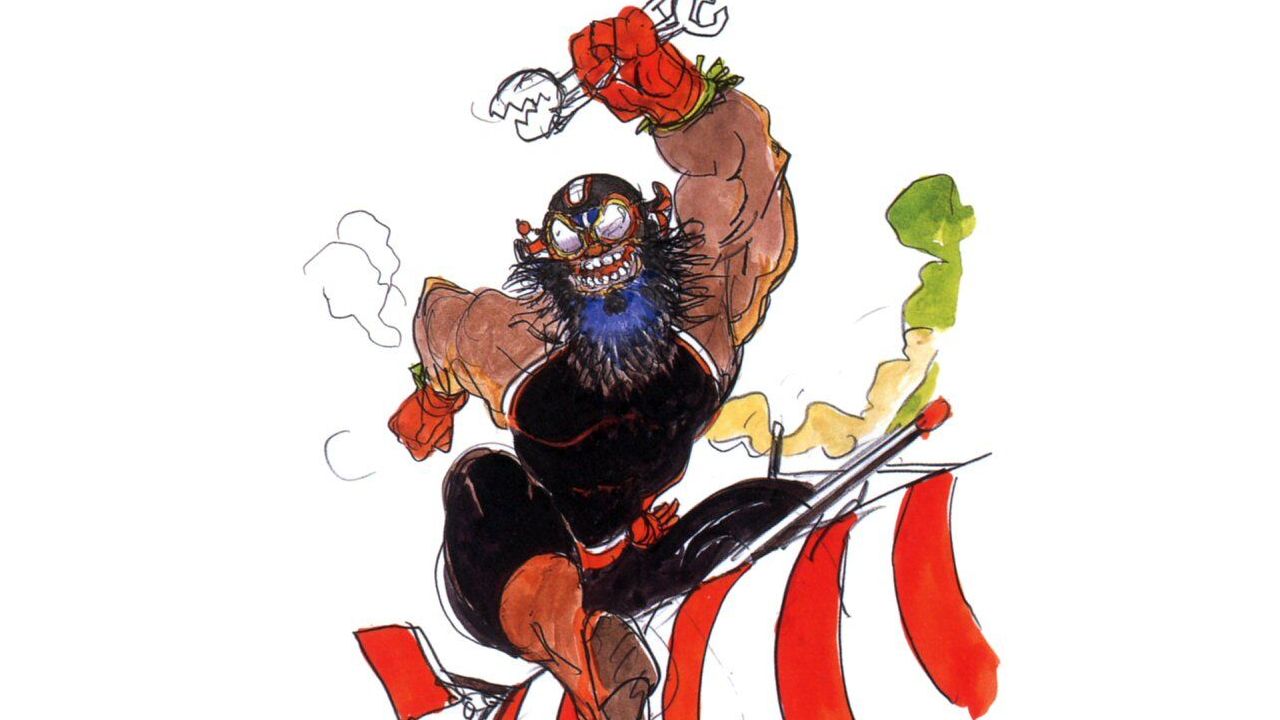 Cid Pollendina looks like a man possessed. A face full of madness reinforced by his disheveled beard. Don’t let first impressions fool you, however. Cid Pollendina’s beard has an undeniable sheen only the mightiest man manes can muster.

Clearly, Cid has some sort of routine going, otherwise, his overgrown bauble-hanger would cut glass. Perhaps he found a hidden use for all that motor oil he has lying around his workshop? 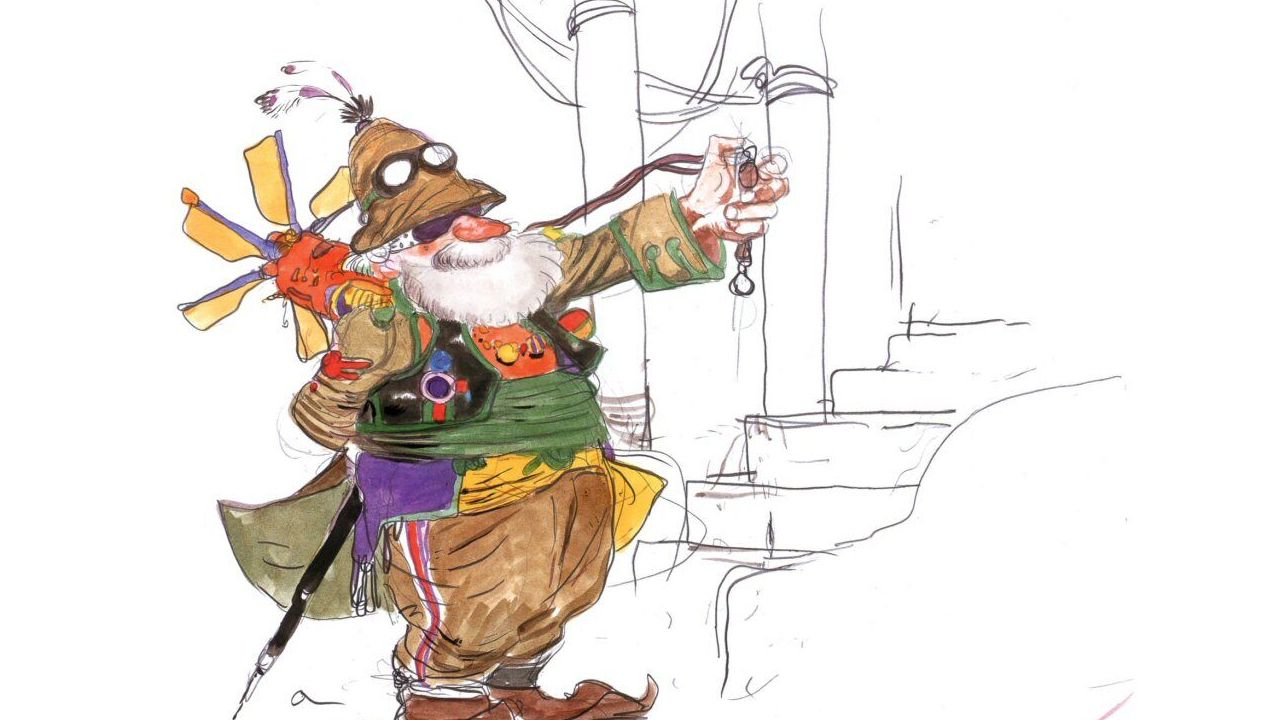 Cid Haze is the quintessential elderly beardsman. It’s clear he has been a part of the council for years – if not decades. This had led to one of the softest-looking beards I have ever seen. It’s like someone gently applied a cloud to his face.

Cid Haze reminds me of Indiana Jones’ dad from The Last Crusade had he performed the Potara Fusion with Santa. This is a top-tier beard. 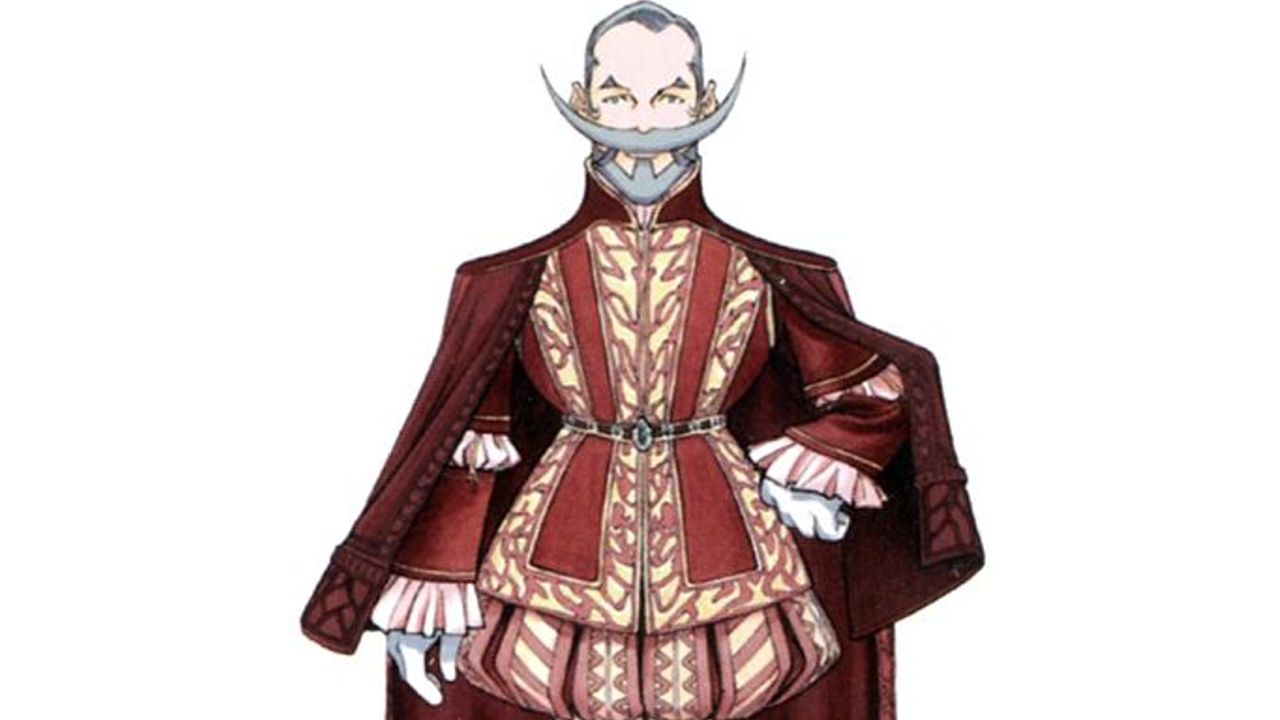 Cid Fabool takes the biscuit. He is the complete package. His beard is trimmed, neat, and proper. His stache is lengthy, impressive to behold, and hard as a rock. It’s clear he takes good care of his beard.

If I was a betting man, I’d say Cid Fabool douses his beard in jojoba oil daily and applies a generous coating of bee’s wave to moisturize and style. This is a Cid any budding beardsman should look up to.

Help Fund This Artbook About Game Landscapes By A Garden Designer

Madden predicts a nail-biting Bengals win in the Super Bowl