Whether you're a long-time Final Fantasy fan or are just getting into the series, The Gold Saucer is likely a location you're familiar with. First appearing in Final Fantasy 7, the amusement park/casino hybrid has become an iconic image for the series, offering players a place to take a break from their quest and indulge in a variety of distractions.

In Final Fantasy 14, The Gold Saucer makes its appearance again, this time as The Manderville Gold Saucer. Here, you'll be able to earn MGP, a unique currency that can be exchanged for a variety of prizes including cosmetics, hairstyles, and mounts. The Gold Saucer offers a variety of ways to earn MGP including Chocobo Races, platforming challenges called GATEs, and the Cactpot Board. However, you'll also come across various minigames scattered around the Saucer's floor. While less lucrative than other options these games are a great way to kick back and have some lighthearted fun while taking a break from saving Eorzea. 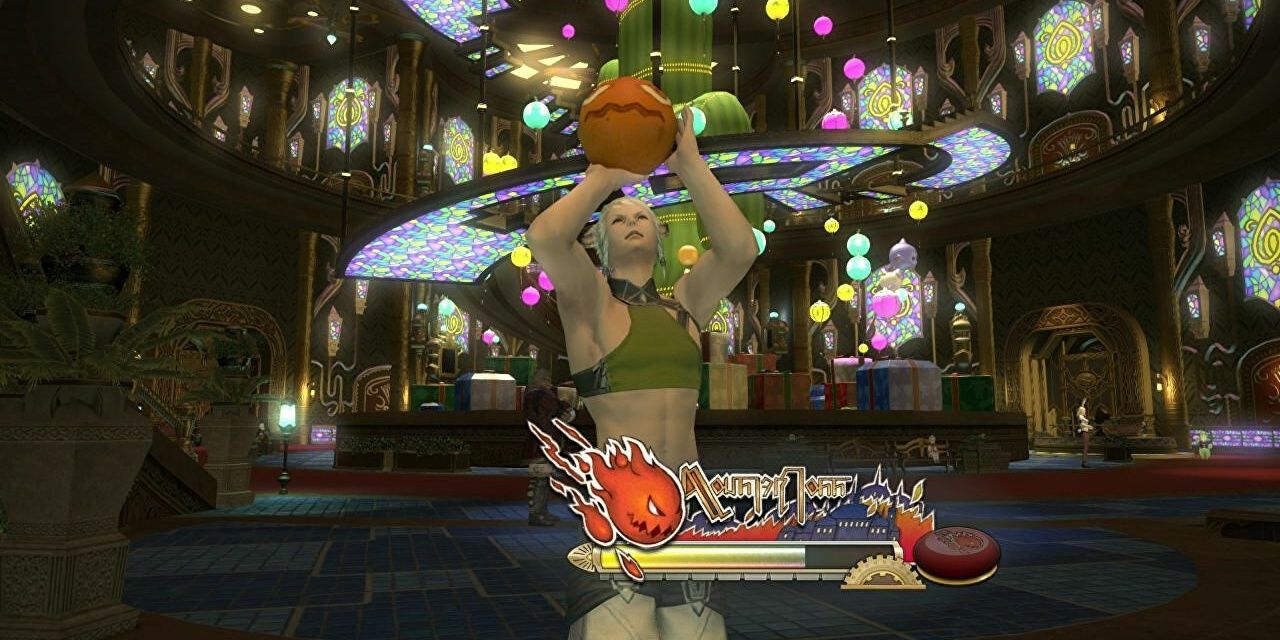 Eorzea's take on basketball, Monster Toss will have you shooting hoops for MGP. You'll have five chances to score a basket with each landed shot netting you ten MGP for a maximum of 50 if you manage to land all your throws.

The issue with Monster Toss is the slim margin of error, meaning unless you're a master of timing, you likely won't be able to land all five shots consistently. This means you'll diminish your already-meager max payout, potentially coming away with just ten MGP per round. Unless you're a basketball enthusiast, consider leaving Monster Toss alone. 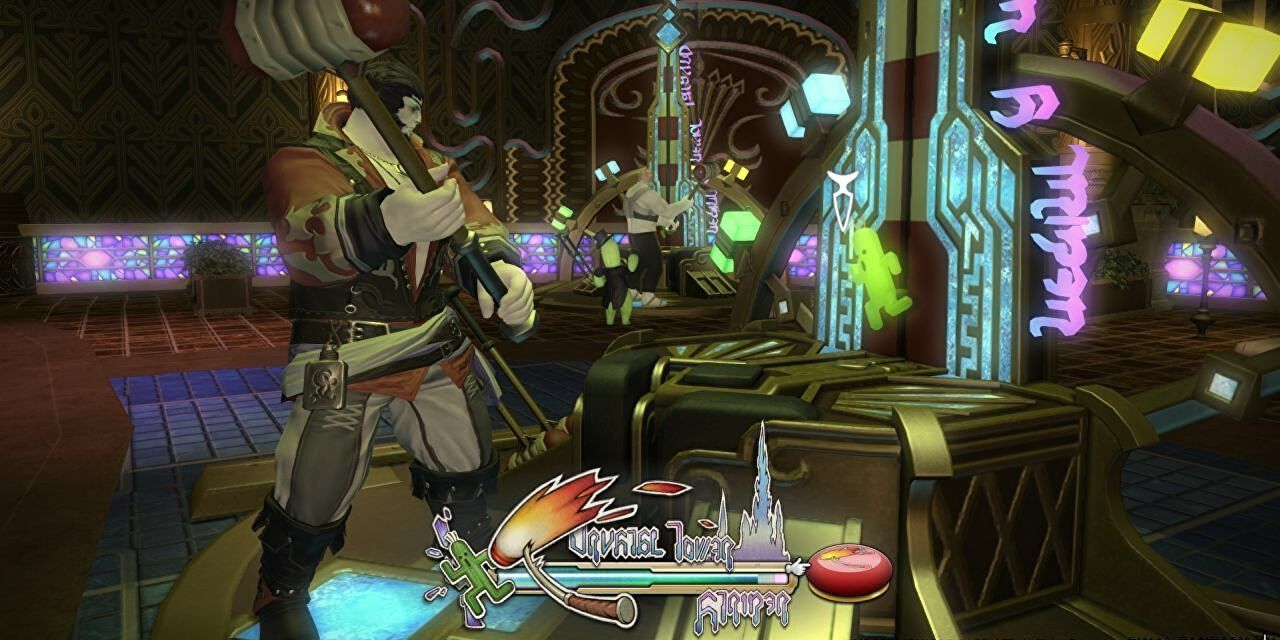 Taking its name from the thrilling Crystal Tower Alliance Raids, Crystal Tower Striker is a variation on the classic high striker carnival game. Your Warrior of Light will be called upon to test their might, smashing a hammer down upon the tower in an attempt to earn MGP.

There is some room for error here with three tiers of prizes available so even if your timing isn't perfect you could come away with a pity prize. However, even with that considered, Crystal Tower Striker is far less lenient than some of your other options in The Gold Saucer, and with so little MGP on the line, you might be better off trying your luck elsewhere. 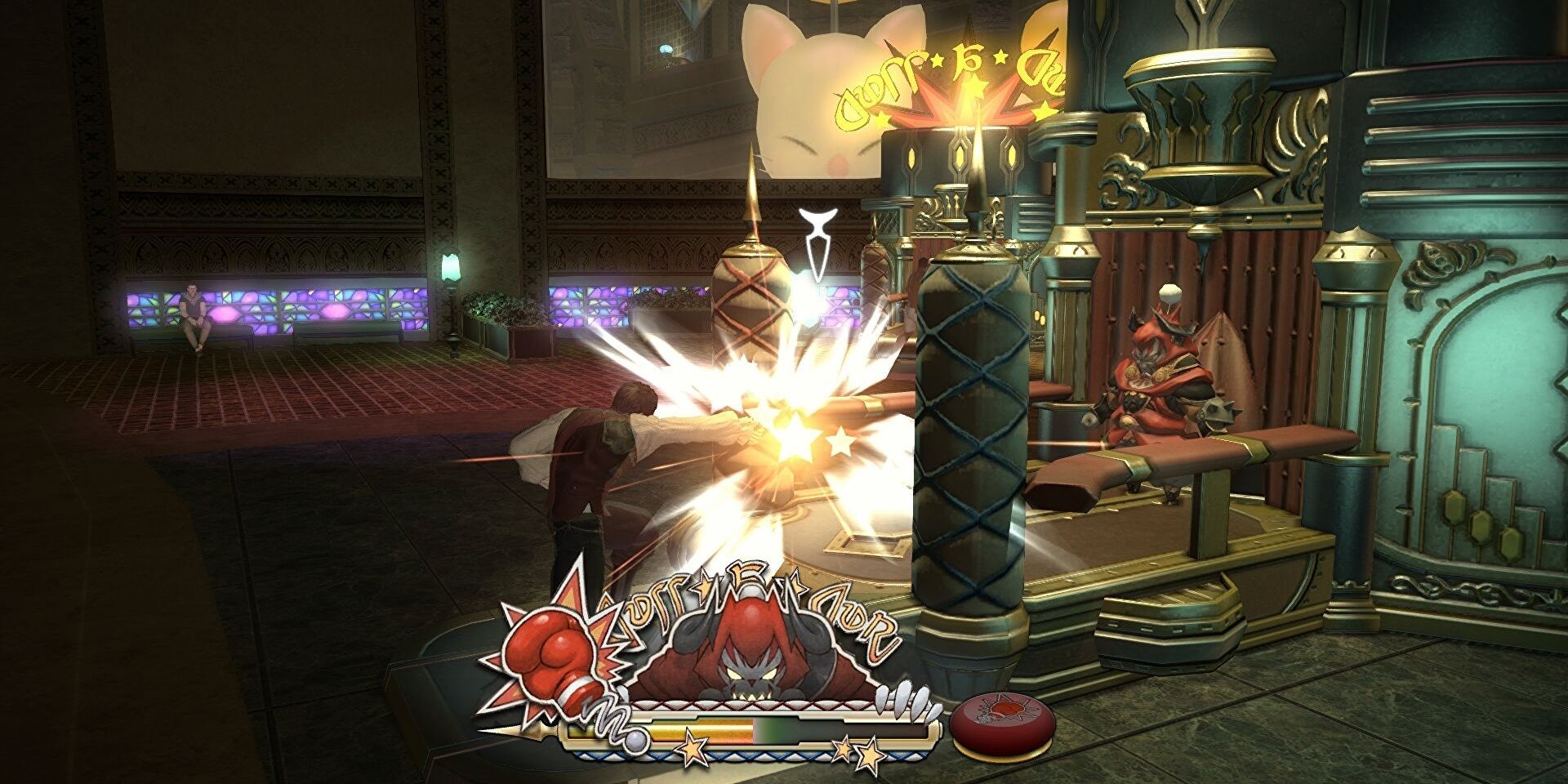 This pugilistic minigame will let you face off against a dummy, measuring the strength of your punch in order to gauge the MGP you'll receive. Unlike Crystal Tower Striker, you're given a very generous window to try and land your most powerful blow, making this a far more consistent way to earn MGP.

Additionally, the animation for playing the minigame is a bit quicker, meaning you'll be wasting far less time waiting to see your score. While the payout is still fairly small, Cuff-a-Cur is a decent way to pass the time and make some MGP. 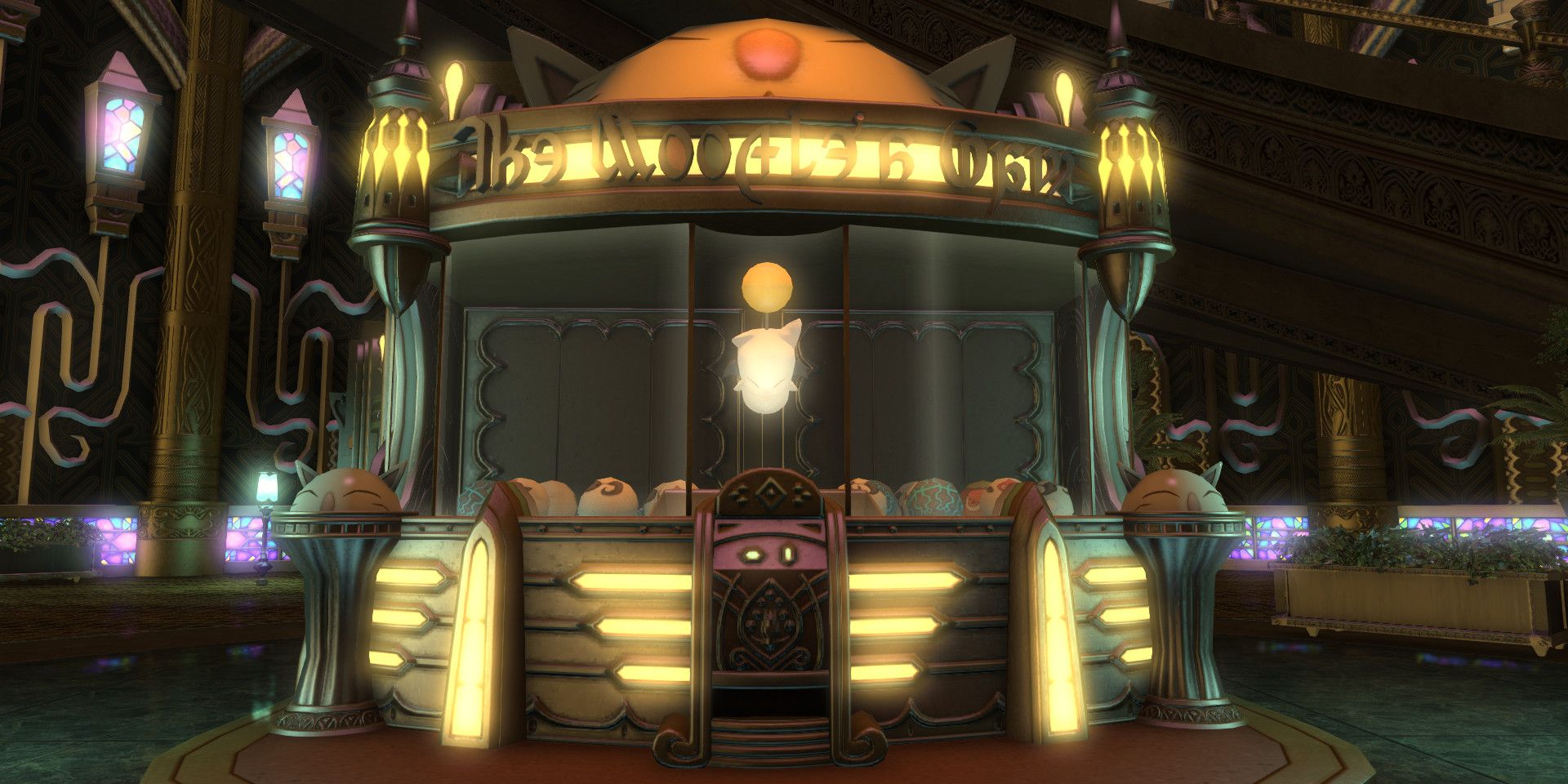 The Moogle's Paw is Final Fantasy 14's version of a claw machine. You'll have the chance to try for one of three prizes with the larger, easier to obtain, options giving you a slightly reduced payout of MGP. Getting the hang of the timing and positioning here is tricky as you need to position your Moogle just right in order to claim the prize. However, with a little practice, it's easy to consistently win, making this one of the simplest ways to farm MGP in the Saucer.

The downside, once again, is the payout you'll receive as The Moogle's Paw will only give you 25 MGP at most. If you can't consistently get the more difficult to obtain prize your payout will be reduced to just ten MGP, assuming you were able to claim any prize at all. So while fun, The Moogle's Paw won't have you rolling in MGP any time soon. 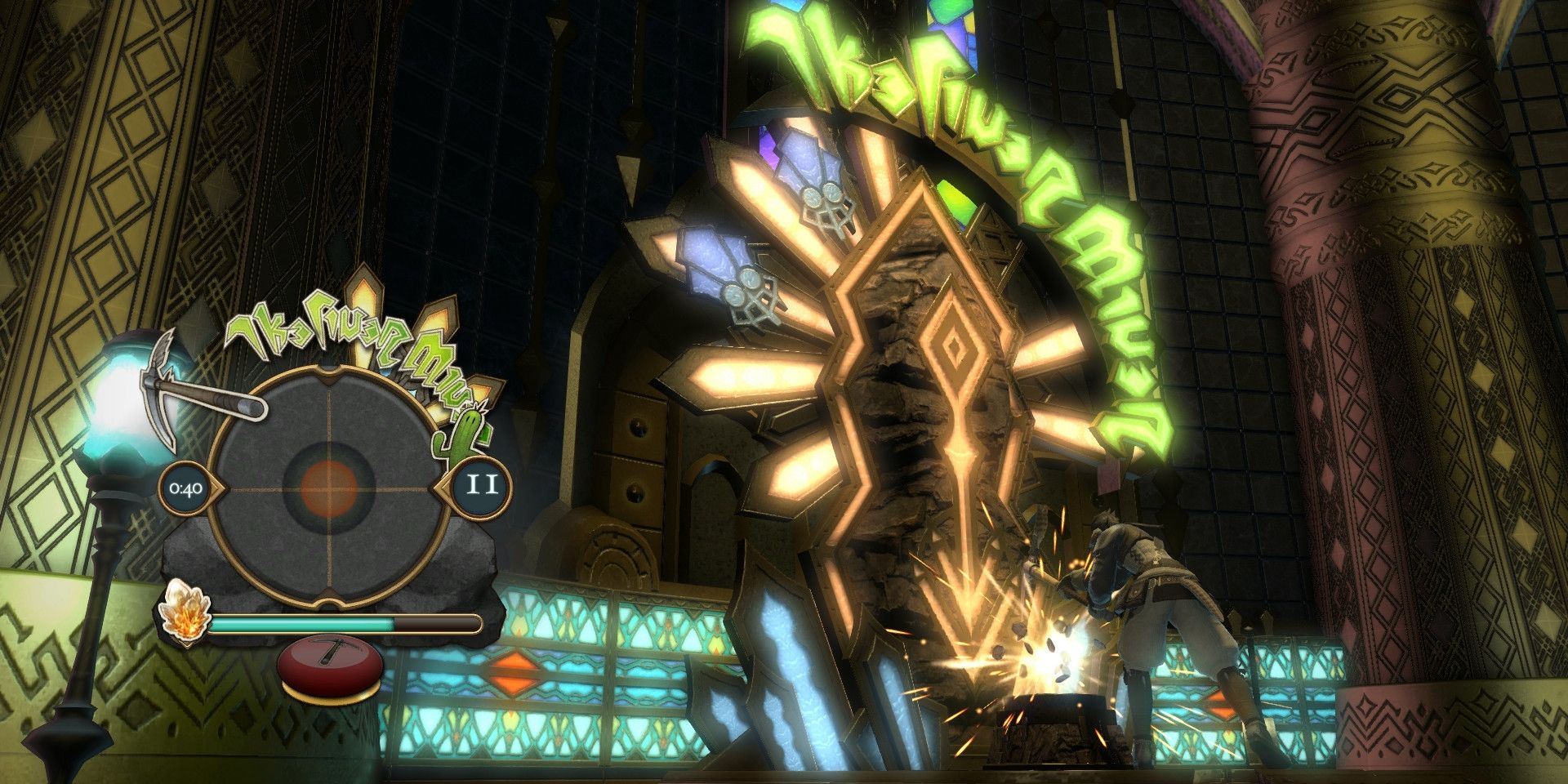 One of two minigames in The Gold Saucer themed around one of Final Fantasy 14's gathering jobs, The Finer Miner will have you wielding a pickaxe as you attempt to unearth precious gems. This minigame is notable for giving you the option to double down, meaning that after a win you can attempt the game again in an effort to double your MGP payout.

This makes The Finer Miner fairly lucrative, especially on its higher difficulties. However, the amount of swings you get each time you play is limited making it very easy to fail due to bad luck. Still, if you can master the mechanics, this is an excellent way to earn a hefty sum of MGP. 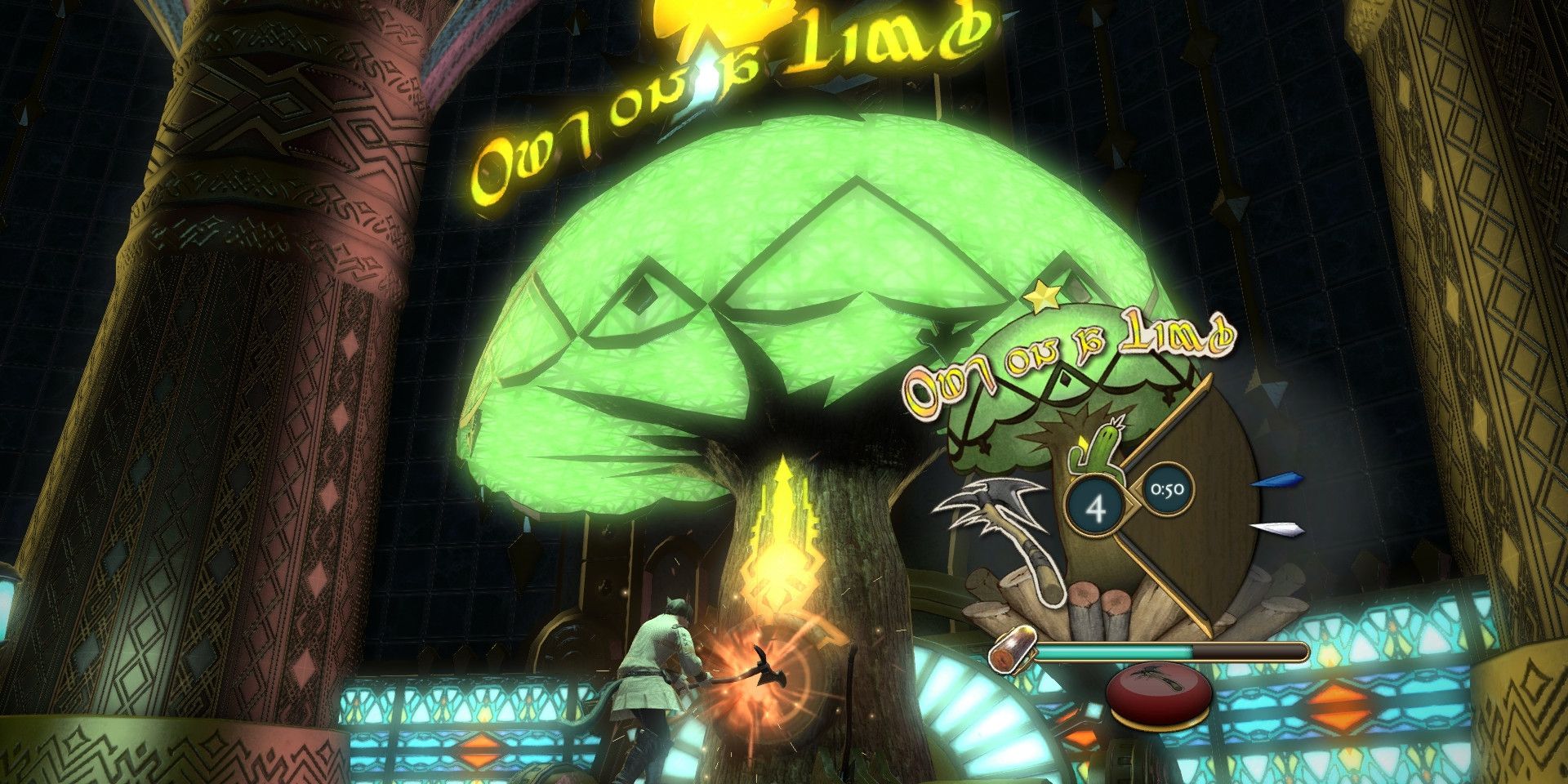 Like The Finer Miner, Out On A Limb takes inspiration from Final Fantasy 14's gathering jobs, this time from the Botanist rather than the Miner. The objective is similar, find a specific point to strike on a meter in order to win. The difference here is that instead of having a limited number of strikes each time you play, you're playing against a timer and must cash out with your MGP before the timer reaches zero.

Also, like The Finer Miner, you'll get the chance to double down. Your timer won't reset when you double down, meaning you'll need to make decisions based on how quickly you think you can get a win in order to continue amassing MGP but even on the lowest difficulty it's easy to come out with a few hundred MGP for each attempt. This makes Out On A Limb an excellent way to farm MGP, whether you're working towards a specific prize goal or just need to pass the time while waiting in the DPS queue.

Nvidia CEO: We are expecting a really large second half for gaming

NBA players take to gaming in light of season suspension