If you haven’t realised it already, I’m a massive Esprit fan girl. I adore watching their dance shows, and even after all this time, I’m continually impressed by the concept of Macro Dance and how these incredibly talented people have taken core components of the game and turned it into something so much more.

I recently attended Esprit’s Halloween show, which is now firmly my favourite. I am pretty biased as I love Halloween and all the campy songs we associate with the holiday. Esprit delivered its fair share of spooky classics, from the Goosebumps theme music to Ghostbusters and everything in between, as well as throwing in some interesting or hilarious additions you wouldn’t have guessed.

One such surprise was a cover of Kiss Me. If you’re old like me, you’ll remember this from She’s All That. I wasn’t immediately clear how this fed into the Halloween theme, though the idea of changing your appearance to woo some guy is pretty scary. However, not far into the song, it soon became apparent. This Jerry Terry version also goes by the name ‘Kill Me,’ and it wasn’t just the song that came with a twist, as the dance itself had the audience jumping right out of their seats. If you’re feeling brave, you can check out the video below but please note a trigger warning for gun violence.

It wouldn’t be a true Esprit show without the troupe going all out with their chosen routines and outfits. From the first number, you could see how well-constructed the event was. This is Halloween from The Nightmare Before Christmas saw the cast dressed up as Lock, Shock, and Barrel. Additional dancers and costume changes incorporated the various lyrics into the dance routine, such as having dancers dressed as witches for when the witches sing. Another dancer turned into a clown costume and disappeared for the lines “I am the clown with the tear-away face/Here in a flash and gone without a trace”.

The Hocus Pocus version of I Put a Spell on You saw the dancers taking on Sanderson sister-inspired witch outfits, while the Five Nights at Freddie’s song saw one of the dancers come out on stage as Markiplier while the other dancers were rather fittingly dressed as animals. Esprit also did a playful FF14 parody of Monster Mash called Spooky Slice about Reapers, which was hilarious and even featured a funny cameo line from Zenos. 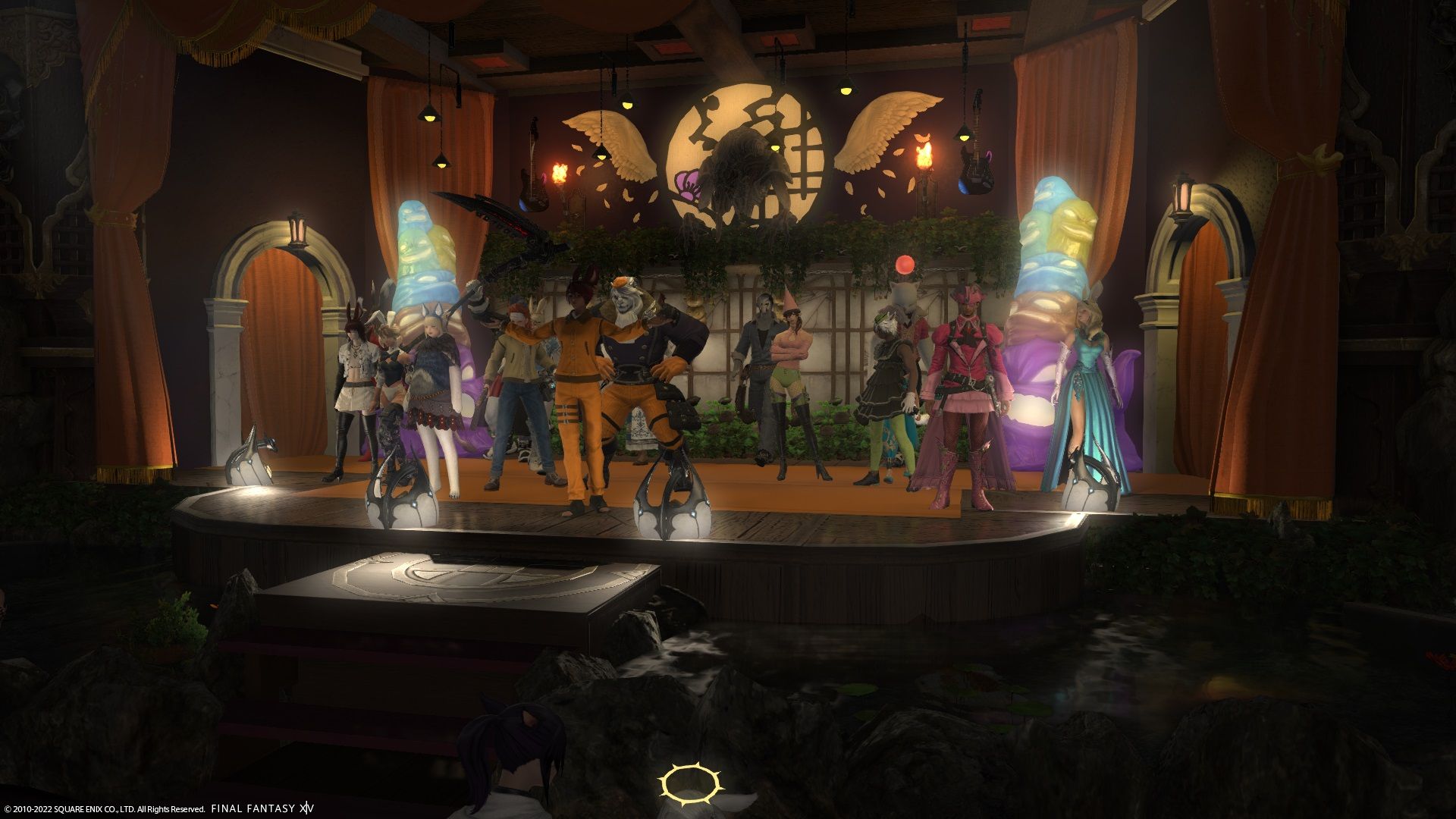 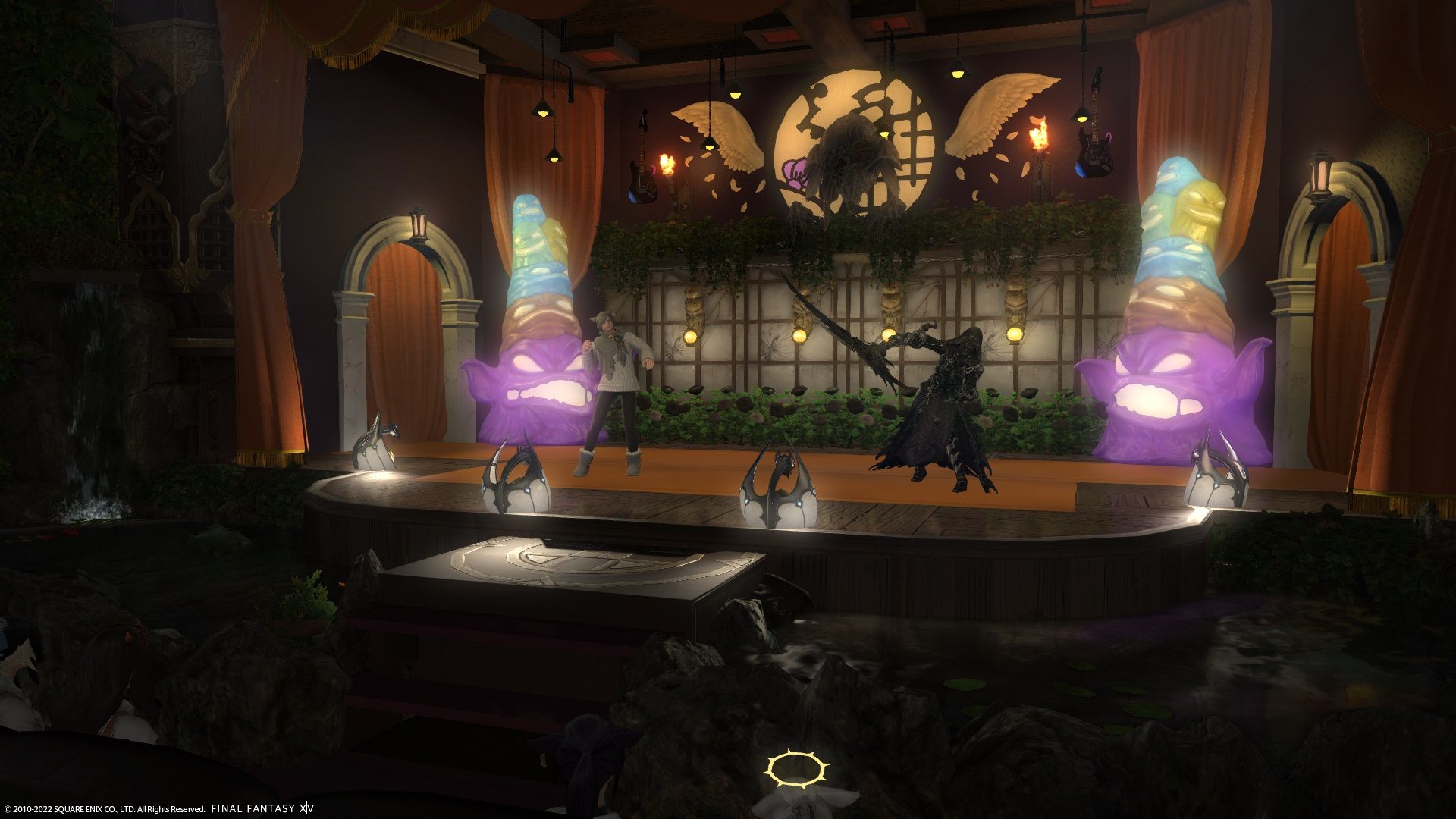 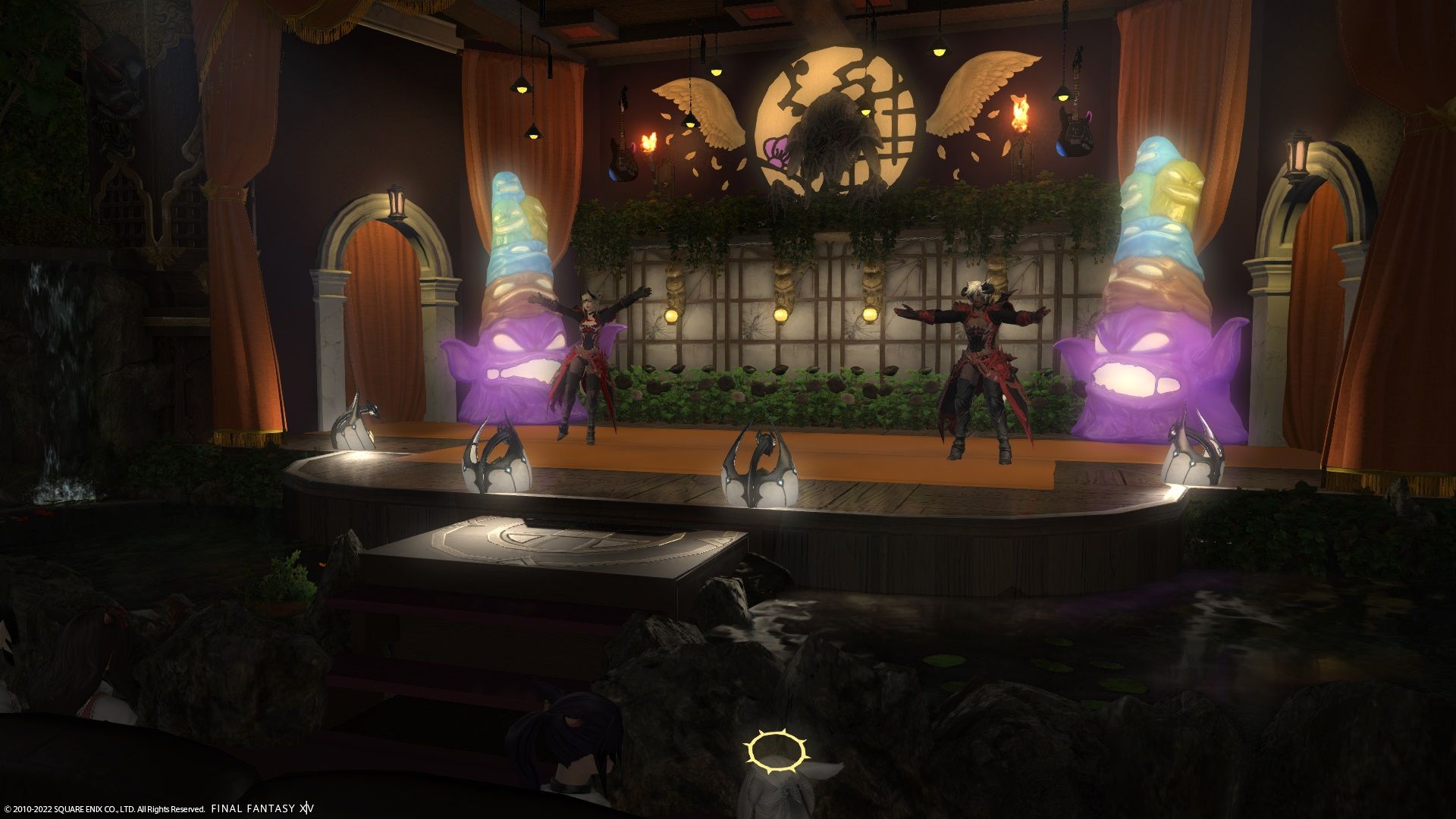 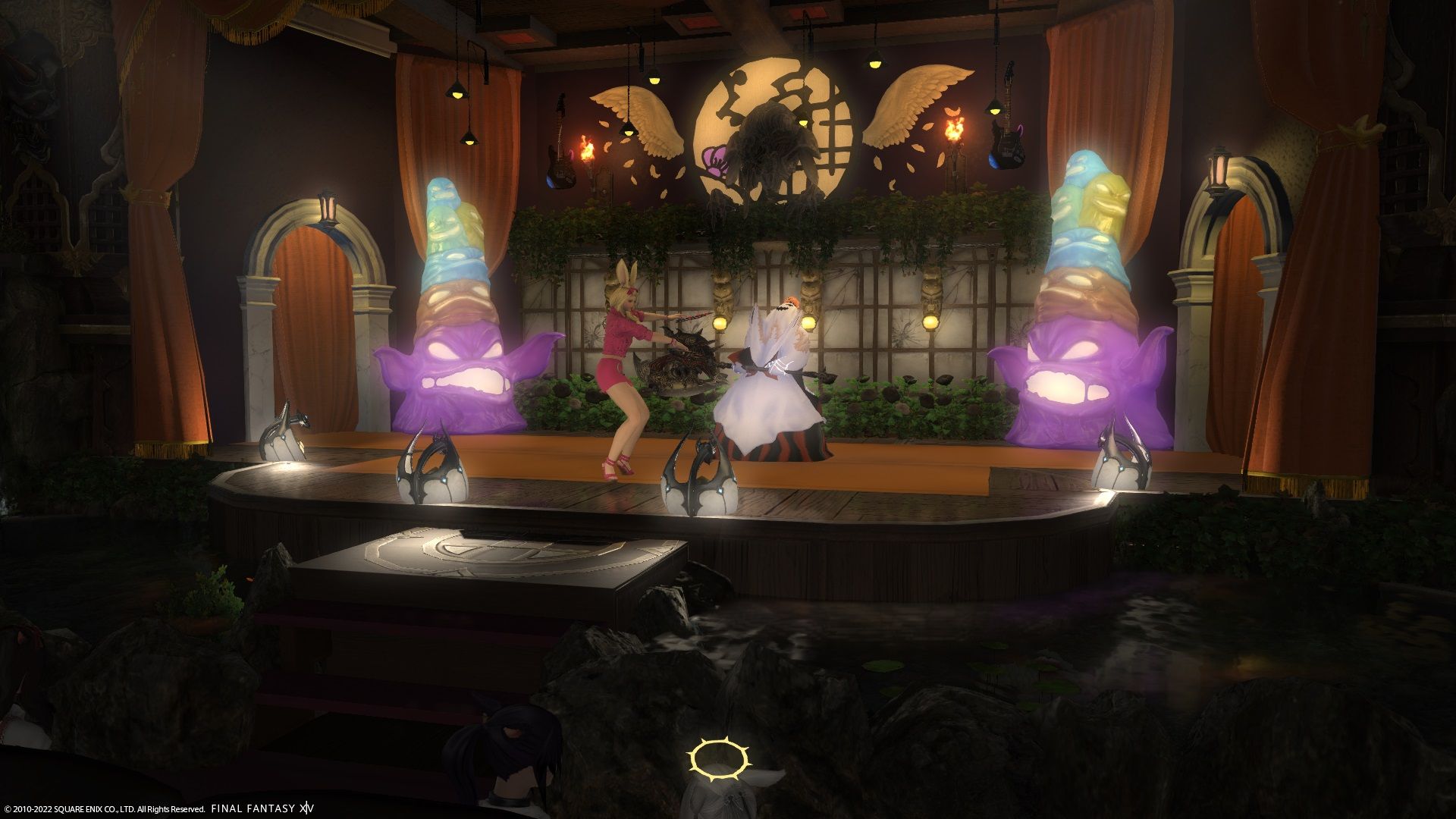 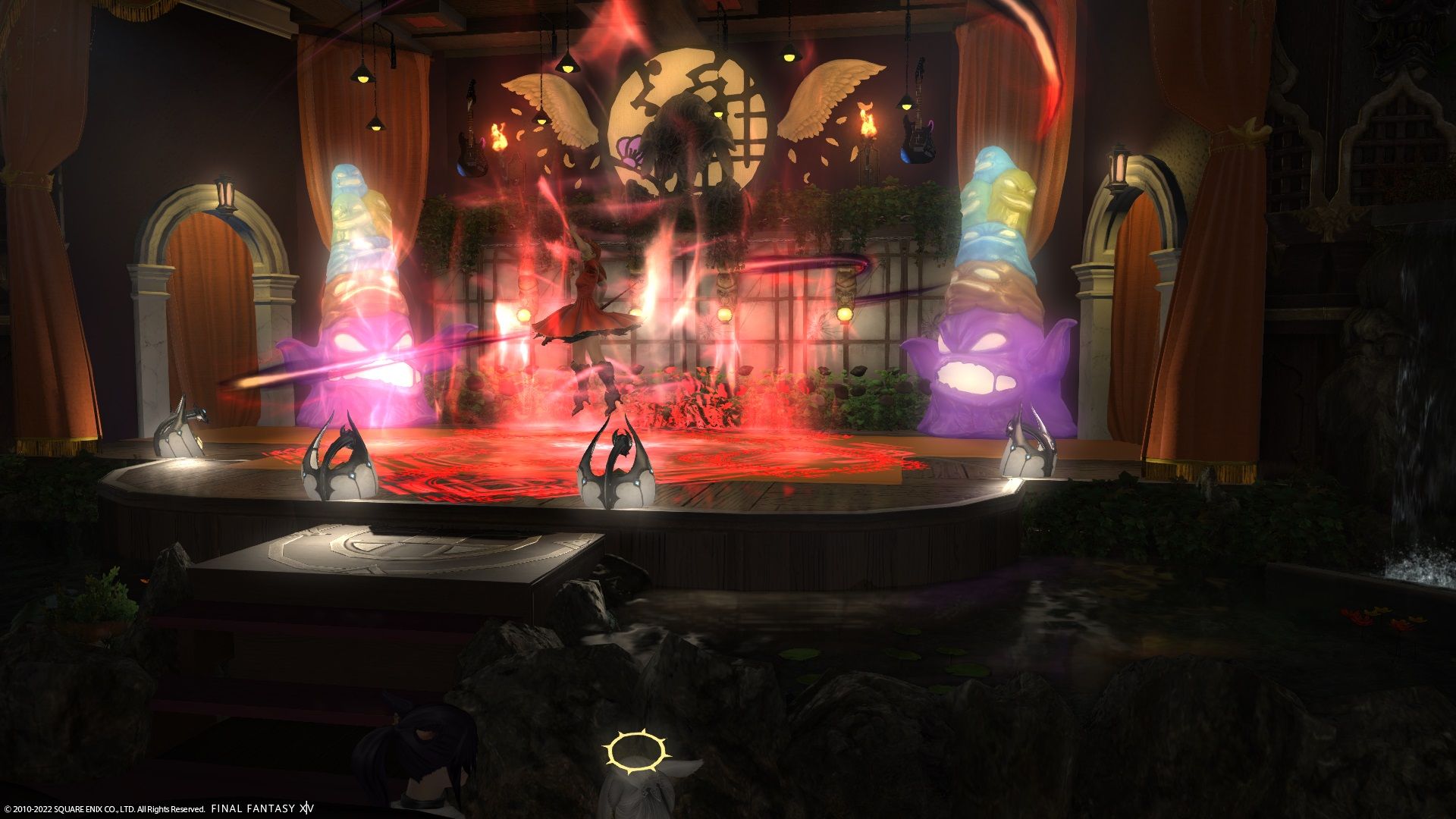 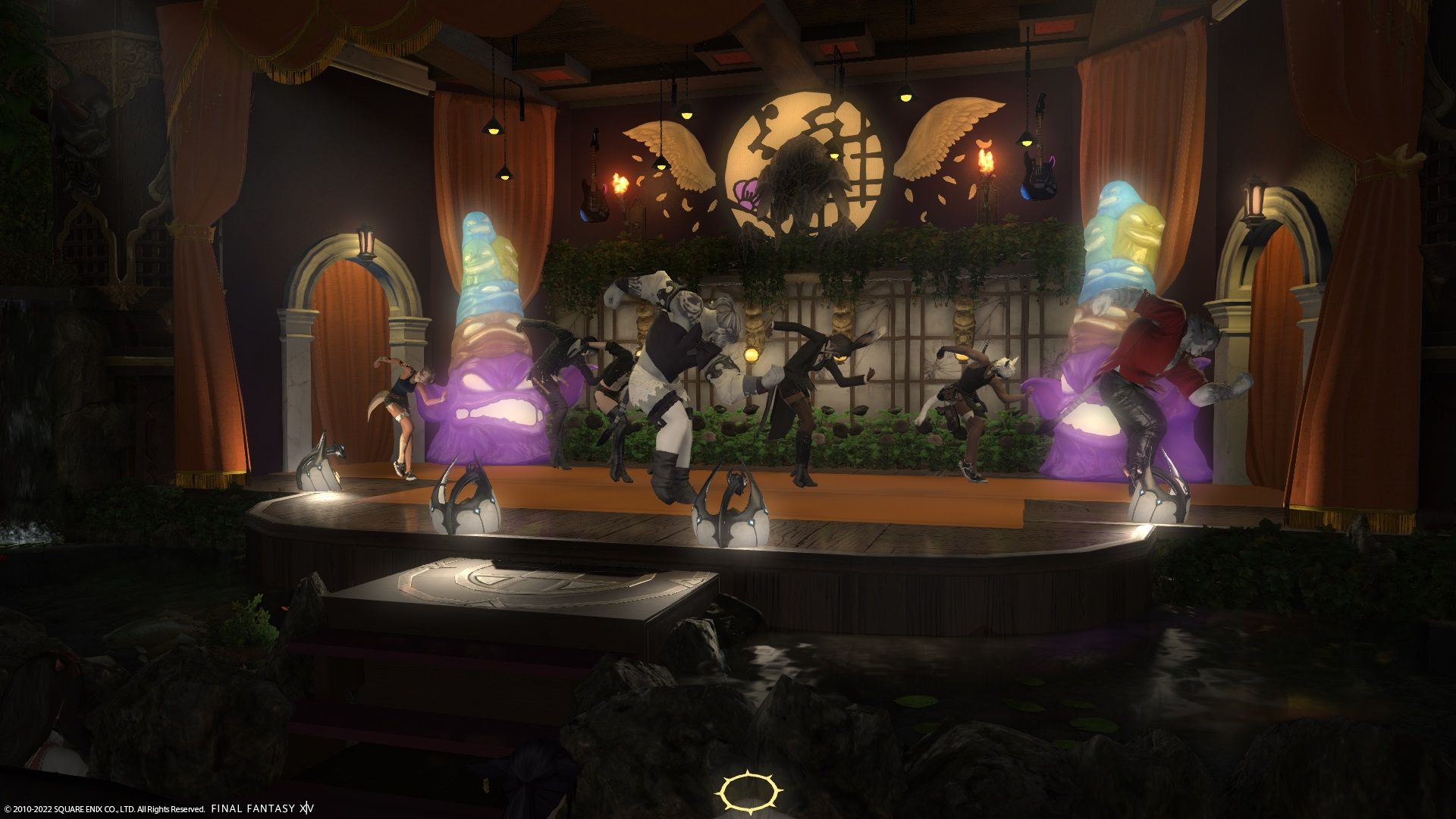 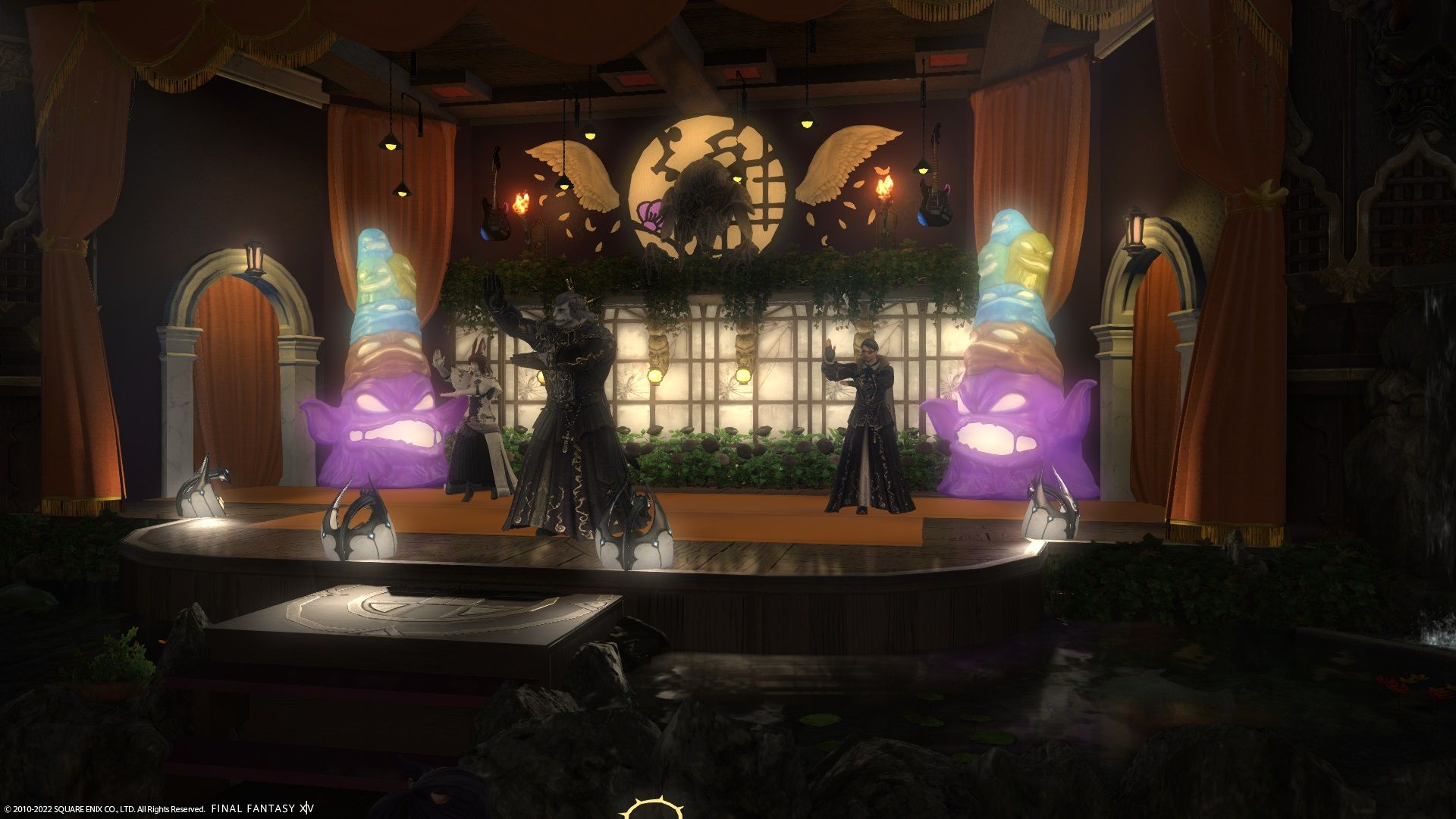 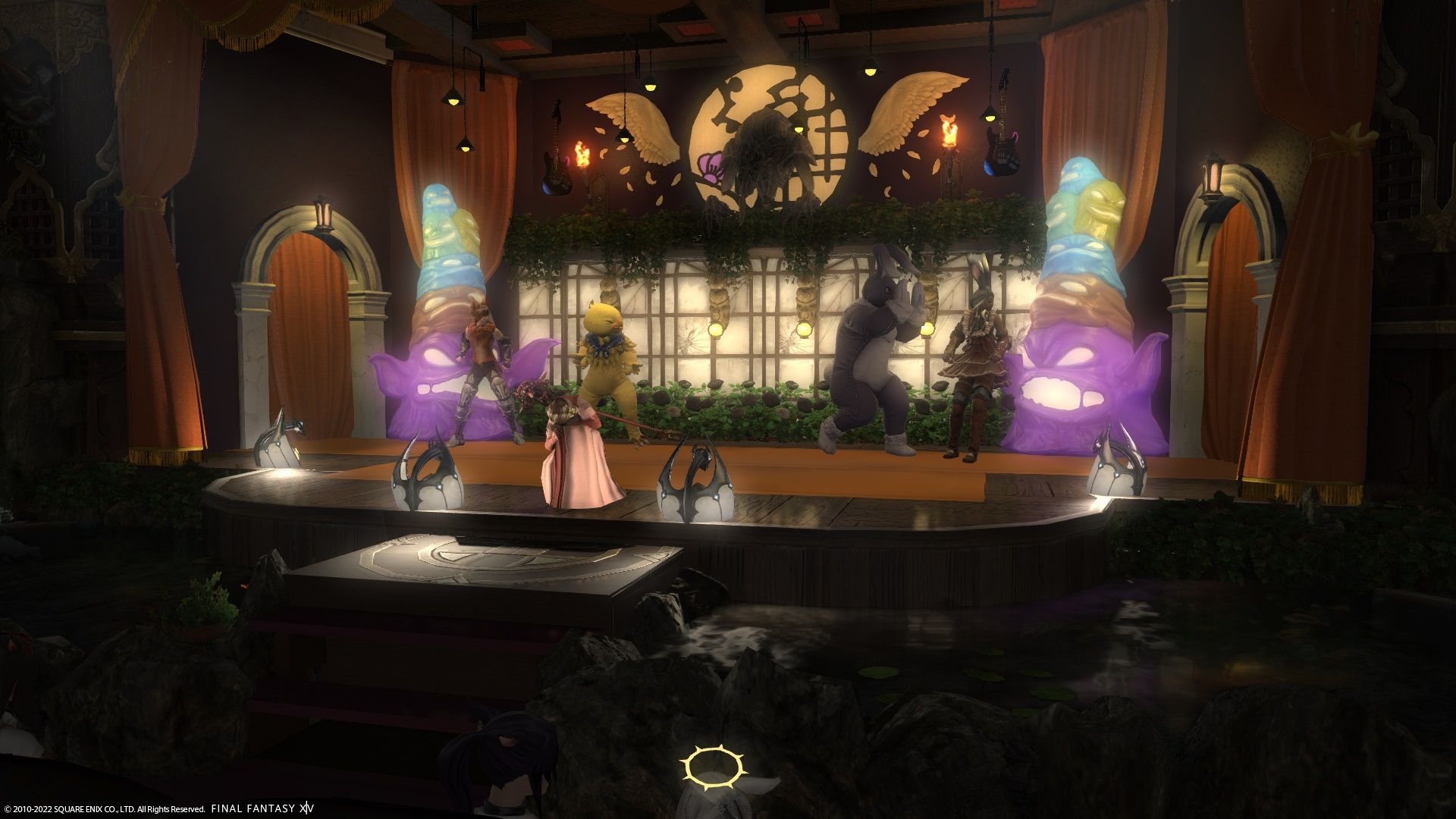 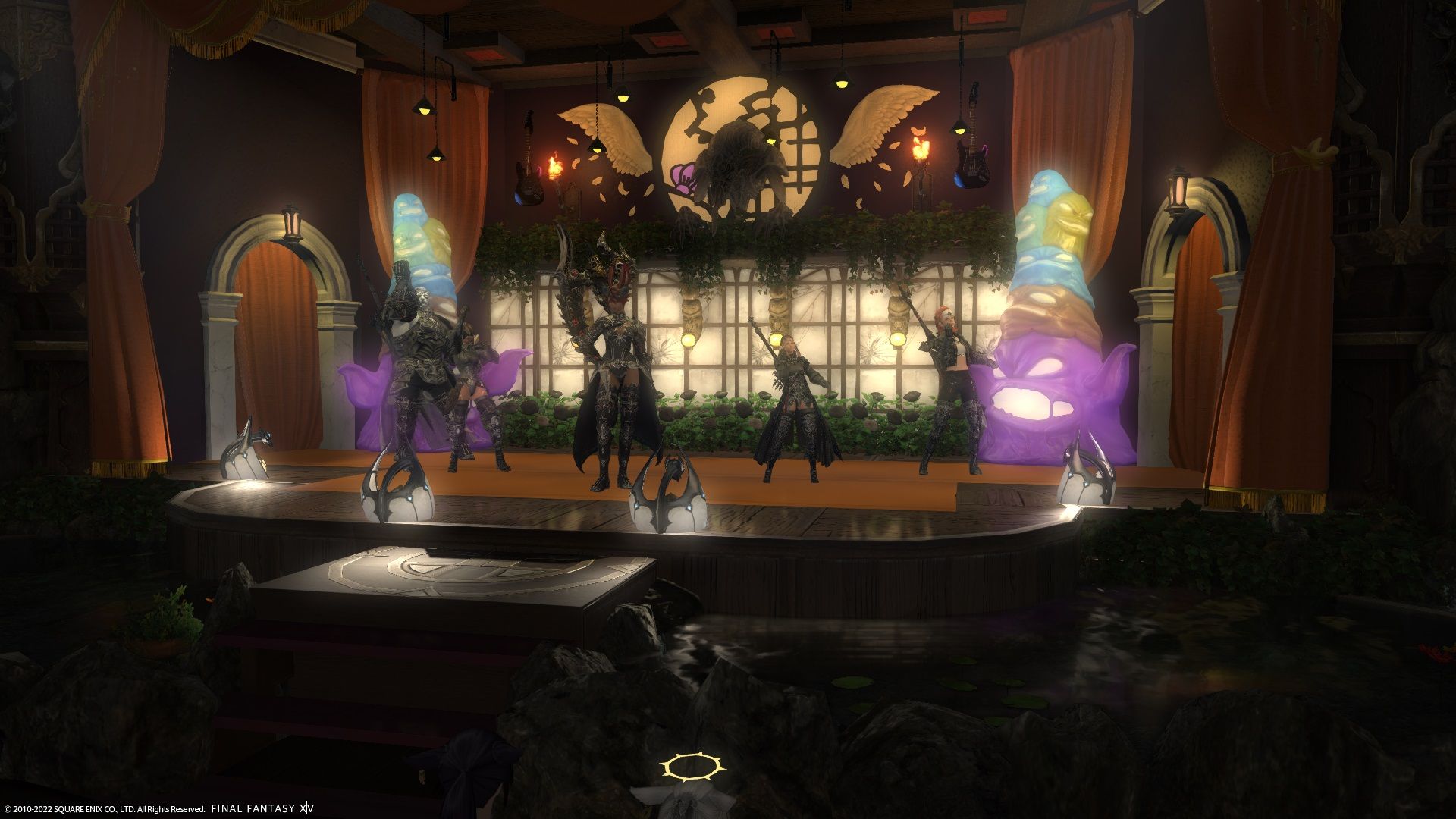 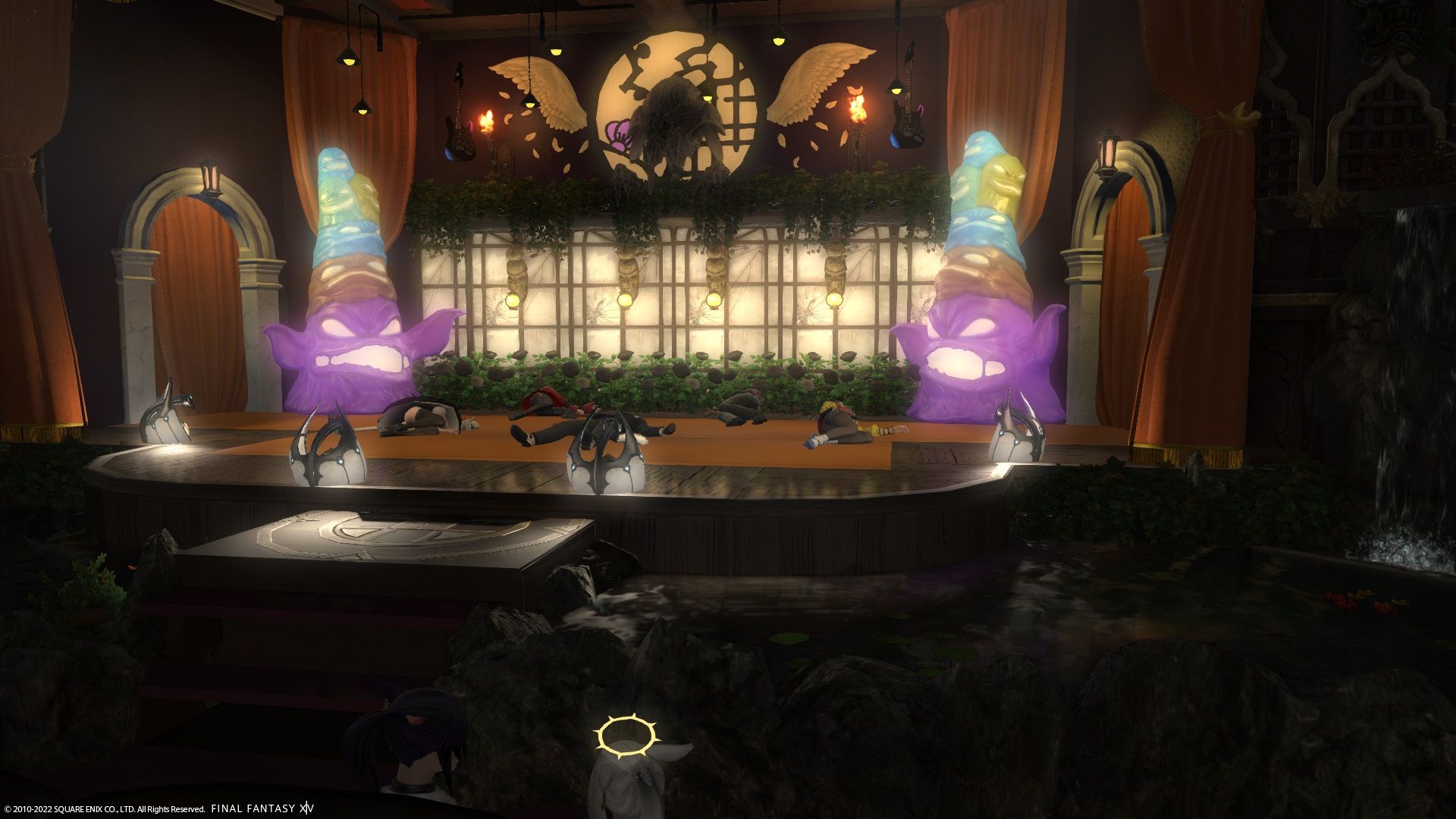 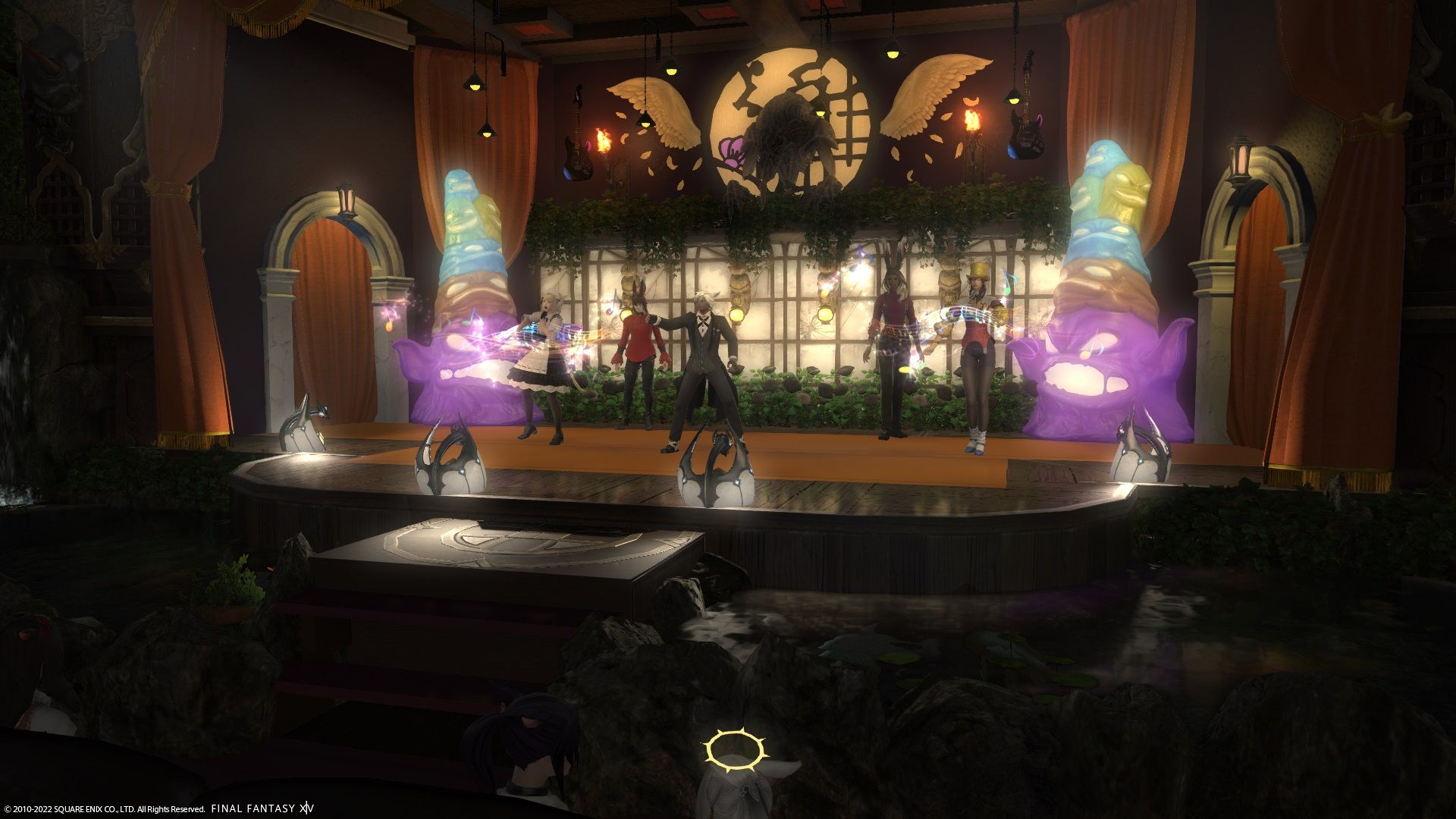 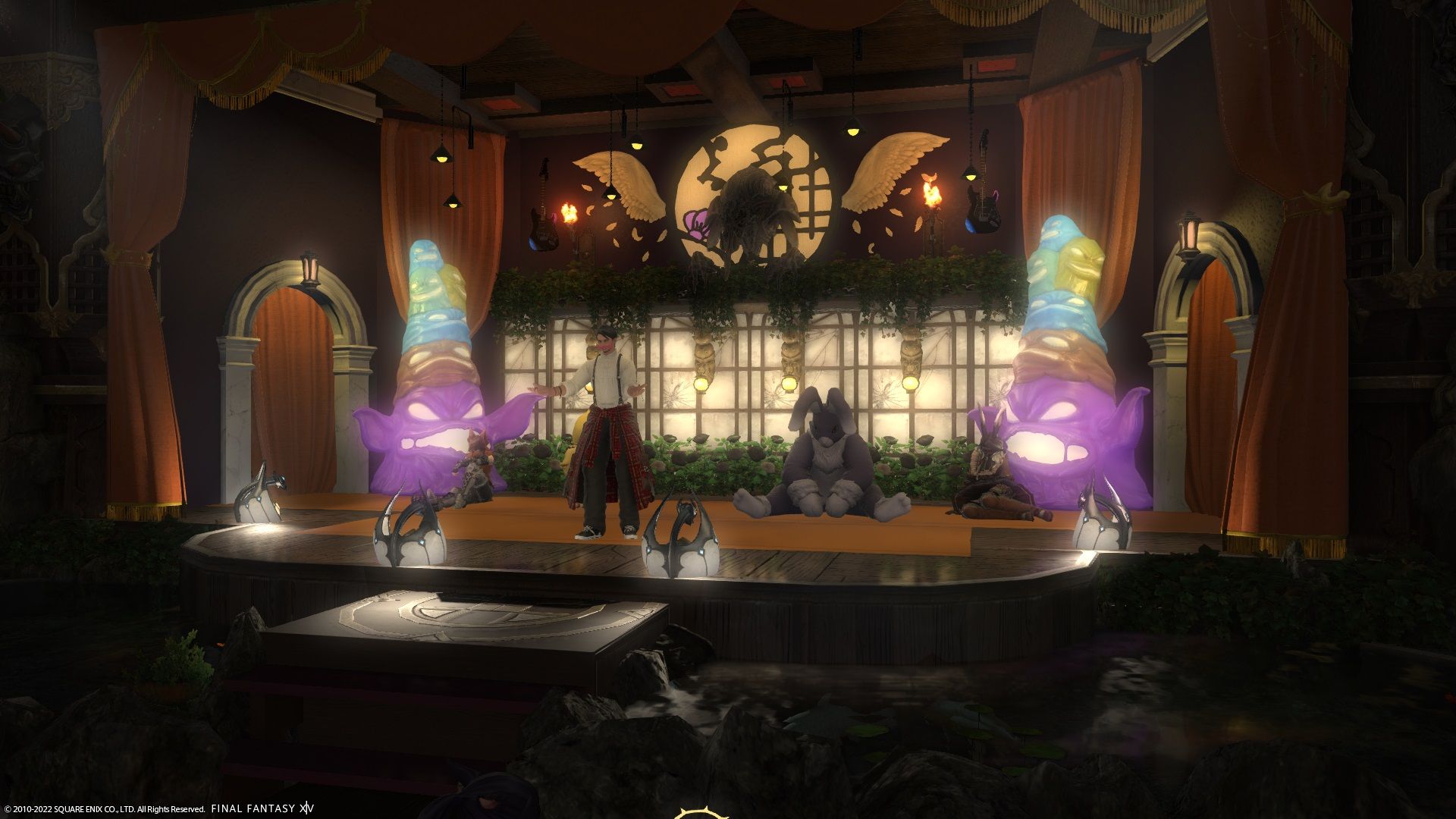 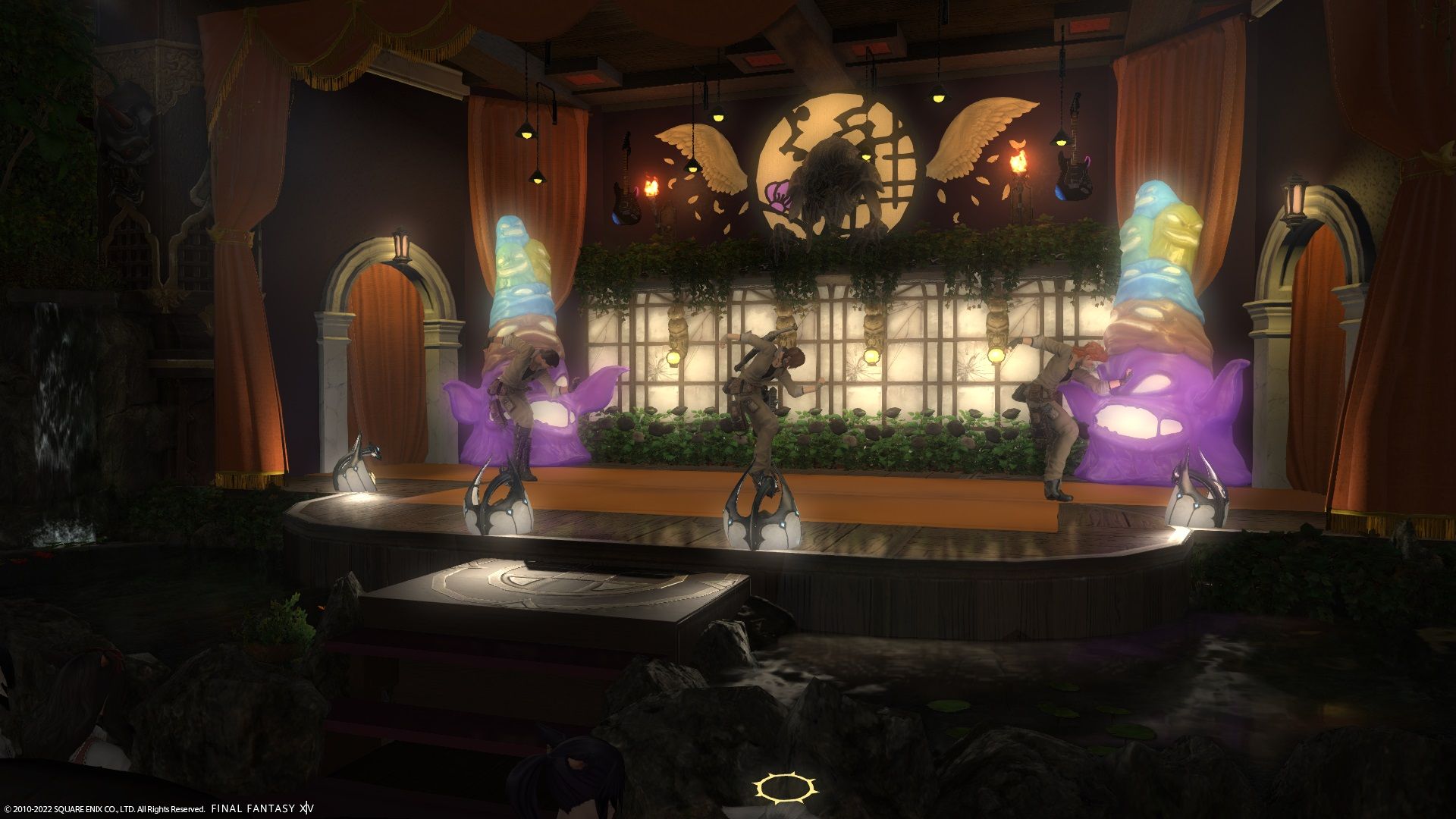 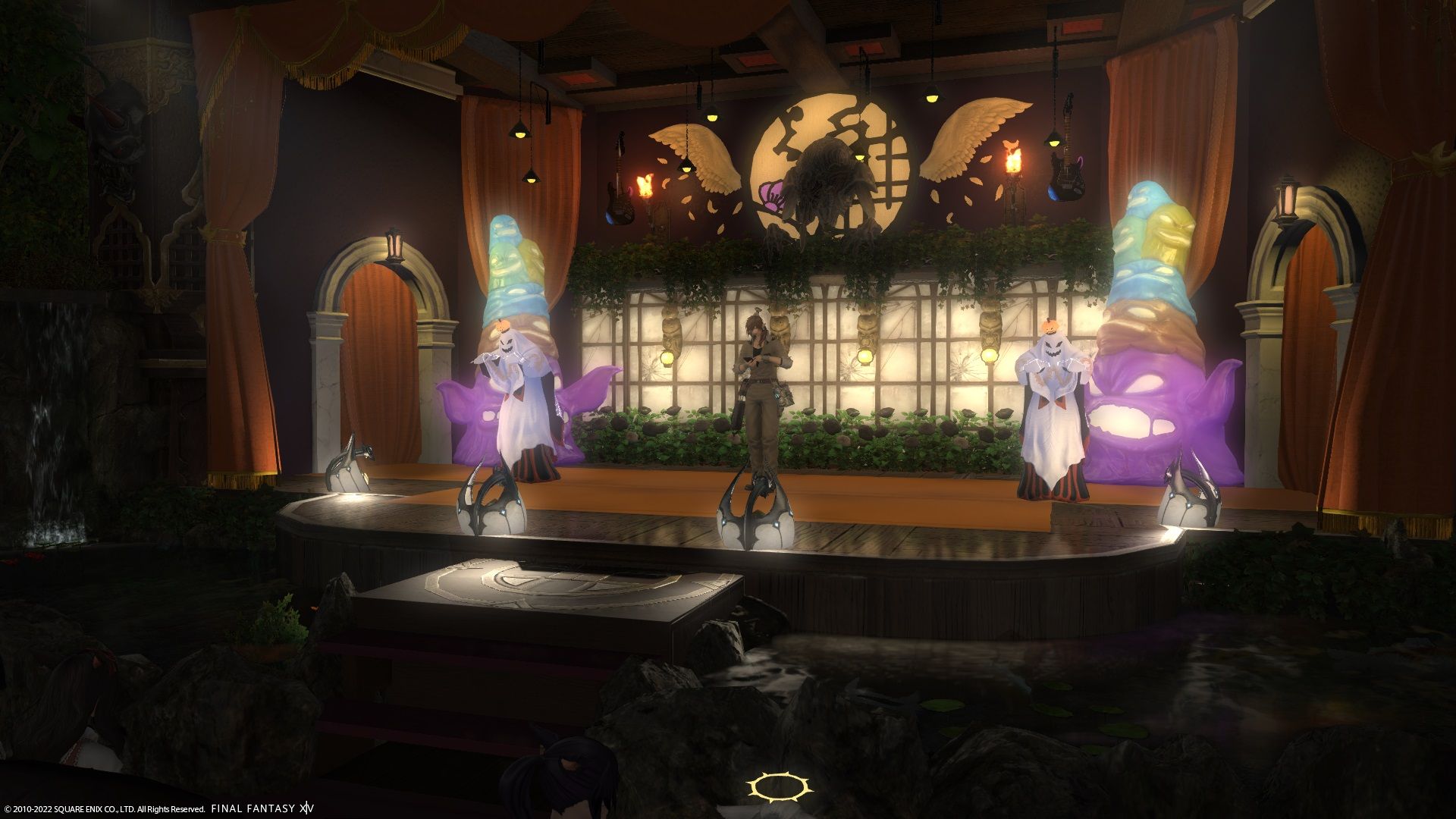 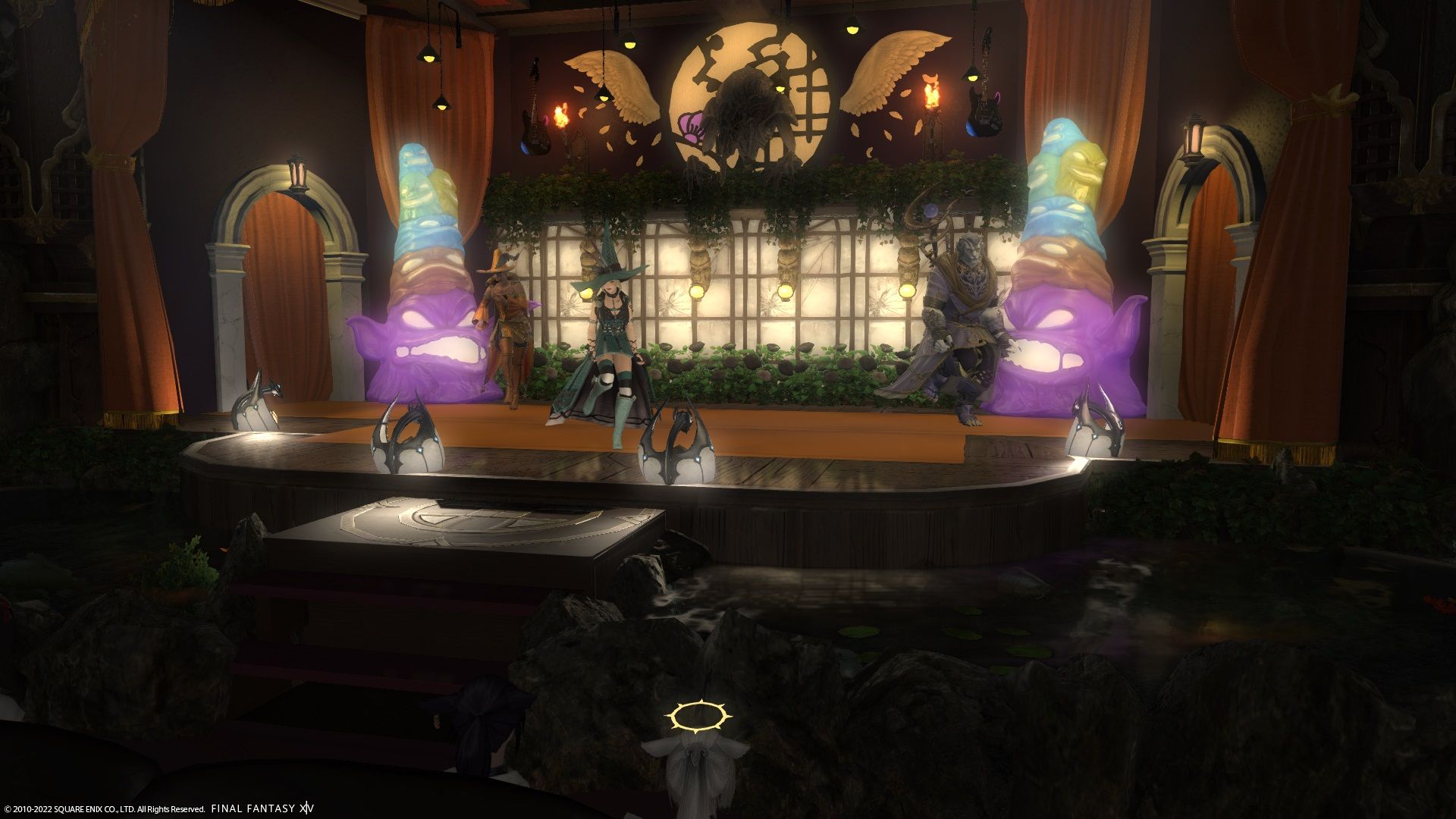 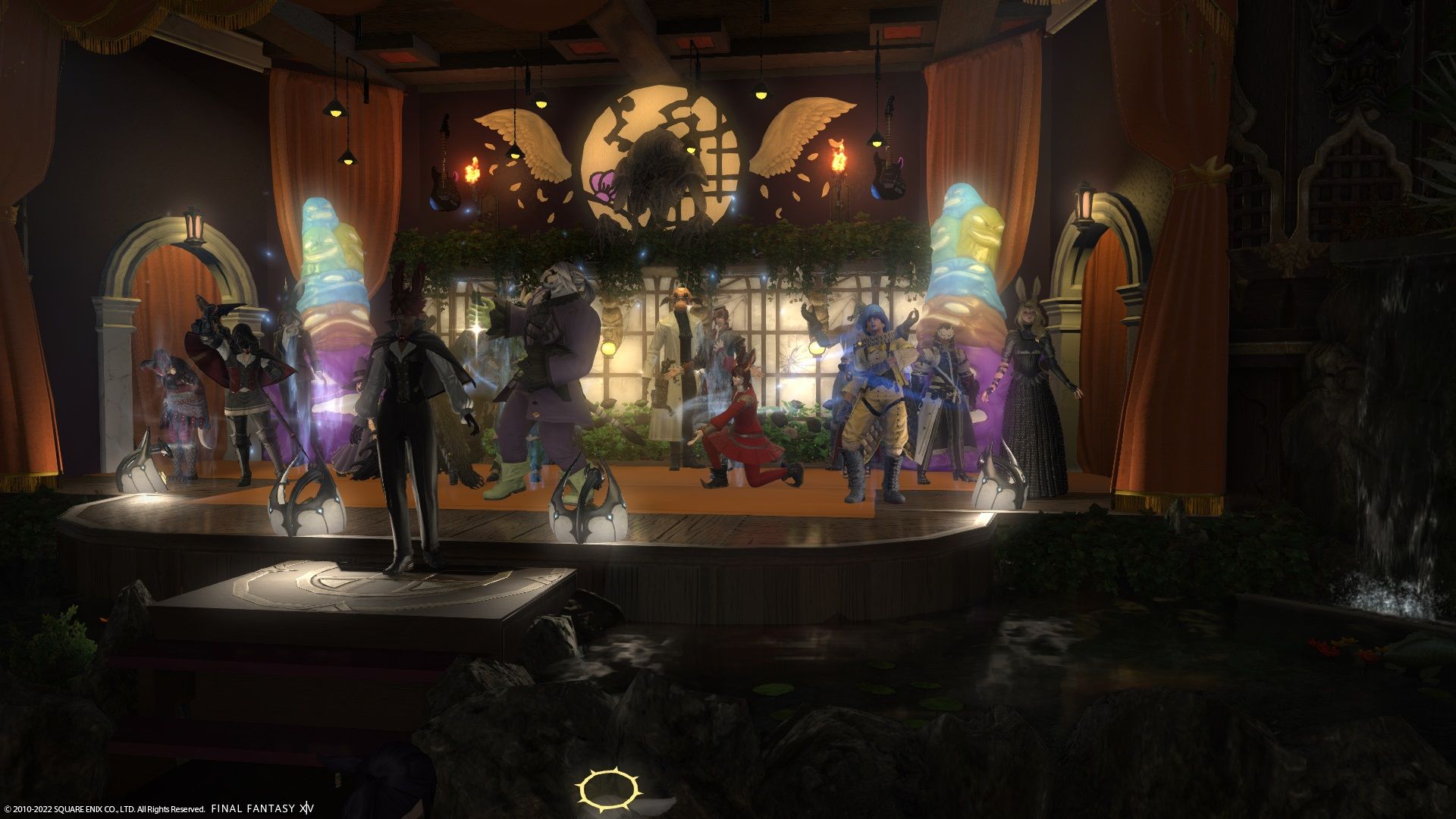 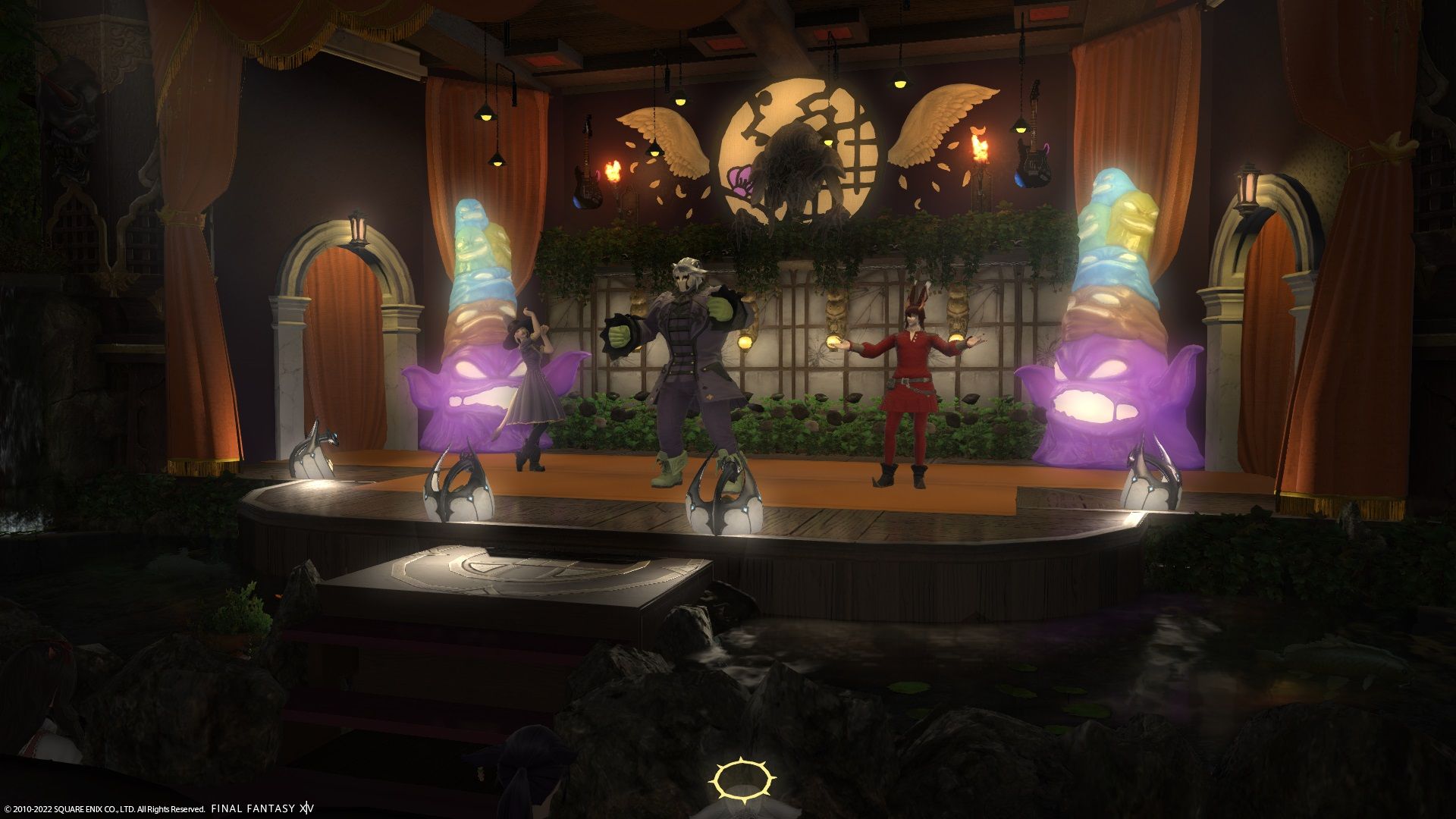 The Ghostbusters number that saw the dancers in proper ghostbusting gear and ghost costumes came close to being my favourite song of the night, but The Time Warp from The Rocky Horror Picture Show managed to win me over more. I know, I know. I’m just showing my age again, but the team did such a great job with this number. The lead dancers were dressed as Riff Raff, Magenta, and Columbia while the others came out wearing red and black with goggles, just like the backing dancers in the original. The choreography was perfectly on point, right down to all of the dancers collapsing to the ground at the end.

It was also great to see the new Wake Doctor gear getting used in events already, and I never thought I’d find it as funny as I did to see people dancing in Spirit costumes with their little ghost arms constantly in the air.

As always, the team delivered an unforgettable show with impressive attention to detail. Each time I see Esprit perform, I wonder how they could possibly raise the bar further next time, yet they continue to do so. If you want to keep up to date with Esprit, you can follow the team on Twitter or join their Discord. You can also catch up on songs from this Halloween show on the Esprit YouTube channel or through LuluTV’s Twitch channel.

Get Every Overcooked 2 DLC In This Bundle

The Most Frustrating Item Drops in RPGs