God of War Ragnarok is not a one-note game. It features a great deal of exploration, a cavalcade of puzzles, and a well-crafted narrative. However, it is also undeniably a game that has a strong emphasis on combat. It isn't titled God of Peace, after all. Thankfully, this is an area where God of War does not disappoint. The combat is surprisingly nuanced, and allows for a great deal of inventiveness.

The more you put into Ragnarok's combat, the more you will get out of it. And while you could set the game to the easiest mode and simply mash, we think the best experience is found through experimentation, and a mastery of the mechanics present. This guide is just a launching point, but it should help you get off to a strong start. 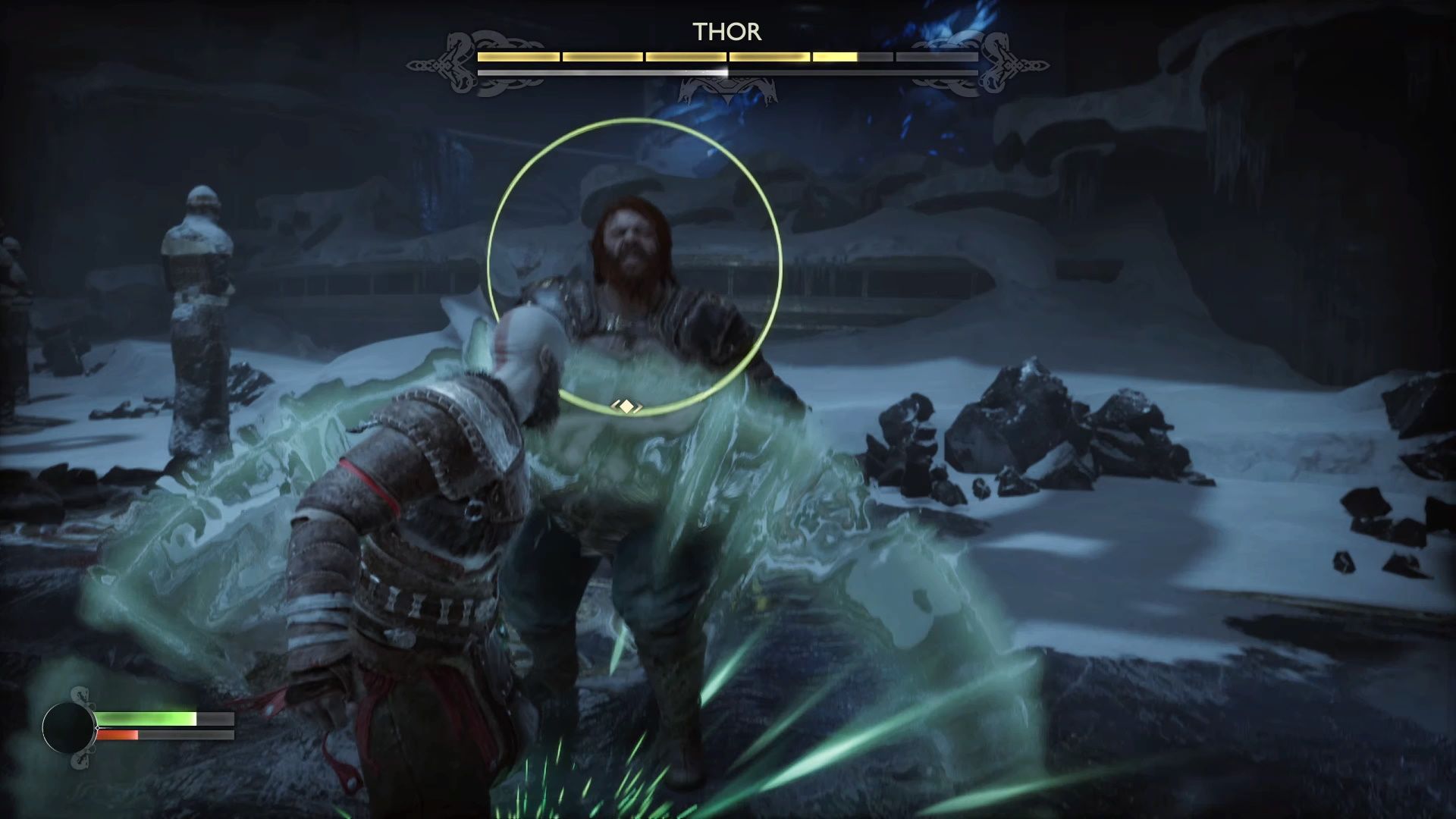 Let’s start with something small. Those healing crystals you smash to regain life will actually disrupt your enemies' attacks. They are even capable of disrupting an enemy who is currently revving up to land an unblockable attack. So, if you are injured, and you see a health crystal nearby, it isn’t a terrible idea to pop it. It can even give you back the advantages and allow for a quick shift in momentum!

Better yet, most boss arena will inevitably end up being littered with these stones. And guess what? The healthstone stagger works on them as well. Now, it is important to note that activating a healthstone is not instantaneous, so you need to be at least mildy thoughtful when using one, but the animation is quick enough that you should be able to pop a healthstone in a pinch. Who knows, that stagger may just save your life. 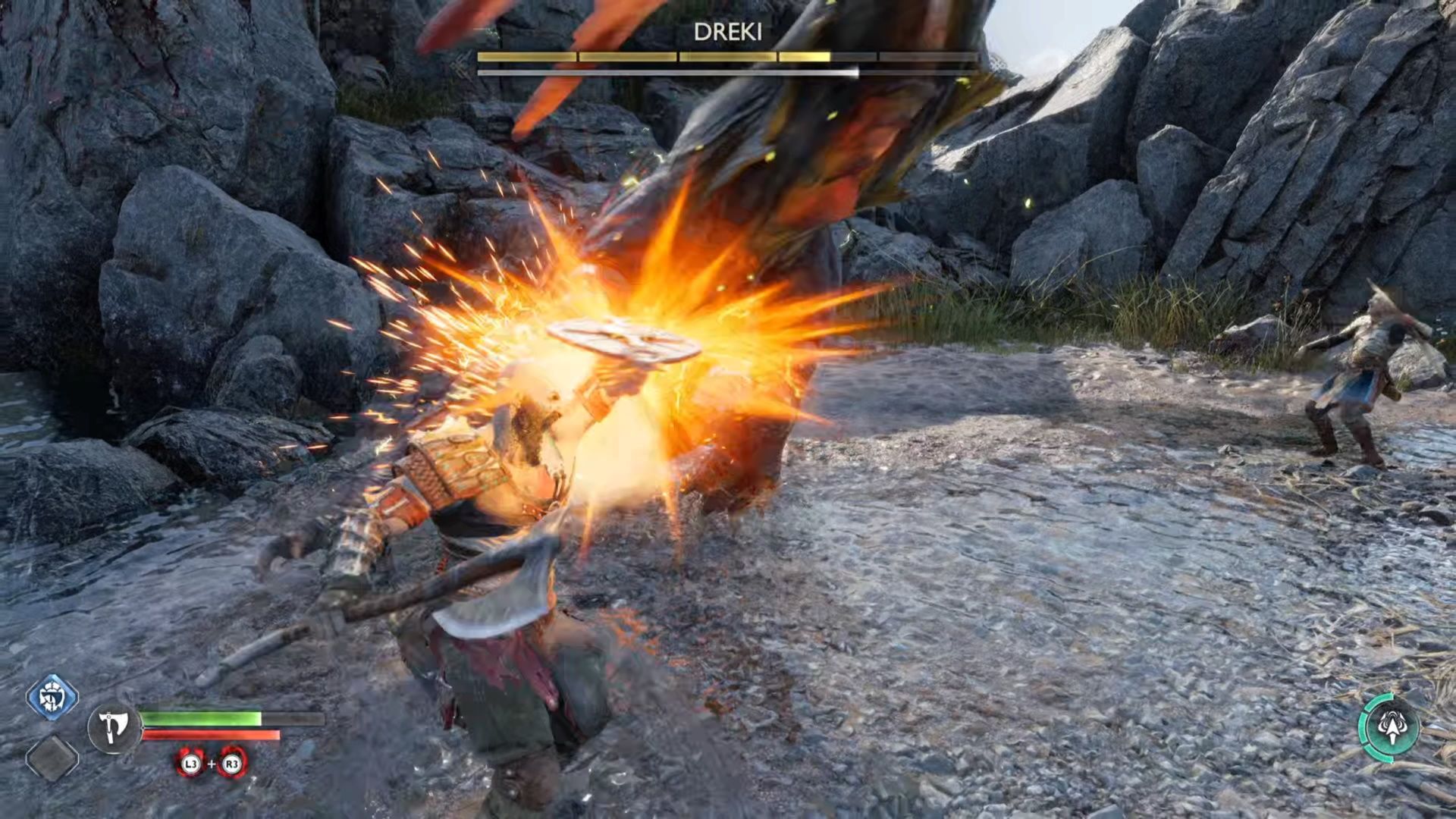 Obviously, the amount of damage an attack does is pretty damn important. However, don't ignore stun. If you stun an enemy then you will be able to perform an incredibly powerful attack that will often kill enemies. This attack will also give you complete invulnerability, which is something that is hard to come by in Ragnarok.

The shield bash is an excellent way to get stun damage, but you can also rack it up pretty quickly when you are unarmed. So, if you see that an enemy is close to being stunned, you may want to stick them with your axe, and pummel 'em with your fists. 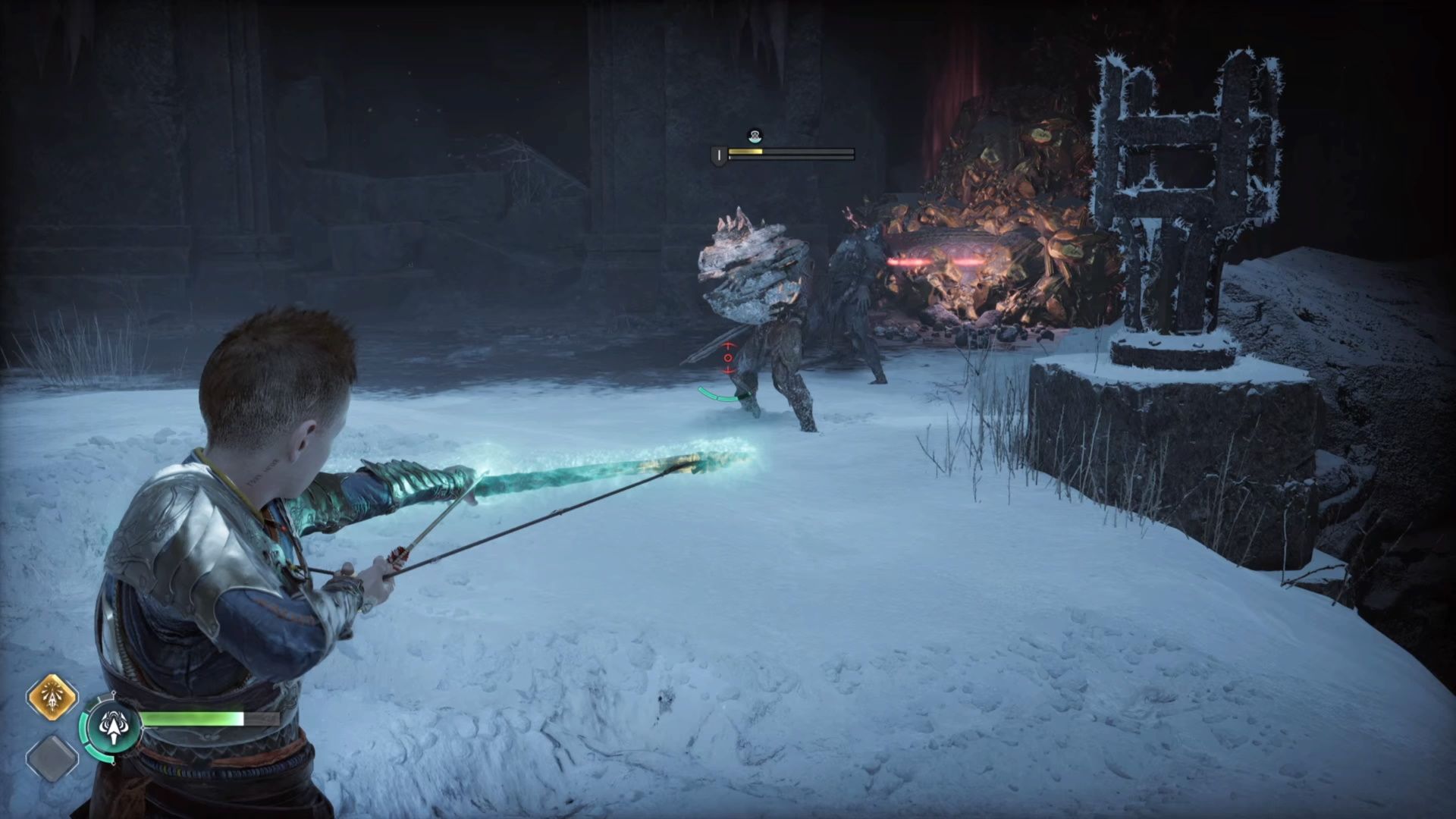 If you are throwing the axe and wondering why you would ever use the weak throw instead of the heavy, you aren’t paying close enough attention to the axe’s orientation midair. The light attack throw spins horizontally, which makes it ideal for sweeping enemies. A power shot with your axe is great and all, but it doesn't do nearly as much for crowd control.

If you are finding that you are getting swarmed by enemies, then you probably aren't taking out enough legs. Not only does this technique immobilize your foes, but it also sets them up for easy headshots. We aren't saying that you should focus on limbs exclusively—this isn't Dead Space—but you should absolutely be using leg-based attacks to slow down groups, and control crowds. 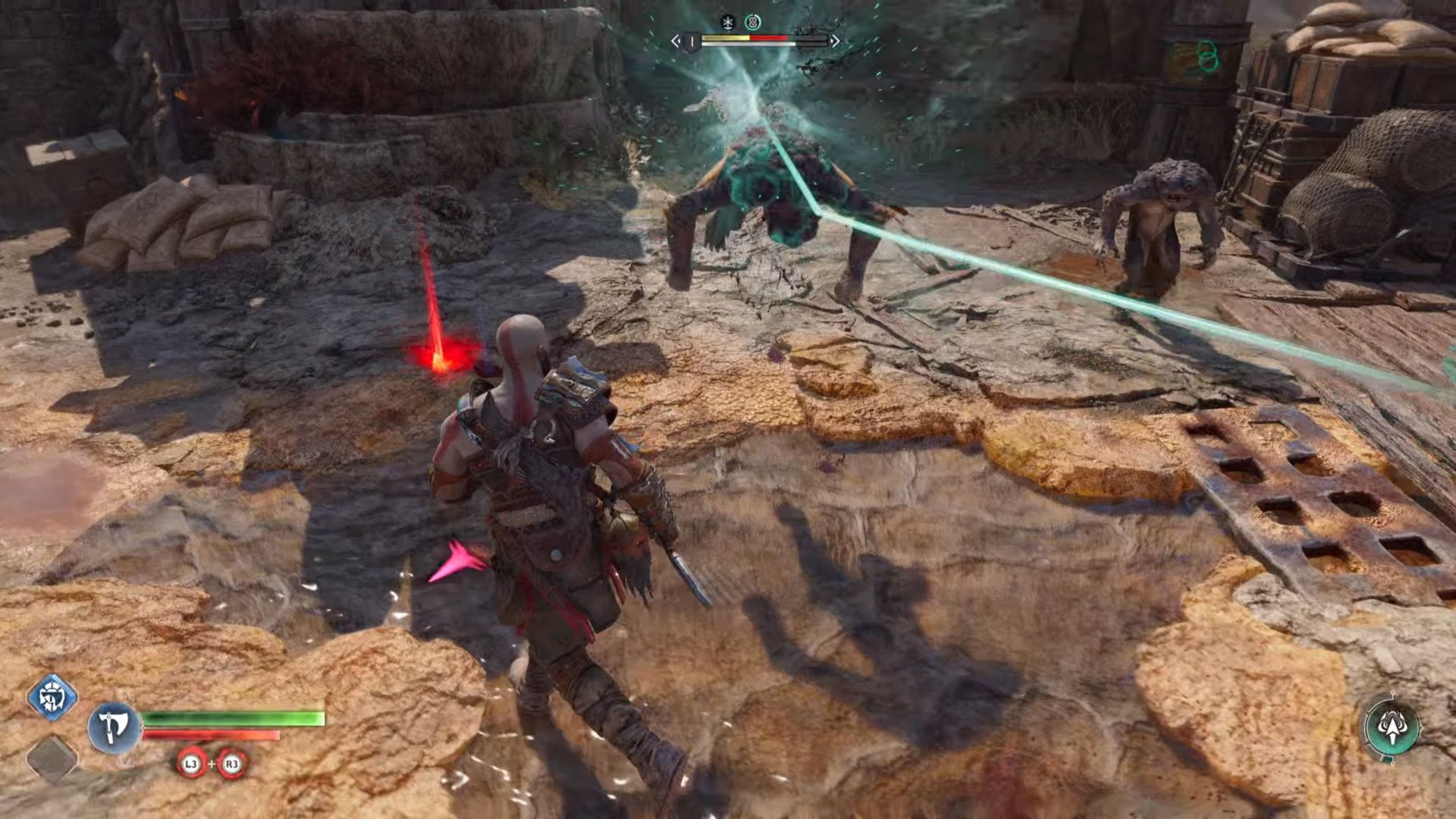 Atreus has an extraordinarily fleshed out set of abilities and skills by the mid-way point of the game. However, his most potent use is for extending combos. One of the biggest mistakes you can make in God of War Ragnarok is to just use Atreus’ arrows for a little extra damage once in a while. Atreus’ arrows don’t pack much of a punch, so if you are looking to do damage, they aren’t a great tool for that. However, what they are good for is disrupting enemies, and stunning them.

This includes enemies who are midair. In fact, if you launch an enemy, and then fire a volley of arrows into them with Atreaus, they will fall in slow motion, opening up a number of lengthier, more damaging, combos. 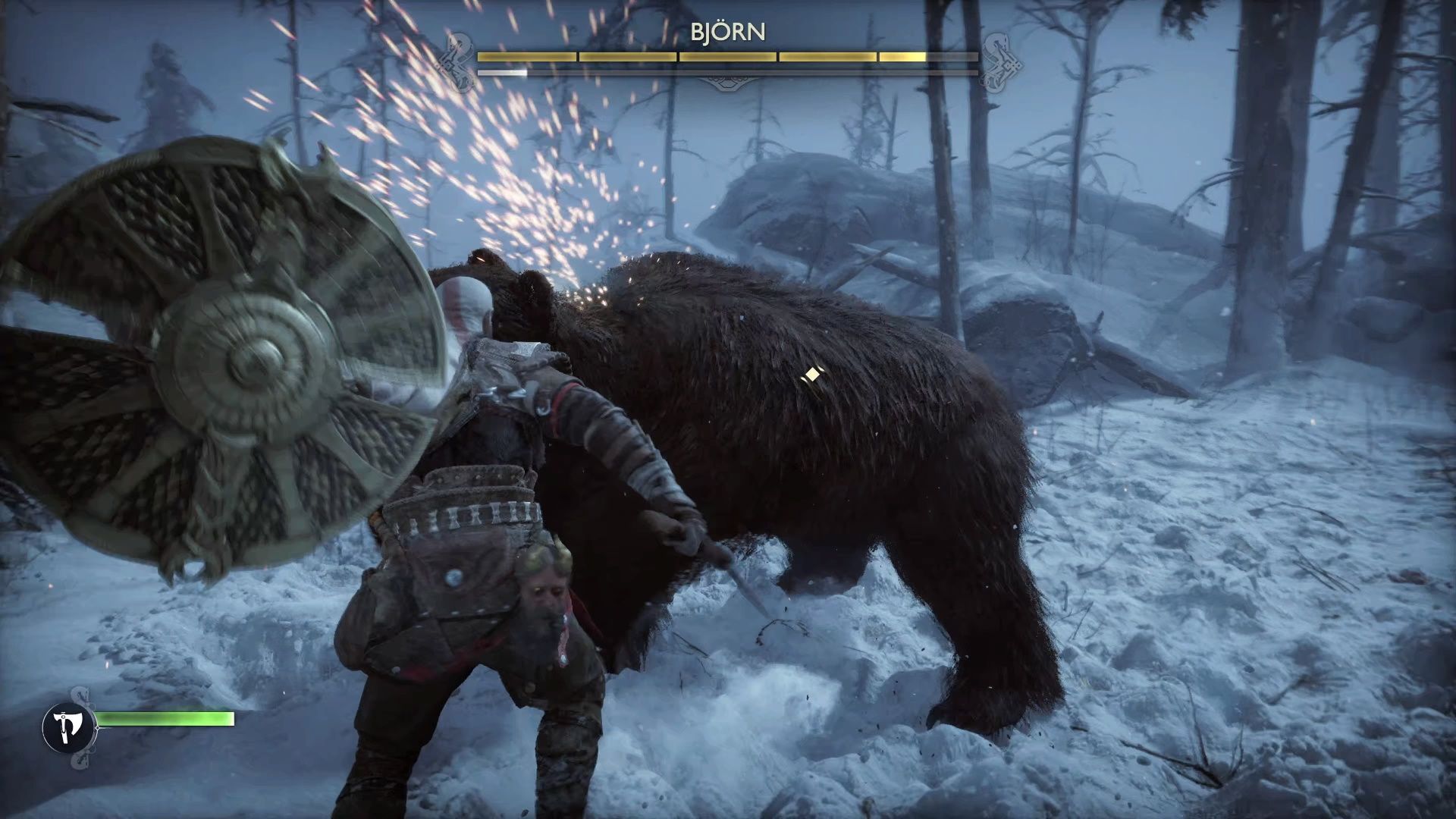 You know the saying the strongest offense is a good defense? Well, that goes doubly here. A well-timed block will activate your parry, which will stagger not only the opponent you are fighting, but also opponents nearby. This includes enemies that you aren’t facing. One of the beautiful things about your shield parry is that you can cancel many of your attacks into the shield. So, if you are performing regular attacks, you are rarely fully committed.

Most attacks in the game are parryable. Those that are not will typically be indicated in red. Parries open up opportunities for punishes that would otherwise, not exist. And that isn’t just for combat with your typical minions, either. That extends to bosses. Moreover, a parry will affect an enemy's stamina, whereas a roll will allow them to recover it. What we are saying here is that if you can parry, you should parry. Especially as you delve into the more intense difficulty modes. 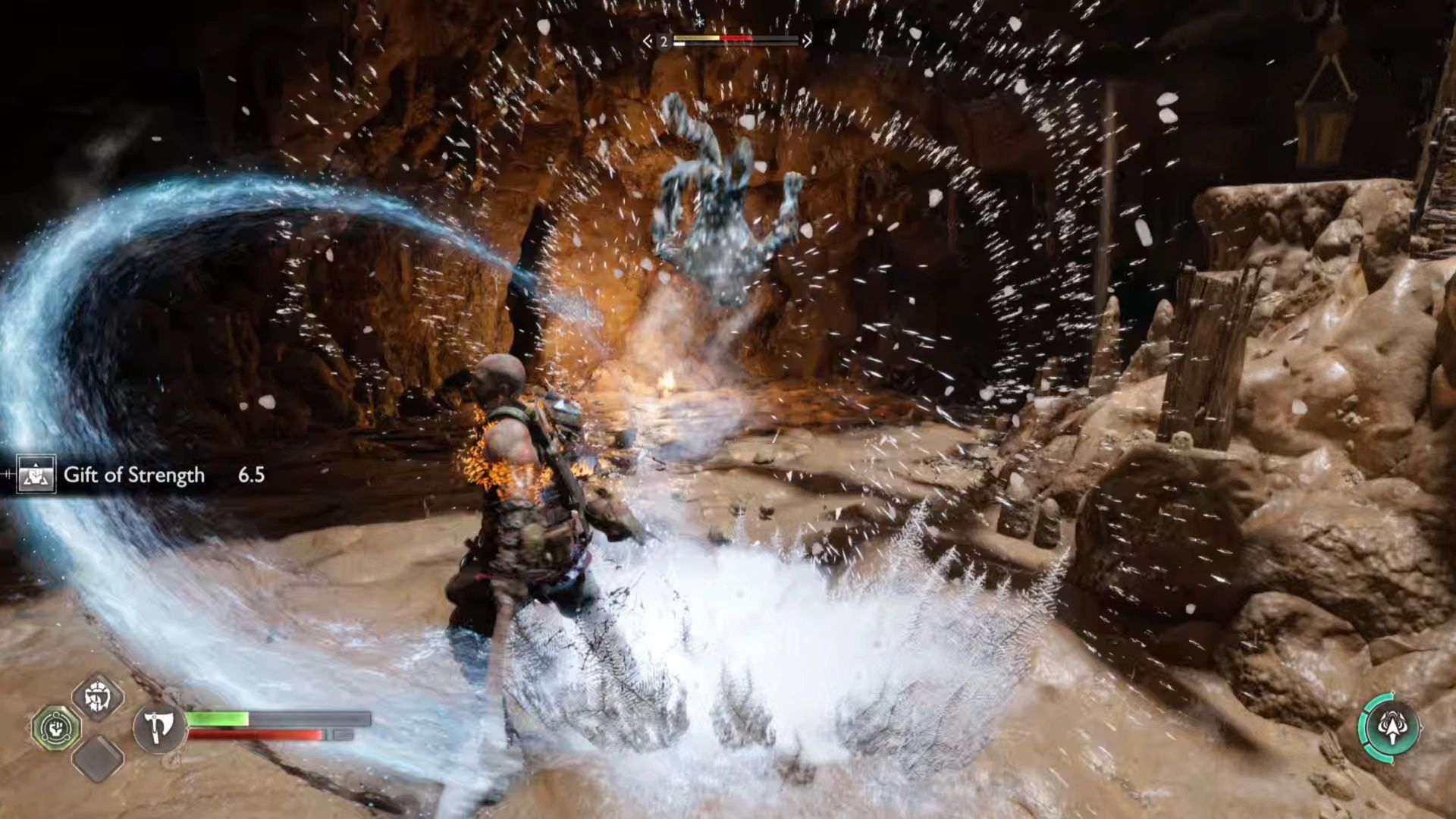 When using your experience points to acquire skills, we would strongly suggest that you just go with whatever you think suits your playstyle. However, there is a skill for both your Blades of Chaos and your Leviathan Axe that allows you to do more damage when hitting enemies imbued with the opposite element. Both of these skills are some of the cheapest in the game, and both are absolutely invaluable.

Once you get the hang of it, you will be swapping between weapons effortlessly, and constantly dealing extra damage. A great moment to swap weapons is after landing a heavy attack that launches. Simply switch over mid-combo and get that extra damage in!

Also keep in mind that there are other benefits to elemental effects, such as the freeze effect slowing enemies down, and fire dealing gradual damage. Frequent switching will allow you to stack these effects!

The Leviathan Axe is a potent projectile. However, for as strong as it is, one of the more underrated elements is the damage it does on return. You may think that this is, more often than not, just a little bonus. A happy accident, if you will. But here's the thing: the axe's return arc is wholly predictable. You can absolutely learn to use it as an effective weapon.

The axe will always fly back to your right hand. It doesn't travel in a straight line. Instead, it arcs horizontally to your right, bowing outward before coming back in. Once you get a feel for this, you will start adjusting your position as you recall the axe in order to hit other opponents who are approaching you. Get good enough, and you will start hitting multiple enemies every time you call your axe back to you. 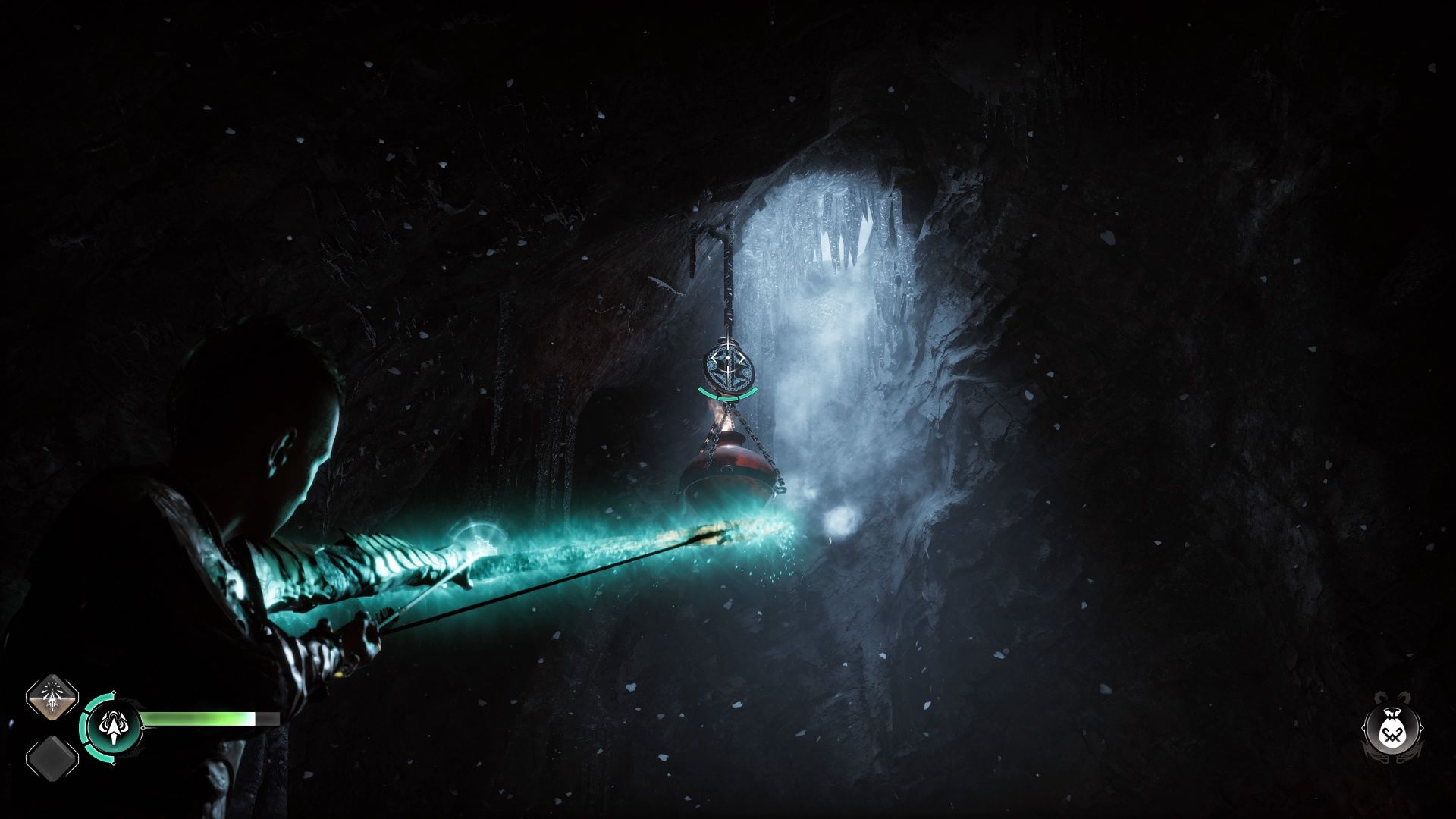 One of the best ways to wrestle control of an intense battle that features hordes of enemies, is to seek the high ground. Enemies will pursue you, of course, but the thing is, they aren't invincible as they clamor over the edge of a platform, leaving you lots of time to charge up a powerful attack. Guarding the edge effectively will help you get a number of kills, and if they do end up coming in great enough numbers to get on top with you, just hop down and land a devastating attack on an enemy below. Once you start interacting with the stages in a more thoughtful way, you will be able to overcome some of the more difficult battles far more efficiently.

Level Up Your Skills 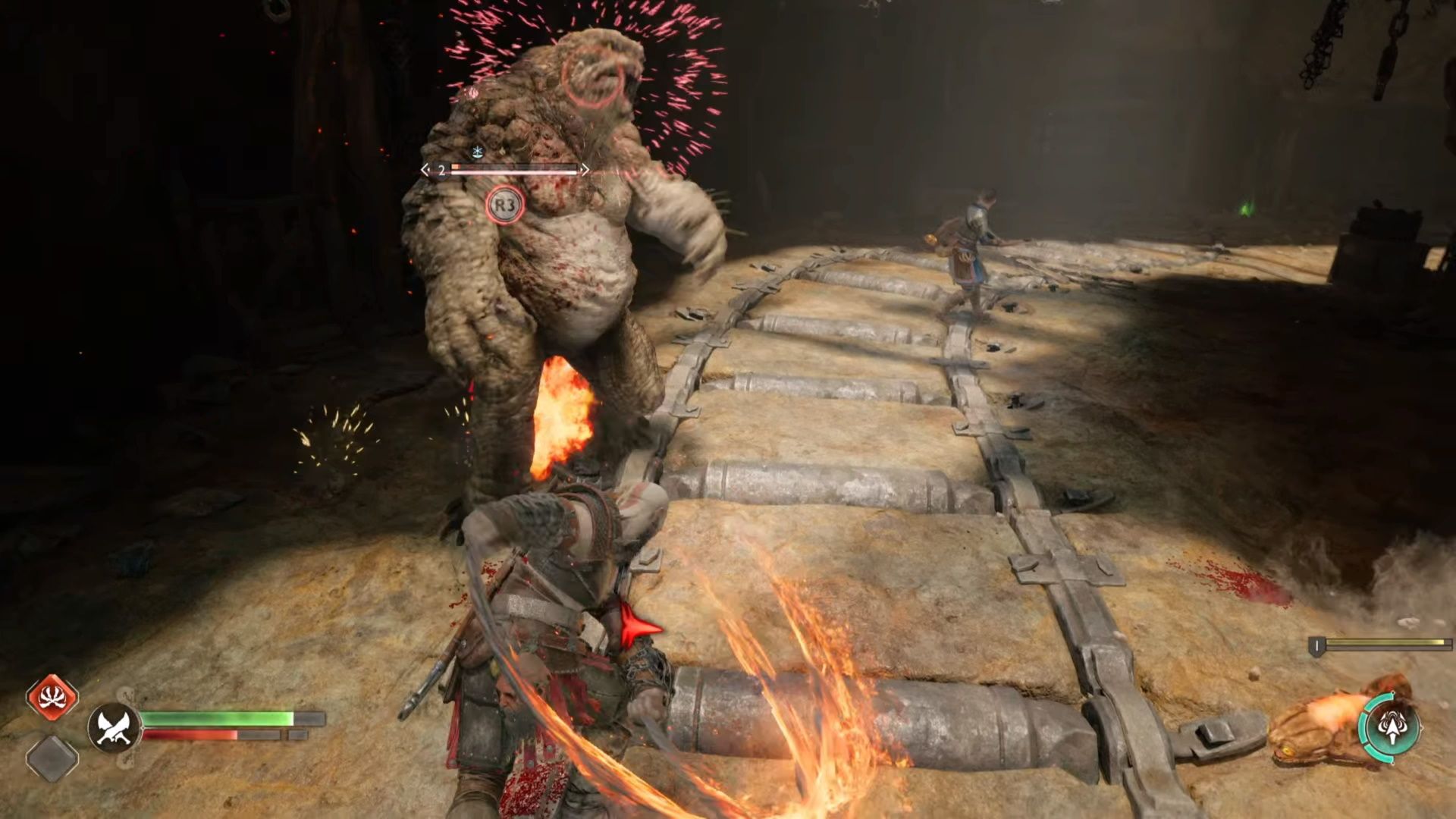 Most of your skills can be upgraded. You do this by completing "skill labors". Which is just a fancy way saying you need to use the skill a certain amount of times before you can upgrade it further. Once you master a skill, you can enhance specific aspects of it. So, if you find a skill you like, you may want to focus on using it until you hit the golden. Once the skill is fully ranked up, you will have to spend XP to further enhance it. If you buy one enhancement for a skill, you get access to all of them. So, you can freely play around with improving different elements of these skills.

This also means that during standard encounters you should be trying to use a wide variety of skills. Sure, you could mash your most powerful stuff against a couple of scrubby Raiders, or you could take these encounters as an opportunity to test out your different abilities and rank them up.

Call Of Duty: Warzone Players Are Being Murdered By A Door

Cloud9's Blaber on his newfound synergy with Perkz: 'I think we’re the best mid-jungle duo in the league'