You are finally here. You have finally made it Macros. His armies are shattered, his commanders are dead, and now it is only you and him. The score will finally be settled, and the would-be god will either ascend or find himself at the end of your blade. Godfall is rapidly coming to an end.

Not to undersell Macros and his difficulty, but this fight is almost (almost) a narrative encounter. Marcos is powerful, but he isn’t quite the difficulty spike one would expect for a “last boss”. That being said, the fight is quite fun and Macros has just enough bite to make it feel believable. 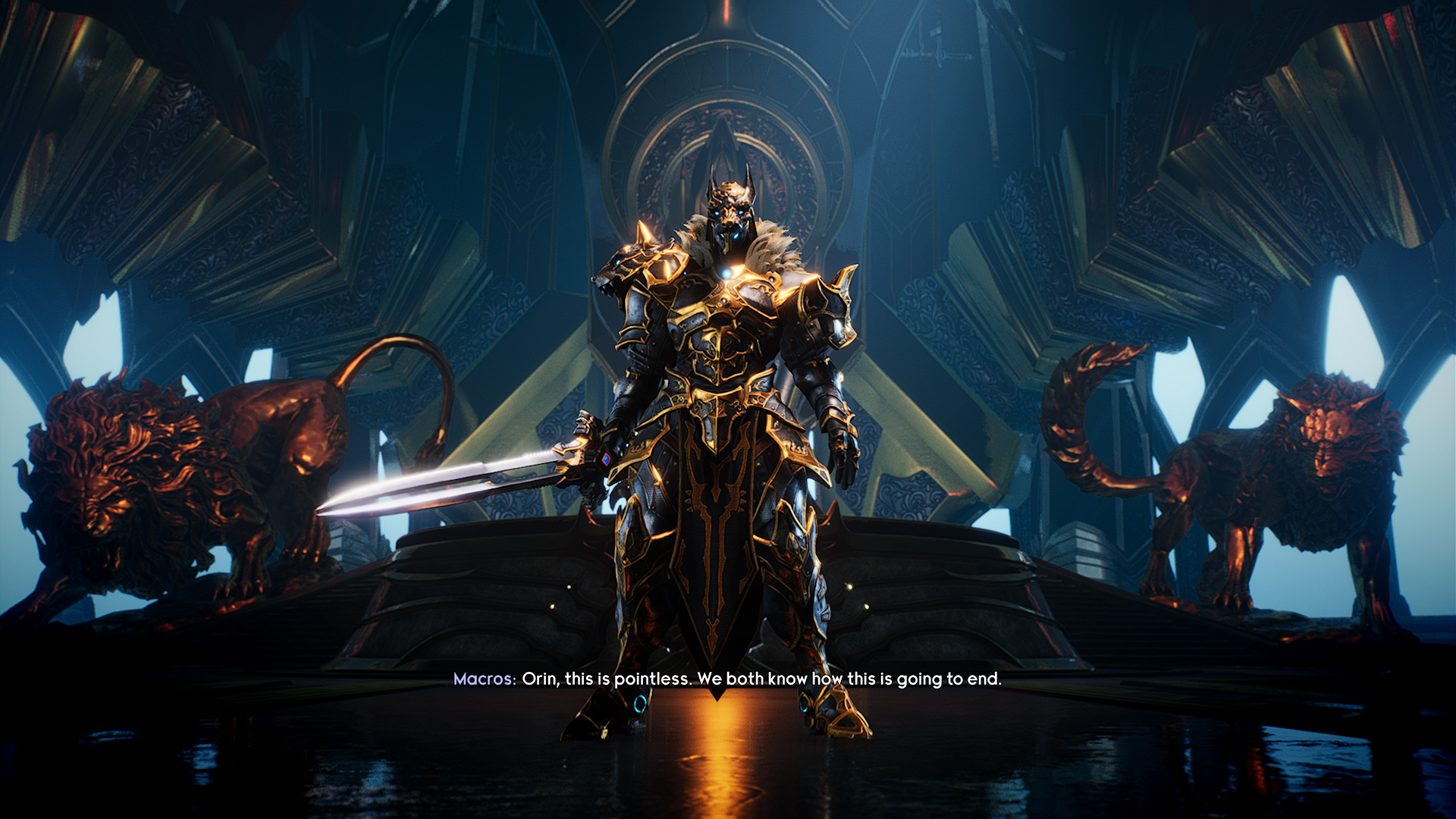 Macros is a dark reflection of yourself. Donned in the mighty Hinterclaw Valorplate, Macros is both aggressive, well armored, and as you will soon find out, well equipped. Not only that, but he is chock full of Aetherium, which gives him plenty of magic attacks to mix you up.

Phase Two has Macros use both a sword and spear, opening up his move pool and giving him more range than he had in the previous phase. He also gains some new ranged attacks to mix you up.

Macros now wields a hammer, and he knows how to use it. This phase doesn’t introduce many new attacks, but it will always start with Macros doing his Levitation Barrage.

Phase Four is where Macros goes all out. He will cycle between all of his weapons, he will attack more aggressively, and he has full access to his move pool. This phase will always start with Macros using his Levitation Barrage attack. Macros can also use this attack throughout Phase Four. 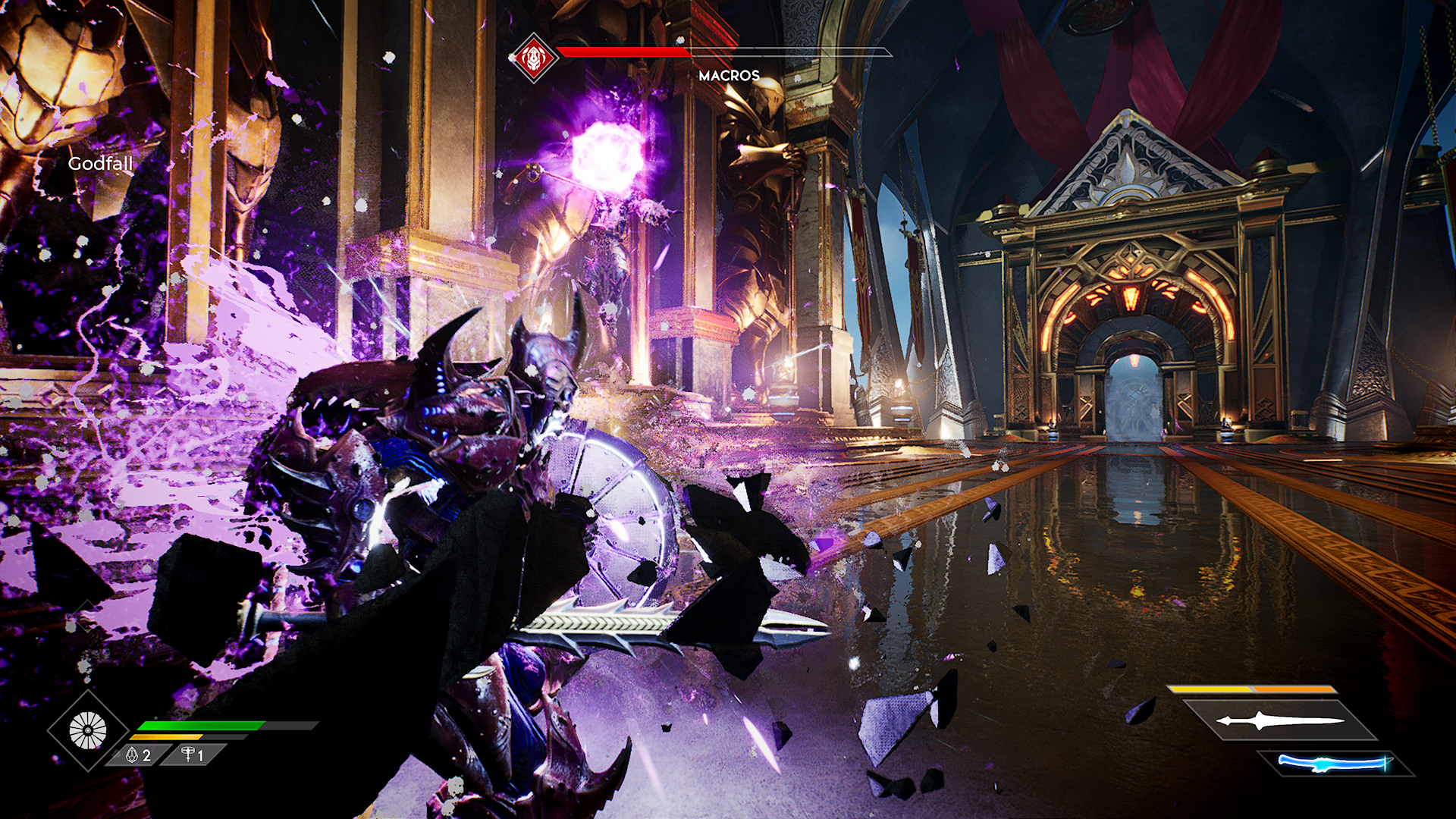 As per usual, Finesse and Weak Point are essential in this fight. Finesse buffs your dodge, making it much easier to close distance, avoid damage, and generally be a slippery sod. Weak Points will massively increase your damage if you aim your attack effectively, and will noticeably shorten the fight.

Macros is incredibly fast, making slower weapons a bit less effective than their faster counterparts. The Longsword and Polearms are two weapon types that really shine in this fight. The Longsword is an all-rounder that can do just about anything. It’s especially handy for closing gaps with its Weapon Techniques. Polearms have extra range, are quick, and can be thrown to land extra damage onto Macros when he falls back. 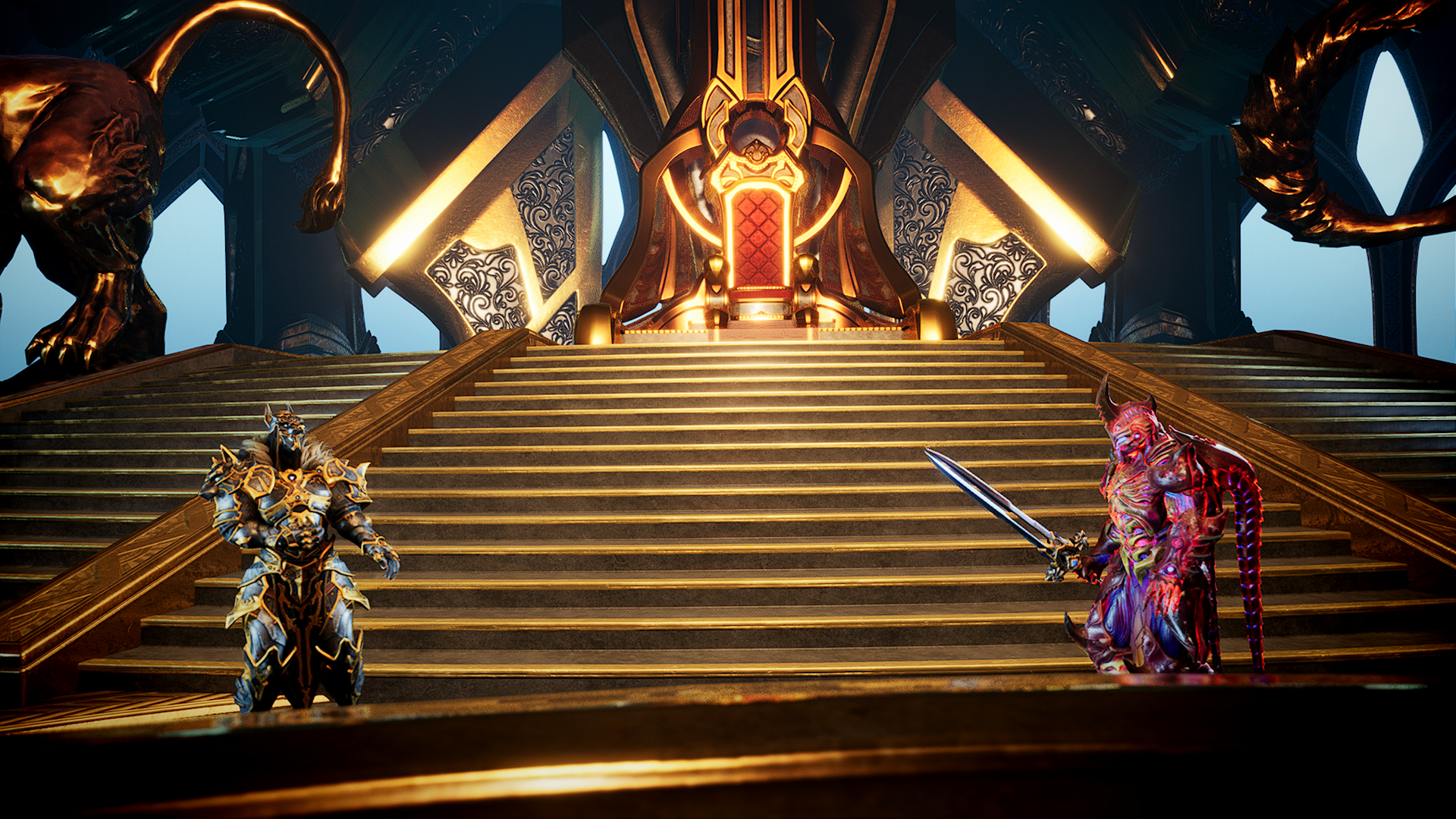 Macros is quick and aggressive, but not unstoppable. Aim to dodge or parry his attacks, get behind him, and strike his weak points for bonus damage. Keep an eye out for Macros glowing blue, as this is a parry opportunity that will lead to a stagger. Macros is the only boss where you can perform a damaging takedown after a Perilous Parry, so take advantage of this.

Keep moving, have your finger on the dodge button, and attack whenever you can. Godfall has generally rewarded aggressive play, and Macros is no different. Dodge, block, parry, and counter.

One thing to note is that Macros has very short phases until Phase Four. You won’t get a lot of time to learn his pattern before he moves on to something new, or before he starts combining move sets. This is the biggest hurdle the fight has, so once you get past that, you should be golden.

6 Things Everyone Completely Missed In Live A Live

PS Plus Premium and Extra release date REVEALED: Out in Europe on June 22

Zelda: Breath Of The Wild 2 voice actors have finished work on sequel