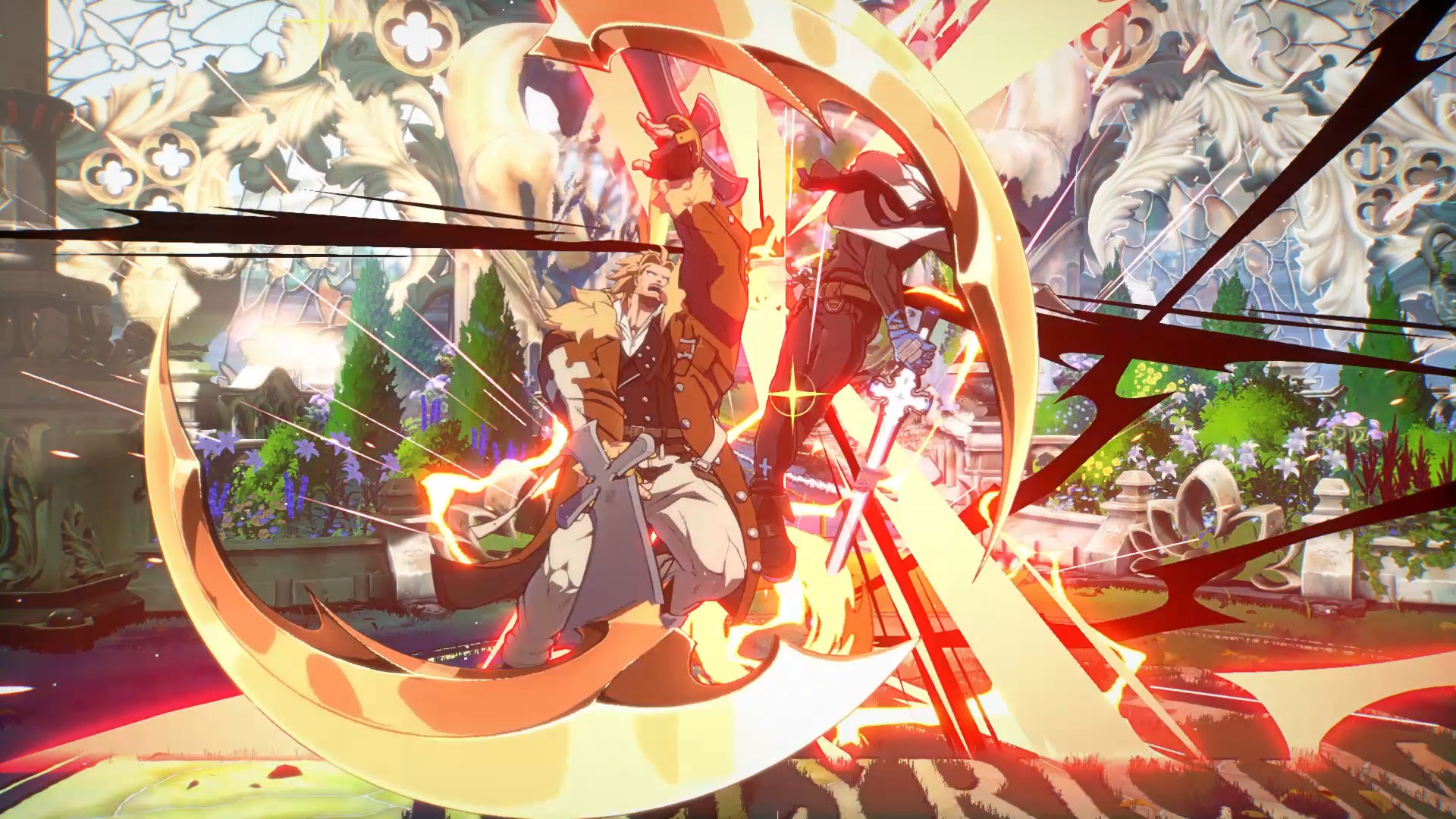 The creators of Dragon Ball FighterZ return to their own classic fighting game series with the best anime style visuals gaming has ever seen.

This week sees the release of one of the most graphically impressive video games ever made and one of the best ever examples of its genre. We’re not talking about Ratchet & Clank: Rift Apart but fighting game Guilty Gear Strive. The attempt to create anime style visuals in a 3D game has been ongoing for years now but with Strive it has finally reached a state of near perfection, in a game that is almost distractingly beautiful but also constantly surprising.

Guilty Gear is a one-on-one fighting game series that has been around for over 20 years now, toiling away in undeserved obscurity along with its developer Arc System Works. The latter did gain some amount of notoriety with 2018’s Dragon Ball FighterZ though, with which this shares some DNA in terms of both gameplay and visuals.

Hopefully FighterZ’s success will lead to more people taking a chance on Guilty Gear Strive, as apart from anything this is a purposeful attempt to make the series more accessible and appealing to newcomers. It’s not a reboot but it’s also not just a minor update to an existing title. Given the genre there’s only so much innovation it can promise but this is still easily the best new fighter for a very long time.

Despite being a relative latecomer to the scene, Guilty Gear still owes much to Street Fighter et al. and the basics are the same of any 2D fighter. As well as FighterZ there are a lot of similarities with Arc System Works’ BlazBlue series, except with (slightly) less weird characters and backstory, plus the addition of a hard rock soundtrack. If you’ve experience of any fighting game, you’ll be able to start playing Strive within seconds, while its many subtleties and character specific abilities take longer to learn.

Guilty Gear has always been aimed at existing fans of the genre and accessibility has previously never been a high priority. The basics are very familiar but as soon as you start working through the overlaying layers of complexity things have always tended to get very complicated very quickly. Strive though makes a conscious effort not to put off new players, with combos, in particular, now much easier to pull off than they have been previously. Although many of the more powerful ones are slower moves that require careful timing to ensure a connection.

This creates a noticeably slower pace of action than previous entries, the idea seeming to be that it will give newcomers more time to think and prepare. There’s an obvious danger that existing fans won’t like the new approach, with the alteration to combos likely to cause some accusations of dumbing down, but it really doesn’t feel like that. It’s just different, and for a fighting game sequel that in itself is a welcome surprise.

All the series’ most famous systems are still present though, and indeed things like roman cancels have seen an increase in prominence. These unique cancels can be used to string together moves that otherwise can’t be combo-ed but they’re also used to stop an attack you’ve already started and set you up for a new one, which is especially useful with the new, slower combos.

There are many, many complications that we won’t go into here – out of a consideration of space and not wanting to put people off – but as long as you don’t expect to be playing against hardened veterans from the first moment, they can all be dipped into and explored at your leisure.

The game provides plenty of inspiration to do so, as while 15 characters is not a lot by normal standards they’re all very distinct and each one is almost like learning a new mini-game. The two most prominent new characters are Nagoriyuki and Giovanna, with the former being a samurai vampire that can power-up his attacks by draining opponents and the latter having a wolf spirit ally.

Even if the roster size is excused there are still some disappointments, with the arcade mode now having almost no character-specific story elements and the removal of challenge mode – which used to be a useful way to learn new characters. There is still mission mode for that though and, unlike in most fighting games, it does actually make an effort to teach you not just specific systems but also tips for fighting each character.

There is a story mode but it’s literally just the story, with no gameplay elements at all. That would seem crazy if not for the incredible visuals, which make it look like you’re watching a whole Guilty Gear anime. And not some cheaply animated one either but a high budget, state-of-the-art production.

The lighting and level of detail is incredible and since you can go long minutes without seeing the camera move around, it remains breathtaking every time it happens. (As does the ability to break through the edge of the arena, which not only looks cool but helps fighters that get boxed into the corner.) Strive is an astonishing technical and artistic achievement and backed up by a rock soundtrack that some may find too cheesy but fits the tone, and the series’ history, perfectly.

In terms of online play the rollback netcode seems to work faultlessly, with the only irritation being the clunky lobby whose 8-bit visuals get old very quickly. Instead of just using a simple menu you’re forced to wander around a mansion looking for fights, with the game absolutely refusing to ‘get on with it’, no matter how often you shout at the screen.

Most of the faults in Guilty Gear -Strive- are mere foibles though and while it doesn’t do anything very new in terms of fighting games in general it’s something of a sea change for Guilty Gear itself. When the only major fault is not having more of everything you know a game is doing well, and in terms of characters at least that issue should be resolved with DLC.

It’s players that Strive really needs more of though and if it doesn’t get them through this, once everyone has seen the graphics in motion and experienced the surprisingly accessible action, then all fighting game fans should feel very guilty indeed.

In Short: One of the best looking video games ever made and the most accessible Guilty Gear has ever been, with impressively deep combat and memorable characters.

Pros: The graphics are consistently astonishing and the soundtrack is great. Fighting system is highly technical but also approachable, with good training options. Excellent netcode.

Cons: Too few game modes, especially for single-player mode, and too few new characters. In general fighting game terms, it doesn’t do much that is genuinely new.

Bosch and Ford will test autonomous parking in Detroit