I'd say 2021 was a good year for video games. It's also the year when I broadened my video game horizons – I put decent hours into a racing game, tried out and enjoyed a management sim about dinosaurs, and even finally played the remake of a legendary series. But there was one game that ticked all the boxes when it came to my favourite video game features. The Ascent has a top-down perspective, tons of loot, in-depth weapon variation, and satisfying shooting mechanics, so it was basically made for me.

But as much as I like top-down games, I often find that the setting isn't much to look at. Understandably, it may be kept bland so that the player character and enemies aren't obscured, but it's often at the expense of creating a visually vibrant world. That's not the case with The Ascent's futuristic, vertical city of Veles. The detailed world created by a team of only 12 devs could leave you staring at your screen for minutes on end. The countless neon signs, crowded streets, and most importantly – typical British weather leave you awestruck and claustrophobic at the same time. 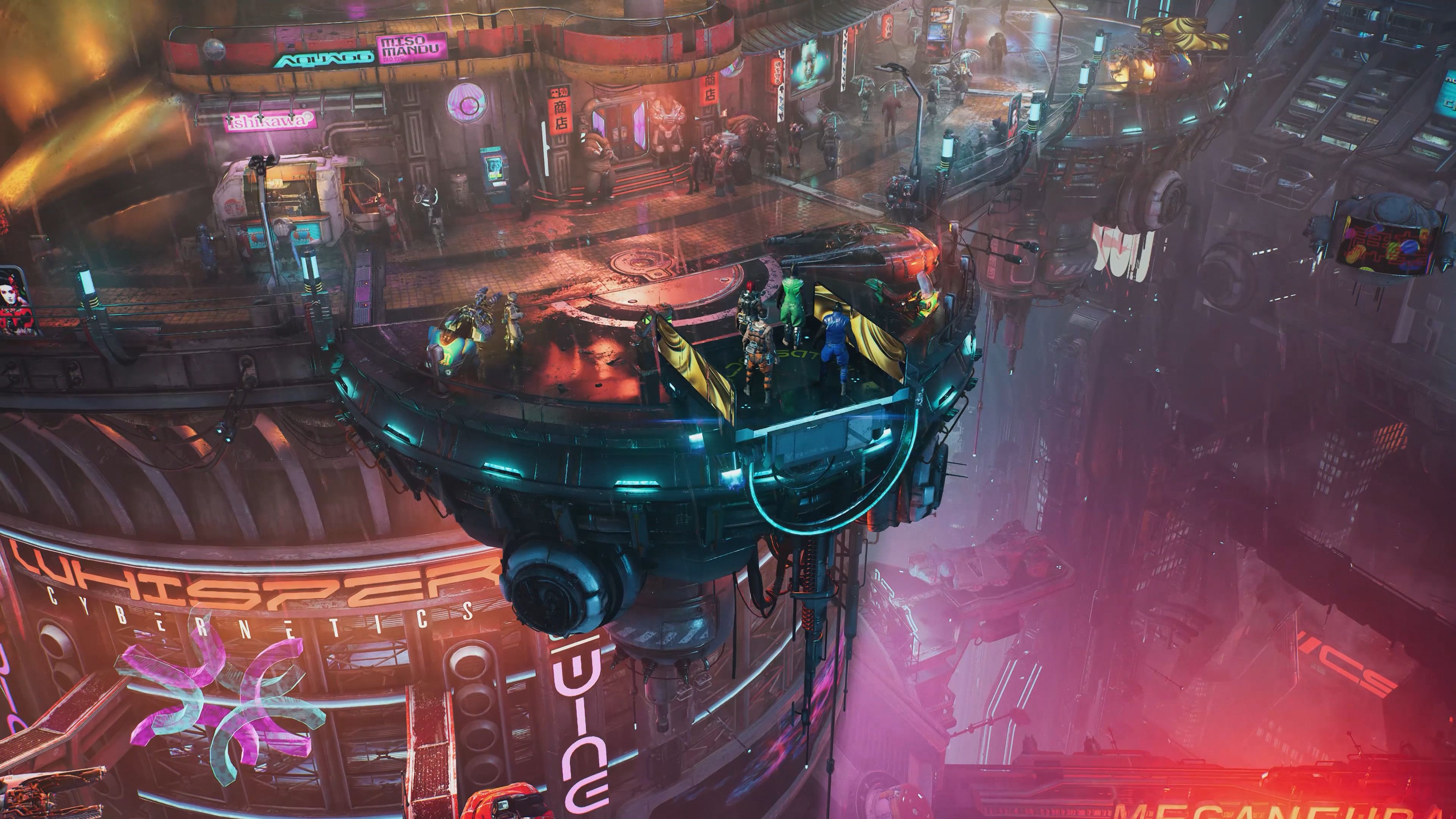 While the game clearly screams cyberpunk, creative director and Neon Giant co-founder Arcade Berg feels that looking at the same genre for inspiration is limiting. "I think you can definitely see hints of Judge Dredd, Akira, Ghost in the Shell, and Robocop," he tells me, explaining that Veles was created using aspects of fiction that the team grew up with.

Along with the neon signs, wacky haircuts and futuristic gadgets, any great work of cyberpunk fiction includes a certain level of absurdism. While there are many instances of absurdity in The Ascent, my favourite one by far is that you can blast away at civilians without any meta or in-game penalties or restrictions. This makes traveling between objectives a tad more entertaining. While most games penalize you, or worse, block you from doing so, Neon Giant seems to have no qualms.

After calling me a monster for my in-game behavior, Berg went on to mention that this was actually something that took up a lot of the team's time. "It was a very clear and strict rule that it should not reward you in any way but we also didn’t want them to hinder you when you’re wielding miniguns and rocket launchers fighting the baddies," he said. "If it’s between making sure there are never any civilians around in our living world where the thugs also roam, or (unfortunately) having some collateral damage – we opted to keep them in."

The team did initially program civilians to not bleed or react in the satisfying manner that bad guys do when shot at, but this felt out of sync and "boring" compared to the rest of the game. So they decided that the civilians would completely blow up when in contact with even minimal damage. Who's the monster now? 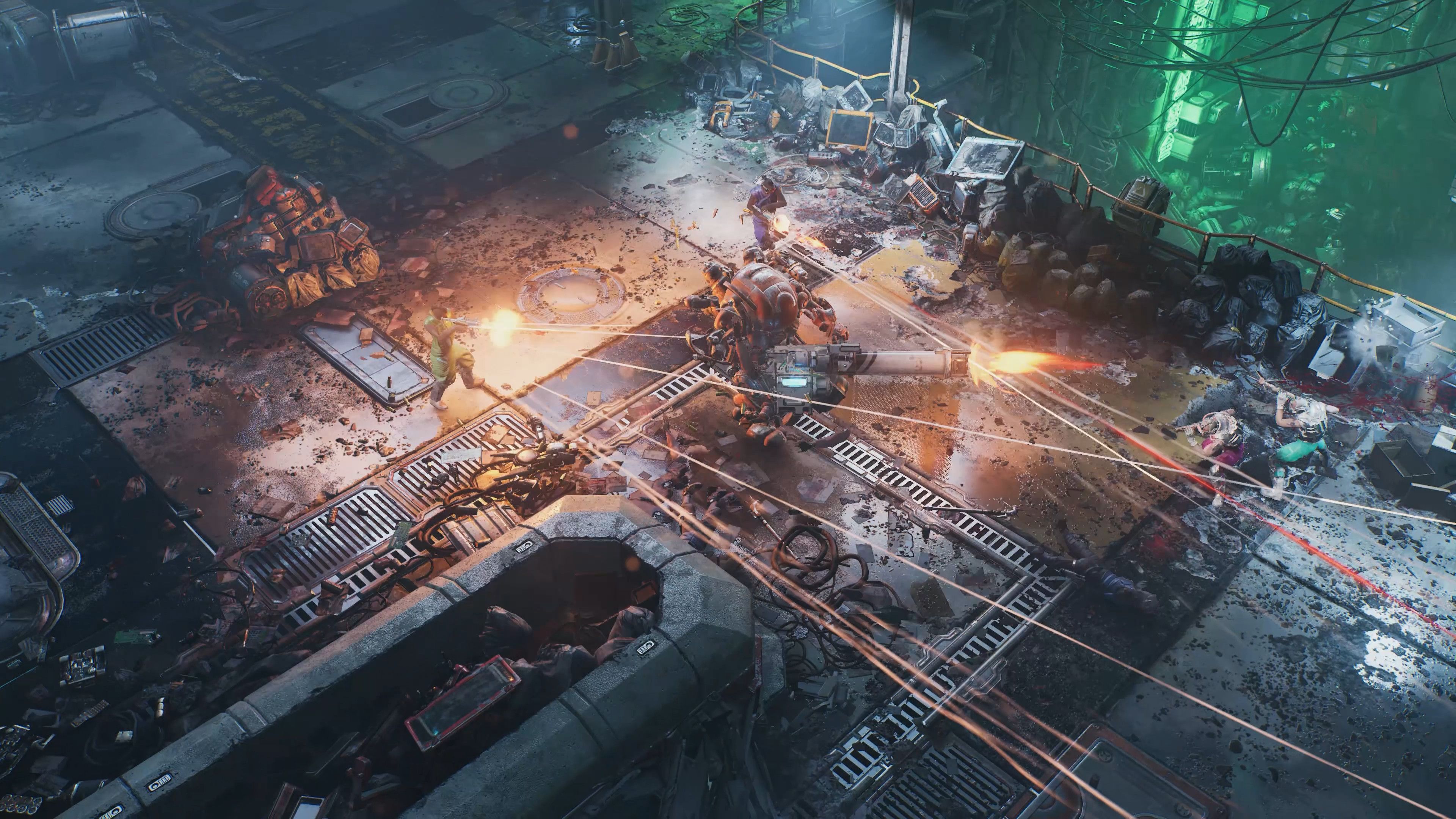 But whether you're shooting enemies or civilians, the animation, kickback, and sound effects make the combat fun and satisfying. It's even more enticing now that The Ascent has been upgraded for the PlayStation 5 and its haptic feedback technology. "The fact that you can tie it into the sound design in a way [via the controller speakers] is a great way to get that step up in immersion and sense of quality. You’ll feel the controller react very well to explosions, but also subtler things like you reloading a gun."

Neon Giant's team has been busy with constant updates which have till date included a photo mode, a transmog system, New Game+, additional voice overs for all side missions, and a lot more gear. They'll surely have their hands full with updates over the PS5 launch period, but Berg and team are always "exploring what can be done in the future with The Ascent, so pay attention."

Final Fantasy War Of The Visions: How To Level Up Units Quickly

Far Cry 6: Giancarlo Esposito Has Opened Up About Playing The Game's Main Villain