Lego Star Wars: The Skywalker Saga has had a long and troubled development. As told in an extensive report by Polygon, TT Games was wrought with a constantly changing vision, regular periods of crunch, and a toxic work culture that resulted in several delays for the hugely ambitious licensed game. Now, after years of waiting, it is finally upon us.

The finished product is largely excellent, as made clear in James Troughton’s 4.5/5 review, but a few scars of its problematic creation remain. Bugs surface from time to time, while level design across its more scripted missions are largely derivative and lack the imagination of previous entries in the series. Combat is repetitive and puzzles are largely uninspired, while the narrative of several films are glazed over faster than ever before in order to fit everything in and provide us with a regular stream of content. It’s great, but you could tell some obstacles were overcome in order to make any of it possible.

It would be irresponsible of me to completely detach The Skywalker Saga from the human cost of its creation, and how that pressure has seeped into the game I’ve spent the past week or so delving in, morphing each of my evenings into a nostalgic jaunt to a galaxy far, far away. It's the same for all blockbusters, with casual fans seldom being aware of how the majority of games we play are a product of blood, sweat, and tears. Digital miracles that often come together at the last possible moment with a high change of falling apart. 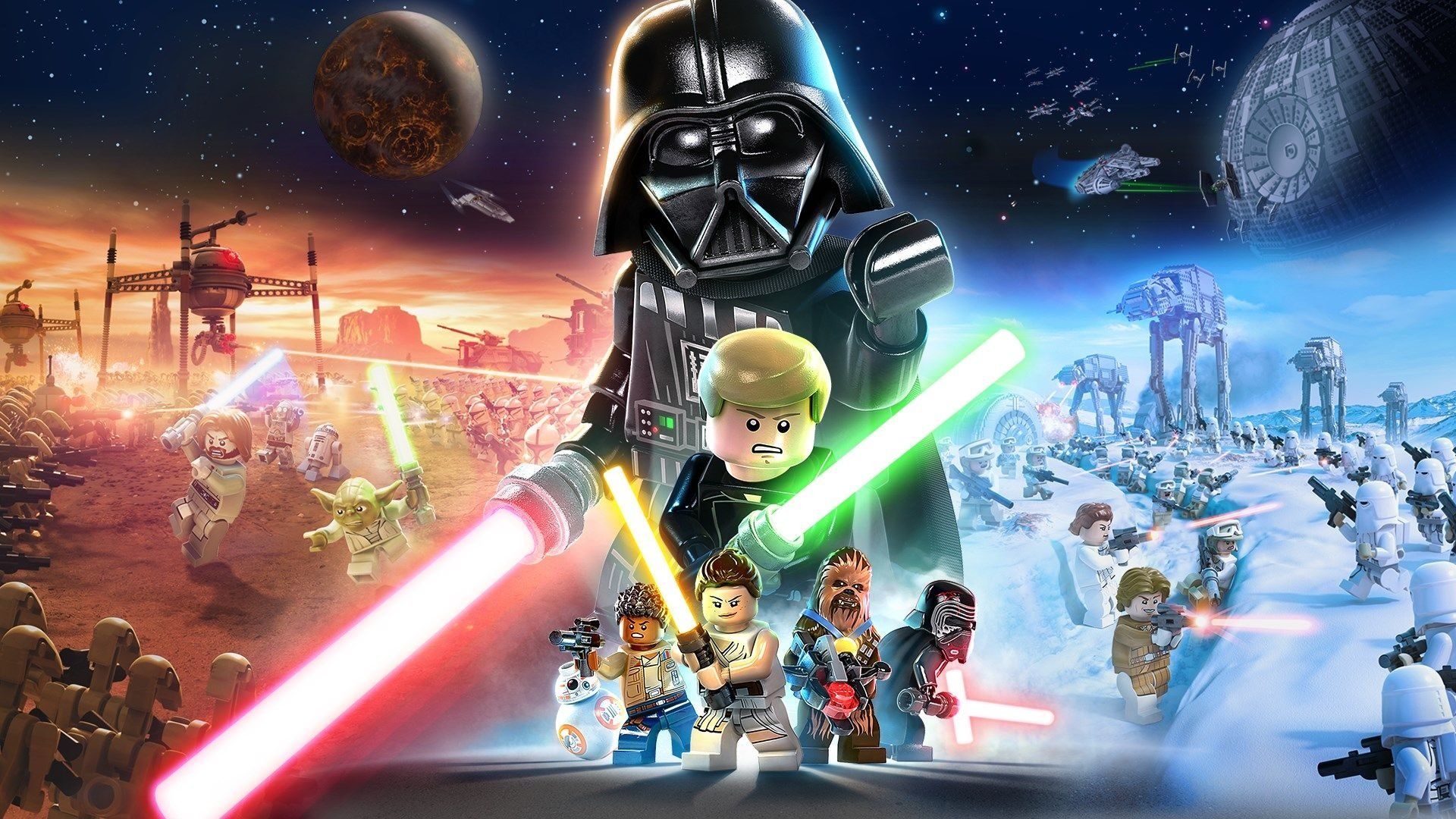 The Skywalker Saga feels like that at times, a direct consequence of trying to cover almost 50 years worth of cinematic classics over the course of a single game. It doesn’t always work, but when it does you’ll be swept up in the magic of swinging a lightsaber or soaring through space in the Millenium Falcon. A new engine allows these stories to shine like never before – both graphically and mechanically – as new systems are introduced that are dense without ever feeling overwhelming, encouraging exploration across vast open spaces in search of secret collectibles and oodles worth of spendable studs.

So it's a shame that so often these vast areas designed for exploration give way to bland corridors and unimaginative level design that robs Lego of its potential imagination. It’s a consequence of so many levels being based inside Star Destroyers and vast artificial facilities designed for obedient footsoldiers and glorified Space Nazis, all of which are accustomed to interior design that emphasises obedience while forbidding any form of insurrection. While it has thematic importance in the wider Star Wars universe, spending several minutes trudging through boring corridors on your lonesome grows old very fast. 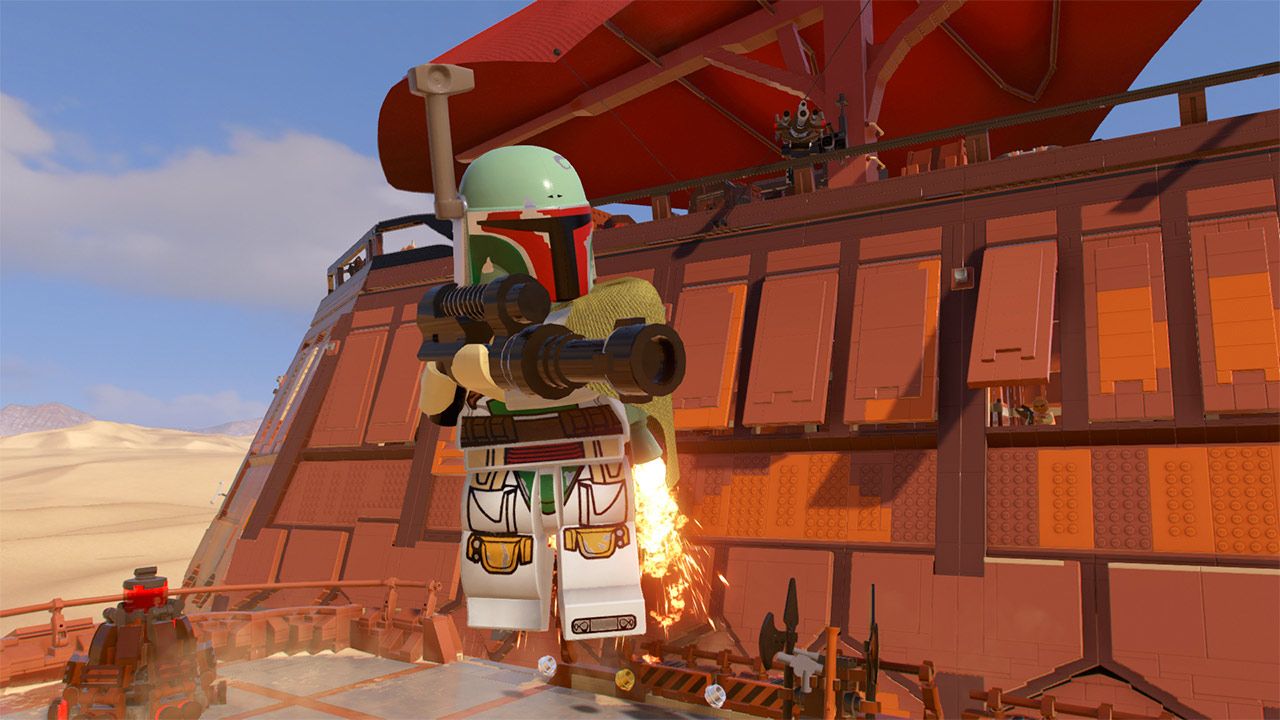 The majority of films in the series see characters either finding themselves taken hostage in such places or sneaking in to save friends and blow something up. It’s almost as if Star Wars has been relying on the same formula for decades with an overriding fear of change, isn’t it? To the credit of TT Games, it has done everything it can to make such locales interesting. You will find fun little easter eggs in secret areas, or Stormtroopers chilling in hot tubs before partaking in a cheeky bit of disco dancing. But these instances are few and far between, meaning that often your only course of action when playing through these levels for the first time is to follow your objective marker through a bland maze of identical corridors before reaching the next cutscene. You’ll often be tasked with having a fight or solving a puzzle along the way, but compared to previous games the spark feels somewhat absent.

I’d groan at the tedium that awaited whenever another sequence of corridors opened up before me. Given I know the narrative of each film, it also became easy to predict when the corridors would make their unwelcome return, urging me to partake in boring shooter sequences and hunt down collectibles that I couldn’t touch until Free Play reared its head anyway. For such a magical property combined with the quirky brilliance of Lego I would have loved for TT Games to think outside the box a little more, abandoning its dedication to retelling each film in favour of something more ambitious. On the flipside, maybe I’m complaining too much about something that is essentially a glorified kid’s game. 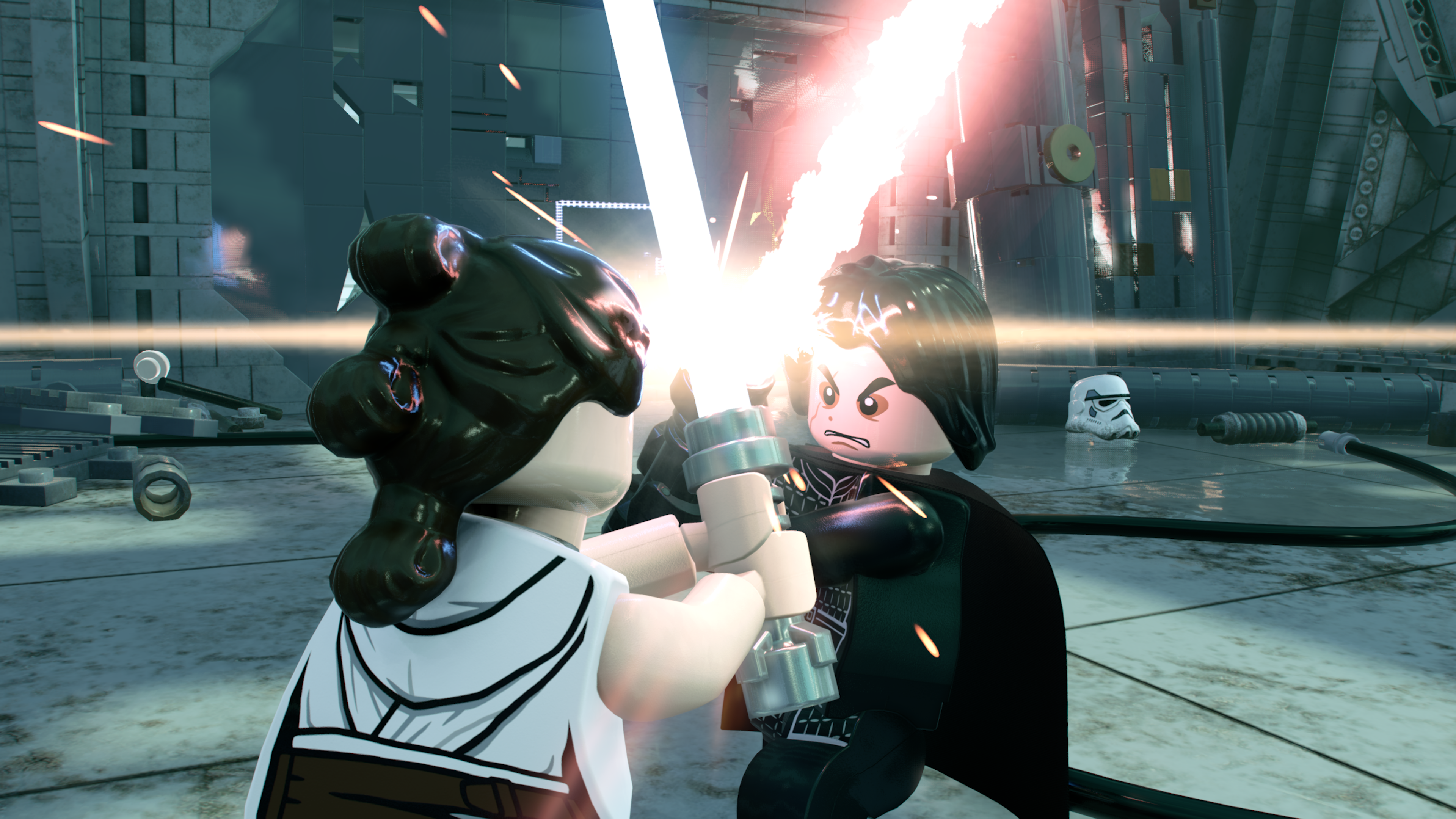 Perhaps the change to a new engine forced TT Games to alter its approach to level design, opting for wide open spaces and claustrophobic corridors but nothing in between. Star Wars is a vast franchise with so many planets, stories, and characters, so it’s a crying shame that The Skywalker Saga makes all of it feel so samey. The teething issues of its development are all too apparent, and I hope the studio has weathered the storm and can come out swinging with whatever comes next.

Wipeout Rush Is Racing To Mobile Devices Next Year

Animal Crossing: Are There Upcoming Events Planned For New Horizons?

VRFocus’ Most Anticipated VR Games Still to Come in 2021