Some players just want to rush through to the end-game content of Lost Ark. Those that do miss a lot of rich content that can also really help your character progress. Hidden stories are a fantastic addition to the lore of each continent. They also give you credit in your Adventurer’s Tome, which brings its own rewards.

The continent of Arthetine has the usual seven hidden stories. The capital, Stern, has both a three and a four-part story, while several of the outlying areas have single-part tales you just need to find the location for. Only one story offers a real challenge, with its third part being at the end of the Verdantier dungeon with quite a tough time limit. But where would the fun be if it wasn’t a challenge?

The Answer To The Agony – Stern Hidden Story Location 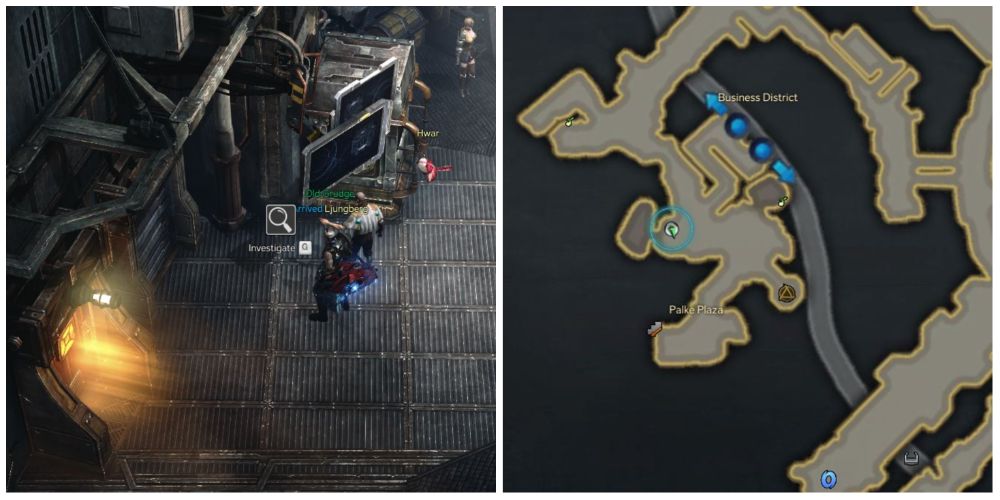 This is a four-part story that, once started, is on a timer. If you don’t find and read the next part within the time limit, you’ll need to start the whole thing again. However, all four parts of the story are in the Origins of Stern area, and you have a generous 20 minutes to find each one.

Each part of the story is activated by clicking on a computer screen panel. The first is just to the right of the entrance to the Stern Times Office, which is the building just west of the Business District Triport in Origins of Stern. 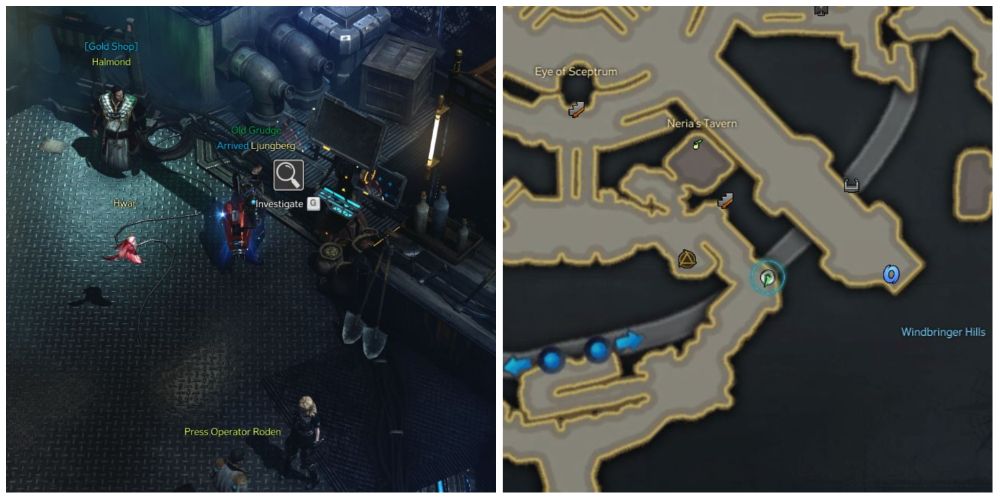 Once you’ve begun, portal over to the Market District. Go down the stairs southeast from the triport and you’ll see Gold Shop NPC Halmond. Just to his right is a bank of computer screens – and the second part of The Answer to the Agony. 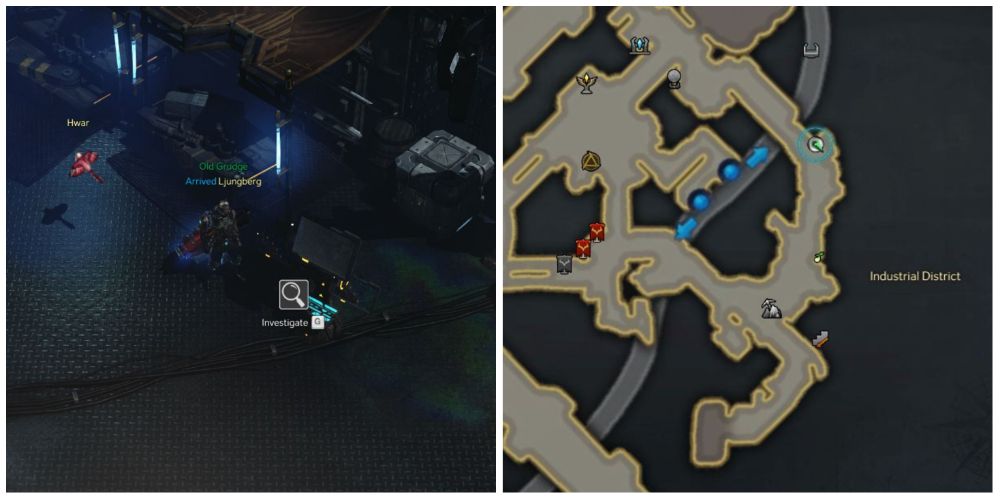 Now head to the Industrial District. From the triport, head northeast towards the Hall of Transcendence, but turn right just before you get there and follow the path southeast. You’ll see Abyss Trade NPC Kashu on your left, standing near some covered stands. Just beyond those stands are some more computer terminals – which will give you part three of the story. 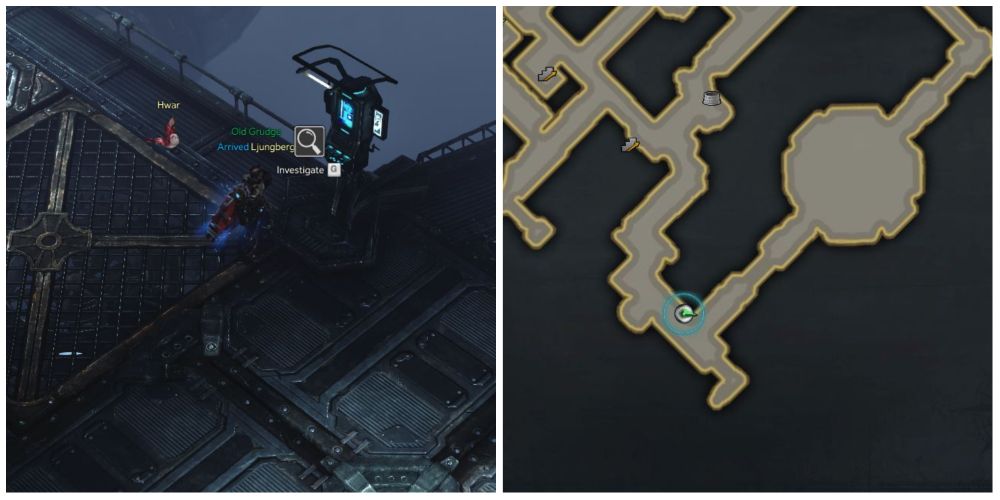 Finally, head down into the Stern Underground via Stern Underground Gate No. 2, which is just along the path south then southeast from the third part of the story. Once downstairs, follow the pathway southwest past the Proving Ground Entry Board, and south again at the next junction. The final terminal you need to access is at the junction where a long path starts to lead northeast. Click it to conclude The Answer to the Agony hidden story. 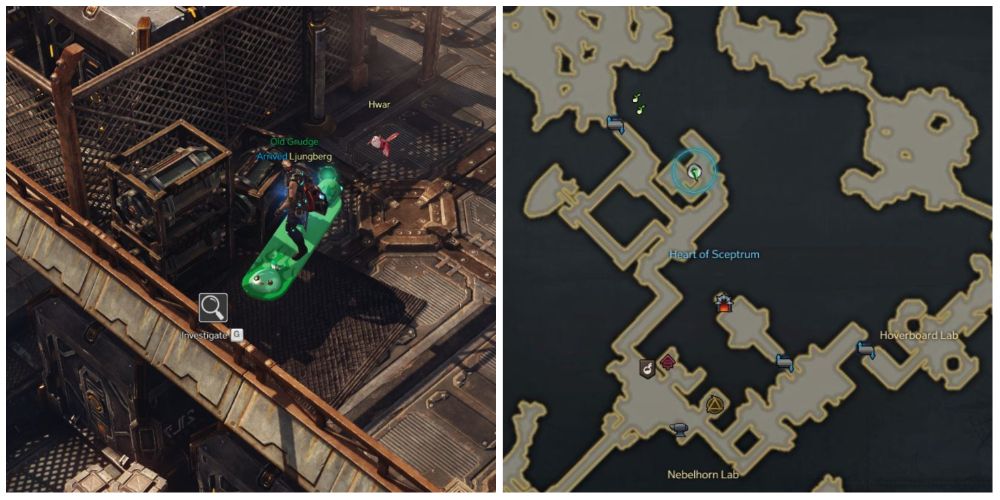 This is a two-part story. The first is easy to collect in Nebelhorn, but the second requires you to enter the Verdantier Dungeon in Riza Falls (on either difficulty). You only have 15 minutes to find the second clue after triggering the first, so you’ll need to have already activated the Iron Gate Entrance Triport in Riza Falls – and already be familiar with the dungeon itself. This is a tough time limit, so either take some friends or be reasonably overpowered before you attempt it.

To begin, head northwest from the Nebelhorn Lab Triport. Go along the path that heads north, towards the lift that leads to the Oasis Triport. Continue northeast as far as you can go, ignoring the left turn towards the lift. Turn left at the end, and walk into the corner just past the stairs that head down on your left. There are three cylinders in oblong metal frames, and just in front of them, a sack. Investigate the sack to read part one. 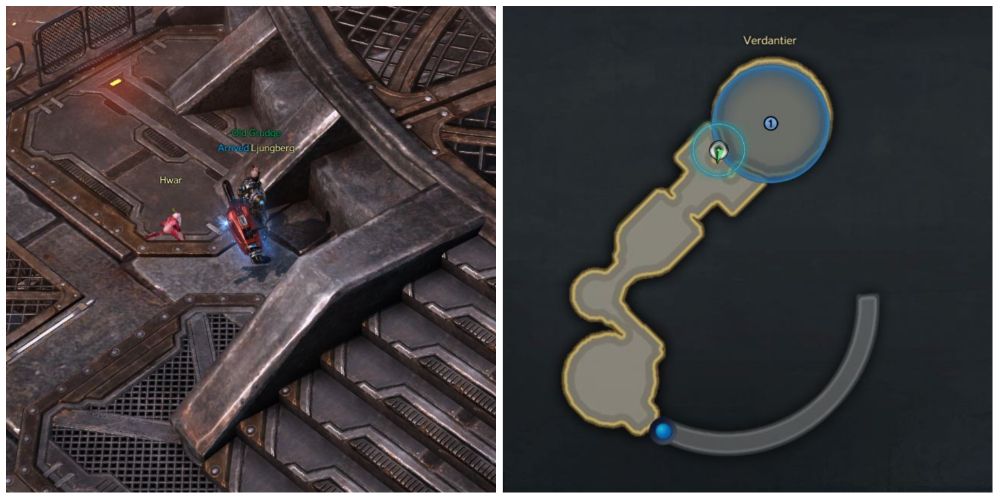 Immediately portal to the Iron Gate Entrance Triport in Riza Falls, and go north into the Verdantier Dungeon. Work right through as quickly as you can, until you only have the last few steps up to the final circular platform to go. Don’t go up and trigger the final boss battle. Instead, investigate just to the left of the steps. Here you’ll find the concluding part of the story. 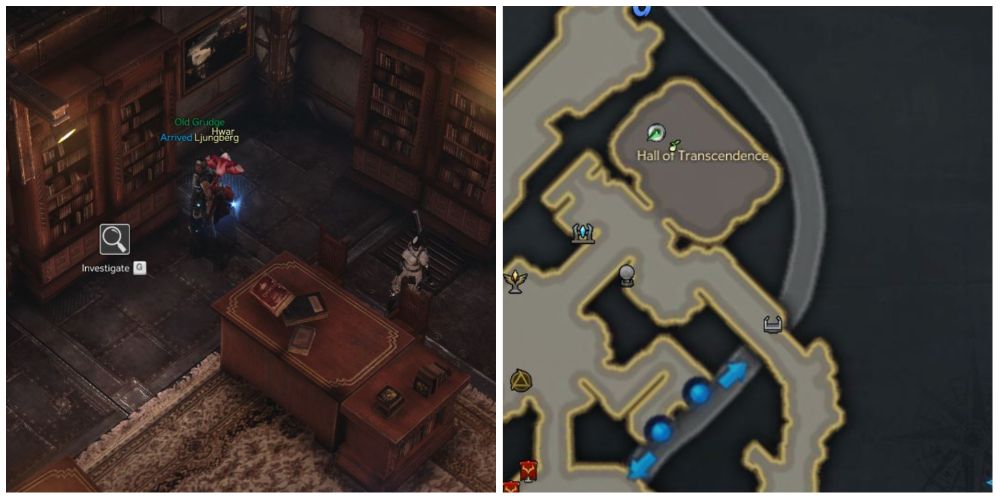 All three parts of this story are inside the Hall of Transcendence, which you can enter just northeast of the Industrial District Triport in the Origins of Stern area. You have a generous 10 minutes to find each new section, but do remember that if you run out of time on any section, you’ll have to start again from the beginning.

Once inside, go up the stairs on the left and take the first left-hand turn at the top. Walk to the end of this southwest-facing corridor into the room at the end. At the far end of the office are four high bookshelves. Investigate the ones to the right to begin The Greatest Evolution Form hidden story. 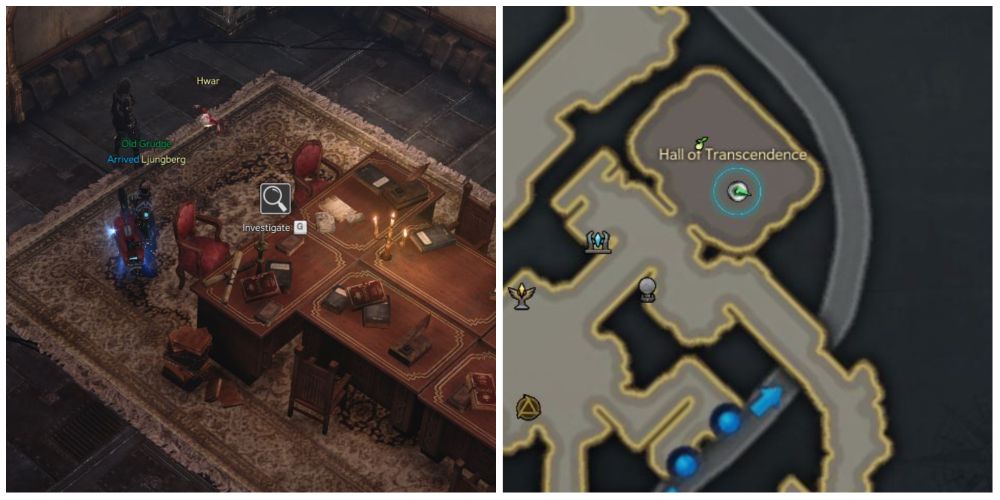 Head out of this office and back to the crossroads, and go straight across, southeast, into the office opposite. There are six tables pushed together in the centre of the room. Walk over to the middle of the two desks facing you as you come in, and investigate the desk to find part two of the story. 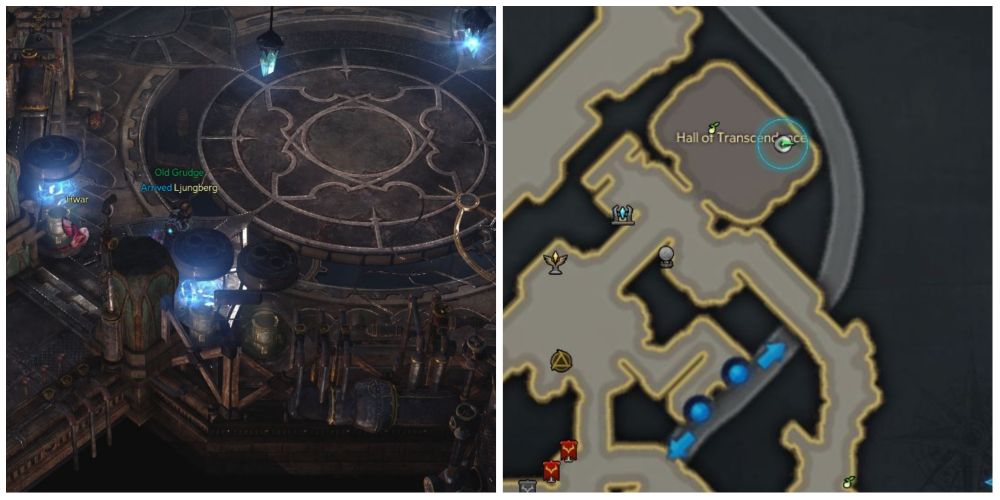 For the final part, go back to the crossroads and head deeper into the halls to the northeast. Take the right turn, go through the next room, and down the stairs into a circular lab. Just as you go in you’ll pass a glowing blue cylinder either side of the door. Clicking them will conclude the story. 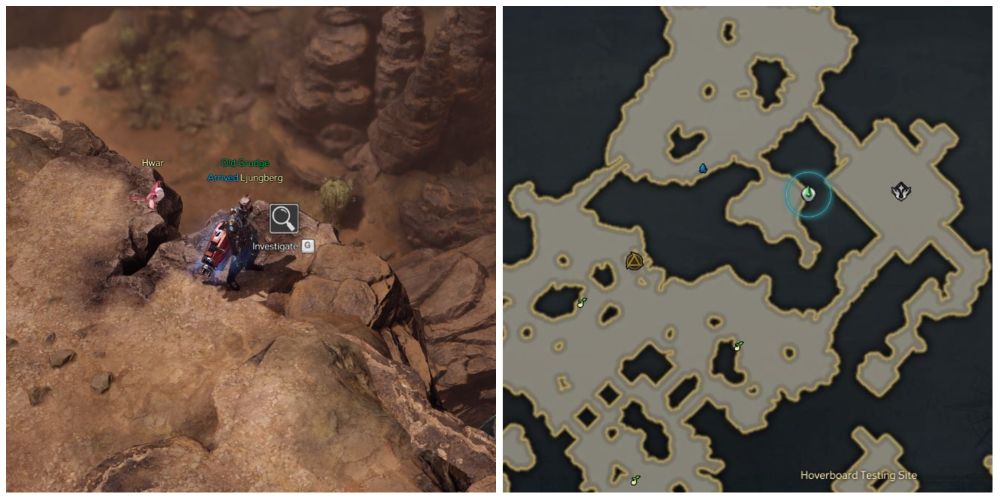 Start out at the Soldier Ant Nest Entrance Triport in Scraplands. There are two exits that lead southeast from this area. Take the more southerly one, that leads to a smaller area – not the one that goes to the Signatus spawn point. As you enter the small area via a thin path, keep to the northern edge and work your way southeast. On the edge of the cliff, you’ll see a piece of paper on the floor. Investigate it to read the RGM Reports. 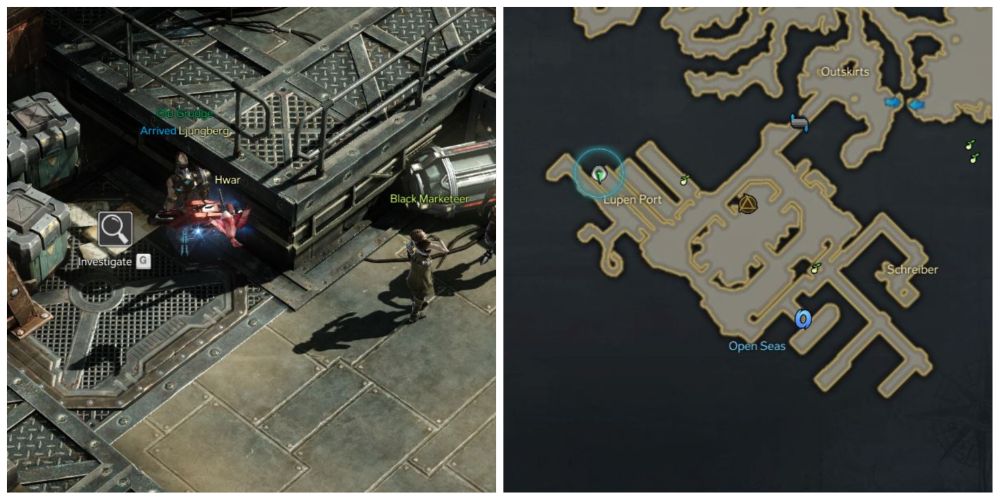 Head west from the Lupen Port Triport in Arid Path, up the short set of steps. Walk southwest past the two train platform entrances and down the next path northwest, just before Shipbuilder Lanchenberg. Go to the very end of this dead-end walkway, past Crosby and the Black Marketeer, and into the corner where you’ll see some crates. On the floor you can investigate some discarded papers, which turn out to be the mind-numbingly bad novel you seek.

To Be A Human – Nebelhorn Hidden Story Location 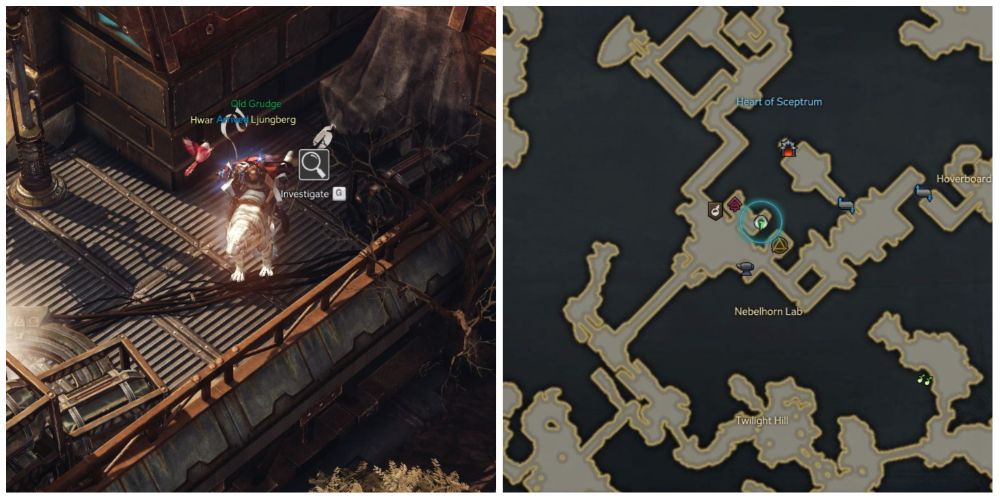 Portal to the Nebelhorn Lab Triport in Nebelhorn. Walk a little way northwest and go up the stairs on your right, just before you get to Lab Director Yulia. Turn right at the top of the steps and walk past the Communicator into the corner. You’ll see some papers on the floor in front of some covered machinery. Read them to discover the hidden story, To Be A Human. 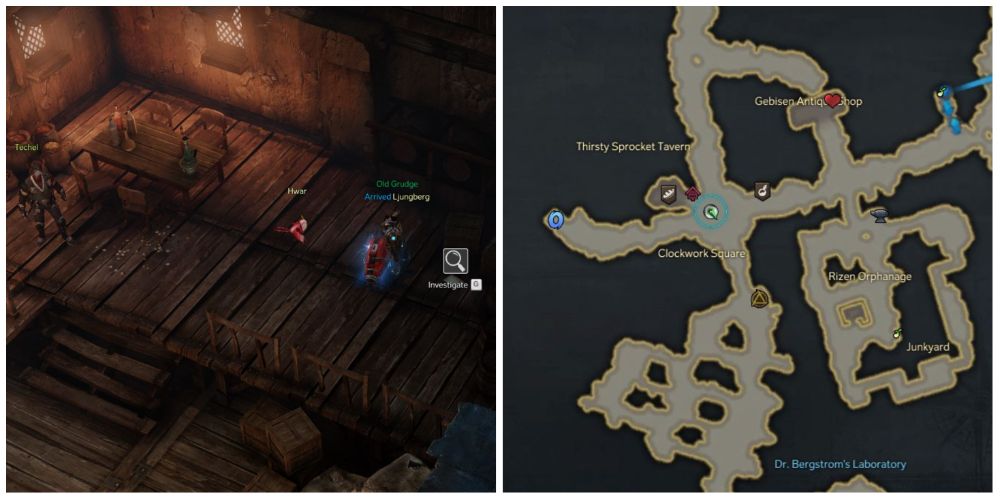 Make your way to the Clockwork Square in Totrich, either via the Triport or from the Windbringer Hills portal. Enter the Thirsty Sprocket Tavern, which is on the northwest corner of the square. Once inside, go right and up the steps past Techel, then right again into the corner. You’ll see a note on the floor in front of some boxes and barrels – and your Welcome to Arthetine is written on it.

Tfue Returning To Destiny For Trials This Week