It’s not the fastest ramp for a mobile game, and for Madfinger, it’s not even a super-successful launch. But it shows once again that the studio can still create products that appeal to hardcore fans who enjoy games with console-like graphics on mobile devices. With this approach, the Czech Republic studio has been able to generate more than 50 million downloads for the Shadowgun franchise and grow to more than 100 employees.

The latest game pits five human players against five others in a multiplayer shootout. Other games in the series include Shadowgun, Shadowgun: Deadzone, and Shadowgun Legends. It also created games such as Unkilled, Dead Trigger, and Dead Trigger 2. Altogether, the company’s games have racked up more than 250 million downloads. In an interview with GamesBeat, Madfinger Games CEO Marek Rabas said that most of this has come organically, without a lot of paid user acquisition.

A focus on free-to-play mobile shooters

Rabas has been working in games since 2000. At first, he was developing Quake mods, then he worked at big triple-A console/PC studios such as Epic Games and 2K Games. But the game veteran grew tired of making huge games with big teams, with lots of producers working for publishers.

“We wanted to to be on our own, with full accountability and responsibility for creating games,” Rabas said.

While the iPhone was a smashing success, it debuted in a recession, and it wasn’t easy to find investors in the Czech Republic at the time. Rabas and his team fell in love with the iPhone, and he formed Madfinger Games in 2010. But they did get lucky with one seed investor, who have them money to get started. They had exactly 11 months worth of money to finance a game. Rabas served as a programmer as well as the CEO. They created Samurai: Way of the Warrior, and followed that up with Samurai II: Vengeance.

“We made a profitable game as our first title, and that helped us get off the ground,” Rabas said.

The company got featured by partners such as Unity Technologies, maker of the Unity game engine, because it pushed the limits for graphics on mobile devices. Madfinger Games could showcase what the Unity technology could do on a mobile device. The Samurai platform was created by a team of four. They grew to 12 people, and then they began to work on Shadowgun. When it debuted in 2011, the game sold more than a million copies.

In 2012, the company moved to the free-to-play model, with a focus on a first-person shooter title. The result was Dead Trigger, which became a huge hit, with 70 million organic downloads. The game got promoted everywhere, and it got awards from partners like Unity for technical achievement.

Then Madfinger moved on to a multiplayer game, Shadowgun Deadzone. It was a huge success, with 40 million downloads. But it felt it didn’t make as much money as it could have. So the studio tried to better understand free-to-play concepts to figure out how to monetize their efforts.

Their next effort was Dead Trigger 2, which debuted in 2014 and turned out to be the company’s most successful free-to-play game thanks to a solid control scheme for shooting. The game got more than 100 million downloads, and it helped the company grow to 40 people. The company did not spend money on user acquisition; it found the games were viral because the visuals were so pretty that people decided to share them.

“The monetization was a lot better than our previous games,” Rabas said. “And the graphics themselves served as our user acquistion.”

The next title, Monzo (a digital model-building game), wasn’t so lucky, as it didn’t really have a good monetization scheme.

“We thought it was a good achievement, but completely different from what we had done in the past,” Rabas said.

Madfinger moved on to games such as Unkilled, a zombie shooter which had 35 million downloads starting in 2015, and it helped the company move into player-vs.-player (PvP) multiplayer combat.

The most ambitious project was Shadowgun Legends, inspired by Bungie’s Destiny on the console and the PC. The team tried pushing the graphics even more with console-quality graphics on mobile. It had hundred of single-player missions, with PvP, and also scored many awards. The title took three years with a team of 100 people. While it did good, it was hard to make it successful and balance the gameplay as a PvP mobile game.

And that brings us to Shadowgun Legends. 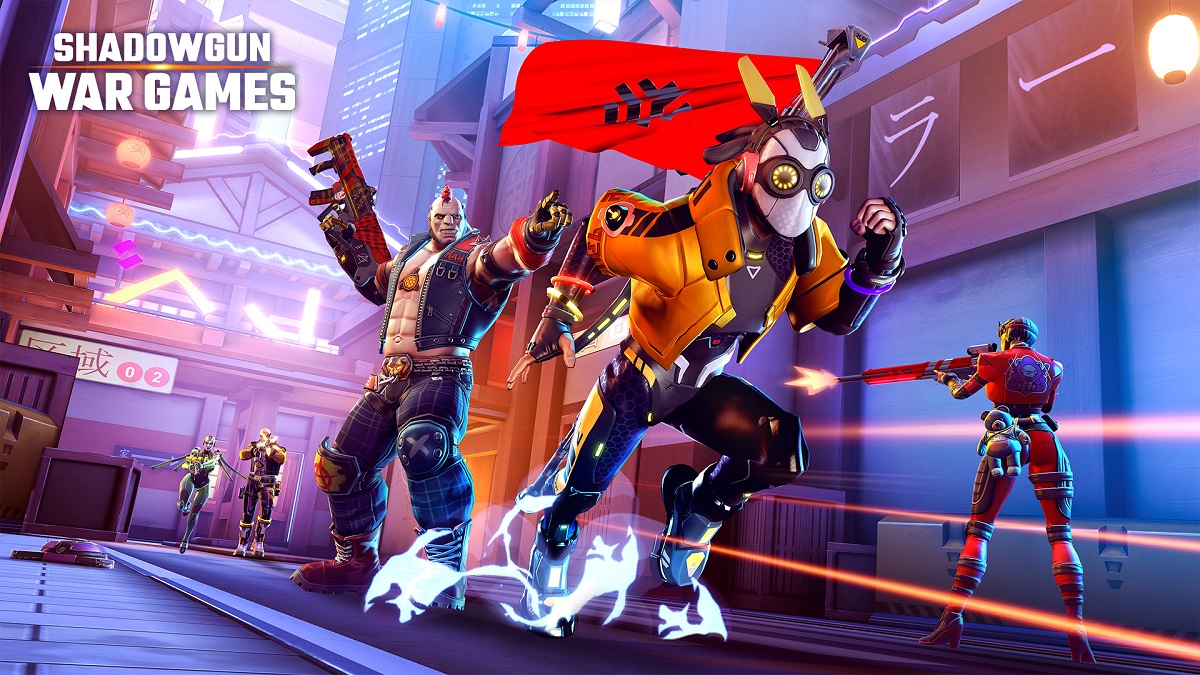 Above: Shadowgun War Games is a bit like Overwatch on mobile.

In Shadowgun War Games, players can choose from a gallery of heroes, each with unique personalities and skills to match their play style. With an emphasis on quick pick-up-and-play action, Shadowgun War Games is another example of a console-quality team-based action game for everyone with access to a mobile device.

Madfinger uses the Unity game engine to help Shadowgun War Games scale its performance to ensure smooth visuals and gameplay across the widest possible range of mobile handsets. The art style was inspired in part by Overwatch, which has a more accessible approach because it isn’t as demanding as other high-end 3D games. Shadowgun War Games has art that is more cartoonish.

“We are inspired by other games as we play them a lot, but we never outright copy anything,” Rabas said.

But competition is tough right now, with hot rival games such as Call of Duty: Mobile from Tencent and Activision Blizzard.

But Rabas believes that Call of Duty: Mobile’s success (topping 150 million downloads) will foster more appetite for high-quality games on mobile for hardcore players. Those players will consume a lot of titles, not just one, he said.

“It has motivated us to do something really cool to fight against these guys,” Rabas said. “We are trying to make those super hardcore games on the mobile, and we have done it for 10 years. But we never had the power of Tencent or Activision to change the market. We are happy that games like Fortnite, PUBG, and CAll of Duty: Mobile are on the market. They’re educating the market for us.”

On top of that, as an indie that owns its own game properties, Rabas said, “We can do something crazy if we want to.” 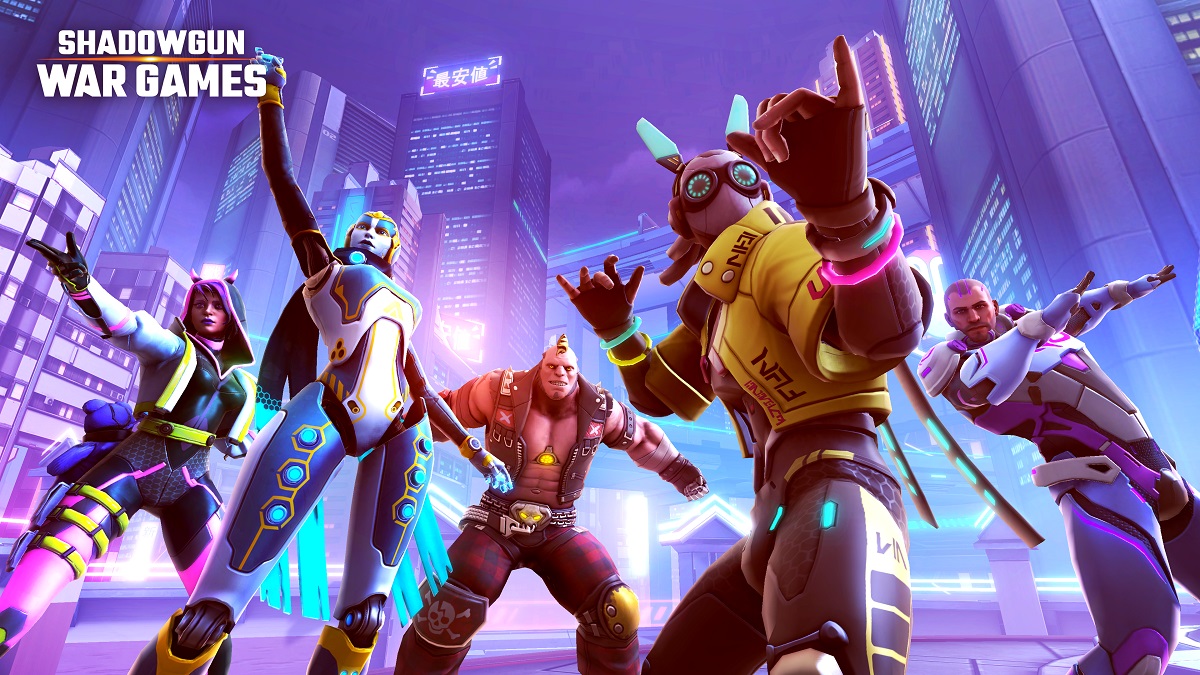 Above: Shadowgun War Games can have more zany characters than other games.

With Shadowgun War Games, the company wants to prove that a smaller team (yes, 100 people is a small team for this kind of mobile game) can also create the highest-quality hardcore game.

“We hope that every indie can see us as an example that mobile is still very suitable for indie games,” Rabas said.

The Shadowgun War Games title debuted on February 13. It had some issues at the beginning with matchmaking and connectivity, but the team has steadily chippped away at those problems.

“The core mechanics are working and people are happy, but they were disappointed with the stability of the connection,” Rabas said.

Madfinger Games is busy working on a new season of content for Shadowgun War Games, with a load of new features like ranking systems, leagues, and modes such as controlling zones (Domination). It will eventually get started on a new game.

As for the Czech Republic, the country doesn’t have as many game studios as Montreal or Helsinki, but it does feature some big companies such as Bohemia Interactive, Hangar 13, Warhorse Studios, and others. Local governments are working on supporting companies because the studios create jobs.

Call Of Duty: Warzone Is Likely Coming To Mobile