Whether you're just wanting to grab a few freebies or need to squeeze every last drop out of Dominaria United, here is everything you need to know about the Dominaria United Mastery Pass.

What Is The Magic: The Gathering Arena Mastery Pass? 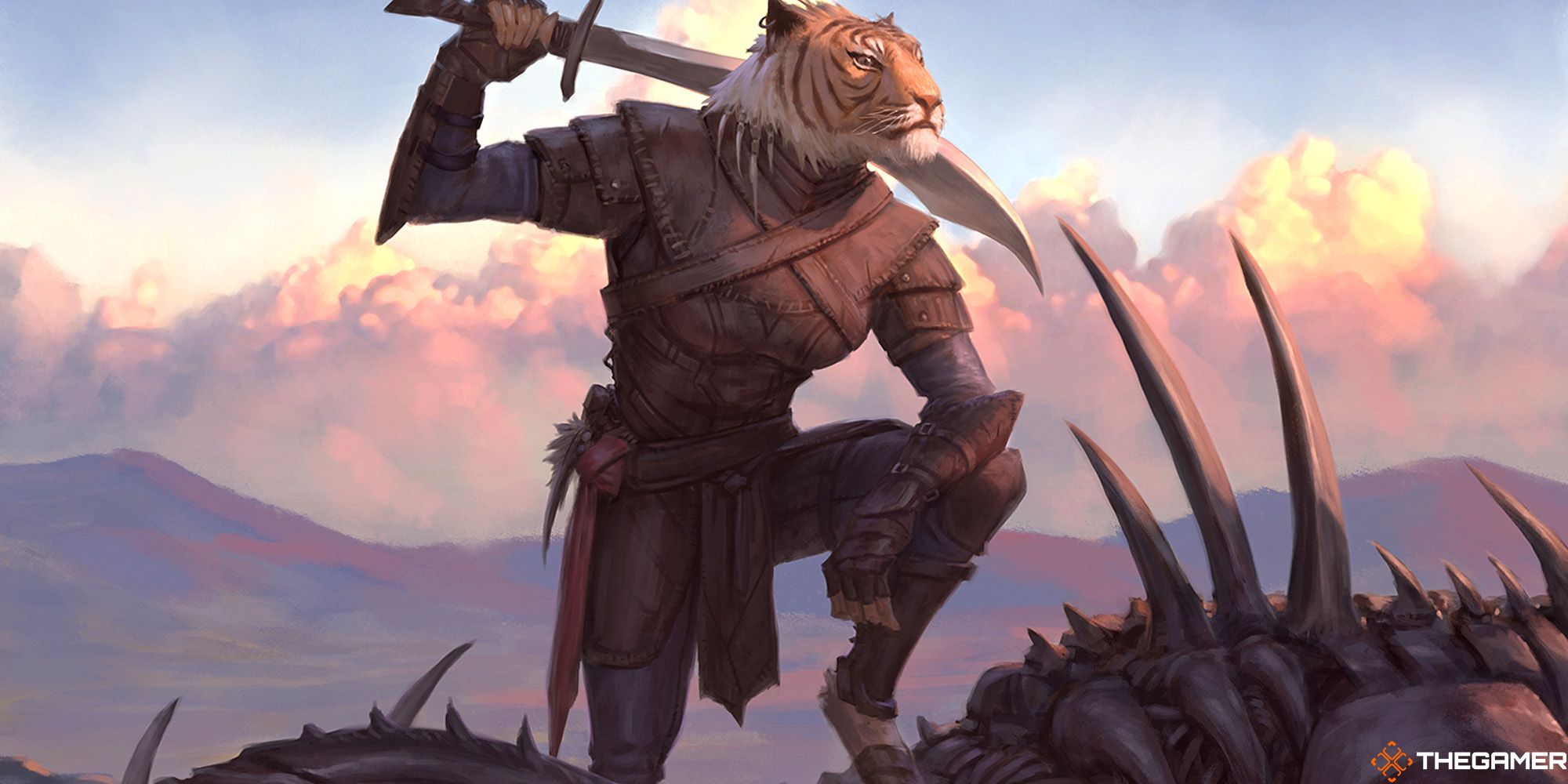 MTG Arena's Mastery Pass is its own take on the free-to-play staple, the Battle Pass. If you've played any free-to-play game in the last few years, whether it be Fortnite, Apex Legends, or Yu-Gi-Oh! Master Duel, you're likely already aware with how the Mastery Pass works.

Each season of the game (tied to its latest major set release) features a new, two-track Mastery Pass. The first track is freely available to everyone, and includes things like booster packs for the new set (in this case, Dominaria United), and "Mastery Orbs".

The second track is for players who've paid to unlock the full pass, and includes a lot, lot more. Not only does it have booster packs from the most recent set, it also includes packs for every set in the current Standard rotation (Innistrad: Midnight Hunt to Dominaria United), more cosmetic "Card Styles", gold, gems,and Mastery Orbs. 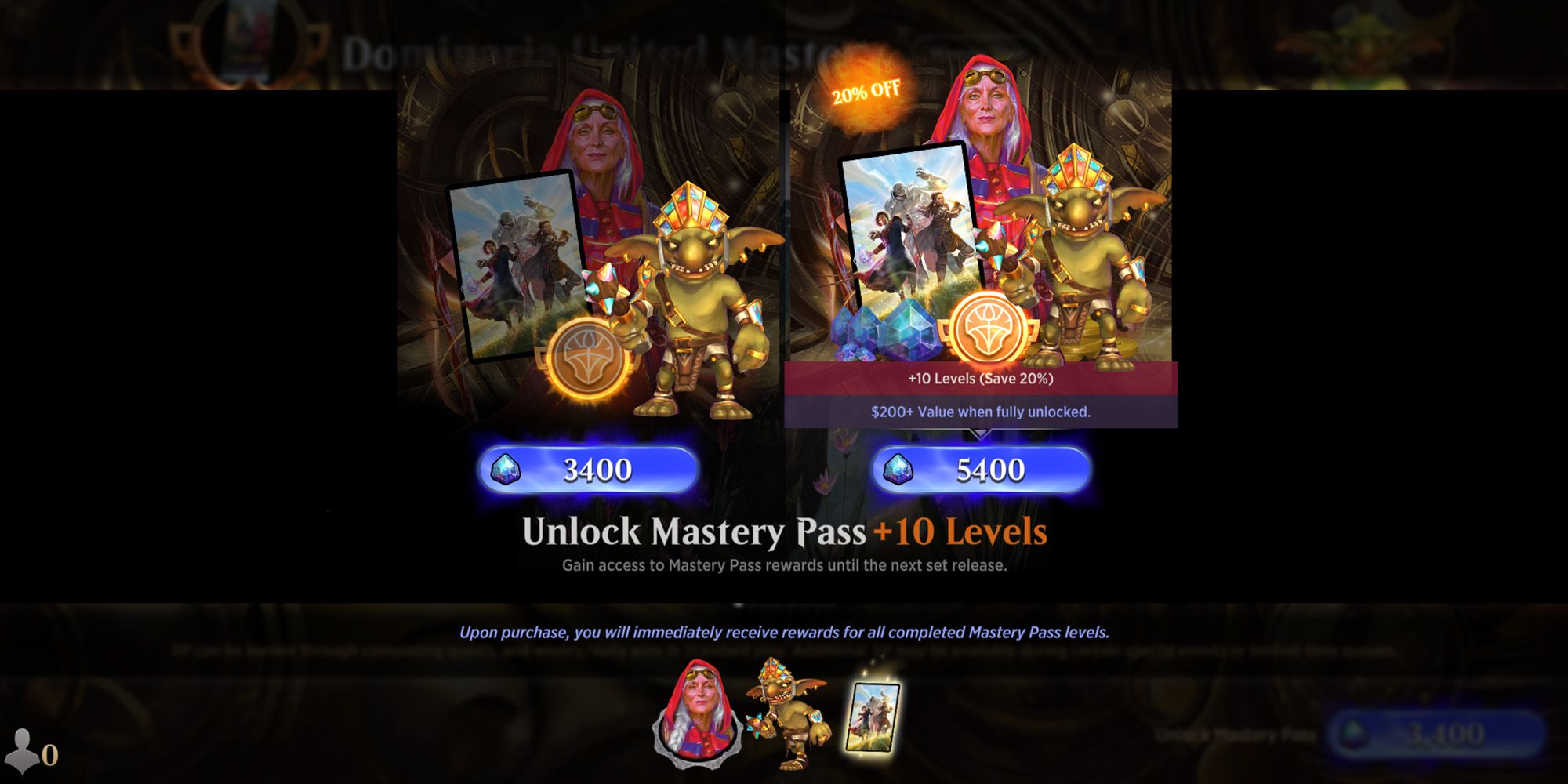 Both the free and unlocked Mastery Pass tracks sometimes give you something called a "Mastery Orb". These are used to unlock cosmetics on a third series of rewards, called the Mastery Tree. Instead of a linear progression like the pass, the Tree allows you to unlock cosmetics related to each of the five colours in any order you like.

There are five tracks – one for each colour – with each featuring six rewards. To unlock the full Mastery Tree, you need a total of 30 Mastery Orbs, which is equivalent to completing the entire free and paid pass.

You can purchase the Mastery Pass for 3400 gems in the in-game store, or unlock it and the first 10 levels for 5400. Keep in mind that unlocking the Mastery Pass is retroactive – once you have paid to unlock it, you'll receive the rewards for every level you previously missed out on as well.

How To Level Up The Mastery Pass 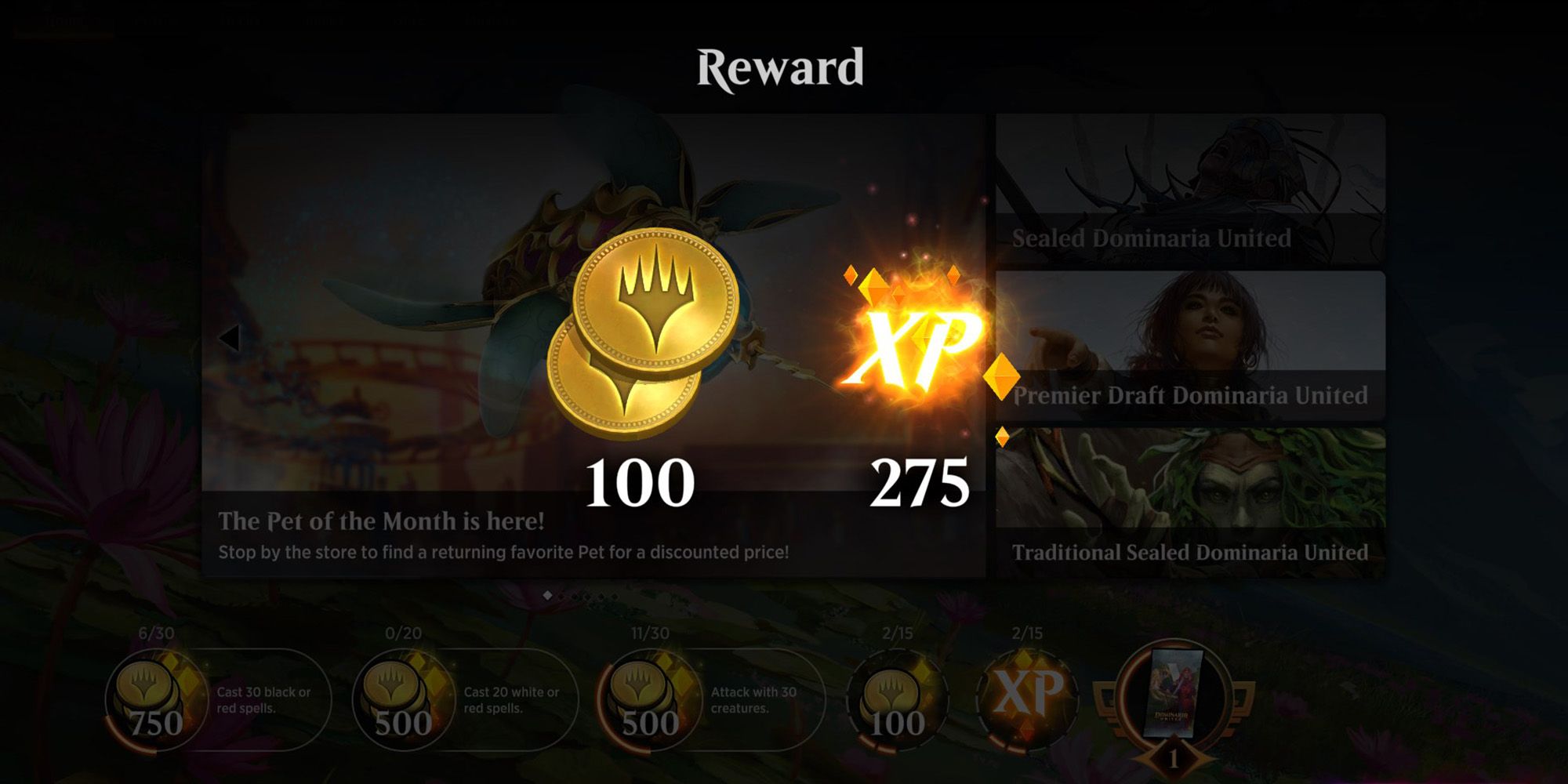 To rank up your Mastery Pass and unlock the rewards, you'll need to gain Mastery XP. This can be done in three ways: 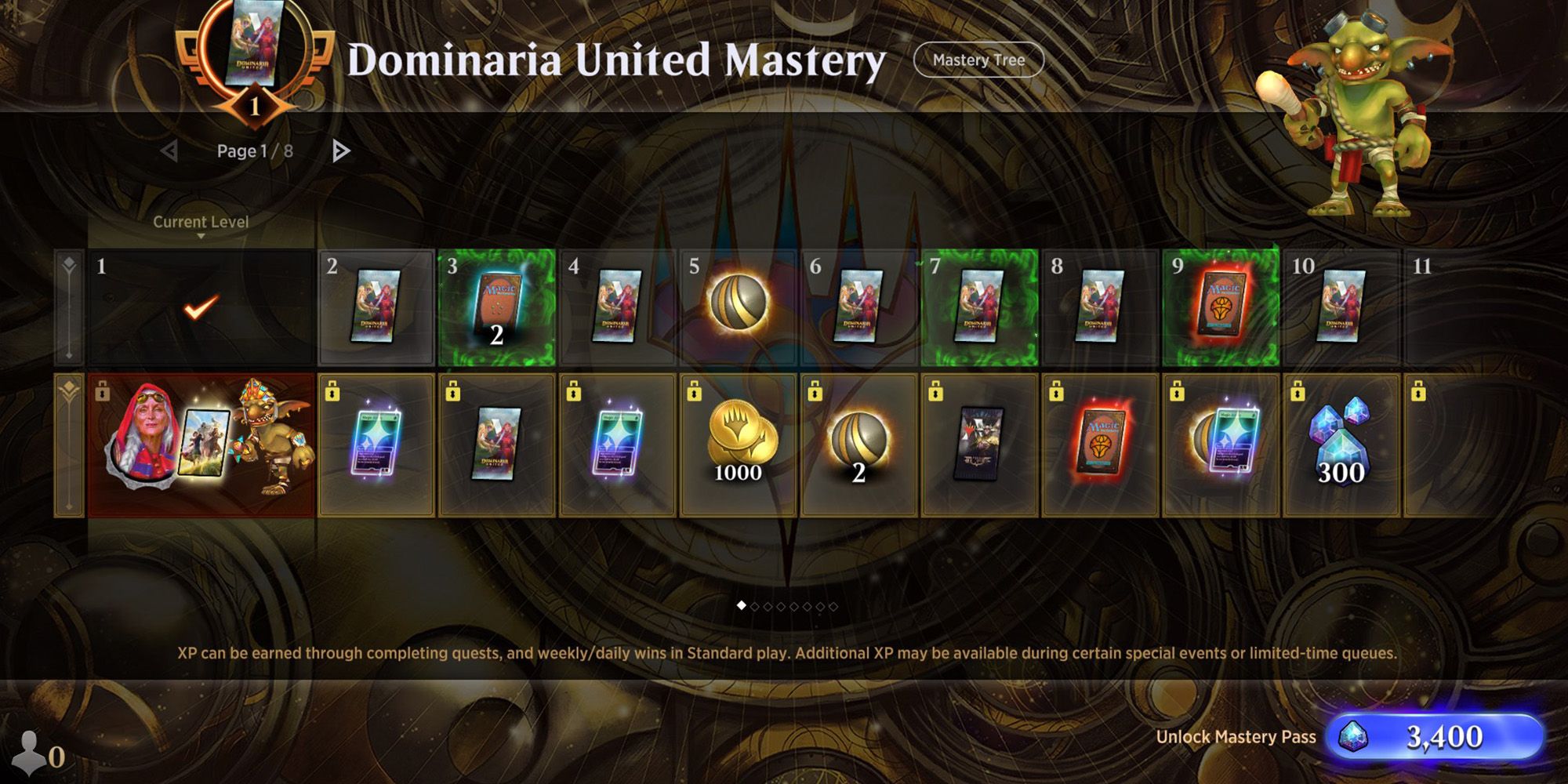 In a first for MTG Arena's Mastery Passes, you can now unlock cards themselves by ranking up.

While the free track of the Mastery Pass ends at level 66, the paid track will continue indefinitely, with every level past 80 rewarding you with an Uncommon Card Reward. 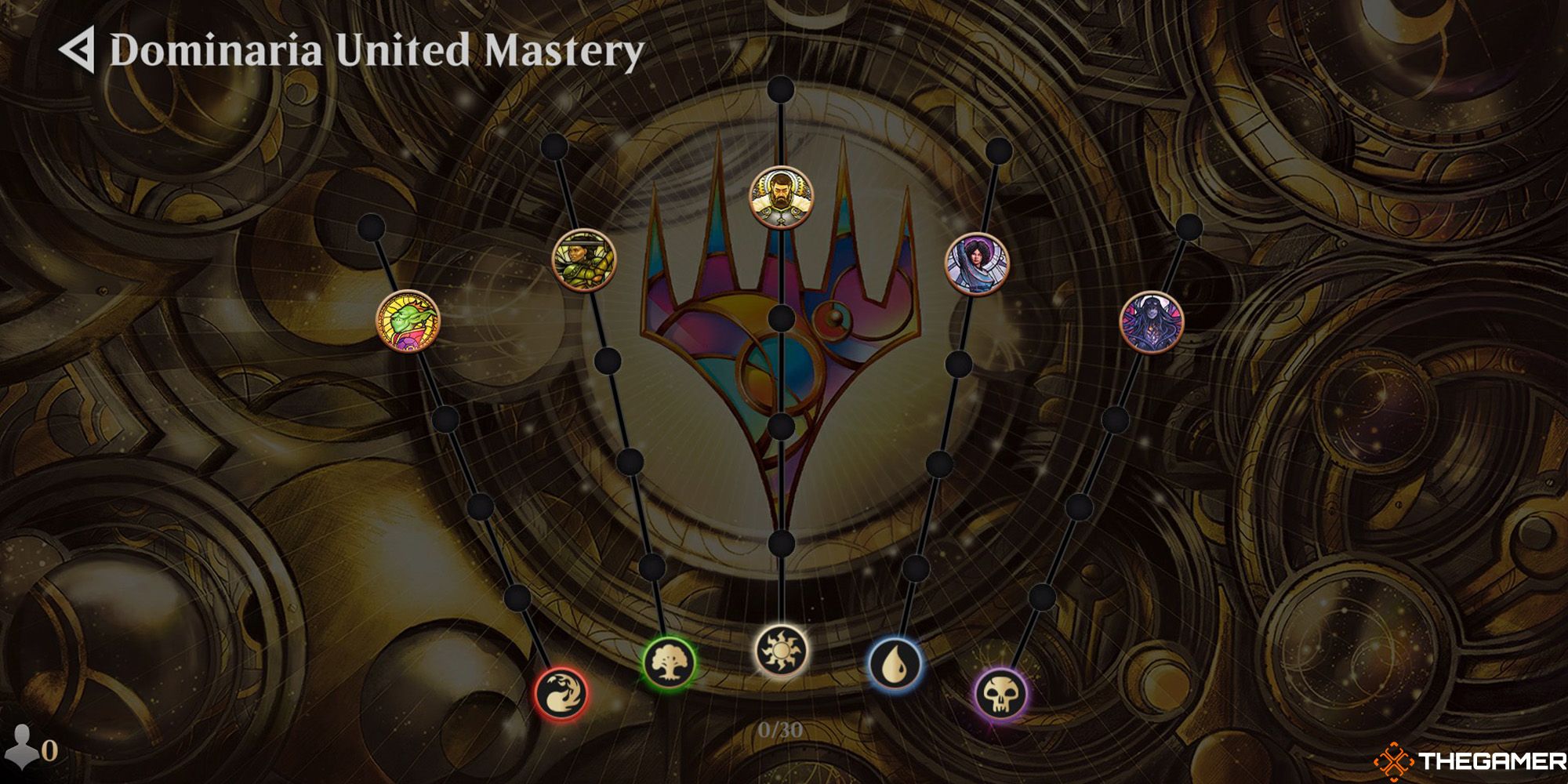 Unlocked using the Mastery Pass's Mastery Orbs, each of the unlockables in the Mastery Tree are Card Styles – cards with borderless, three-dimensional art. However, there are also four sleeves that can be unlocked at the fifth level of each of the Tree's branches, each based on Dominaria United's stained glass showcase frame.