Marvel’s Avengers was judged by fans and critics right out of the gate in 2019 when an official trailer showcased the character models for lead members Captain America, Black Widow, Hulk, Iron Man, and Thor. After a bombardment of comments about the team looking like discount versions of their cinematic counterparts, the game was lambasted until its developer Crystal Dynamics made improvements on the models and released a beta version.

The beta happened to cover the title’s A-Day event, a section we played at last year’s New York Comic-Con, where we also got to play as Kamala Khan. We were thoroughly impressed at the time, as this section of the game highlights each varied gameplay style of the Avengers. It featured the detailed and sunny location of San Francisco’s Golden Gate Bridge, and the sequence felt very cinematic. However, this variation is found nowhere else in Marvel’s Avengers, as most of the gameplay turns into a button-mashing slog that’s as mundane as the cookie-cutter levels you’re also presented with.

The campaign itself features a serviceable story. Due to the disastrous events that took place on A-Day, a bunch of people unexpectedly develop superpowers all across the American West Coast, including Kamala Khan. The Avengers are blamed for the incident and disband while these new “Inhumans” are treated as dangerous test subjects. The villainous AIM corporation takes over as the world’s new protectors and is on a mission to track down every inhuman for its own nefarious plans.

Although the game is called Marvel’s Avengers and was advertised allowing you to play as the core members of the superhero group, the main character is Kamala. She’s a teen who serves as an audience surrogate for the game, constantly in awe of the hero team she’s admired her whole life. But her fangirl personality can be grating, as it sometimes veers into the over-obsessive. There are some cool moments in the campaign that remind us of the captivating dynamic of these heroes, but at other times the circumstances feel as if Kamala wrote the game as one of her submitted fanfics from the opening sequence. She’s living out every Marvel fan’s dream, and at times it sort of feels artificial, like something out of the upcoming Avengers Campus at Disneyland.

The A-Day section of the title happens at the start of the game, and it introduces the variation between each character. Iron Man has flight combat, the Hulk has tanky mechanics and destructive fighting force. Thor is similar to both Iron Man and Hulk in that he’s capable of flight and destruction. Captain America and Black Widow focus heavily on hand to hand combat, with the only difference being their speed and projectile weapons. Newcomer Kamala Khan is nimble and powerful at the same time due to her ability to stretch and make herself larger. Although each character has enough variations to feel different, gameplay revolves around doing the same thing, which is to constantly brawl waves of mechanical enemies. 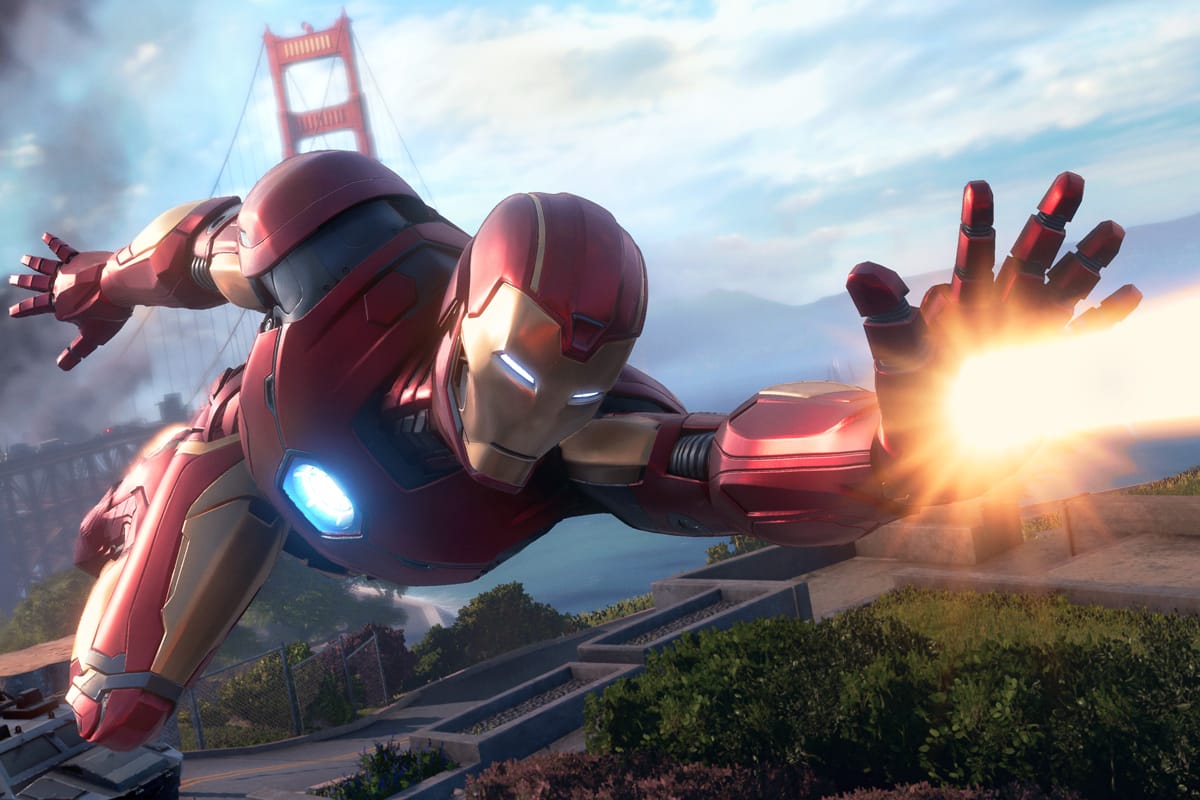 Objectives are often lather, rinse and repeat: A fetch quest here, an enemy to defeat to open a room full of loot there, and timed puzzles to access secret rooms. The locations are grand, but feel empty and shallow. Similarly, sequences that inject stealth and platforming to the formula feel unpolished and do little to break up all the constant brawling players will be doing. The combat itself is similar but not as smooth as contemporary superhero titles like the Batman Arkham series or 2018’s Spider-Man, which makes fighting waves of bad guys even more of a chore.

Marvel’s Avengers also has an RPG element that’s tiresome as well. Characters have massive skill trees to unlock new techniques. This is similar to the level up system in most games of the genre, but the grind to earn the points to unlock those techniques have no intrinsic reward to it since the gameplay is so bland. Players can also tweak the stats of their characters by equipping them with gear found in combat or bought with resources collected throughout levels. But gear doesn’t subtly change your character cosmetic and the system can be a bit daunting when all you want to do is get back to the action. We found ourselves just equipping higher level gear to meet the requirements of an upcoming objective, as sections of the game recommend characters be at a certain level. 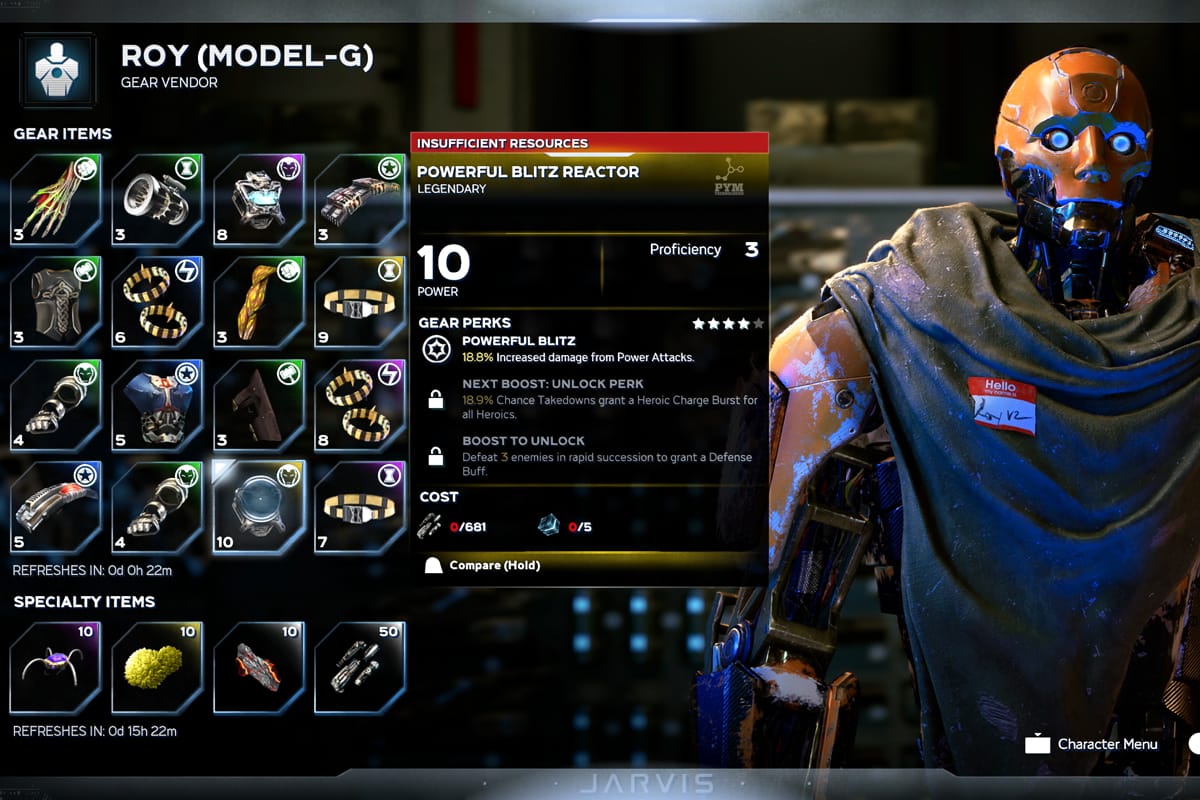 The other portion of what this title provides is its “games as a service” multiplayer mode, which will allow publisher Square Enix to monetize the game for years to come with new characters, missions, and skins. The mode as it stands basically offers repurposed missions from the campaign. Because of this, it feels like this mode is a work in progress that promises more variety in the future. There are also several visual mishaps that happen throughout the game, from clipping, slowed down framerates, slow rendering speeds, and glitches, even during cutscenes. And because the game is always online due to its “GaaS” format, these incidents are exacerbated even further with costume changes making character models disappear for prolonged periods of time.

Marvel’s Avengers feels like it was supposed to be a single-player experience that Crystal Dynamics was forced to make into a profitable multiplayer utilizing the ever-popular Avengers IP. And in this age of COVID-19 and no new Marvel content following Endgame, it feels like Enix thought it’d reap the same fervor upon release. And that could end up being true. However, in terms of quality, the game does not hold up to the standard of recent Marvel IPs.
Source: Read Full Article

Magic The Gathering Reveals 2021 Sets And A Walking Dead Card