There’s a heroic tale and a bunch of tricky tactical turn-based battles to be had in Marvel’s Midnight Suns. You’ll take three heroes into each battle, including many Marvel favorites such as Iron Man, Spider-Man, and Captain Marvel. But the story here goes deeper than just bashing some heads.

Your heroes are based at an abbey that hides secrets about your main character The Hunter’s past. As you explore the grounds, more areas open up revealing a series of side quests that have you hunting for objects relating to your own origins story. One quest you discover is an unknown grave in the forest. Here’s how to solve the mystery. 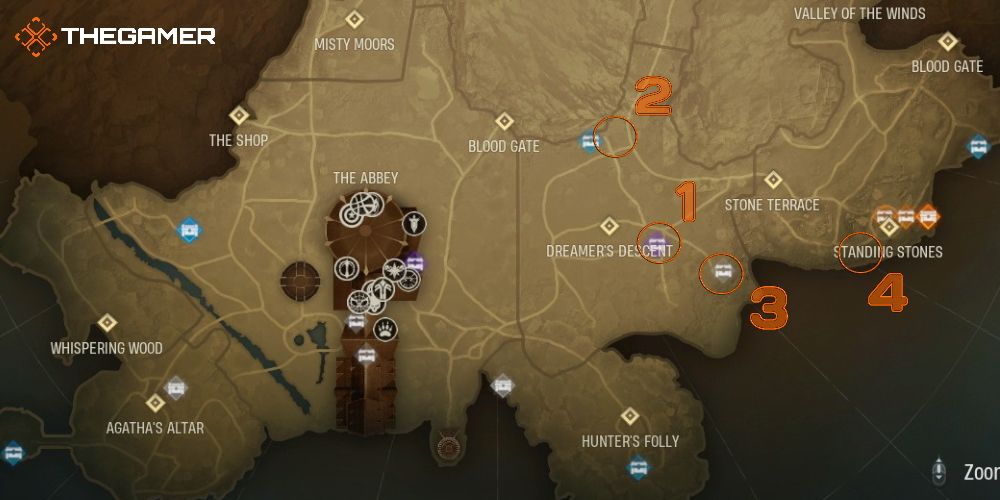 You won’t be able to begin this quest until you have the first Word of Power, Open. Once you do, use it to break down the stone barrier directly east of the Abbey.

Leave the Abbey as if going to Hunter’s Folly, but take the left fork rather than the right. After destroying the barrier, follow the path through the wall and stay on it as it turns north. Take the second east-facing path (going across just above where Dreamer’s Descent is written on the map) until you come to the grave on your right.

You’ll get a short cutscene and an introduction to the Unknown Grave Mystery.

Note that there is one doll left on the grave, which you remember you made of your father. Your job is to find three more dolls you made in the past and work out the mystery behind them. 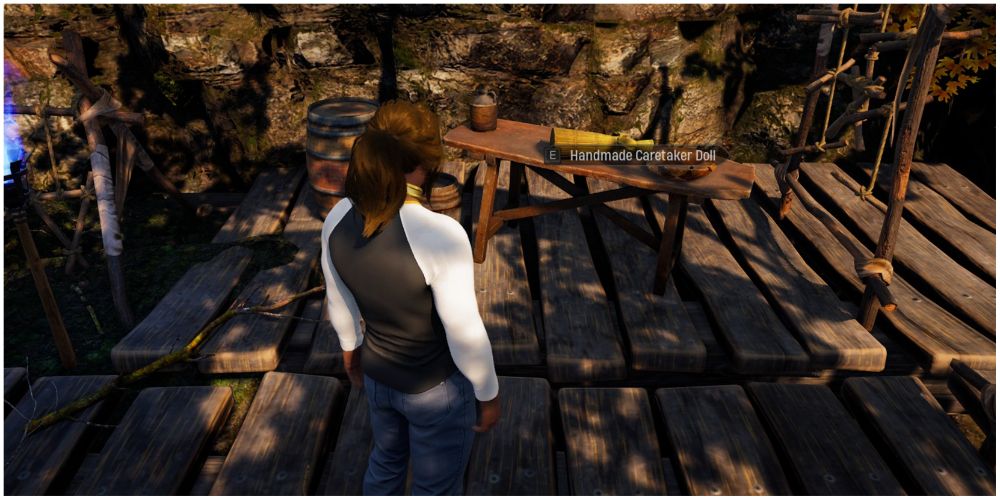 Take the mud path opposite the grave, a little to the left, and follow it uphill and across some constructed wooden decking. On the other side, turn right on the decking to a table where you’ll find the first doll (of the Caretaker). 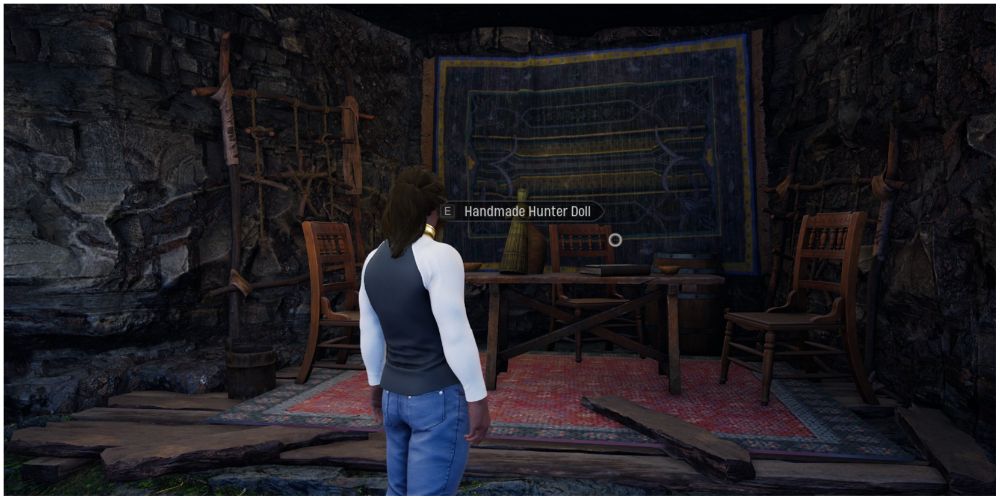 Starting out from the unknown grave, take the dead-end path heading uphill southeast that’s just to the right of the wider path leading up some better-defined steps. The path ends at a table and chairs on a rug, under the cover of some rock. On the table, you’ll find the Handmade Hunter Doll. 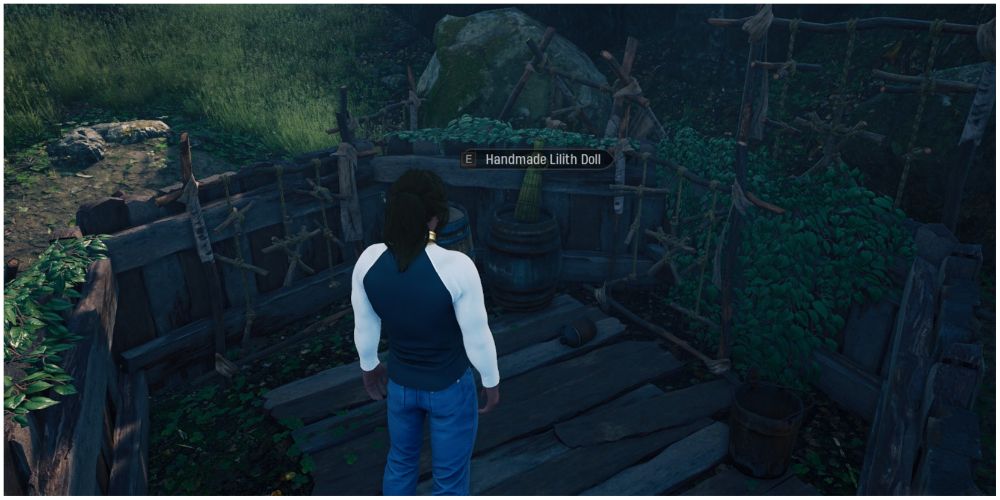 The third doll is a little further away. From the unknown grave, head up the steps along the wide path that goes directly northeast. At the top, there’s another wall you’ll need to take down with Power Word, Open (if you haven’t already). This takes you to Stone Terrace. Stay on the well-defined path until you get to some steps that lead up to the Standing Stones. Instead of going up, take the small path right. At the end of the path, you’ll find your old play fort. And in it, the Handmade Lilith Doll. 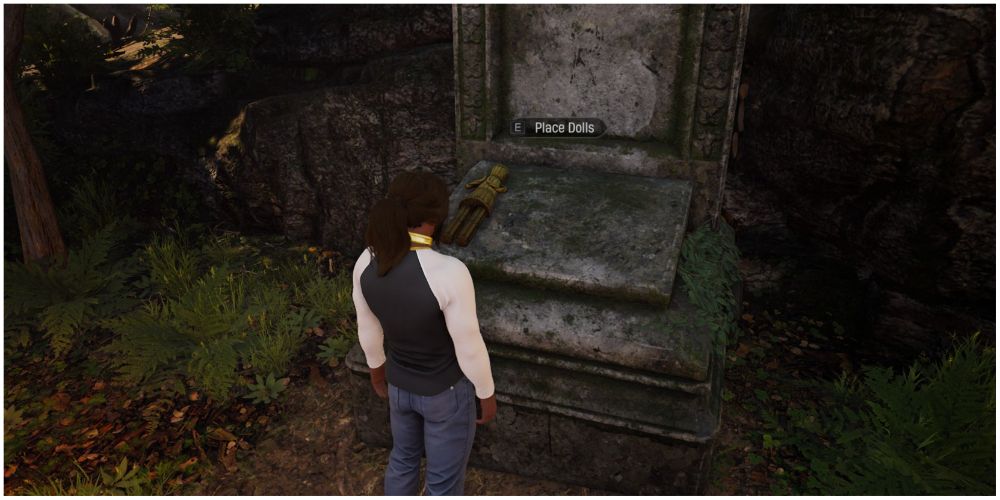 Once you have all three dolls, return to the grave. You’ll now have the option to place dolls (that won’t happen until you have all three). Once you do, the Caretaker will arrive at the grave and fill in some details about your past. And better still, an Epic Arcane Chest will appear next to the grave, and you’ll be rewarded with an Arcane Key to open it with, plus 10 Arcane Knowledge.

Open source NLP is fueling a new wave of startups

Final Fantasy 16 Confirmed To Appear At The Game Awards