In June, Naver, the Seongnam, South Korea-based company that operates the eponymous search engine Naver, announced that it had trained one of the largest AI language models of its kind, called HyperCLOVA. Naver claimed that the system learned 6,500 times more Korean data than OpenAI’s GPT-3 and contained 204 billion parameters, the parts of the machine learning model learned from historical training data. (GPT-3 has 175 billion parameters.)

HyperCLOVA was seen as notable achievement because of the scale of the model and because it fits into the trend of generative model “diffusion,” with multiple actors developing GPT-3-style models, like Huawei’s PanGu-Alpha (stylized PanGu-α). The benefits of large language models — including the ability to generate human-like text for marketing and customer support purposes — were previously limited to English because companies lacked the resources to train these models in other languages.

In the months since HyperCLOVA was developed, Naver has begun using it to personalize search results on the Naver platform, Naver executive officer Nako Sung told VentureBeat in an interview. It’ll also soon become available in private beta through HyperCLOVA Studio, a no-code tool that’ll allow developers to access the model for text generation and classification tasks.

“Initially used to correct typos in search queries on Naver Search, [HyperCLOVA] is now enabling many new features on our ecommerce platform, Naver Shopping, such as summarizing multiple consumer reviews into one line, recommending and curating products to user shopping preferences, or generating trendy marketing phrases for featured shopping collections,” Sung said. “We also launched CLOVA CareCall, a … conversational agent for elderly citizens who live alone. The service is based on the HyperCLOVA’s natural conversation generation capabilities, allowing it to have human-like conversations.”

Training HyperCLOVA, which can understand English and Japanese in addition to Korean, required large-scale datacenter infrastructure, according to Sung. Naver leveraged a server cluster made up of 140 Nvidia SuperPod A100 DGX nodes, which the company claims can deliver up to 700 petaflops of compute power.

It took months to train HyperCLOVA on 2TB of Korean text data, much of which came from user-generated content on Naver’s platforms. For example, one source was Knowledge iN, a Quora-like, Korean-language community where users can ask questions on topics to receive answers from experts. Another was public blost posts from people who use free web hosting services provided through Naver. 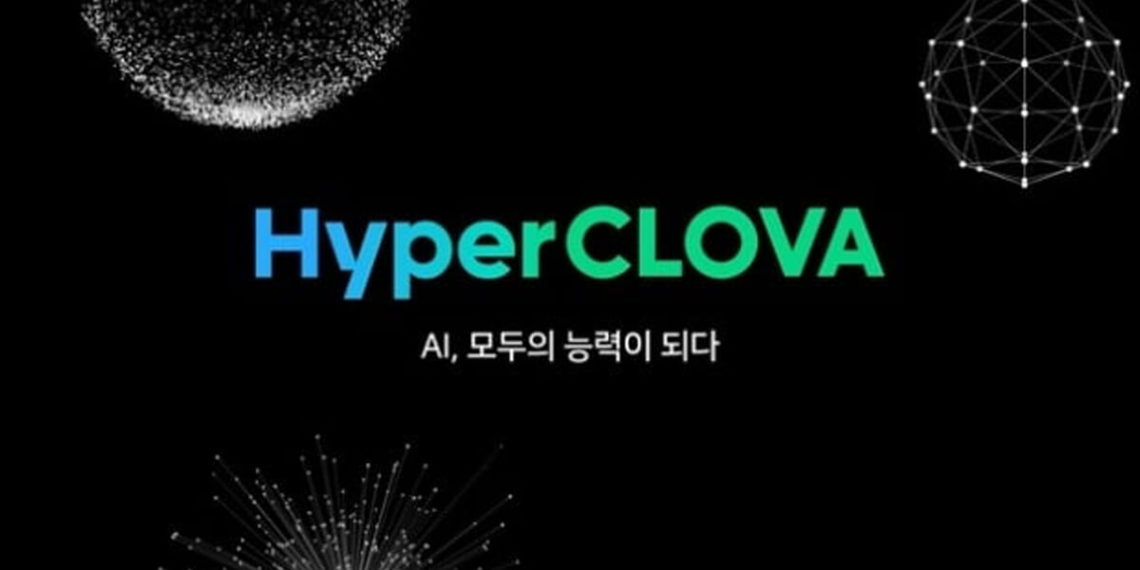 Sung says that this differentiates HyperCLOVA from previous large language models like GPT-3, which have a limited ability to understand the nuances of languages besides English. He claims that by having the model draw on the “collective intelligence of Korean culture and society,” it can better serve Korean users — and at the same time reduce Naver’s dependence on other, less Asia Pacific-centric AI services.

In a recent issue of his Import AI newsletter, former OpenAI policy director Jack Clark asserted that because generative models ultimately reflect and magnify the data they’re trained on, different nations care a lot about how their own culture is represented in these models. “[HyperCLOVA] is part of a general trend of different nations asserting their own AI capacity [and] capability via training frontier models like GPT-3,” he continued. “[We’ll] await more technical details to see if [it’s] truly comparable to GPT-3.”

Some experts have argued that because the companies developing influential AI systems are predominantly located in the U.S., China, and the E.U., a disproportionate share of economic benefit will fall inside of these regions — potentially exacerbating inequality. In an analysis of publications at two major machine learning conferences, NeurIPS 2020 and ICML 2020, none of the top 10 countries in terms of publication index were located in Latin America, Africa, or Southeast Asia. Moreover, a recent report from Georgetown University’s Center for Security and Emerging Technology found that while 42 of the 62 major AI labs are located outside of the U.S., 68% of the staff are located within the United States.

“These large amounts of collective intelligence are continuously enriching and fortifying HyperCLOVA,” Sung said. “The most well-known hyperscale language model is GPT-3, and it is trained mainly with English data, and is only taught 0.016% of Korean data out of the total input … [C]onsidering the impact of hyperscale AI on industries and economies in the near future, we are confident that building a Korean language-based AI is very important for Korea’s AI sovereignty.”

Among others, leading AI researcher Timnit Gebru has questioned the wisdom of building large language models, examining who benefits from them and who is harmed. It’s well-established that models can amplify the biases in data on which they were trained, and the effects of model training on the environment have been raised as serious concerns.

To address the issues around bias, Sung says that Naver is in discussions with “external experts” including researchers at Seoul National University’s AI Policy Initiative and plans to form an advisory committee on AI ethics in Korea this year. The company also released a benchmark — Korean Language Understanding Evaluation (KLUE) — to evaluate the natural language understanding capabilities of Korean language models including HyperCLOVA.

“We recognize that while AI can make our lives convenient, it is also not infallible like all other technologies used today,” he added. “While pursuing convenience in the service we provide, Naver will also endeavor to explain our AI service in a manner that users can easily understand upon their request or when necessary … We will pay attention to safety during all stages of designing and testing our services, including after the service is deployed, to prevent a situation where AI as a daily tool threatens life or causes physical harm to people.”

Currently, Naver says that HyperCLOVA is being tapped for various Naver services including Naver Smart Stores, the company’s ecommerce marketplace, where it’s “correcting” the names of products by generating “more attractive” names versus the original search engine-optimized SKUs. In another ecommerce use case, Naver is applying HyperCLOVA to create product recommendation systems tailored to shoppers’ individual preferences.

“While HyperCLOVA doesn’t specifically learn users’ purchase logs, we discovered that it was able to recommend products on our marketplace to some extent. So, we fine-tuned this capability and introduced it as one of our ecommerce features. Unlike the existing recommendation algorithms, this model shows the ‘generalized’ ability to perform well on cold items, cold users and cold services,” Sung said. “Recommending a certain gift to someone is not a suitable problem for traditional machine learning to solve. That’s because there is no information about the recipient of the gift … [But] with HyperCLOVA, we were able to make this experience possible.”

HyperCLOVA is also powering an AI-driven call service for senior citizens who live alone, which Naver says it plans to refine to provide more personalized conversations in the future. Beyond this, Naver says it’s developing a multilingual version of HyperCLOVA that can understand two or more languages at the same time and API that’ll allow developers to build apps and services on top of the model.

The pandemic has accelerated the world’s digital transformation, pushing businesses to become more reliant on software to streamline their processes. As a result, the demand for natural language technology is now higher than ever — particularly in the enterprise. According to a 2021 survey from John Snow Labs and Gradient Flow, 60% of tech leaders indicated that their natural language processing budgets grew by at least 10% compared to 2020, while a third — 33% — said that their spending climbed by more than 30%.

“The most interesting thing about HyperCLOVA is that its usability is not limited only to AI experts, such as engineers and researchers, but it has also been used by service planners and business managers within our organization. Most of the winners [in a recent HyperCLOVA hackathon] were from non-AI developer positions, which I believe proves that HyperCLOVA’s no-code AI platform will empower everyone with AI capabilities, significantly accelerating the speed of AI transformation and changing its scope in the future.”

Intel Research: 3D Reconstructing Any Scene From Photos Of It

Bravely Default 2: How To Beat Domenic