Niantic is adding augmented reality features to Pokémon Go that should make the blending of animation and the real world seem more realistic. While Pokémon Go seems like a simple mobile game, it’s so popular and generates so much revenue that the company can invest heavily in AR technology.

These updates will create more realistic AR experiences and continue the company’s efforts toward building the 3D map of the world, said Kjell Bronder, senior product manager at Niantic, in a blog post. The new AR features will roll out to select Pokémon Go players over the next few week with Samsung Galaxy S9, Samsung Galaxy S10, Google Pixel 3, and Pixel 4 phones, with more devices being added in the near future.

Above: Reality blending helps a Pokémon hide behind a tree.

Reality blending will let your Pokémon look better in the real world. Pokémon will be able to hide behind a real object or be blocked by a tree or table blocking its path, just like you would see a Pokémon in the physical world.

As Pokémon Go has grown throughout the years, players have been able to photograph, walk, and play with their AR monsters. 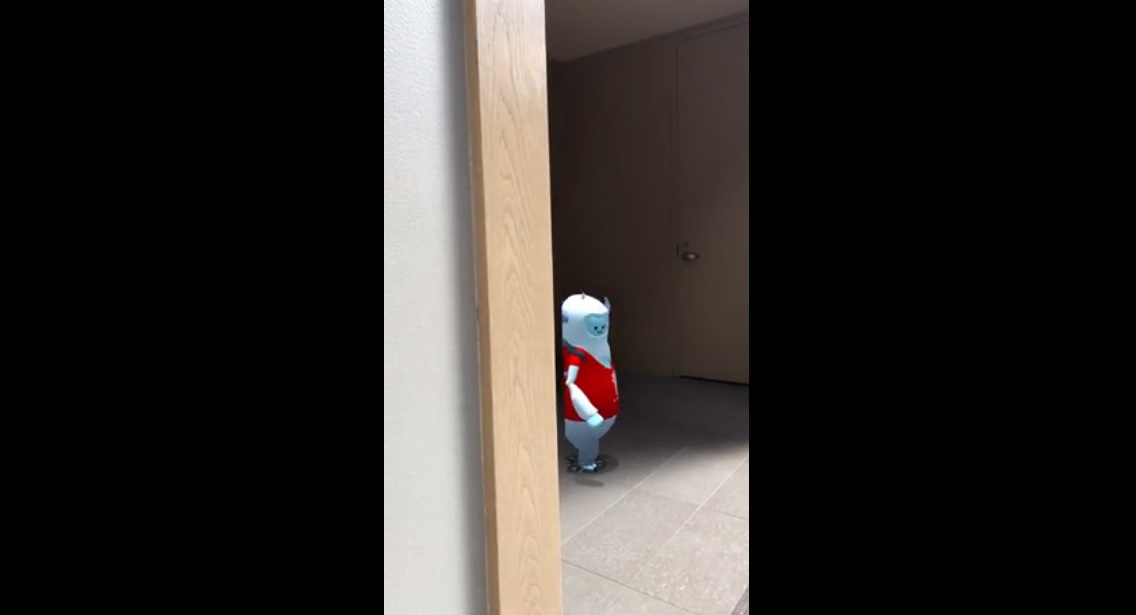 Above: This character is occluded by a real-world wall.

Since Portal Scanning launched in Ingress, agents have scanned hundreds of thousands of points of interest for inclusion in building the 3D map for games and future apps. Niantic is now bringing this opt-in feature to the Pokémon community today with PokéStop Scanning. Scanning will be first available to Pokémon Go Level 40 Trainers in early June before rolling out to more players (by level). Pokémon Trainers will be able to contribute to building 3D maps of their favorite PokéStops and Gyms by walking around their favorite public places and recording a stream of images with their phone.

Techniques such as blurring potentially recognizable objects like faces or license plates are automatically applied to information that Trainers choose to send to Niantic. The studio does not collect or store any personal data in connection with this information, and it’s not tied to specific player accounts, Bronder said.

These images enable Niantic to generate dynamic, 3D maps of PokéStops and PokéGyms that will improve the game’s AR experiences. A machine-readable 3D map of a place gives devices (current mobile phones and future headsets) a better understanding of all the depth and the complexities of the real world.

This will help Niantic tie virtual objects to real-world locations and provide Pokémon with spatial and contextual awareness of their surroundings. For instance, this awareness will help Snorlax find that a patch of grass to nap on or give Clefairy a tree to hide behind.

Turning these people-generated points of interest from 2D images into a dynamic, 3D digital map of the world sparks the evolution of mapping from utilities traditionally oriented around transit (streets and walkways) to more meaningful and valuable location-based information oriented around people’s interests, Bronder said.

The Secrets to Winning at An Online Casino