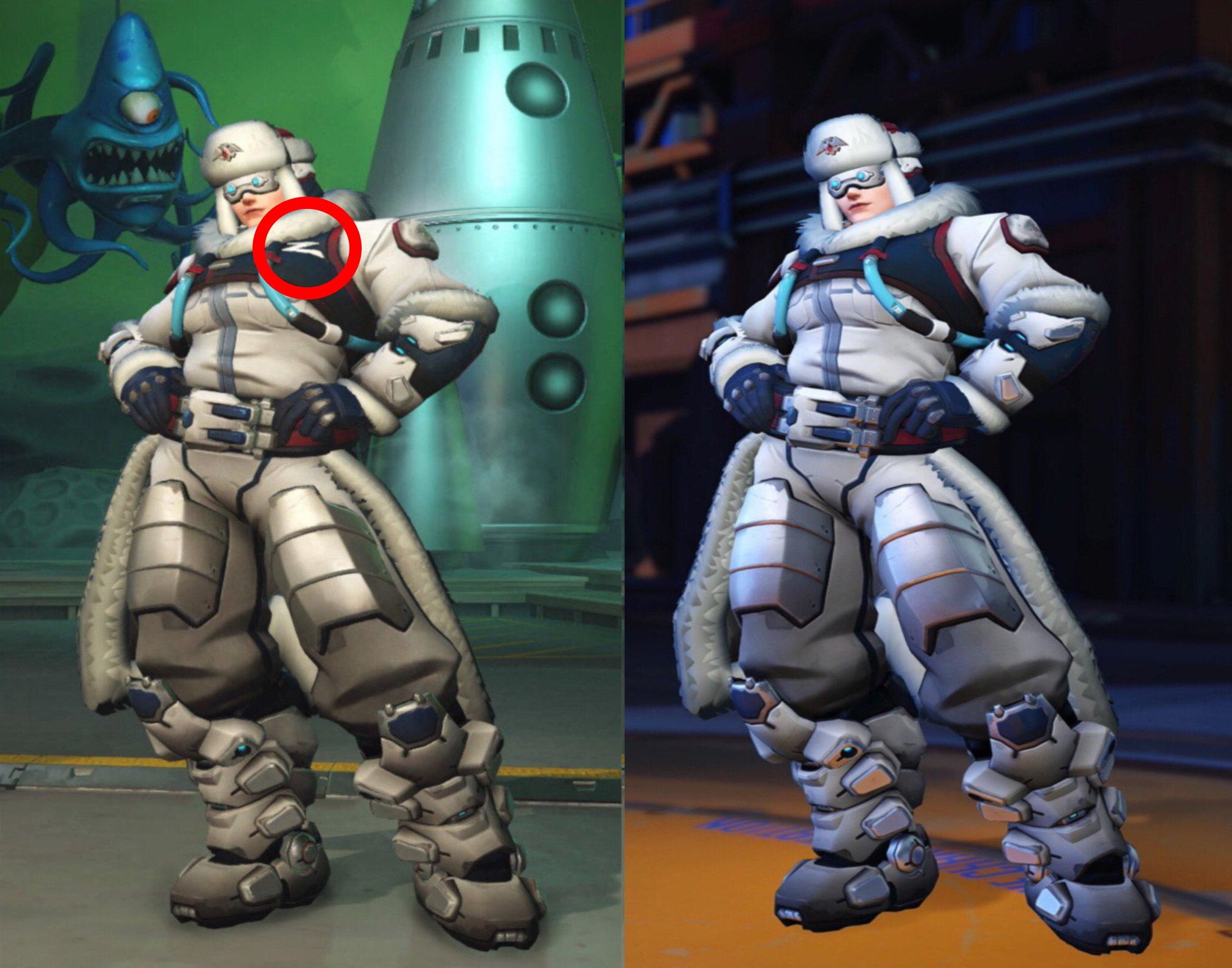 Blizzard has had to make an understandable change to Overwatch character Zarya, who previously had costumes with a prominent ‘Z’ on them.

Although it’s still not clear exactly what it’s supposed to mean, in Russia the letter ‘Z’ has become a symbol for supporting the Russian invasion of Ukraine and the Putin government in general. So it’s a bit awkward that Russian character Zarya has it on a number of her skins in Overwatch.

The letter is only there because of her name, since it’s never had any negative connotations before the invasion, but fans have noticed that it’s been quietly removed during the most recent update, meant to celebrate the game’s sixth anniversary.

It’s not mentioned in the patch notes, but fans on Reddit noticed the changed and started making comparisons with the skins that previously had the letter on them.

Unlike many of Blizzard’s recent moves though no-one has complained about the changes, especially given the awkwardness of Zarya’s character being Russian (Zarya means dawn).

Like most video game companies, Blizzard has already been very supportive of Ukraine, halting sales of their games in Russia, including microtransactions, and matching employee charitable donations to Ukraine by 2:1.

No-one’s going to forget the ongoing allegations of toxic workplace conditions though, which led to the last big change to a character in the game, when the name of Jesse McCree had to be changed because it was inspired by one of the employees accused of sexist and discriminatory conduct.

That was all before Microsoft bought Activision Blizzard, but at the moment there’s no sign that Overwatch, or any of the other games, will become Xbox console exclusives.

‘Antivirus is dead’: The rising enterprise security threats for 2021 and how to protect against them

LoL: MAD Lions Are The New Kings Of Europe, Is The Reign Of G2 Esports And Fnatic Finally Over?