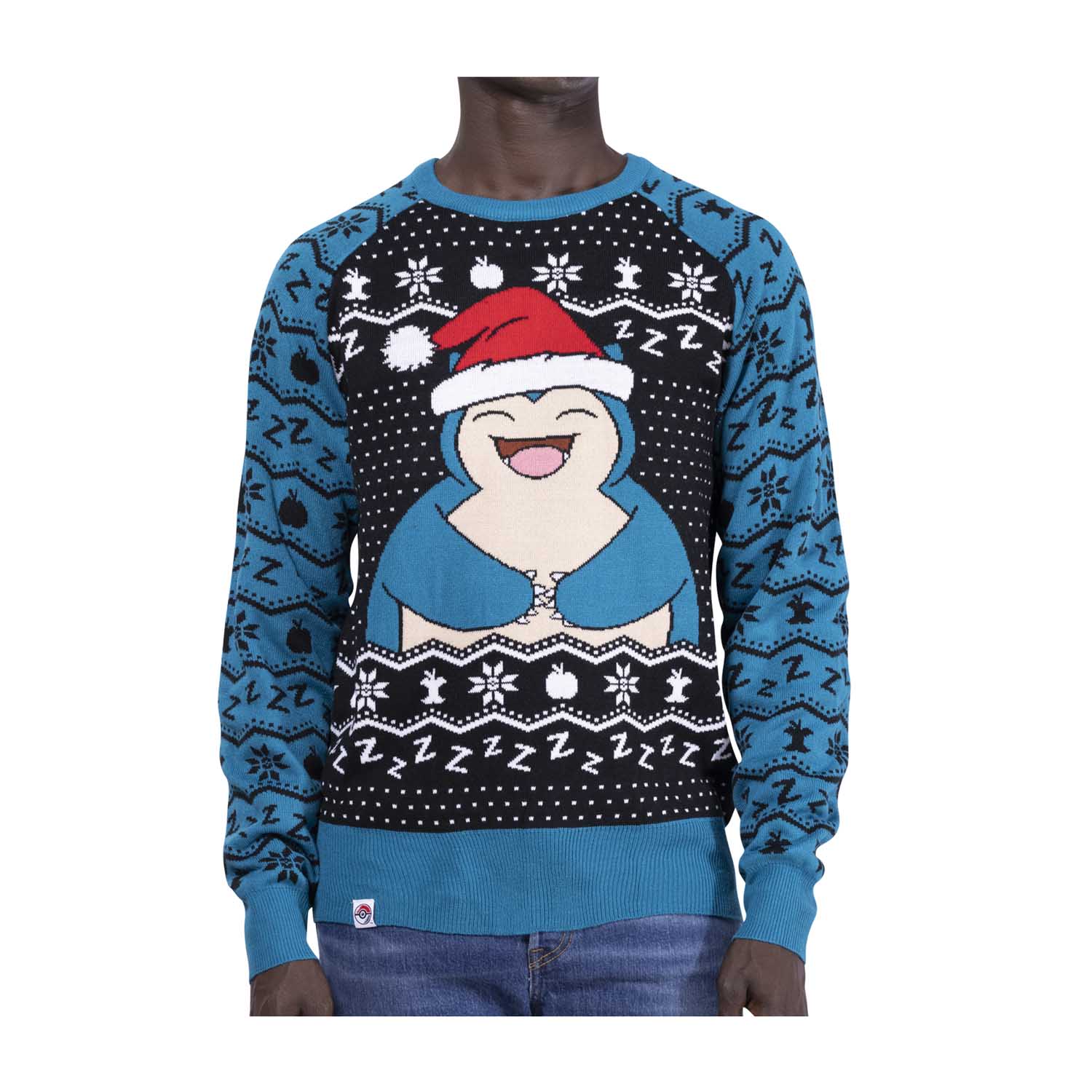 The UK finally has its own dedicated Pokémon Center for merchandise and just (barely) in time for Christmas.

For the longest time, however, these stores were only located in Japan and the US, specifically Seattle. As of now, however, there’s also a UK based Pokémon Store.

There’s no physical store, only a website, but this is still a far better alternative to trying to import. So we’ve quickly scoured the site for the most noteworthy items for yourself or any Pokémon obsessed family and friends you have.

Given the weather at the moment, it makes sense to prioritise wrapping up and keeping yourself warm, but you may as well rep your favourite pokémon while doing so.

There’s a small but decent selection of clothing items available on the site, covering jumpers, hoodies, socks, gloves, and hats. There are even dedicated Christmas sweaters, like this one of Snorlax wearing a hat.

Unsurprisingly, there’s one of Pikachu as well, tied up with Christmas lights. If you are or know someone who loves the yellow rat, maybe get this along with a matching pair of socks.

There’s also this hilarious looking Bidoof T-shirt, which we’re convinced only exists because of Bidoof’s status as a meme. It’s not even stylish; it’s just its big dumb face, and judging by the user reviews, fans love it.

Sometimes it’s easy to forget but Pokémon is predominately for children. However, judging by our quick search, all the clothing items comes in adult sizes. Thankfully, there’s an even wider selection of soft plush toys, perfect for especially young fans and the young at heart.

The selection is pretty wide so, while it doesn’t encompass every pokémon out there, you’re bound to find one of your favourites on the site.

With Generation 4 especially relevant at the moment, with the Pokémon Brilliant Diamond and Shining Pearl remakes and the upcoming Pokémon Legends: Arceus, the plushes for the three main legendary pokémon of the Sinnoh region – Dialga, Palkia, and Giratina – are going to be very popular right now.

Fans of the Unown are also in for a treat, as we can count 26 separate Unown plushies, one for each letter of the alphabet they resemble. Eevee fans can also start building a collection with the different Eevee evolutions. So far, Eevee itself and six of the eight evolutions (Vaporeon, Jolteon, Flareon, Espeon, Umbreon, and Leafeon) are available. The remaining two will no doubt arrive in the future.

If you specifically want something Christmas themed, there are a few plush ornaments, like this one of Spheal. There’s also a wreath of Pikachu and Piplup that you can hang somewhere in your home.

Badges can be a nice novelty to express your passion for the franchise and the Pokémon Center has plenty to pick from. The majority are either these pretty stylish looking ones of specific pokémon that open up to reveal their evolutions or these ones made to resemble the classic pixel art from the games.

Arguably the best of the bunch is the Team Rocket emblem, letting you rep everyone’s favourite criminal organisation. Fingers crossed the store will add ones for other villain teams like Team Galactic and Team Plasma.

Of course the Pokémon Center sells cards for the trading card game. Its popularity has exploded somewhat throughout the course of the coronavirus pandemic, to the point where some have attempted to hoard and scalp particularly rare cards online.

If you prefer to get your cards from official sources, the Pokémon Center will hopefully become the number one place to buy from. Its range isn’t too big at the moment, but there are several booster packs from the most recent expansions to fill your deck with.

Or, if you’re just starting out, there’s a Trainer’s Toolbox retailing at £29.99 that contains 50+ cards, a rulebook for the game, and a guide to deckbuilding. There are also pre-built decks if you don’t want to worry about the hassle of constructing your own deck.

The Pokémon Center aims to deliver items within three to six business days. So, with Christmas only a week away, you’d best start ordering potential presents before the weekend.

Gaming News Roundup, Top 5 Stories You May Have Missed

Nier Replicant: How To Grow The Lunar Tear Legendary Flower