The newly created Polish developer Far From Home recently announced its debut title. The studio has been hard at work on a climate fiction survival game called Forever Skies. Far From Home was founded in 2020 by a group of industry veterans intent on producing “AA+” games with high production values.

Forever Skies will be a first-person shooter coupled with a survival game. This takes place after a natural disaster leaves the planet uninhabitable. You take on the role of a scientist who descends to the surface from a space station in search of a cure for a dangerous disease which lies hidden amongst the ruins of the recently deserted world. Since the lower layers of the atmosphere consist of poisonous gasses, you fly around between the tops of tall buildings with an airship. Forever Skies will feature crafting, base building, gardening, and research. You also have to fend off whatever mysterious creatures may be lurking below the poisonous clouds.

"It’s been a tremendous ride," Chief Executive Officer Andrzej Blumenfeld said. "New studios spring to life almost every week. They are being started up in every imaginable setup from literally one-man armies to small teams just graduating from universities to talented groups burgeoning from large organizations — all the way to midsize companies backed by venture capital."

Forever Skies represents an attempt to imagine what the world would look like if climate change were to continue unabated. The game is basically a protest. "The actual inspiration for how to arrange the game’s world into a thick layer of toxic dust and the skies above has been drawn from various comments of scientists on air quality in Cracow, Poland. This beautiful, historic city is known for its pollution, regularly competing head-to-head with places such as Beijing, Delhi, or Lahore.” Blumenfeld went on to say that in order to “access breathable air, residents should elevate above 100 meters. This idea that due to gravity accumulating an increasing amount of particles and toxic gasses close to the ground, humanity will have to escape to towers has been instrumental in designing the game’s premise." 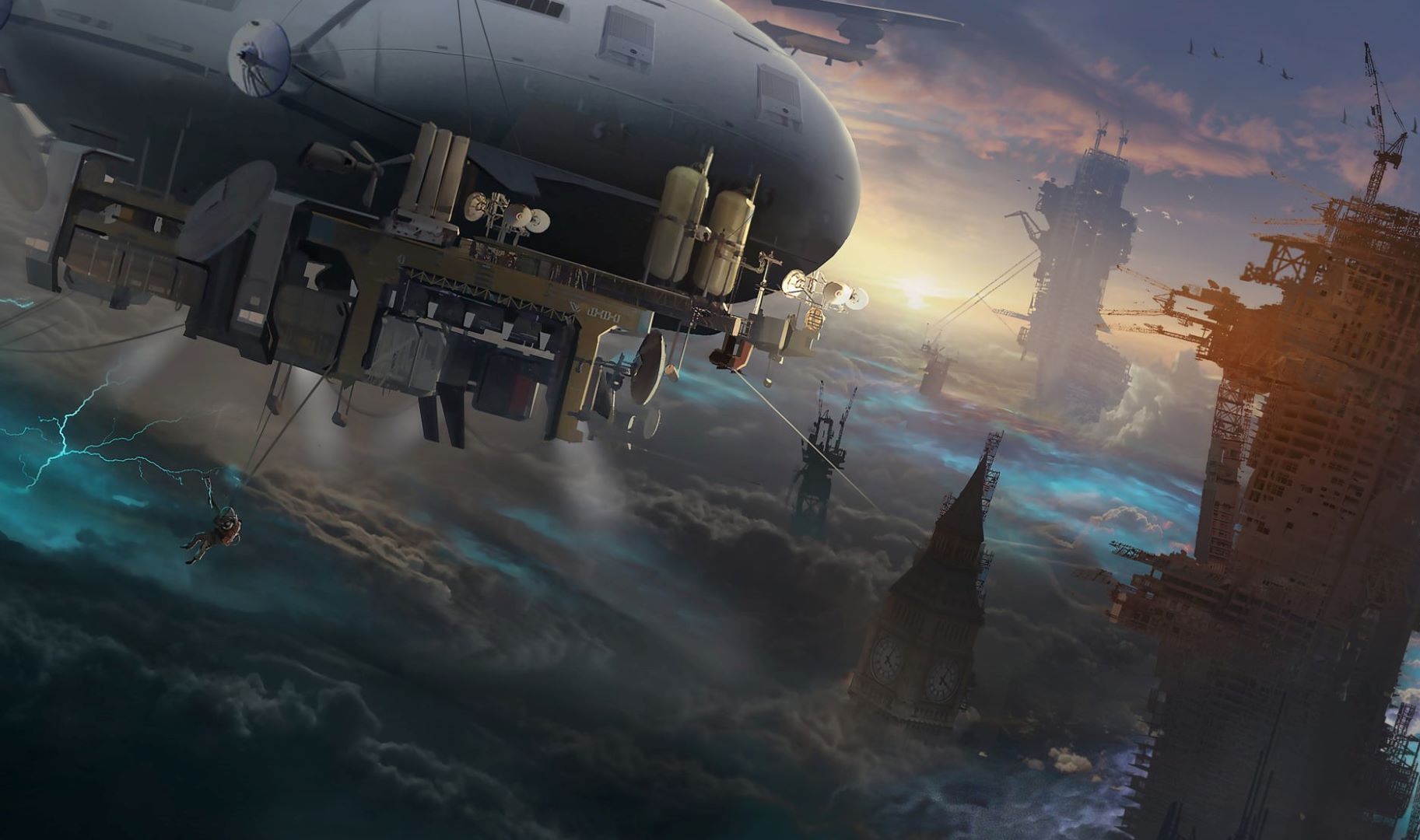 In addition to climate change, the pandemic also had an impact on the game. "In Forever Skies, falling ill and recovering is an integral part of the survival loop," Blumenfeld said. "On one hand it is unavoidable, resulting with symptoms impacting breath rate, tolerance to foods, or causing dehydration. But on the other hand, in some cases it is required to extract pathogens for developing and later testing of vaccines. We wanted to show how interaction with microbes is an absolutely central part of the human body’s functioning and how thin a line is between being healthy and sick. In Forever Skies, gamers will have open doors to experimentation and to deciding whether to use the modified viruses as weapons or perhaps self-infect to boost life functions and the body’s performance.”

The game is expected to launch into Early Access on PC at some point in 2022 with a console release shortly afterwards. The final version of the game will feature singleplayer and cooperative multiplayer. "We plan to emerge from Early Access armed with a co-op mode, codesigned and tested with the community," Blumenfeld explained. The sky seems to be the limit when it comes to Far From Home.

Mass Effect 2: Should You Save The City Or The Spaceport?

Leak Claims That The Super Mario Bros. Movie Will Have Musical Numbers, Mario And Luigi Will Have Brooklyn Accents

Halo Infinite: See How They Recorded The Vehicle Sounds For The Next-Gen Game