Gamers desperate to find a PS5 have accidentally been paying hundreds of dollars for photos of the console on resale sites.

Writing that PS5s are hard to come by might well be the understatement of the century. Any of the limited stock some retailers promised for Black Friday will have been long gone by the time you read this article. For anyone who is yet to bag one, it’s back to waiting for someone to reveal that more stock is coming, and where it will be, or even worse, peruse a few resale sites.

For many, buying a PS5 from a resale site is just not an option. Some listings of next-gen consoles are asking for $1600. UK retailer CEX, which is in the business of selling used consoles and games, has PS5s listed for £750 ($1001). While high demand is partly to blame for these shortages, scalpers and resellers have definitely not helped. One group claims to have as many as 3500 PS5s on hand to sell for inflated prices.

If you are desperate enough to own a PS5 that paying over the odds for one is an option, then be sure to triple-check the item description. We say that because there have been multiple reports of people accidentally buying photos of the console for hundreds and sometimes even thousands of pounds in the UK. 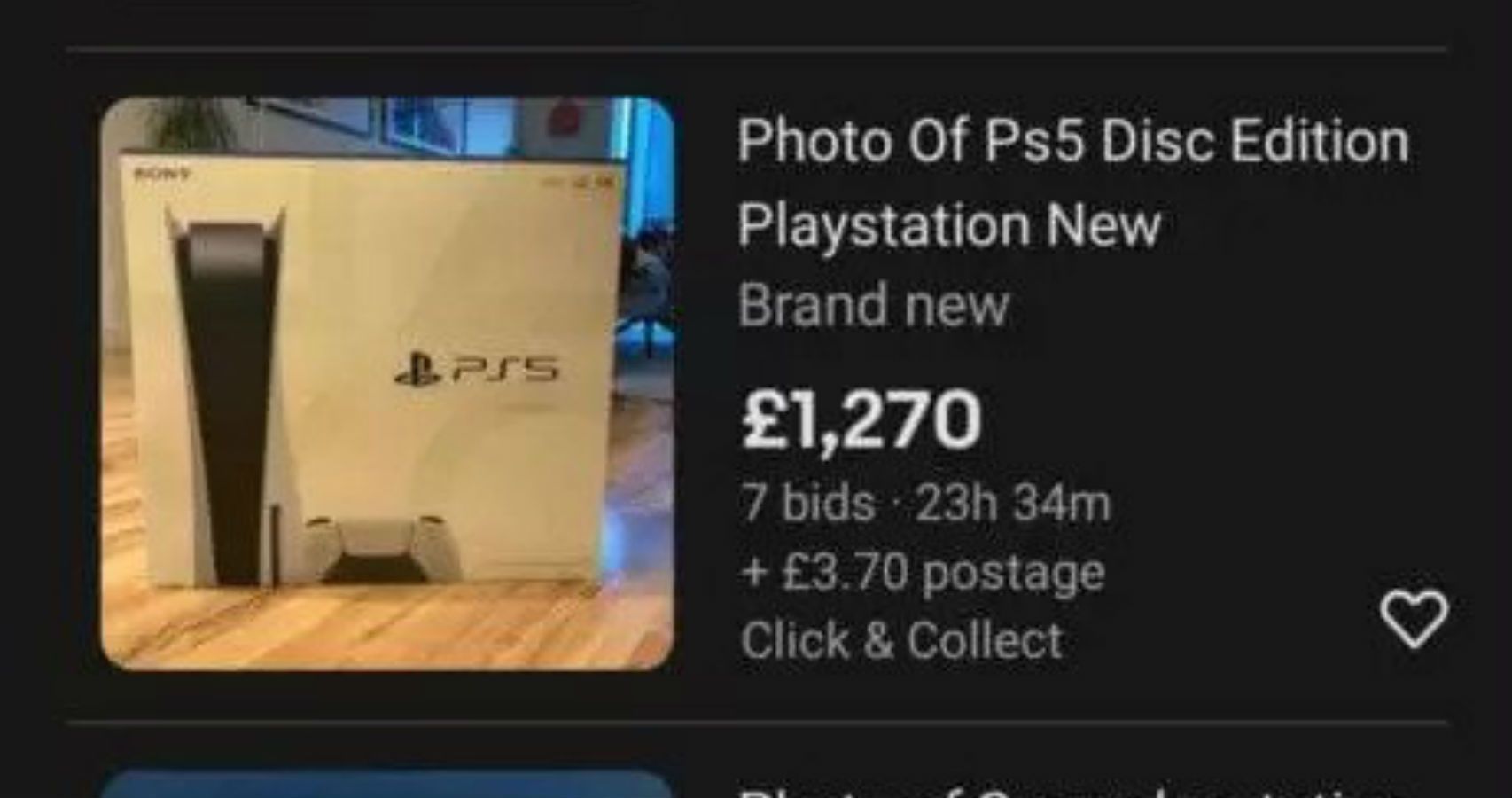 When a photo of a PS5 shows up in the mail as opposed to an actual console, whoever purchased it isn’t going to be all too happy. However, unlike the Amazon customers who received coffee machines and cat food instead of a PS5, the proud owner of a freshly developed photo might not be entitled to a refund. That’s because, in some of the cases we’ve seen, it says that they are buying a photo right there in the item description.

Whether the word photo is featured in the item description or not, the clear intention of the sellers is to catch desperate buyers unawares. Or to fool a bot into paying over the odds for a picture of a PS5. Most of the listings are appearing on eBay. However, eBay has issued a statement revealing that it is in the process of removing any non-legitimate PS5 listings from its site, including ones attempting to sell nothing more than a photo.

Far Cry 3: How To Get Each Ending

Cricket 22 review – no rest for the wicket

Since MachineGames Is Making An Indiana Jones Game, Rockstar Should Make RoboCop