Getting the illustrious new Thundergun in the old mystery box on Kino Der Toten was a treat – it was the latest sparkly toy after the Ray Gun and Wunderwaffe, and so it became a staple as much as they did in the mythos of Call of Duty Zombies. No wonder, then, that many have, like with the aforementioned other two, aimed to bring it to life or, more specifically, real life.

Reddit user TheApropalypse shared that he had made a 3D printed Thundergun, painted and all, looking as rustic in its industrialism as it did back on Kino. He teased the project yesterday, “Tomorrow, I’m unveiling the finished Thundergun replica I’ve been building for months!”

However, the Thundergun isn’t for himself, as he stated that, while it took a “very, very long time,” the project was actually a commission, “soon to be on someone else’s shelf.” How much did it cost this buyer? “Several hundred dollars.” It’s not cheaply made either, as he used around 10 rolls of filament, reinforced it with steel, used wood for the display, alongside “several types of tubing [and] acrylic plastic.” 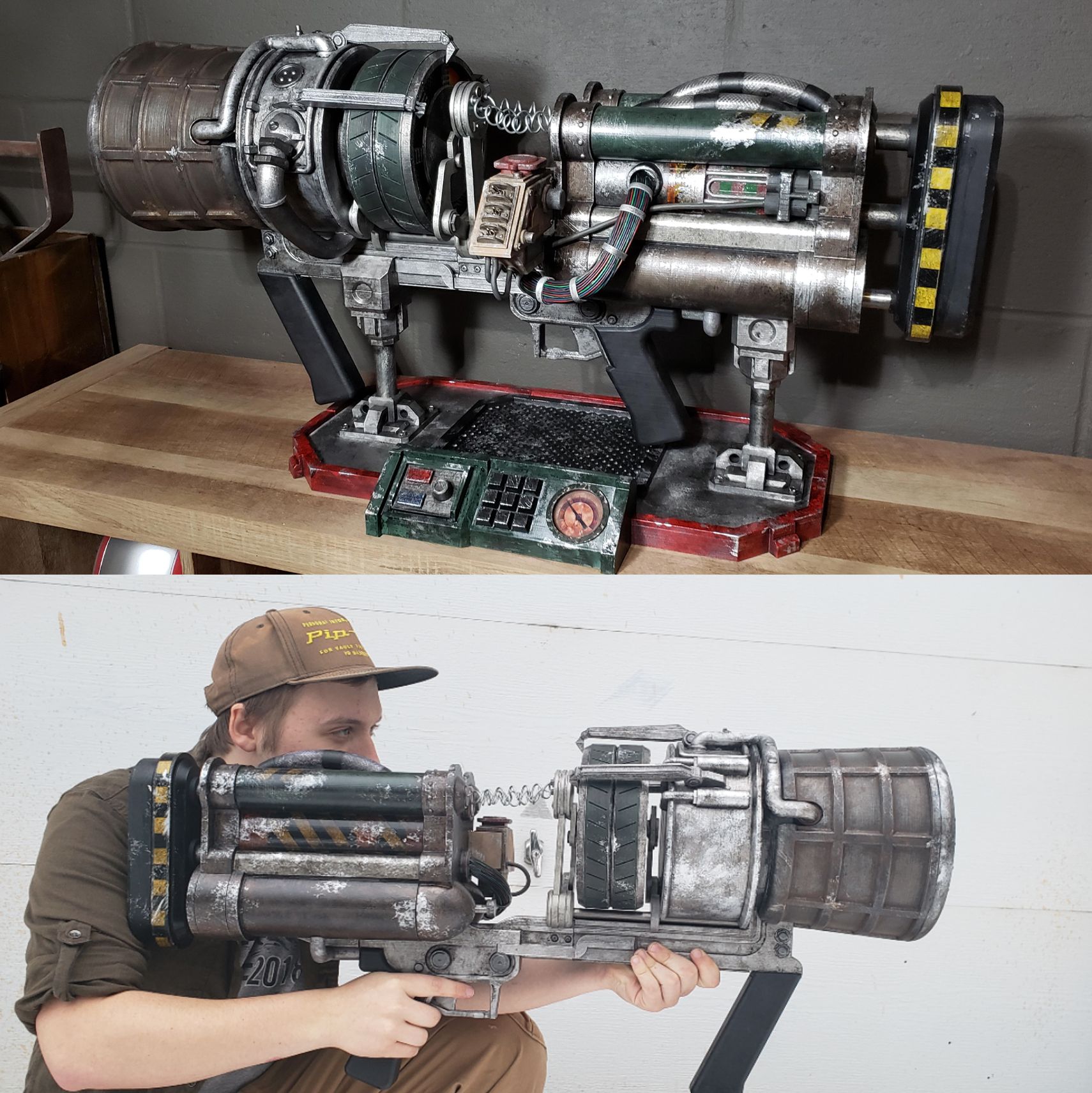 As seen in the image, he doesn’t hold the Thundergun’s second grip on the right-hand side, rather grabbing the underbelly. As TheApropalpyse stated, “That’s actually a reference to how it’s held in-game. Treyarch was too lazy to properly animate it being held with one hand on the grip.”

There have been plenty of Thunder Gun, Wunderwaffe, Ray Gun, and other weapons replicated from Call of Duty in the past, but this take is perhaps the closest to the real thing from the game itself to date.

One user pointed out that he could have likely sold it for over $1,000, but TheApropaylpse responded, “I probably could have, but… the client who was a really cool person [only had] so much money to play with. I couldn’t afford to build it for myself nor did I have any care to keep it, but I wanted to make it, so I took the commission for what it was worth, hoping I’d get a bit more viewership on my YouTube.”

Perhaps, next up, he’ll make a working Pack-a-Punch machine and slot his creation in to get a nifty upgrade. Or, maybe, someone will throw more money his way and have him re-create another beloved wonder weapon from the franchise – maybe even the D.I.E., but for now, we have some pretty cool shots of a real-life Thundergun to marvel at.

Shroud Is Coming Back To Twitch

SGD Omega interview – "as long as Moonton keeps on supporting its esports scene, I don't think MLBB will be stopped"