Lego Bionicle: Quest for the Toa is an unremarkable action-adventure game that released for the Game Boy Advance in 2001, at the height of Bionicle’s cultural relevance. Unfortunately, the game was crap. IGN’s 4.5/10 review said, “I've had more fun watching my grandmother play bingo, and my grandmother is dead.” But I was a kid, I didn’t know what IGN was, and I wanted a video game that was based on my Technic Toa. I had to have it.

As a seven-year-old at the time, I loved Bionicles. I still do, to be honest, despite not knowing where any of my prized Lego creatures are 20 years later. Between myself and my brother, we must have owned every Toa and most of the Matora, plus a bunch of the enemies.

Related: Why On Mata Nui Are We Still Waiting For A Bionicle Reboot?

The Lego creations were brilliant, like a regular Lego kit blended with an Action Man; the perfect combination for kids to build and play with. It’s no wonder so many millennials look back on the kits fondly, and why Bionicle nostalgia is having a cultural renaissance in the modern day. My love peaked with the Bionicle: Mask of Light film in 2003, and the GBA game was a natural companion. The problem was, I was skint. 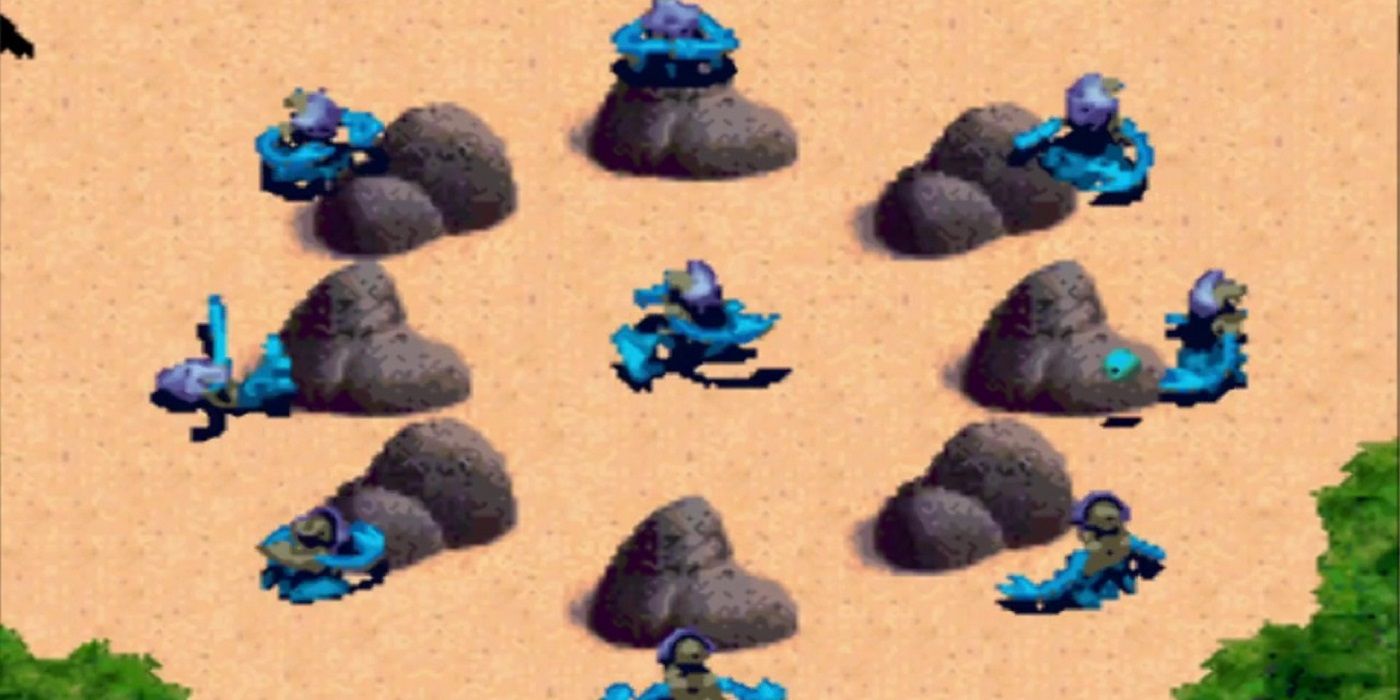 Quest for the Toa must have been about 30 quid, or whatever the price of Game Boy games was back in the day. That was an unattainable price tag for a kid back then, I got five quid a month pocket money! What was I meant to do, save up for six whole months without spending a penny in order to afford it? What a ridiculous proposition.

You may have noticed that I called Quest for the Toa a roguelite in the title of this feature. Played traditionally, this game is not a roguelite. It’s not a roguelike either. It’s an action-adventure game with autosaving, light platforming, and random minigames. But for me, it was a roguelite. Let me explain.

I couldn’t afford to buy Quest for the Toa because, as I’ve already explained, I couldn’t afford the 30-odd quid and, despite being the fifth-best selling GBA game of January 2002, it wasn’t popular enough to appear in my local second-hand games shop for a fraction of the price. But it did appear in my local independent video shop – imagine Blockbusters but they also sold bongs and herbal alternatives to viagra. 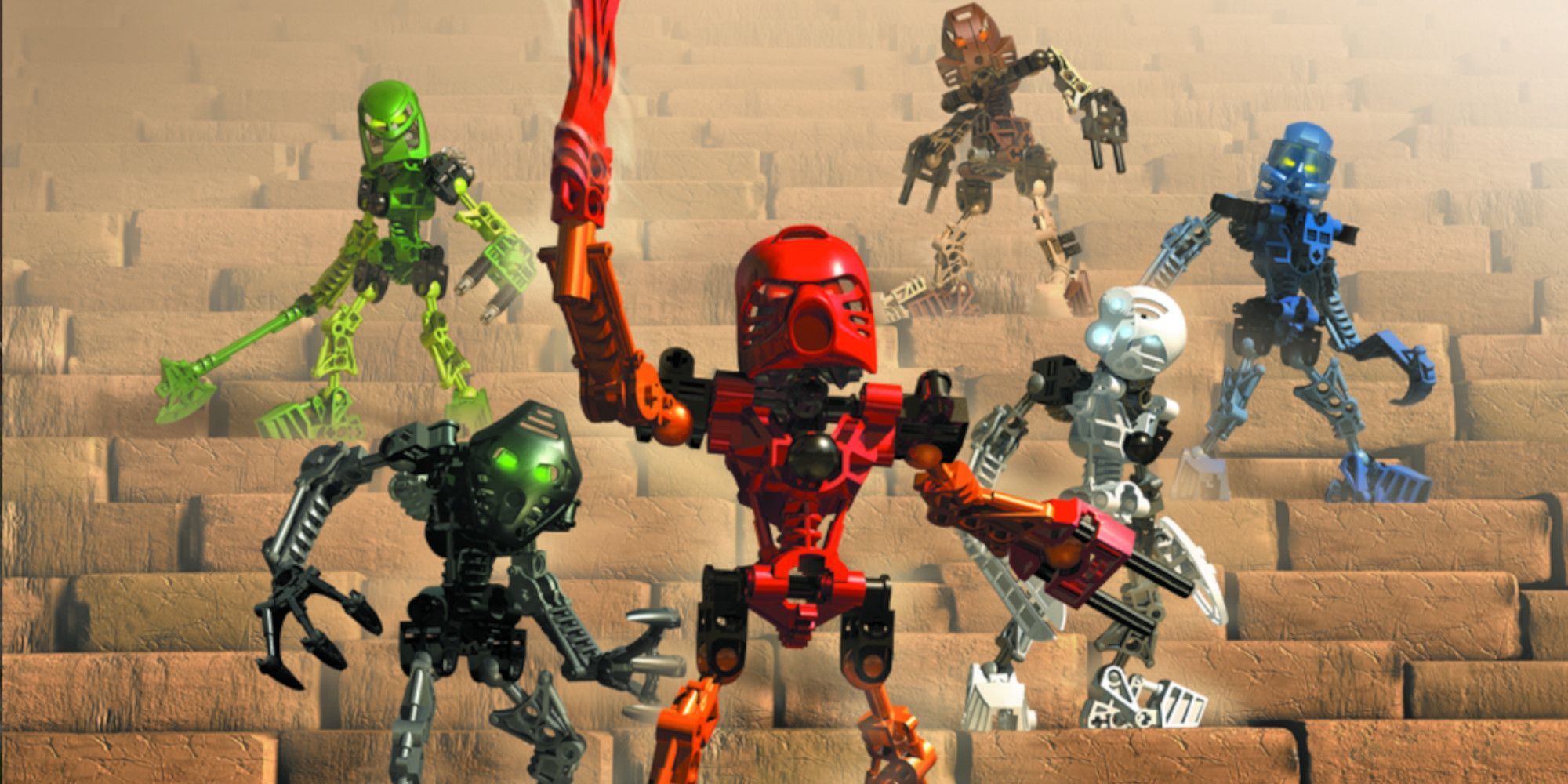 So I rented Quest for the Toa, for three days at a time, every month. That cost me all of my five pound pocket money, and it was worth every penny. The first time I played it, I barely progressed out of the first village. My evenings were spent figuring out the controls and trying to complete simple platforming sections for hours on end. When three days passed, I reluctantly returned the game to the video shop (it was literally, and imaginatively, called The Video Shop) and counted down the 27 days until I got another crisp five pound note from my parents.

When the time came, I rented Quest for the Toa again, but was dismayed to turn it on and find my progress reset. I doubt someone else had rented the game since – I lived in a small town populated mostly by old people – so it must have been a standard procedure when rentals are returned. I was disappointed at first, but ran through the levels I’d struggled through first time around. I soon found a rhythm, renting the game month after month and making slow progress each time. I had no items left over from previous saves, no permanent buffs to my health from dying on a previous run, nothing. It was my first experience of a roguelite, although I didn’t know it at the time.

I ended up renting the Bionicle game way more than six times, paying over RRP to play it for three short days a month. I’ll be honest, I don’t even remember if I finished it. Maybe I gave up. Maybe the ending was so milquetoast that I immediately forgot what happened. I think the player character was the true hero all along, but that might be the plot of Mask of Light. But the ending didn’t matter, and neither did the fact that I shelled out more money on renting the game than I would have buying it outright. The sense of achievement I felt by progressing a little further each month was worth it all. Now I just need someone to put it on Nintendo Switch Online so I can do it all over again.

Esports Boxing Club Will Bring Boxing Greatness Back To The PS5, Xbox Series X, And PC