Marvel’s Phase Four is filled to the brim with exciting content, and one of those projects has a four in the title for a very different reason. The Fantastic Four characters have failed to meet their definitive counterparts in Hollywood, passing through two mediocre adaptations before hanging in uncertainty. A reboot has been confirmed for a while now, and fan favorites John Krasinski and Emily Blunt are apparently still in the running to play Reed Richards and Susan Storm.

A trailer was released this week by Marvel Studios which said goodbye to the Infinity Saga, and welcomed Phase Four. A handful of confirmed release dates and titles were announced in the end, accompanied by a teasing logo of the Fantastic Four emblem, which still hasn’t had much announced for it yet. 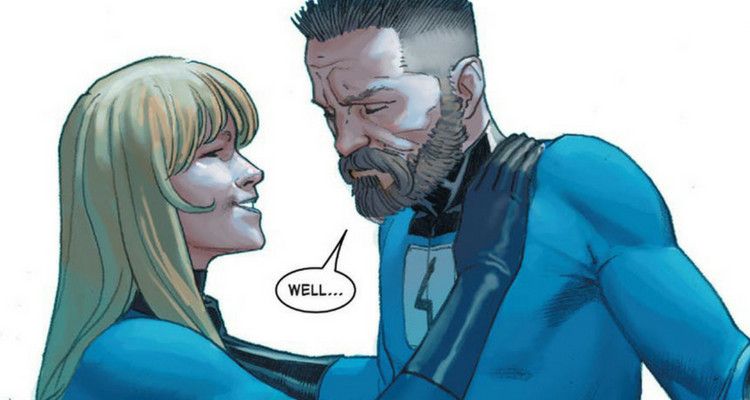 The glowing blue “4” hinted that casting announcements were imminent, and the Marvel community is expecting to hear who will fill the roles of Reed Richards (Mister Fantastic), Sue Storm ( Invisible Woman), Johnny Storm (Human Torch), and Ben Grimm (The Thing) sometime soon.

Pulling away from the pack as front runners, real-life power couple Krasinski and Blunt have been attached to the reboot for a good number of years. From fan art to an interview with Krasinski about his personal interest in the role, Marvel is apparently listening to the call from fans and Krasinski by working behind the scenes to get the pair involved.

Multiple sources have reported that insiders are in talks with the pair to come aboard, particularly Blunt who allegedly turned down the role before. As with any superhero rumors, everything should be taken with a pinch of salt, but thankfully Marvel has a history of responding to actors’ enthusiasm for roles.

Shang-Chi and the Legend of the Ten Rings actor Simu Liu campaigned to play the Master of Kung Fu for seven years, who ended up bagging the titular role in the end. Krasinski and Blunt are also no strangers to the studio, as it’s no secret that The Office star once auditioned to play Captain America, and Blunt couldn’t fulfil the role of Black Widow in Iron Man 2 due to scheduling conflicts.

Neither the actors nor Marvel have confirmed or denied their involvement with Fantastic Four, but The Amazing Spider-Man actor Andrew Garfield has recently gone out of his way to deny his involvement in Spider-Man: No Way Home. Garfield spent a long time on the topic giving an animated response to speculations, but fans didn’t take the bait.

Control your PS5 with a potato thanks to new Sony patent