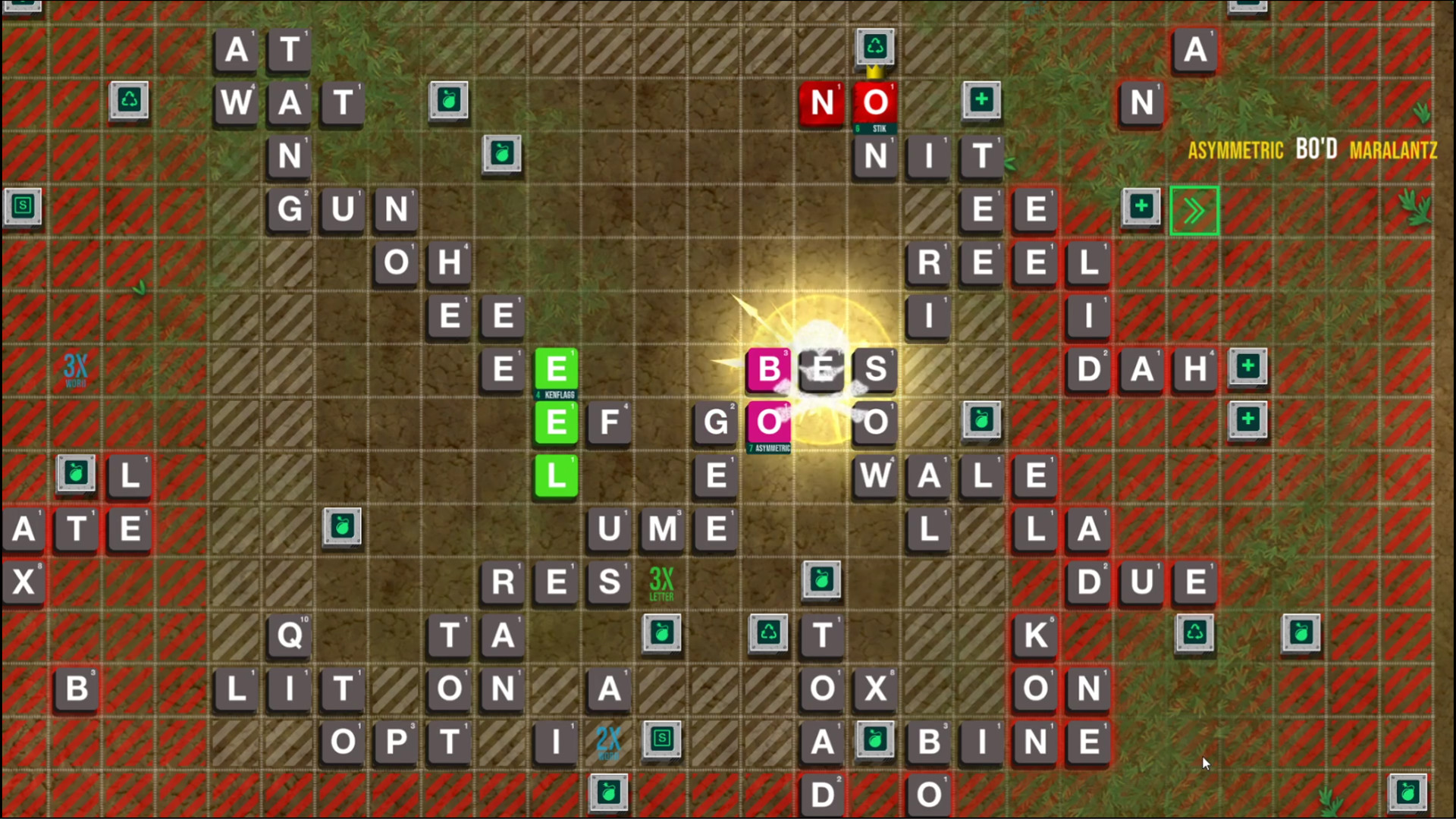 It’s a bizarre mash-up, but someone has put together a Scrabble battle royale and it’s completely free on Steam.

With how popular the battle royale genre has become over the years, it hasn’t been surprising to see nearly every developer and/or publisher churn out their own take.

This has led to some surprisingly unique offerings, such as Tetris 99 and Pac-Man 99, which turned existing classics into surprisingly addictive and competitive experiences. And now we have a battle royale Scrabble game titled Babble Royale.

The idea of turning Scrabble into a battle royale sounds ludicrous, but not only does the brief trailer provide a good explanation for how it works, it’s already reviewing well on Steam.

You start by dropping your first tile somewhere on the board, as if you’re parachuting from above, and you move around the board by making words.

If you manage to connect your word to another player’s, you take them out of the game. The aim, obviously, is to be the last one standing, while staying within the ever-shrinking circle on the board.

The fact that it’s completely free means there’s no harm in trying it out and that’s likely contributed to the generous feedback it’s received so far. According to its Steam page, it will remain in early access for three to five months as it forms a community and developer Everybody House Games gathers feedback.

While it will stay free even after exiting early access, it sounds like Babble Royale will adopt a free-to-play model with battle passes that offer ‘additional levels of access, customisation, and unlockable items.’

There is also something called a Free to Play Sucks lifetime pass that will grant you access to every piece of future content, but it costs $60 (£45). Everybody House Games also warns that this pass may not be available after the early access period ends.

Babble Royale is available on PC.