In a world filled with high-tech Drones and magic spells, sometimes the humble gun is all you need to get yourself through a tricky, hostile encounter. In Shadowrun: Hong Kong, no one knows this better than Duncan Wu, AKA Gun Show.

Duncan is this game's best marksman – barring yourself should you build your player character that way – and he's pretty handy in most fights. He can reliably punch through Armor, survive a hail of bullets, and support his allies with grenade coverage. His skills only serve to improve his performance – here's what he has access to. 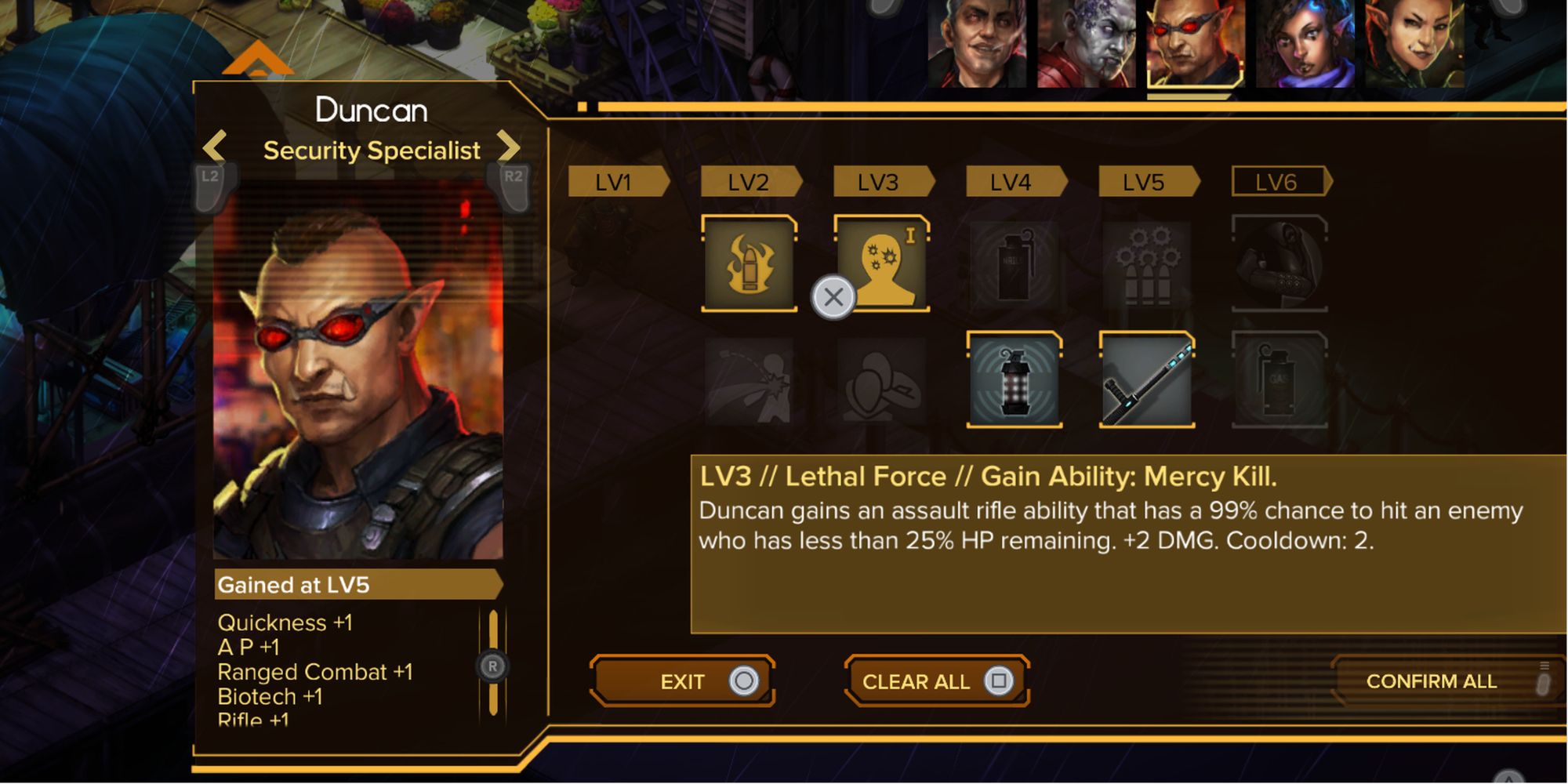 Duncan, like the other characters in Hong Kong, will gain a level every time you complete two shadowruns, whether he was taken along or not. When this happens, you get to choose between two upgrades for him.

Duncan's abilities are split between Lethal Force and Crowd Control. The former focuses on finishing off single targets while the latter provides tools that are useful for giving yourself some breathing room in a heated encounter.

It's pretty clear that Duncan's two skill trees can be considered either offensive or supportive. As is a running theme with the Hong Kong companions (as opposed to the Dragonfall companions), it's not a bad idea to make Duncan a hybrid character, improving both sides of his role in battle.

With these skills, Duncan gets the best of both worlds. Firstly, with Underslung Bean Bag and Modded Flashbang he has great options for flushing enemies out of cover and stunning them, setting up easy kills for the rest of your squad.

If you don't think you'll end up with much Armor stripping on your team (which shouldn't be the case if you build Is0bel correctly), getting Firepower Round isn't a bad idea.

Mercy Kill is situational but absolutely fantastic when you can make it work – one of the most frustrating experiences in this game is missing against very low-HP foes, and this assuages that. Recoil Compensation targets the same frustration and turns Full Auto Fire into a beastly attack for Duncan.

When it comes to the final upgrade, there is no competition. Being able to turn enemies' grenades back on themselves is almost overpowered in its utility, both offensively and defensively.