While the decades feel very long for us mere mortals, video games have only really been a part of human culture for a tiny sliver of our history. It all began back in the mid 1900s.

The first computers didn't even have monitors, so it follows that the first video games would also be pretty unrecognizable by today's standards. We've gathered some of the very first here for you to enjoy. 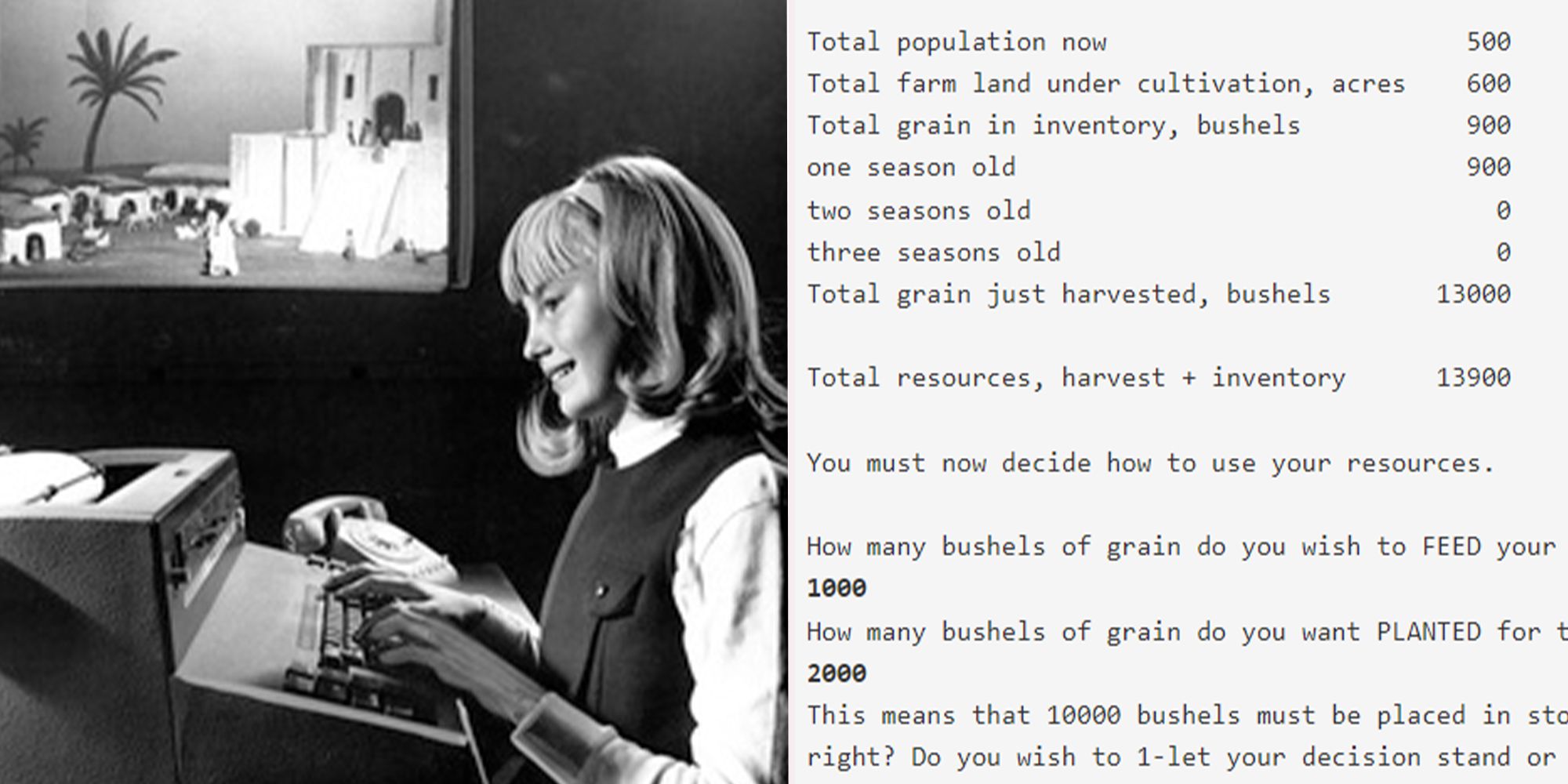 The Sumerian Game was one of the very first educational games meant for the public. It's a text-based strategy game in which the player needs to manage their lands and resources in a city in Sumer in the year 3500 BCE. It was impressively complex, with past decisions informting the future of the players' society and random disasters occuring to shake things up.

The Sumerian Game was ultimately abandoned, but was expanded on in 1971 by David H. Ahl as a game called Hamurabi, which inspired many early city-builders and strategy games. 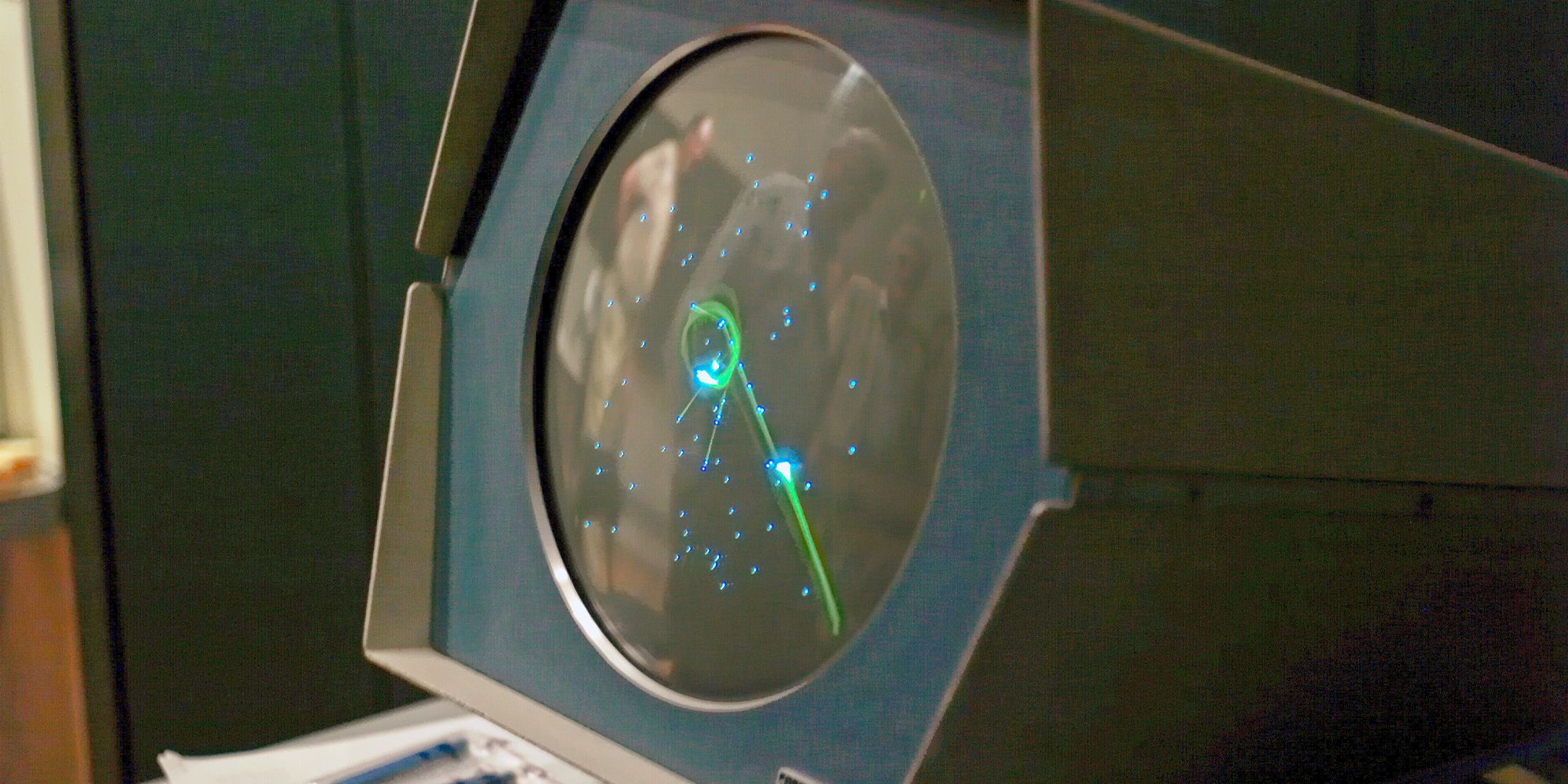 We may all know of Space Invaders as an early space video game, but Spacewar! came out more than a decade earlier! In this game, two players control two spaceships and fight one another while inside of a gravity well.

Spacewar! was originally made for a computer at the Massachusetts Institute of Technology, and after its creation other students and employees worked on the game. It became popular enough for them to install copies of the game on other computers – this makes Spacewar! the very first video game to be played on multiple computers. 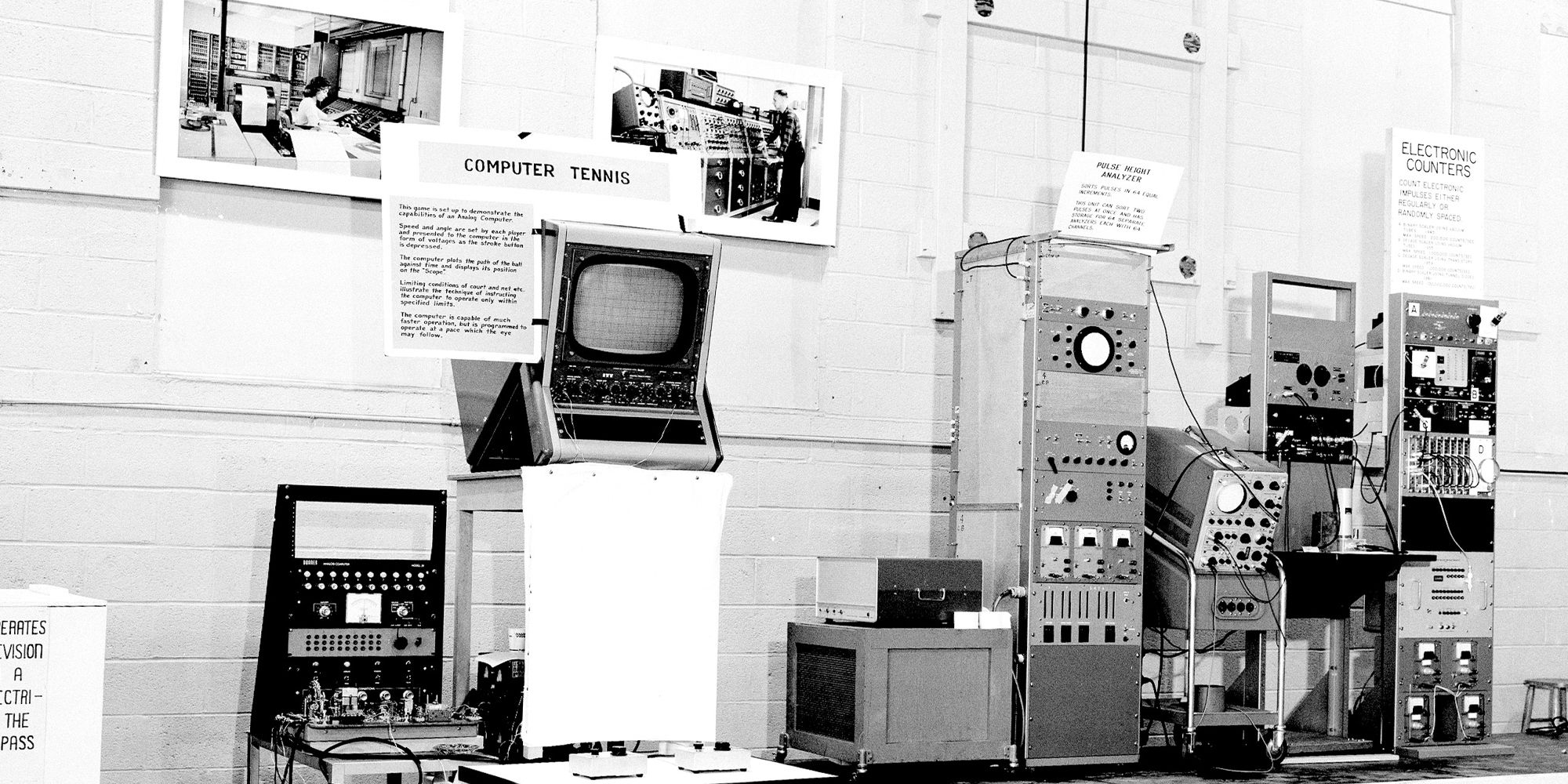 For an early tennis game, it was pretty impressive! It could simulate the trajectories and take wind resistance on the court into account. It was shown first during the Brookhaven National Laboratory's public exhibition, and then it was shown again the following year and at that point was also able to simulate different gravity levels. 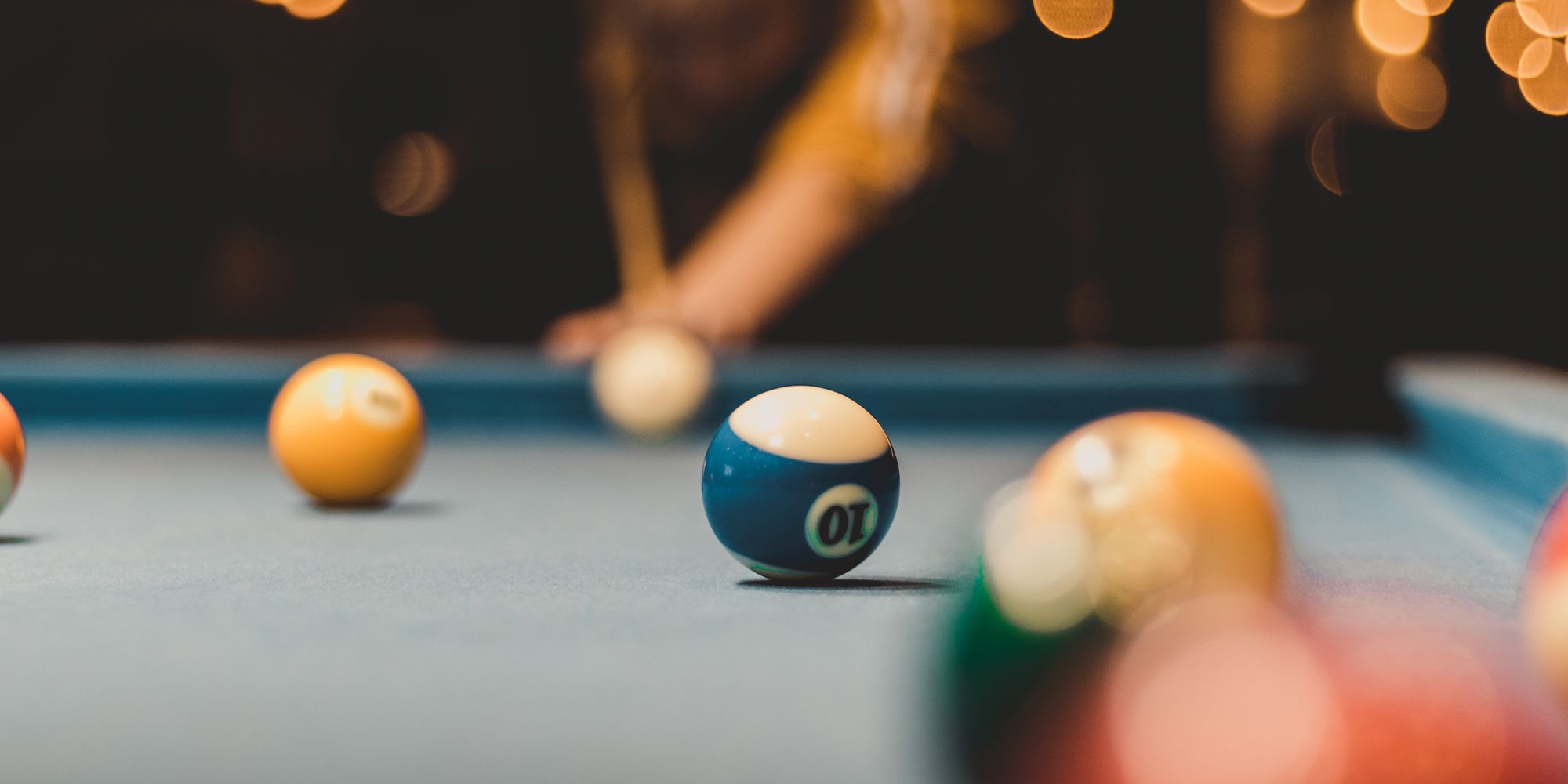 Pool (also called billiards in some parts of the world) is also a game in real life, but a much larger one than tic-tac-toe or draughts. The first eletronic version was made for a demonstration at the University of Michigan.

Some early video games that mimicked real world games had limited AI – early chess games, for example, couldn't really compete with a human or play the way it was meant to be played – but this game of pool had all 15 balls, a pool stick that could be fully controlled, and calculated the realistic trajectories of the balls as they moved and collided with one another. 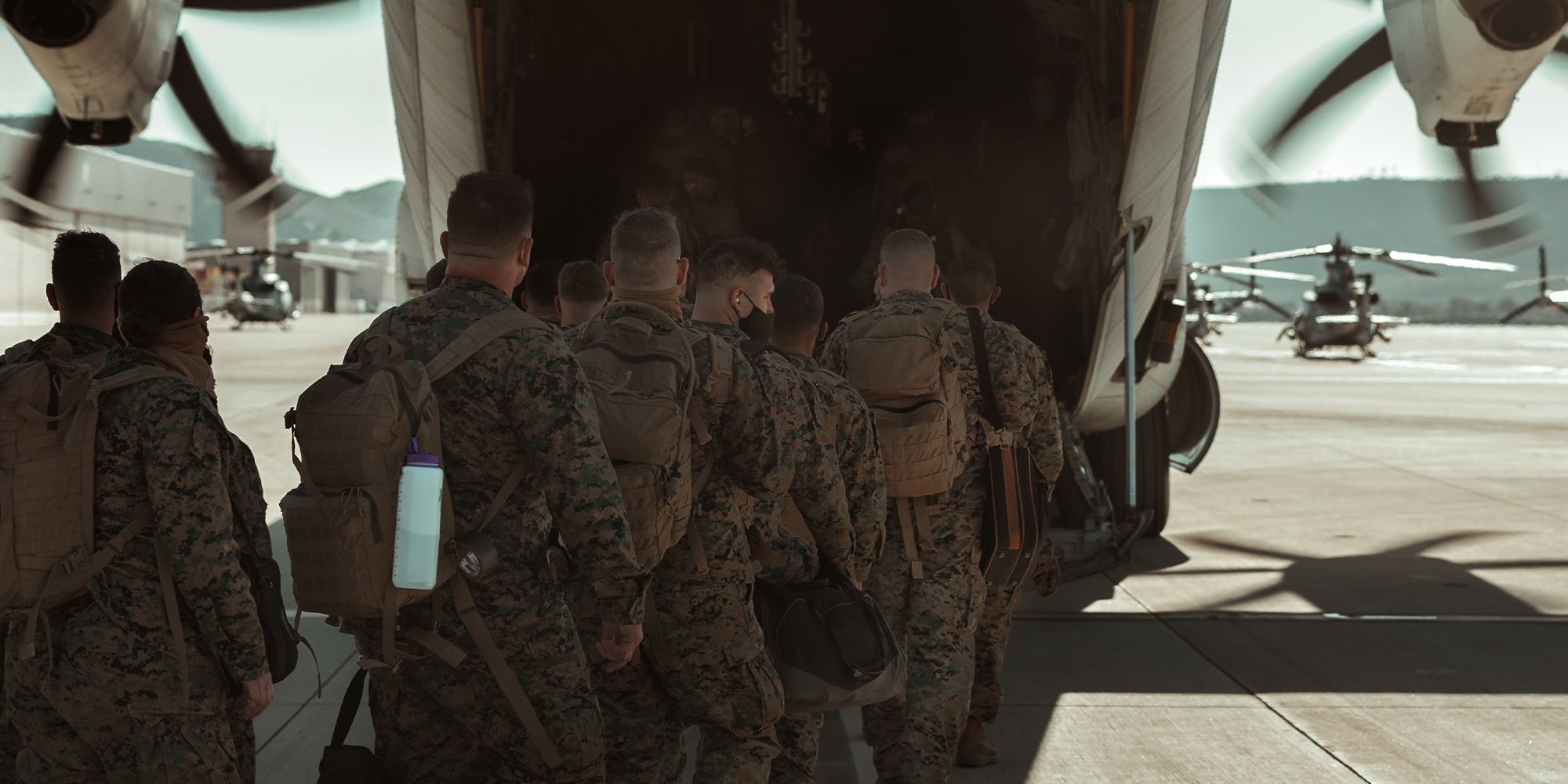 Carmonette stands for Combined ARms Computer Model, and it was a combat simulator. The player could experience a number of situations, including intercepting enemy's aircrafts and countering opposing armies.

There were four Carmonette games by 1970, and each added more complex situations and unique modes for the player to experience, such as night vision, infantry, and armed helicopters. 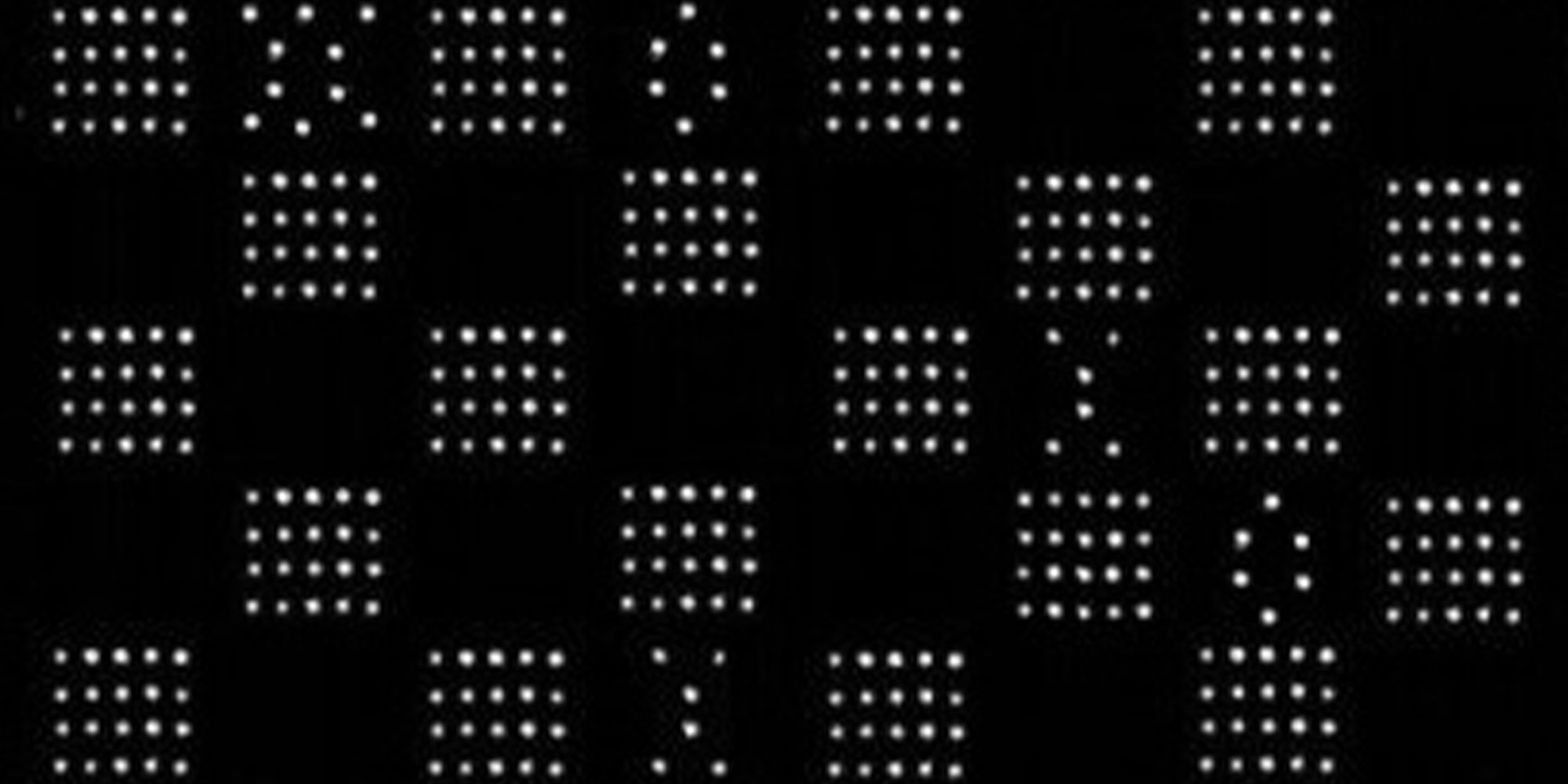 Draughts (known in some parts of the world as checkers) is another tabletop game that was adapted to early screens. Two players compete to capture one another's pieces by moving them diagonally over one another on a square, checkered board.

The version created by Strachey is significant not only for being one of the first functioning video games, but also because it was the first ever computer game made for a general computer, not a machine that was specifically designed to play the game. 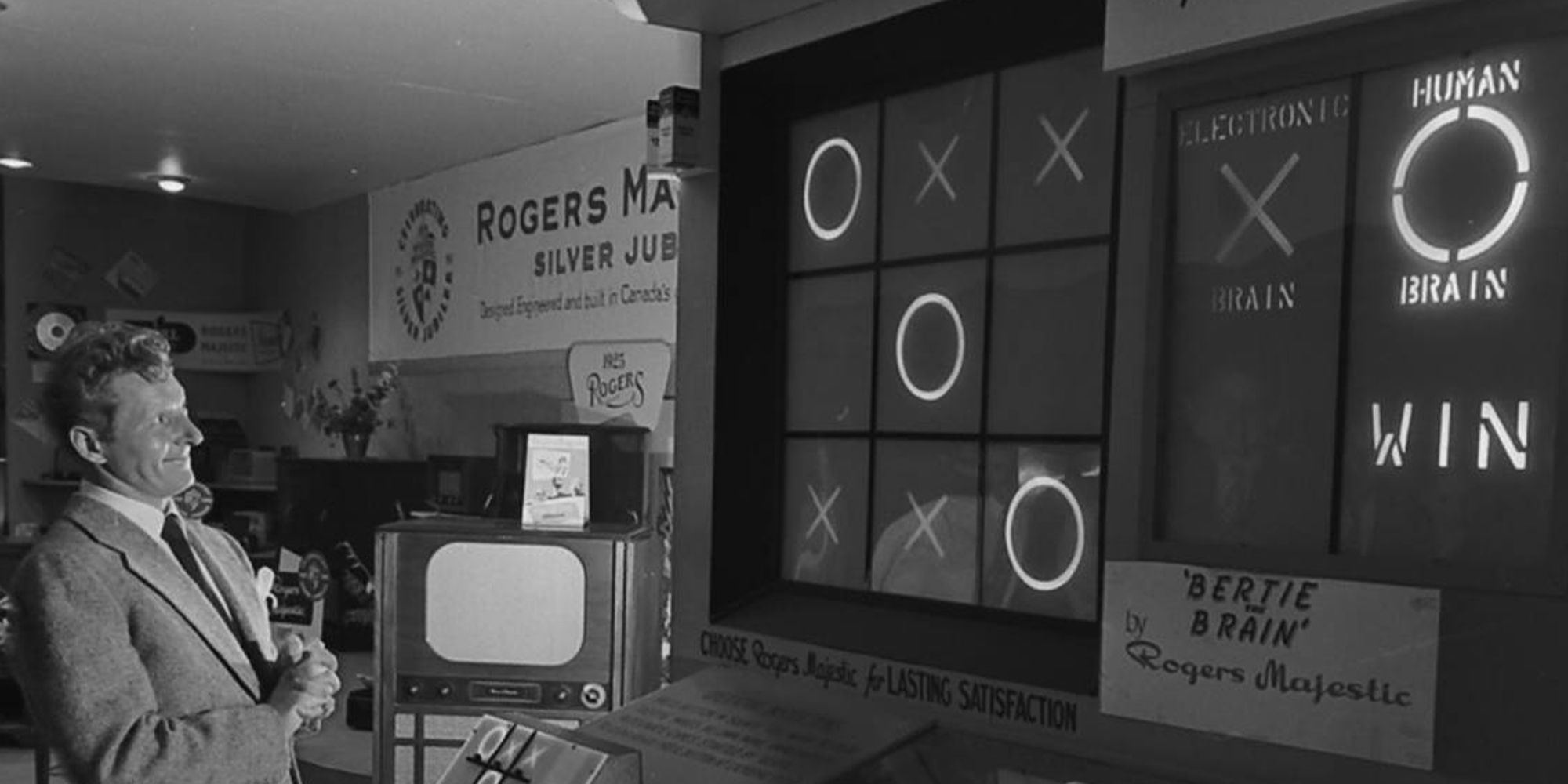 Bertie the Brain was one of the very first video games ever to be made. It was developed by Kates in Toronto for the Canadian National Exhibition that year and was only really intended to show the power and potential of computers.

Can you guess what kind of game it was? People could approach the massive computer and use a keypad to play tic-tac-toe against an AI. Several of the earliest video games were tic-tac-toe replicas. We won't list them here since we've already covered tic-tac toe, but they're worth noting. One example is the game OXO; it was produced by A. S. Douglas in 1952.

Have you ever played the game 'Nim'? Basically, imagine you have a couple rows of objects. On your turn, you can take any number of objects you like, and you and one other player go back and forth. Depending on which rules you're following, you either want to make the other player to take the last item, or you want to be the one to take the last item. Humans have been playing versions of this since ancient times.

The Nimatron was a computer designed to play Nim with you. It represented objects with light bulbs. 11 years later, it inspired John Makepeace Bennett and Raymond Stuart-Williams to make the Nimrod, another computer that could play Nim (but much better).

Future developments in AI could make your credit score obsolete