Early on in The Forgotten City, you're going to come across a quest that tasks you with obtaining a golden bow, one of the game's most important tools.

This bow will allow you to gild items and turn them into gold, which is one of the quicker ways to unlock two of the game's endings, as well as helping you find some hidden treasure and quest items.

How To Get The Golden Bow In The Forgotten City 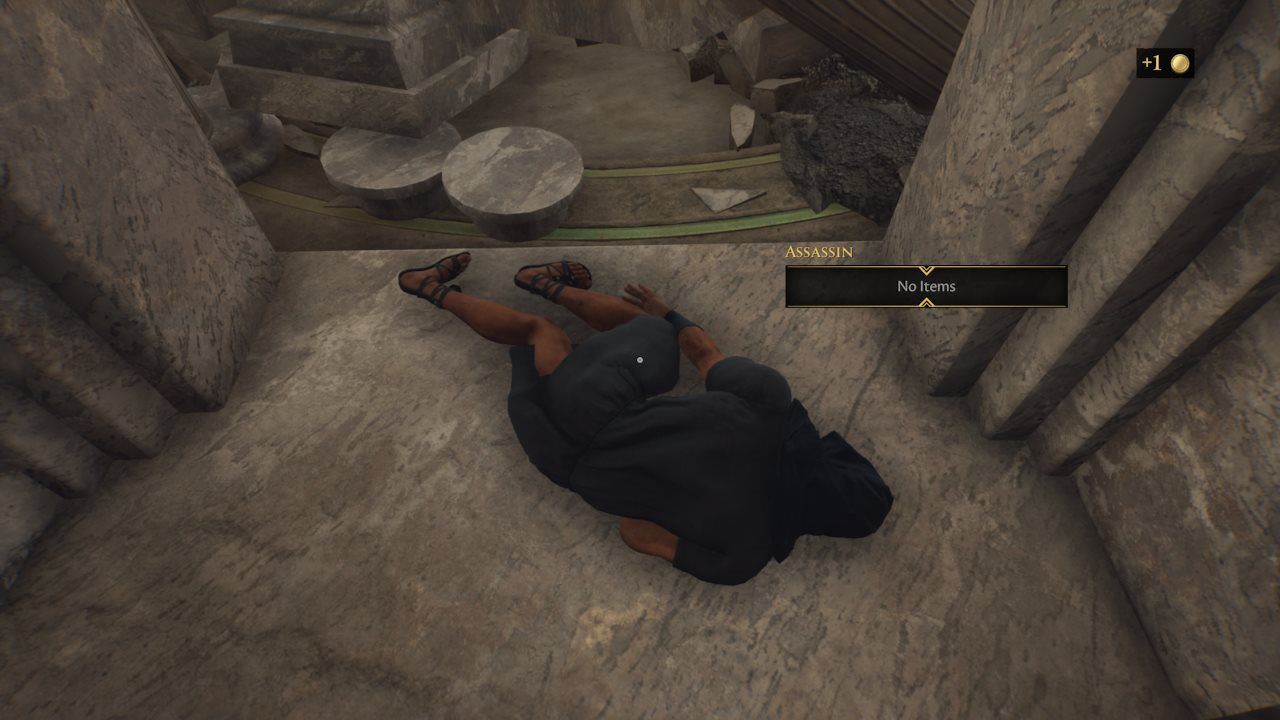 Desius will ask you to find him a bow and arrow for a business venture. You'll then be tasked with finding one. There's only one way to get a bow in The Forgotten City and that's getting rid of the assassin that appears in the "Intruder" quest, which we've previously done a guide for. You'll know if you've done that quest that you need to lead the assassin into the temple that collapses to accidentally kill him. Once this is done you can grab his bow. 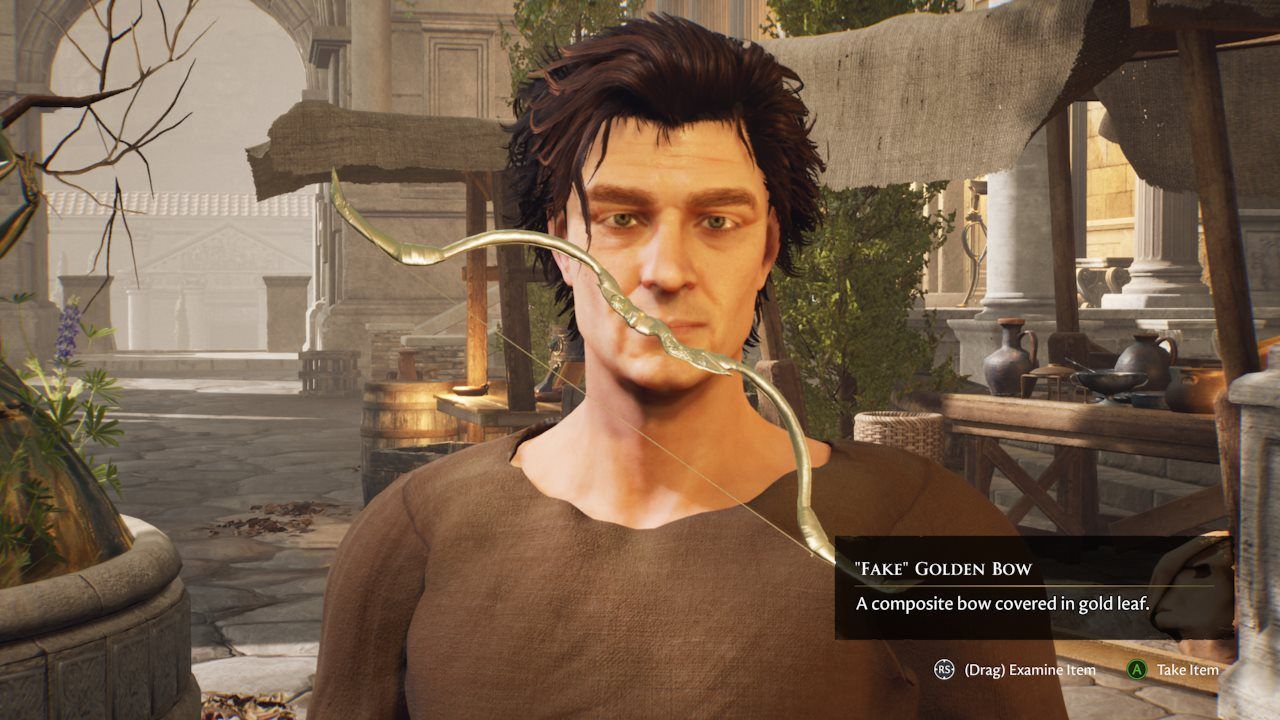 If you've not spoken to Desius until now he'll come up to you and start the quest himself, otherwise you should go talk to him and hear out his business proposal. He'll come up with the idea to paint that bow golden and swap it out for a real one found in Diana's temple. Agree to the proposal to get him to unlock the temple for you.

Go in there and interact with both braziers to turn out the lights, before interacting with the bow in Diana's hand to swap them out. Desius will then lock you in until you give him the bow, which you can't do anything but refuse. He'll then threaten you with the hornet's nest hanging above, which is a hint as to what to do. Shoot the nest to turn it golden and it'll crash through the ceiling and create a hole for you to escape. 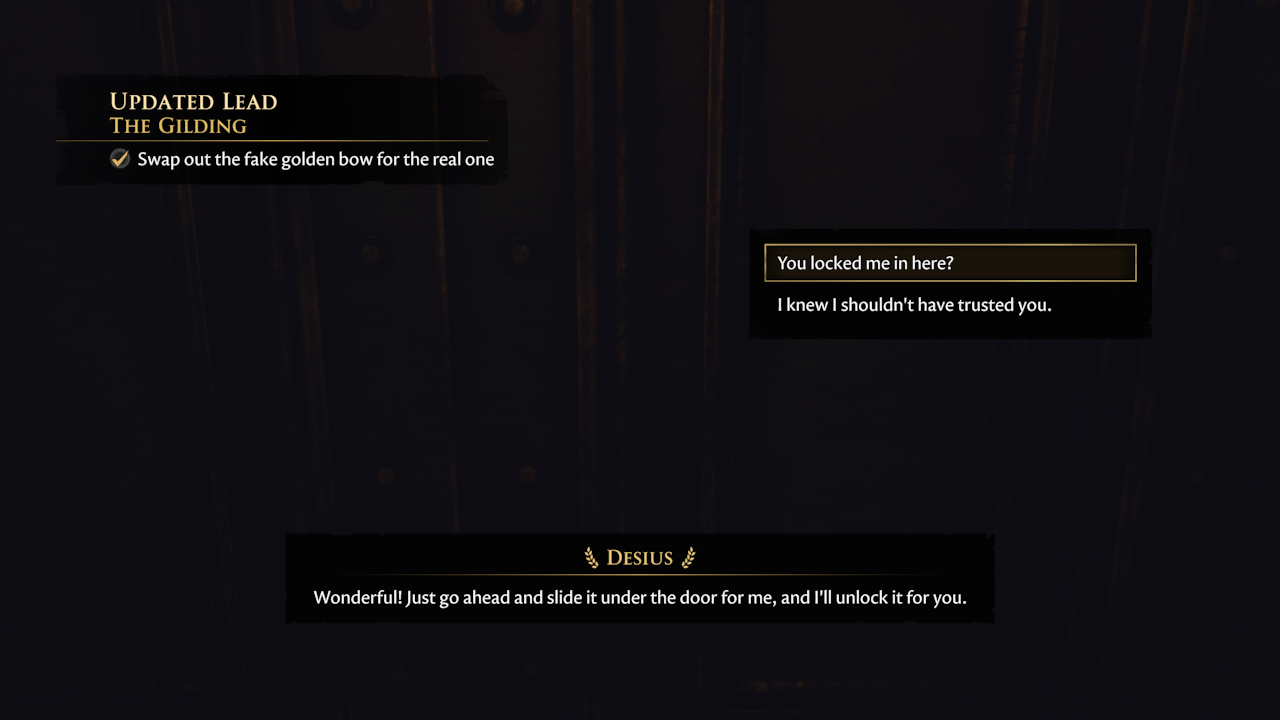 Doing this will lead you through to a new area where you can complete "The Gilding" quest, but from the moment you gain access to it in Diana's temple, the golden bow is yours for the rest of the game. You'll just need to make it out of the palace alive. The Gilding quest is how you gain access to and talk to Naevia, so we'll detail it in its own separate guide.

How To Unlock The Allergic Achievement 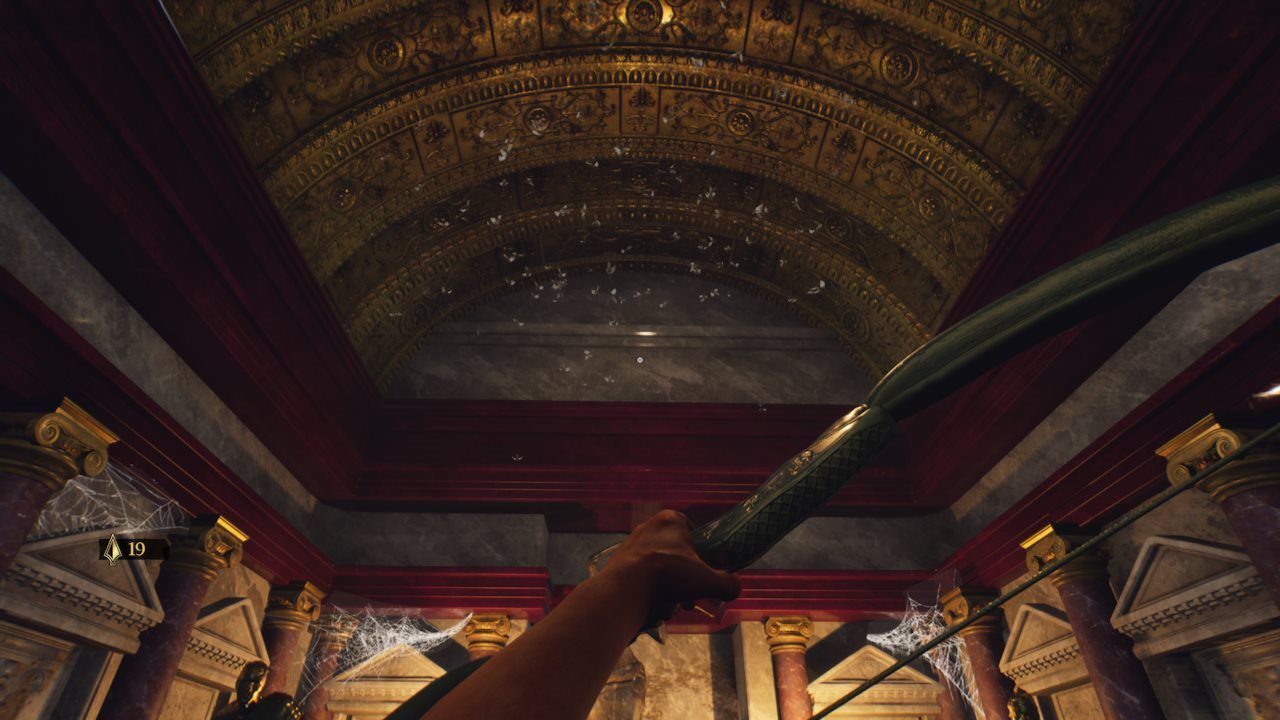 If you're looking for another achievement whilst you're completing this quest, look no further. When you shoot down the hornet's nest, you're supposed to go through and escape, but if you stand around in the room and let them kill you, you'll earn the "Allergic" achievement. Fun!

What To Use The Golden Bow For In The Forgotten City 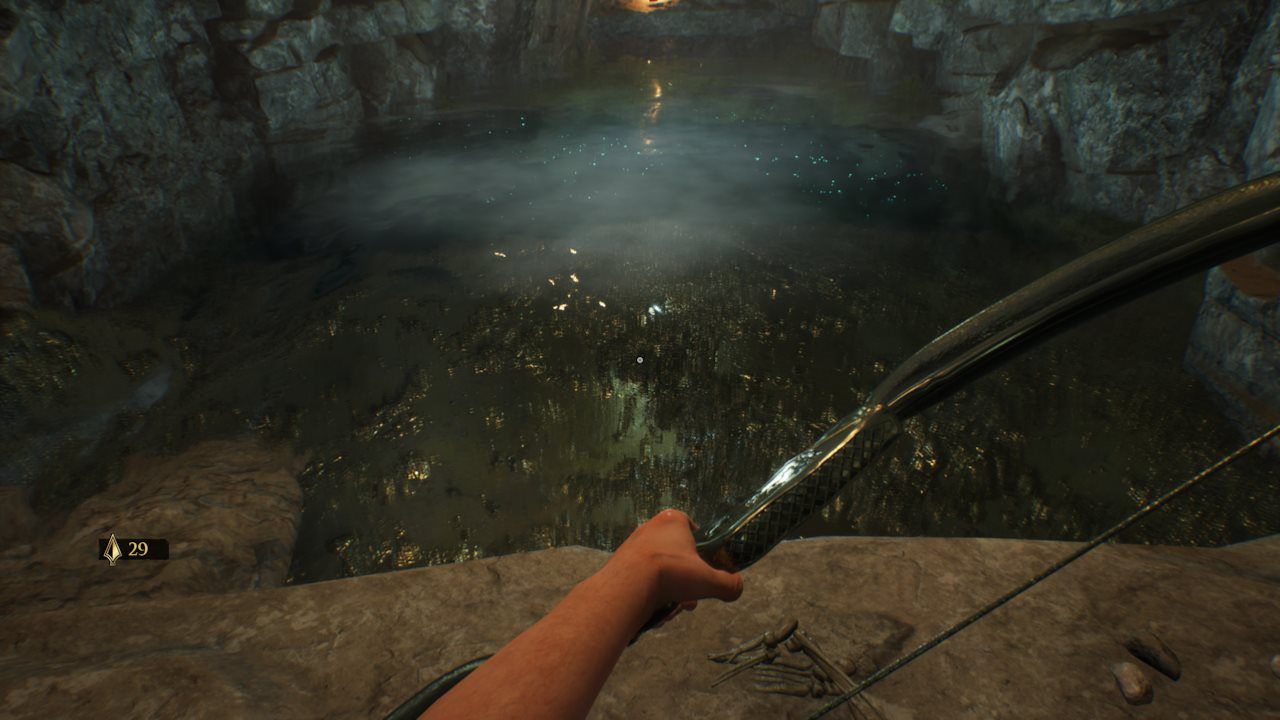 The Golden Bow is one of the most important tools in The Forgotten City. Shooting certain items with it will turn them into gold, which becomes important in The Gilded quest, as well as for some side missions. Some notable examples include shooting peeled statues to stop them from attacking you, shooting vines to make them climbable, and shooting parts of water to make it solid.

Getting the bow is one of the fastest ways to access to ending two and ending three as you'll be able to shoot the vines in the lower cistern to climb up them and reach a character that'll trigger those endings. If you're aiming for the achievements that trigger those endings, as well as the ones that task you with finishing the game within a certain amount of loops, the bow is essential.

Magic: The Gathering's Universes Beyond Expands Into The Upside Down With A Stranger Things Secret Lair