Chinatown Detective Agency, a cyber noir point-and-click adventure game, transports you to the year 2037 in Singapore. You take control of Amira Darma, a former INTERPOL detective who’s turned to private investigation to pay the bills. Her office, the titular Chinatown Detective Agency, isn’t much, but Amira quickly amasses a clientele. It will be up to you to choose who you work for as you research, meet in clandestine locations with contacts, and travel the world in search of answers for your clients.

This game is unique among modern point-and-clicks in that it has a series of internal mechanics that can make or break your game. Before you dive into the gumshoe business, here are some things to note that may help you solve the case.

8 The Dates Aren’t What They Seem 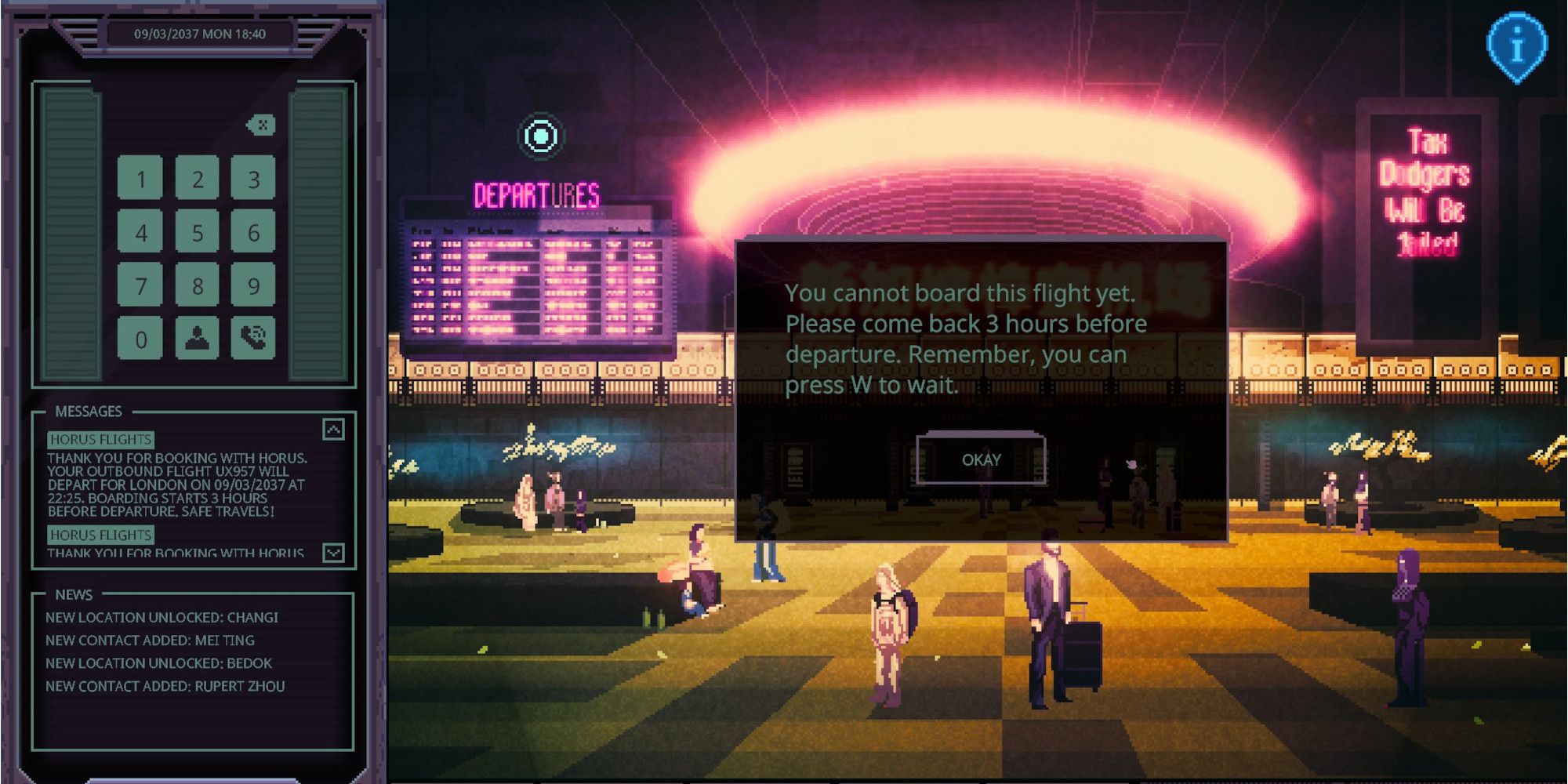 This is a minor note, but knowing this beforehand could save you a lot of trouble (and money). An important mechanic in Chinatown Detective Agency is Horus, an online booking system you’ll use frequently to buy plane tickets. You’ll have to select a date and a time. A simple enough task, right?

For American users, this system can be deceptive: the dates are arranged by day/month/year, as opposed to month/day/year. So be careful not to accidentally select the wrong date when buying your ticket!

7 Get Ready To Google – The Game Wants You To 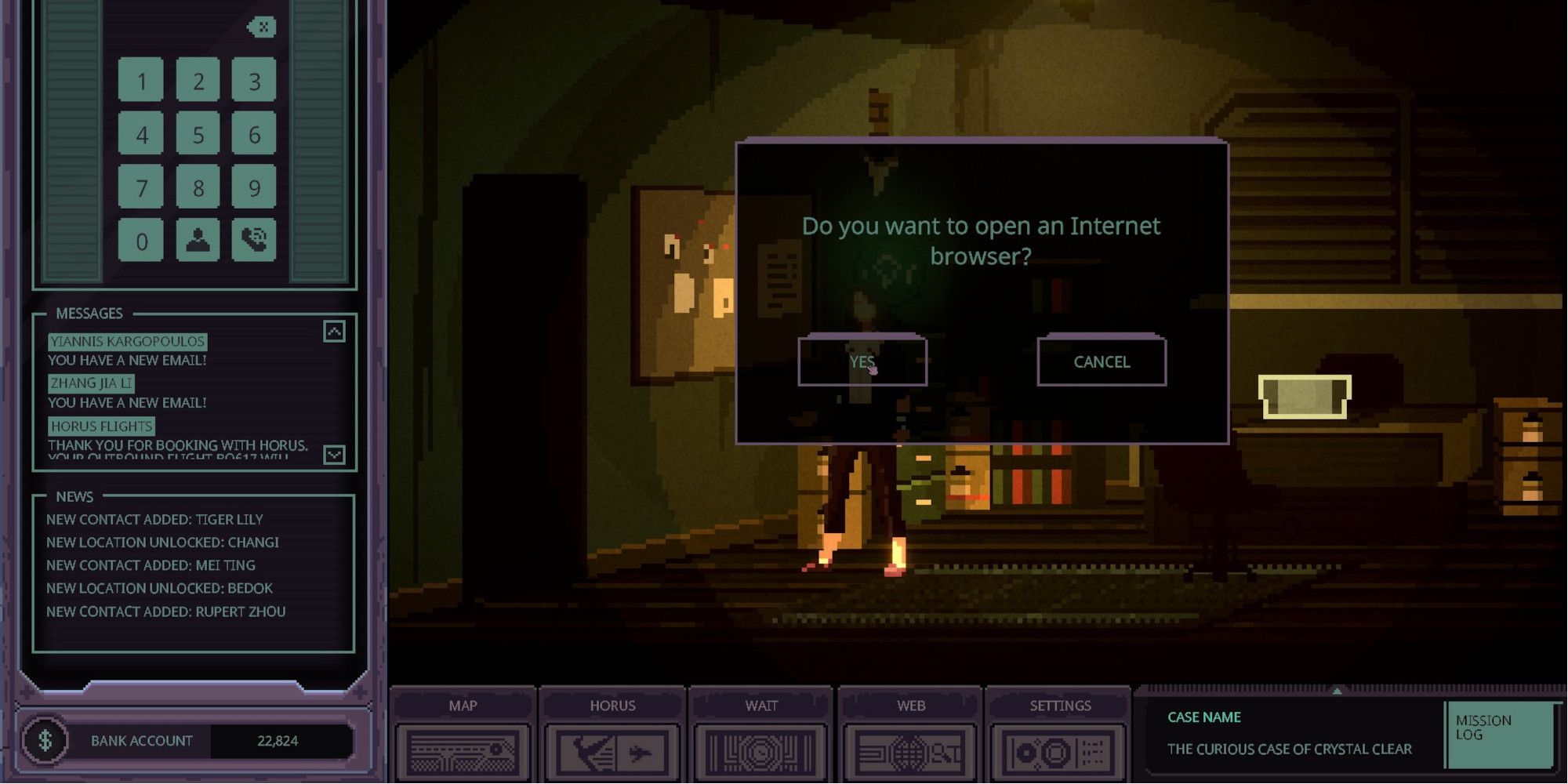 One of the first things you’ll notice when you start playing is the game’s UI. There is a phone, a notification system, a mission log, and a series of icons along the bottom of the screen. One of these icons says simply "Web".

This doesn’t open an artificial, internal browser, as you might expect. Instead, it minimizes the game and opens your actual browser of choice. You’ll need it, too. Some of the puzzles require a Google search or a trip to Wikipedia to solve.

6 You Can Fail The Missions 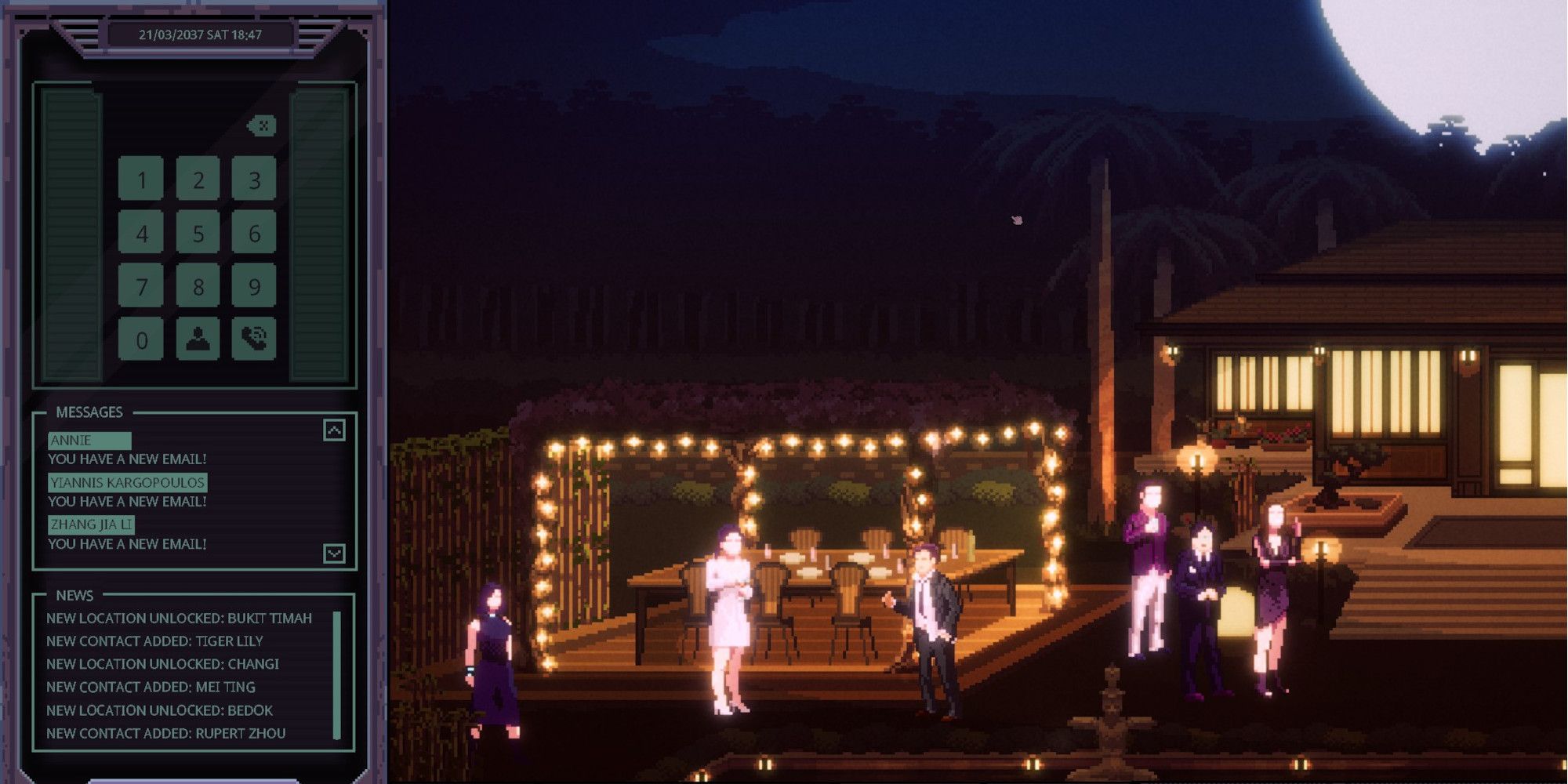 The game doesn’t tell you until the third case that missions have a fail state. You infiltrate a corporate party for the unveiling of a new product line, and you have to hack someone’s email without getting caught by the host.

The tutorial very explicitly explains that failing to hack into the computer within a certain amount of time will automatically end the game and you’ll be returned to the beginning of the case. After the tutorial, you’ll have to move carefully to ensure you don’t wander into a fail state.

5 Make Sure To Watch The Clock 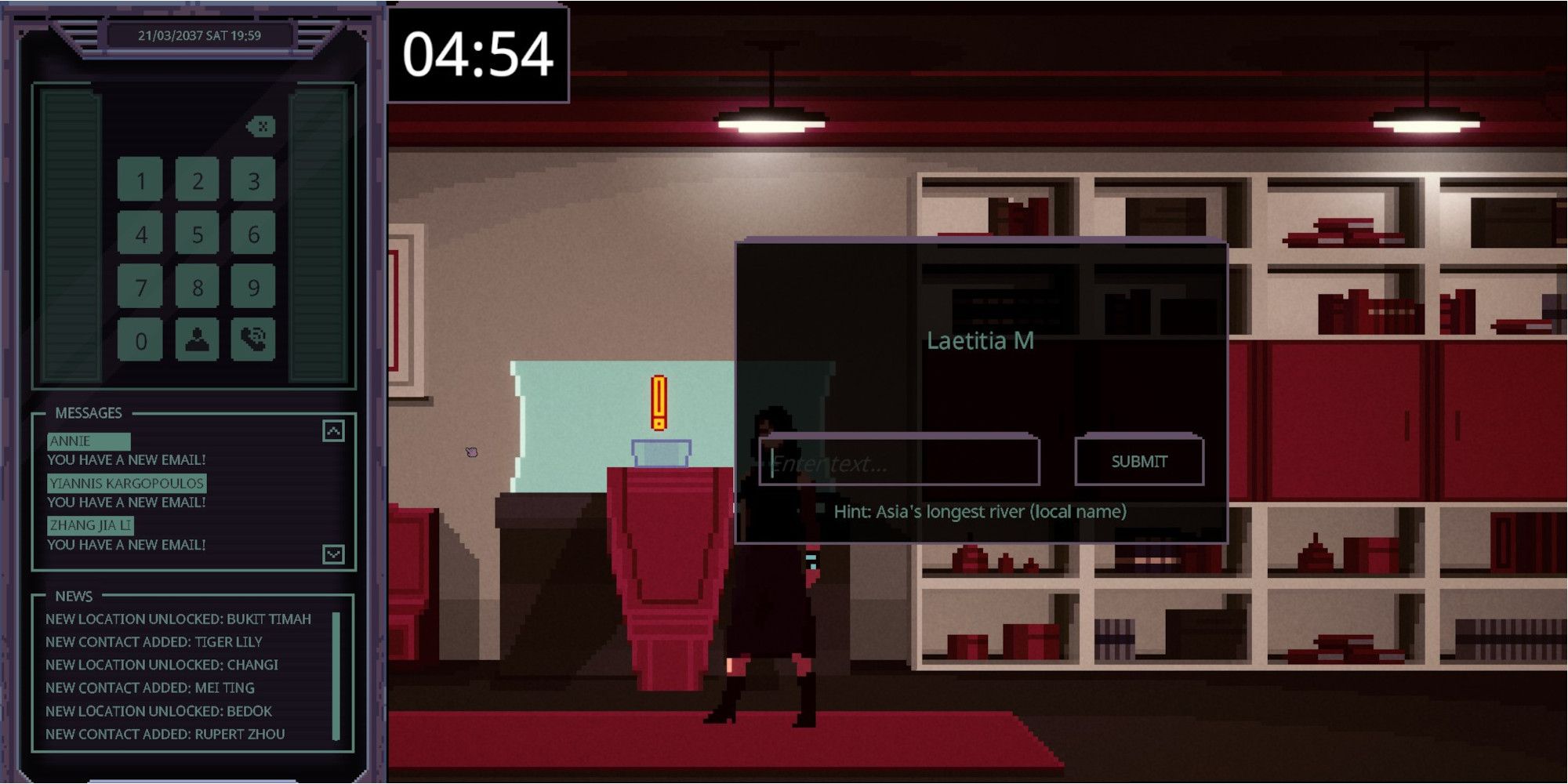 Some missions, like the one where you’ll hack the computer at the party, are timed. You have a certain number of minutes to complete a task. A helpful timer usually appears, letting you know how much time you have left.

In addition, you’ll have to meet clients and contacts at certain places and at certain times. There is a Wait feature that simplifies things, but make sure to keep one eye on the clock! Missing an appointment can change the results of your case, or even end your game prematurely.

4 The Tutorial Is Longer Than You Think 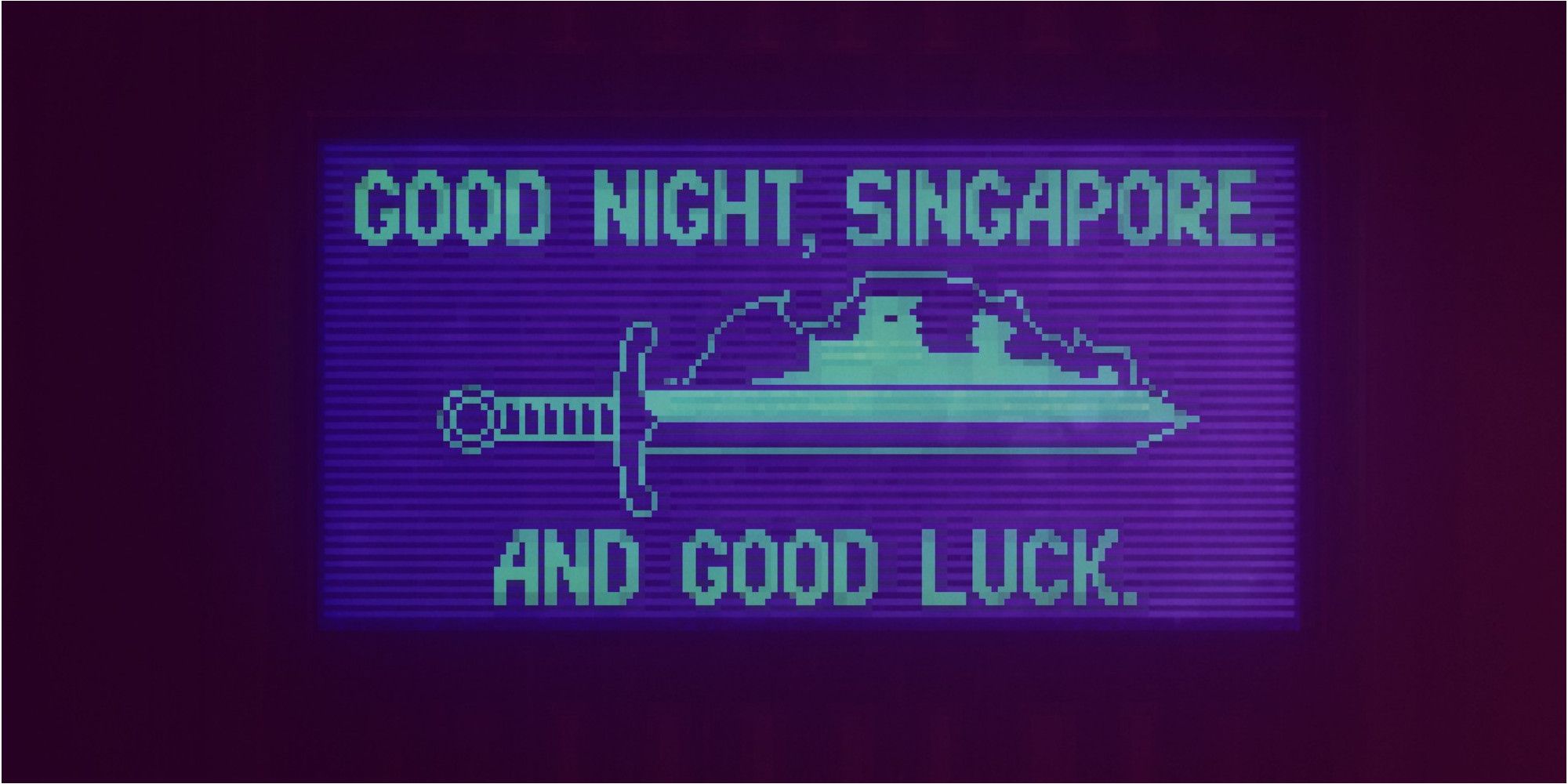 Chinatown Detective Agency seems pretty helpful with the onslaught of hints it provides until you realize that the first three cases are just the tutorial missions to set up the rest of the game. The tutorial ends abruptly with a cutscene involving your character’s former boss, the superintendent of Singapore’s INTERPOL branch.

Afterward, you’ll be prompted to choose from the three previous cases. You can only work full time for one of your clients: Rupert Zhou, who knows powerful people, Tiger Lily, a representative for a man trying to return stolen artifacts, or Keeran Iyer, who is trying to uncover a government conspiracy.

3 It’s Up To You To Keep The Lights On

Being a private investigator is expensive. It’s up to you to make sure Amira pays her bills on time. Once a month, you’ll receive an email with your rent and utilities. You’ll have to use your money wisely to ensure you have enough each month to pay the bills.

You’ll be spending quite a bit of it on other things: you’re responsible for your travel expenses. And if you fail to pay your rent for two months straight, it’s game over! Make sure you’re setting enough aside. 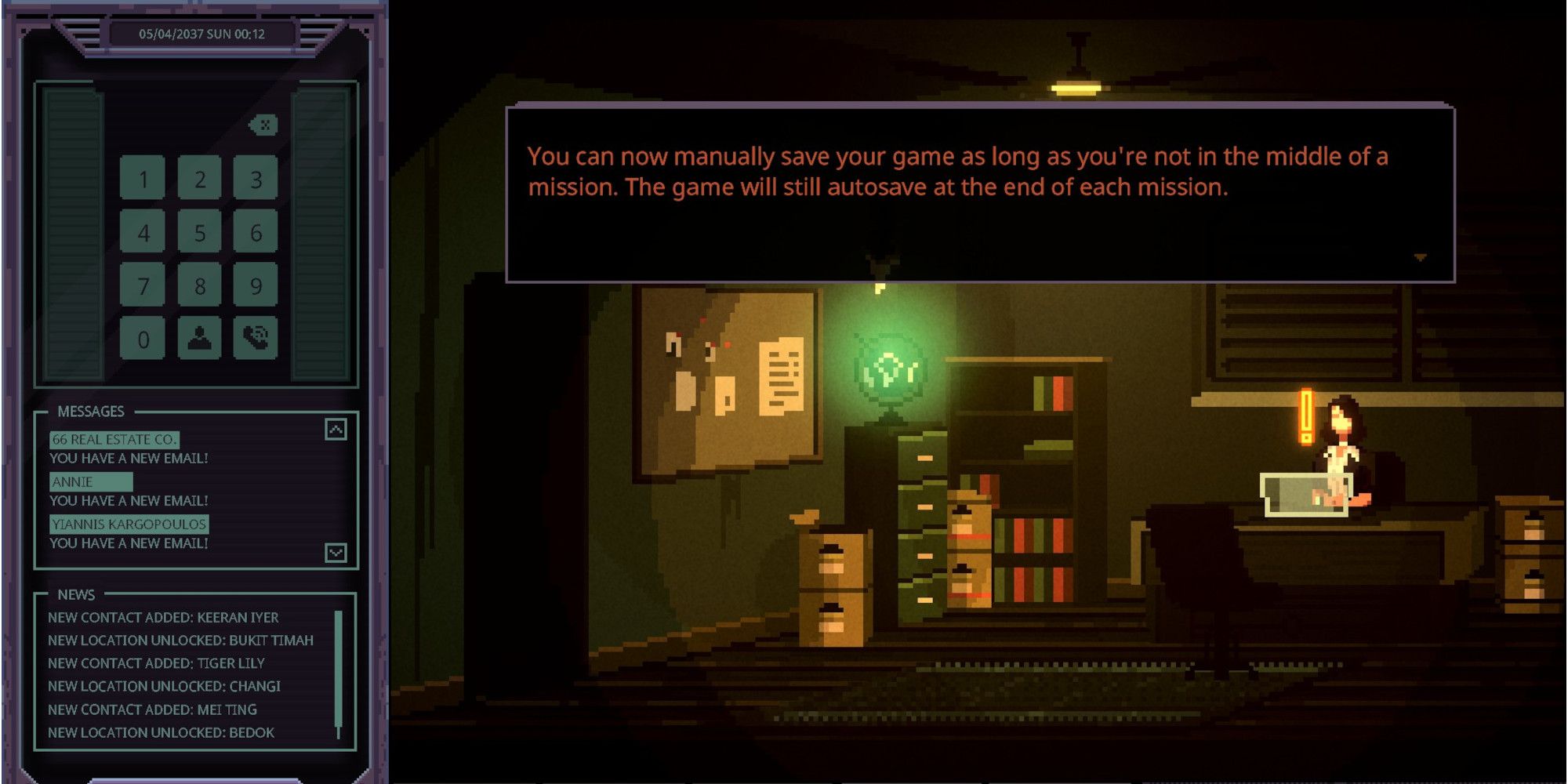 Chinatown Detective Agency autosaves once a case is completed. And at first, this is the only way to save. You’ll have to unlock the ability to save manually by completing the tutorial, which you’ll want to do frequently once you have access to that feature.

Like most point-and-click adventure games, Chinatown Detective Agency has a lot of pitfalls, some of which will alter the outcome of (or abruptly end) your game. Also, if you want to try all three of the cases, saving just after the tutorial will effectively allow you to skip over it in subsequent playthroughs.

1 There’s An Internal Hint System (But It Costs Money) 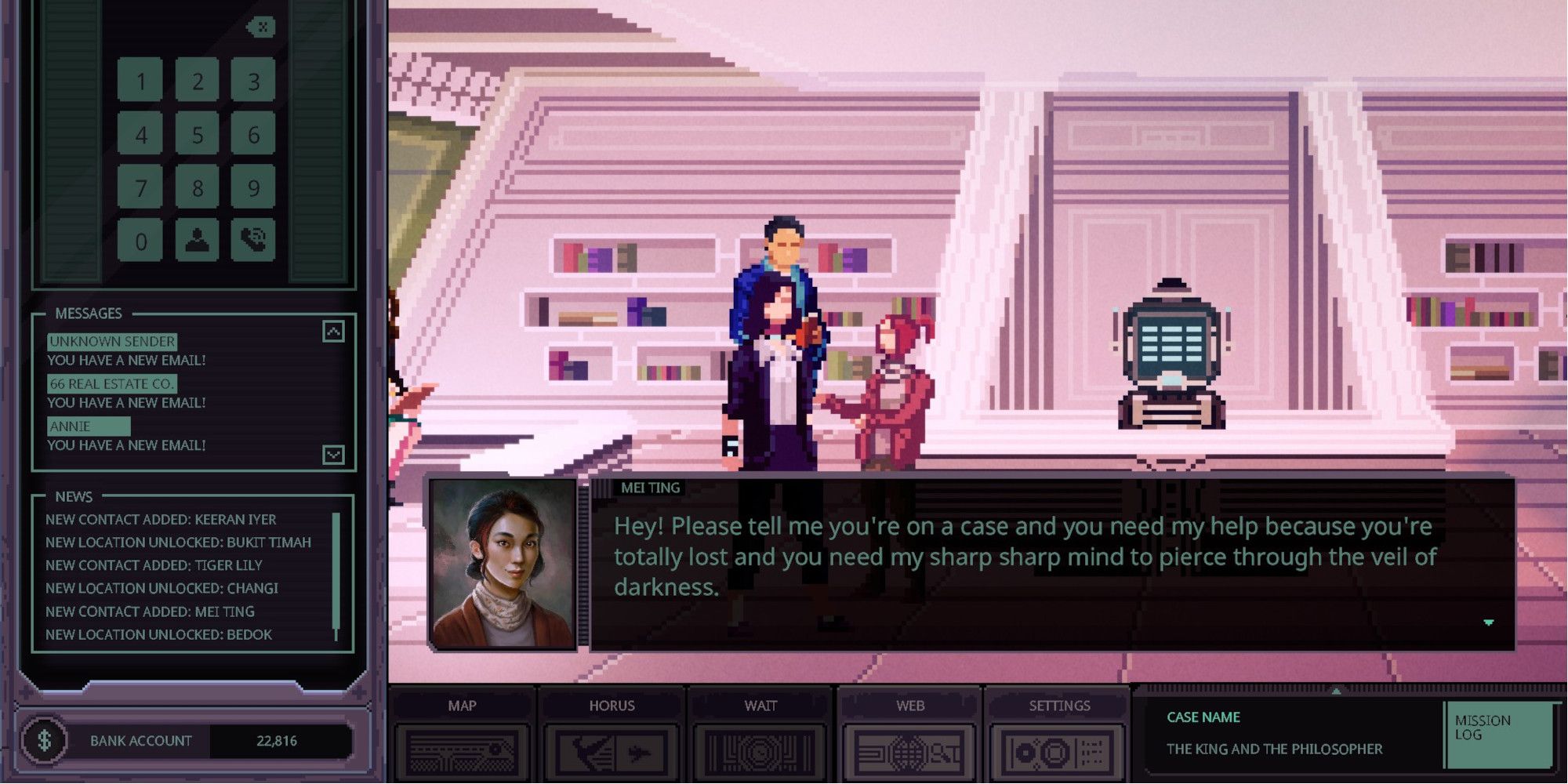 In your first mission, you’ll meet Mei Ting, an energetic librarian who agrees to help Amira – for a price, that is. Amira pays her to break a few rules to help you solve the case. Later, Mei Ting will call you with good news: she wants to keep helping you.

She is an incredibly helpful resource who can either point you in the right direction of a difficult puzzle or simply hand you the solution. However, Mei Ting doesn’t do this out of the kindness of her heart. You’ll need to pay for her help each and every time you talk to her.

Guild Wars 2: How To Complete The Reins Of The Raptor Achievement

How video games could be used to generate AI training data