Trying to get a perfect Pokémon in Pokémon Sword & Shield can prove to be a very daunting and challenging task. Aside from leveling that Pokémon up, a player must also take the Pokémon’s EVs, IVs, Nature, and a lot more into account while training or hatching it. However, a recent method has proved to significantly speed up the process and let Pokémon Sword & Shield players get their desired Pokémon in minutes.

Twitch channel OaksLab allows viewers to generate any Pokémon they wish and then transport it into their own Pokémon Sword & Shield games via a trade. Interestingly enough, the process is a bit elaborate, but does seem to give players what they want. Here are the steps that are necessary for the trade: 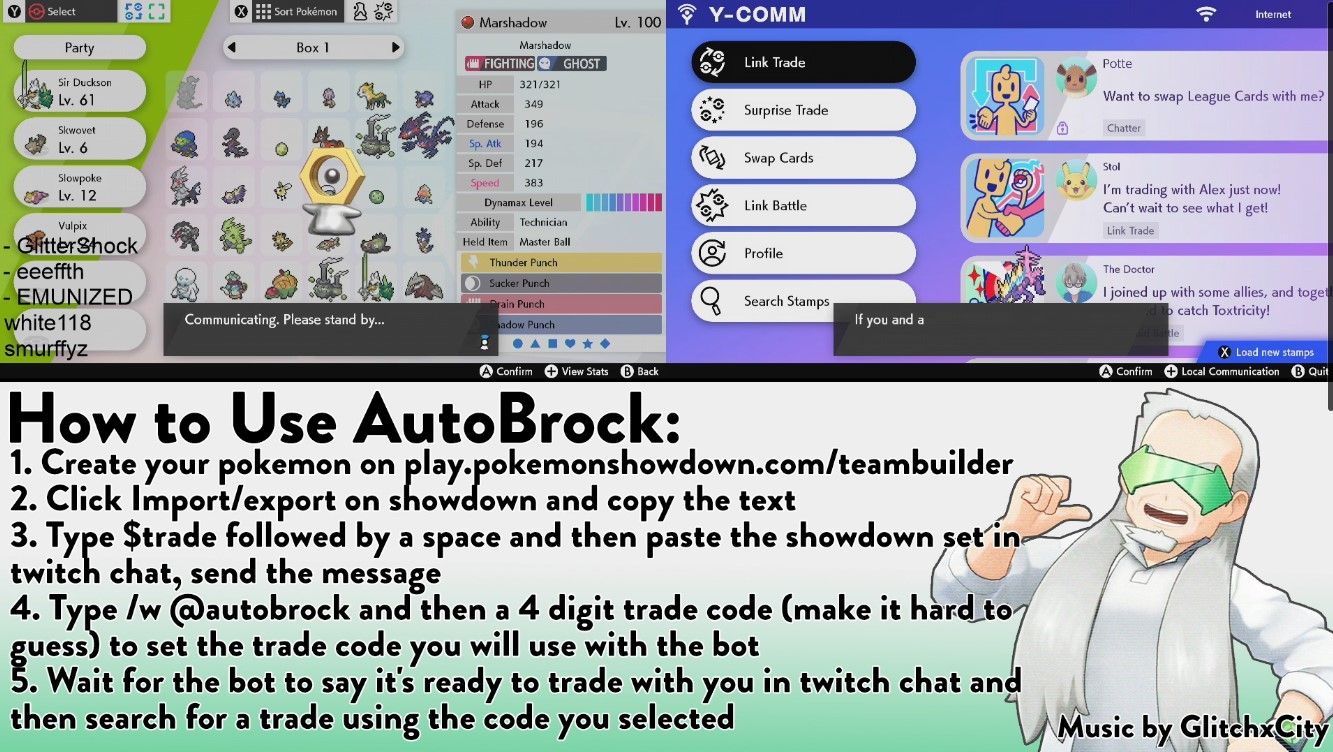 • First, a player must go to Pokémon Showdown and generate themselves a Pokémon of their choice. For those who may be unfamiliar, Pokémon Showdown is a browser game where fans play competitively, and one of the game’s features is the ability to give any Pokémon specific stats and other things.

• Once the player is happy with their generated Pokémon, they have to click on the Import/Export option of that specific Pokémon and copy the text. Once the text has been copied, they must paste that text in OaksLab’s Twitch channel preceded by the $trade command. This allows for their request to be put onto the trade list (basically a reservation).

• Immediately after pasting and sending the text in chat, the player has to type in “/w @AutoBrock” (without quotes) and a 4 digit trade code that will be used for the trade itself. It’s important to not share the code with anyone else so that they don’t end up getting the desired Pokémon instead. Essentially, the command is used to whisper, or send a private message, to the AutoBrock bot.

• Finally, the waiting game begins. The player then has to stay in chat and wait for the AutoBrock bot to let them know that the trade is ready. Once AutoBrock is ready and notifies them, the player has to use the 4 digit trade code to initiate the trade and get their desired Pokémon.

There are of course certain rules that must be followed. For instance, players are not allowed to create Pokémon with outrageous stats, nor are they allowed to create “perfect Dittos.” Also, players can ask for as many Pokémon as they would like, but are only limited to one request at a time. Finally, according to the Twitch channel, “These Pokémon are not intended for use in Official Pokémon Tournaments as per the rules.”

Fortnite Deadpool Challenges: How to get Deadpool skin unmasked during Week 8 revealed

4 Ways to Make Money From a Skill You Already Have: Language