V Rising handles technological progression by locking certain recipes behind specific bosses. That makes these enemies mandatory for you to kill in order to progress your gear levels. Octavian The Militia Captain is one such boss, and he will provide you with some amazing rewards if you can manage to defeat him. This is no easy task, however, as Octavian is a wily old veteran and will employ some devastating moves against you.

This guide will help you locate Octavian The Militia Captain, provide you with a good battle strategy against him, and show what you stand to gain upon achieving victory. 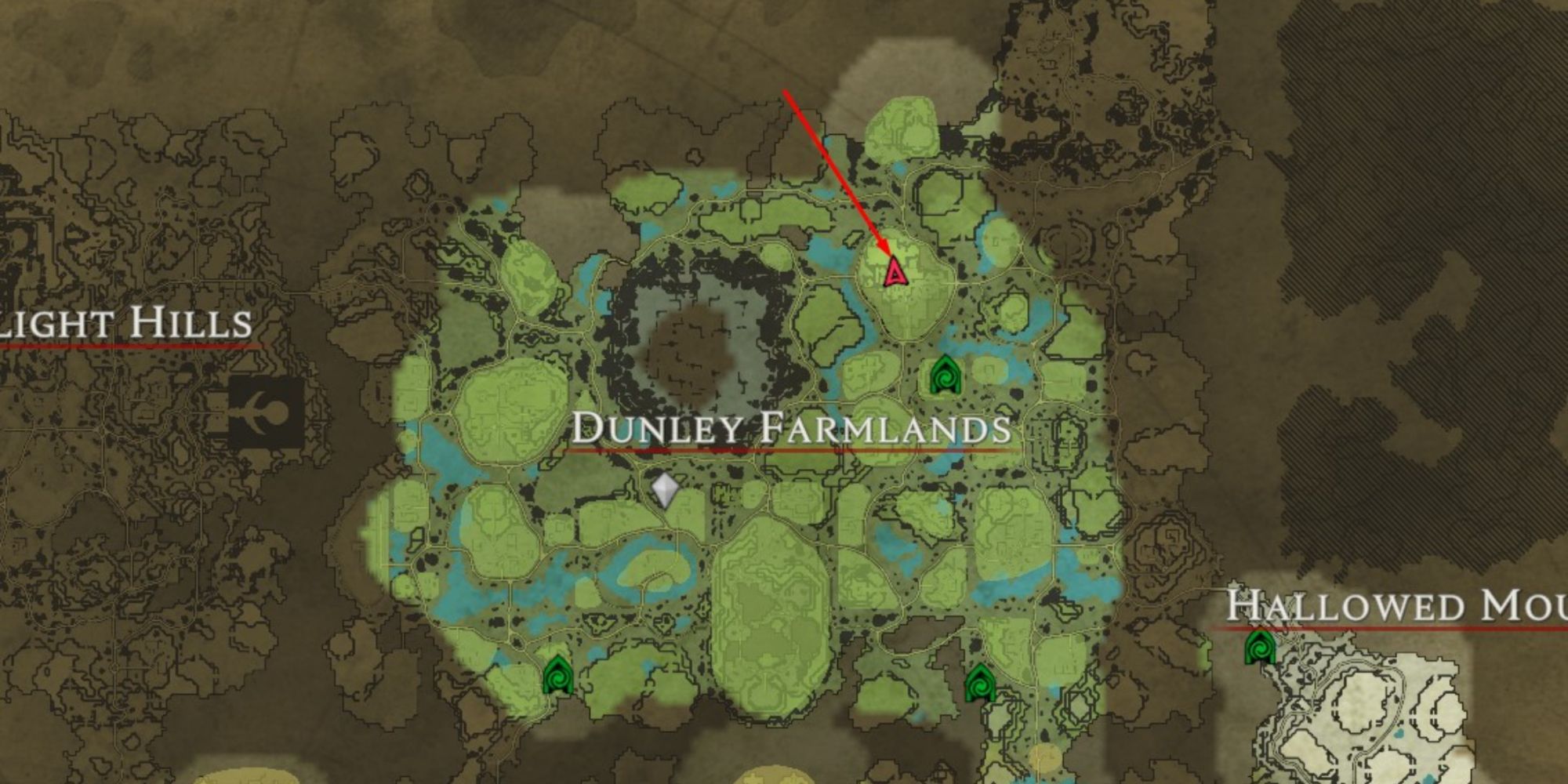 Octavian The Militia Captain can be found in the Bastion of Dunley, on the Eastern side of the Dunley Farmlands. The Bastion is crawling with enemy Militia, and large packs will roam around a variety of routes, making your task of reaching Octavian more difficult. Rat Form can be a good option in order to sneak past the majority of your foes, but be sure not to alert the Town Crier mobs. These will run away from you, ringing their bell and shouting for the guards. This will draw numerous enemies into the area and create even more problems. They are very easy to kill, but stealth may be your preferred option to avoid any potential trouble.

Octavian is situated in an enclosed arena, all the way at the North end of the Bastion. One group of guards will roam around the edge of his arena, so try and kill those off before engaging him. You will want plenty of room to run around, so it is much safer having no extra mobs to worry about. The arena is open air and has very little cover, so it is also recommended to wait for nighttime to avoid any risk of being damaged by the sunlight.

Due to Octavian remaining in a static location, the use of your Blood Altar is not particularly needed in order to locate him. 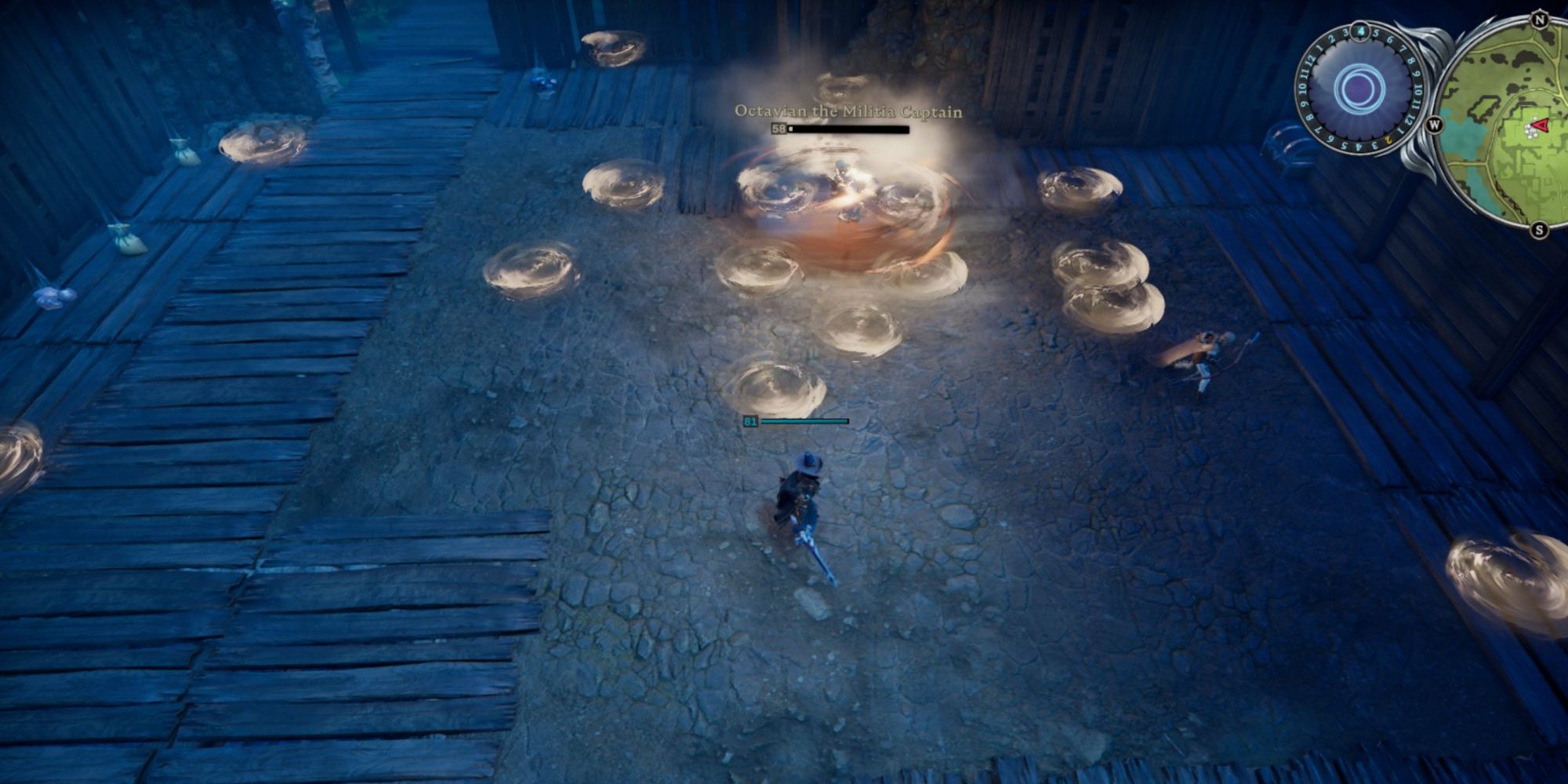 Octavian The Militia Captain is a combat level 58 boss, who focuses on using a plethora of ranged attacks to whittle you down. His first spell is to perform a frontal slam that throws out a spinning sword as a projectile. Getting hit will knock you into the air and pull you towards Octavian, allowing him to combo you with another move. The sword travels quite quickly but has a very thin hitbox, so you should be able to sidestep this, provided you are already at range.

Octavian's next ability is a frontal slash that shoots out four spinning blades in a cone. They will knock you back on hit and deal some hefty damage. Try to weave in-between two of the blades, as they horizontally extend out quite far. This move will punish you for being in melee range and it will be easier to just stay far away from it so you don't get caught by multiple blades.

The boss will periodically summon Militia Archers to aid him, which will cause you more annoyance than an actual threat. Try to knock these down quickly as they are pretty squishy and will allow you to get back to the fight. The number of Archers is dependent on how many players are engaged in combat with Octavian.

The third ability you will have to deal with is a repeated dash and lunge attack. The speed with which Octavian moves is not exceptional, and you should have time to get out of the way, but remember that he will follow this up with more dashes – keep on your toes and try to kite him until he is finished. You will become stunned for a short duration if you are hit by this ability.

Kiting is also the best strategy when it comes to dealing with Octavian's Ultimate. He will begin to spin rapidly, dealing massive damage to you if struck, and he will accelerate around the room, constantly firing out spinning blades. This ability can be very hectic and you should only focus on surviving, as it will be difficult to deal any significant damage to Octavian during this time.

Try to stay as far away as possible, and dodge any blades that come towards you, but be careful not to run out of the arena as you risk resetting the boss.

For your spell selection, try running Sanguine Coil, Chaos Volley, and Veil of Frost. This will give you some nice healing and shielding for dealing with any chip damage you might take from the projectiles, as well as enough single target damage to bring him down in a decent time. A Merciless Iron weapon is your best option, and choosing the Crossbow will give you even more safe ranged damage. Merciless Hollowfang armour is best for protection, and try to acquire some high-quality Scholar Blood beforehand, to empower your spells. 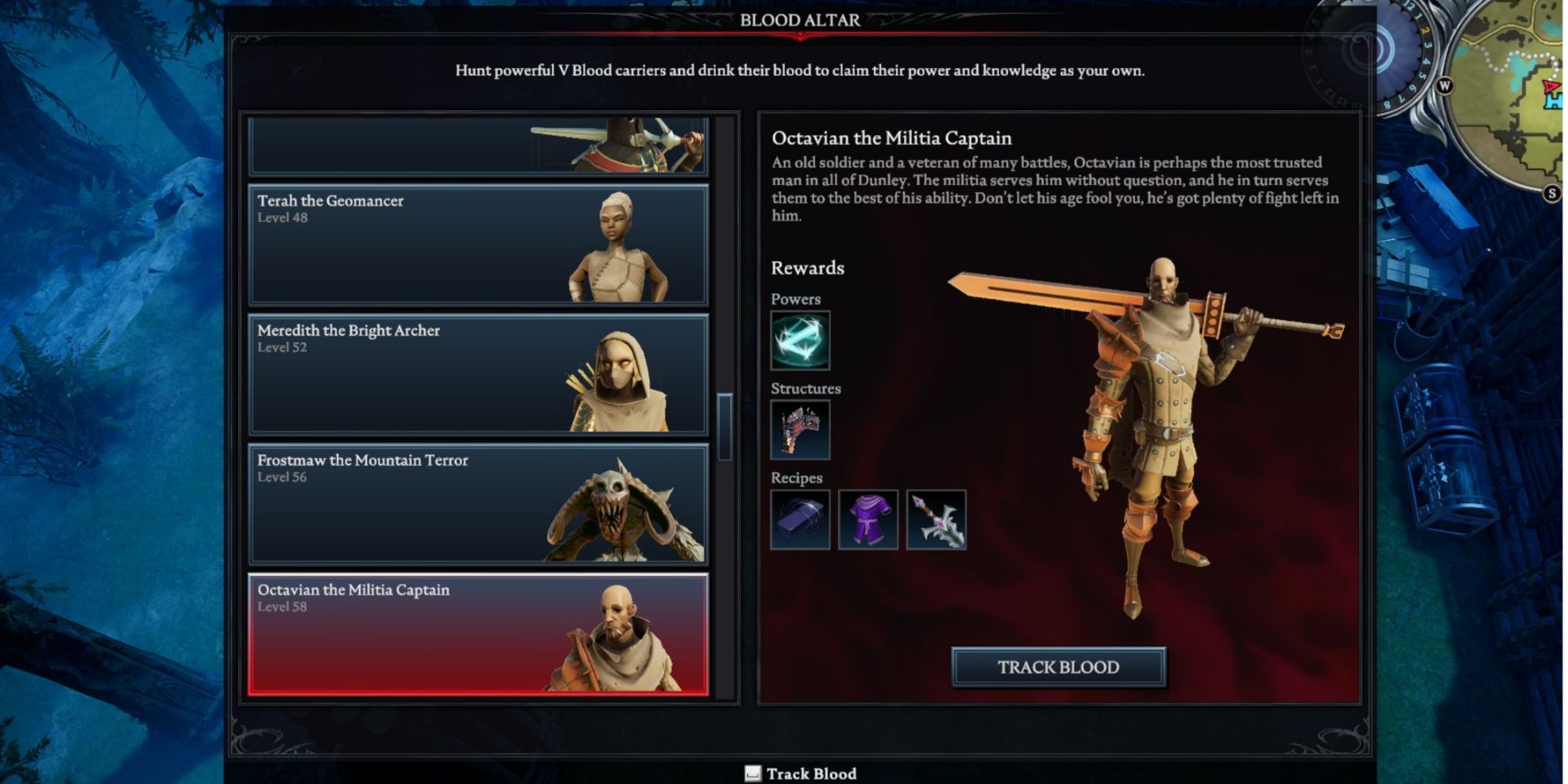 Octavian The Militia Captain grants you some vital rewards and is absolutely a mandatory kill. His first reward is the Mirror Strike Vampire Power. This Ultimate will make you dash forward and bounce between nearby enemies for three seconds, dealing huge damage and weakening their damage output. It can be recast to end the effect early, and you will perform a final dash in the direction of your cursor. This is a huge cooldown and should be your go-to Ultimate upon acquisition. The damage output is very high and can allow you to safely deal with a large group of enemies extremely quickly.

You will also be given the Anvil structure blueprint, as well as the recipe for Dark Silver Ingots. This will allow you to craft a new refinement structure, which is necessary for producing the strongest tiers of weaponry. The Anvil will take the following materials to create:

To begin using your new Anvil, Octavian will also provide you with the recipes for Dark Silver Weapons. These are solid upgrades from Merciless Iron, and you should try to craft them straight away. You will also gain the ability to produce better Armour in the form of Dawnthorn Regalia. This can be crafted at your Tailoring Bench, and like the Dark Silver Weapons, are the second-strongest tier of equipment in V Rising.

Lost Ark: Where To Find Every Mokoko Seed In Astella

AI Weekly: The future of tech policy after an attempted coup

Death Stranding and Control Go On Sale, Thanks To 505