VanMoof, a Dutch company that builds and sells a range of electric bikes, has raised €12.5 million ($13.5 million) in a round of funding from Balderton Capital and Sinbon Electronics. The COVID-19 crisis served as a “catalyst” for the investment, according to Balderton, as cities around the world ease lockdown restrictions and consider safer commuting options for people returning to work.

The long-tail impact of the pandemic is far from clear, but recent announcements from local authorities around the world suggest that the urban mobility landscape will look very different in the months and years ahead. New York last month revealed it would open up 100 miles of streets to pedestrians, including expanding sidewalks and creating new bike lanes. Other major conurbations across the world have announced similar plans, designed to keep people away from crowded public transport and ensure roads don’t become congested with private vehicles. While some of these measures may be temporary, many cities — such as Milan — have indicated that their push to reclaim roads for foot traffic and bikes will be a permanent fixture in a post-COVID world.

Founded in 2009, VanMoof touts itself as a “fully integrated end-to-end” business, which means that it controls every part of the e-bike process — from design through production, and on to sales and customer service. The company sells electric bikes through its own online store and in its own branded brick-and-mortar outlets in New York, Seattle, San Francisco, London, Amsterdam, Tokyo, Paris, and elsewhere. 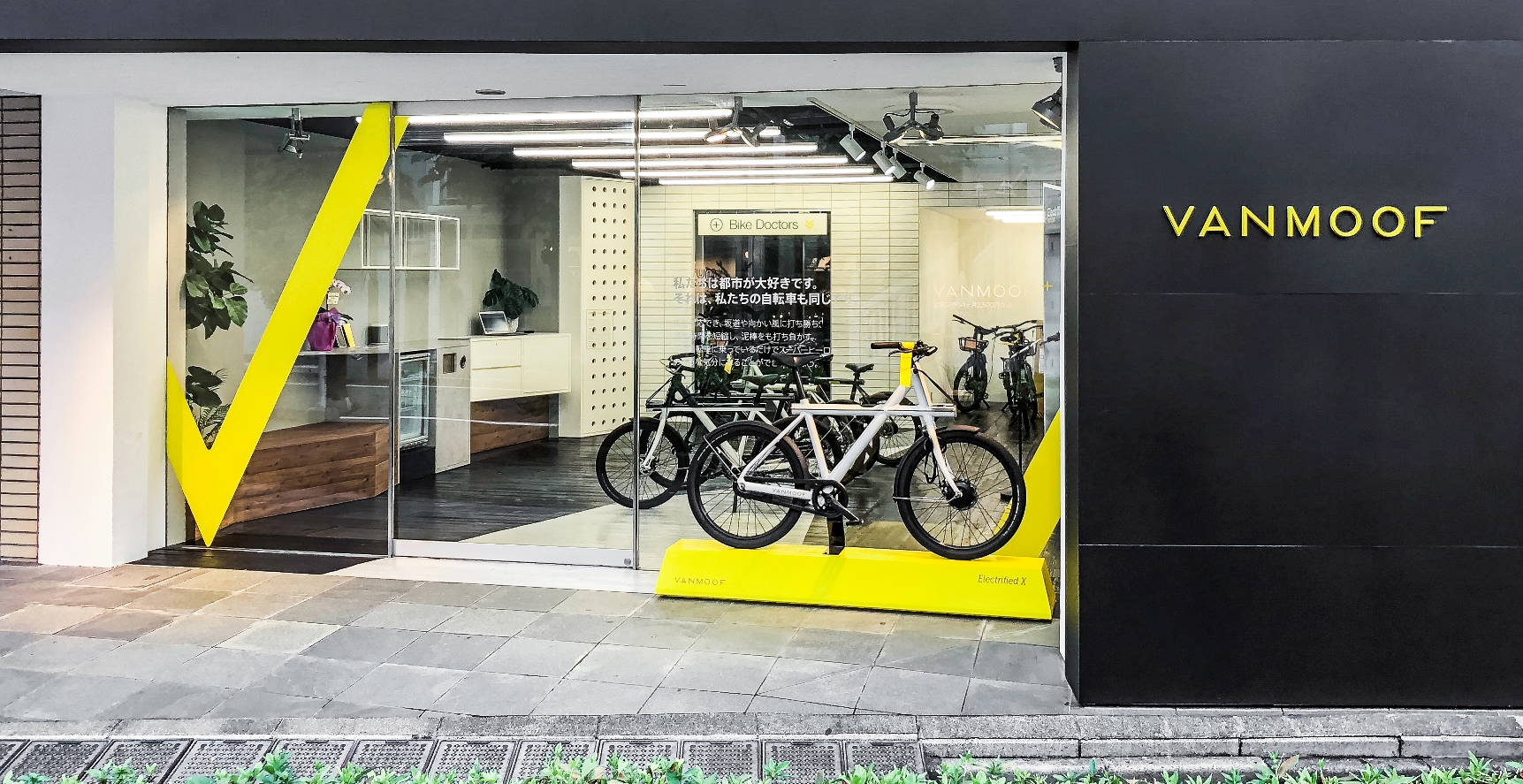 Cofounder and designer Taco Carlier said that VanMoof saw a year-on-year sales increase of 48% for February and March 2020, and its sales this year so far have remained at more than 20% over its target. The company is currently on course to pass its annual revenue goal of €100 million ($108 million), having raked in €40 million ($43 million) last year.

While it’s difficult to pin these gains entirely on the global pandemic, there is likely at least some correlation, and bike sales across the board are generally up. “With social distancing the new reality, demand for high quality e-bikes is on the rise,” Carlier told VentureBeat.

Just a few weeks back, VanMoof launched its cheapest e-bikes to date, but at nearly $2,000 they are not what would normally be construed as mass-market machines. However, in a climate where bikes and other forms of personal transport are being encouraged, consumers could be more inclined to invest in a premium bike that helps get them to work without breaking a sweat.

“The recent launch of our new electric VanMoof [e-bike] has seen sales develop at over twice the speed of any previous launch in the company’s history,” Carlier said.

A quick peek across the urban mobility landscape reveals significant headwinds for many of the major technology players. With demand for ride-hail services at an all-time low, Uber has tried to adapt by putting its vast transport network to other uses, while last week it announced it was upping its investment in e-scooter company Lime and merging its own Jump electric bike service into Lime. This move effectively allows Uber to double down on cleaner transport options while helping people adhere to social distancing measures. Elsewhere, urban transit app Moovit elected to sell itself to Intel for $900 million, after setting out to raise more VC cash before the pandemic curtailed things.

It’s clear that investors are hungry for companies that will flourish in a post-pandemic world, and VanMoof is well-aligned to benefit.

“While we believe VanMoof has built an enduring brand that will be successful whatever shape the future takes, our current moment in time was a catalyst for our investment,” Balderton principal Colin Hanna told VentureBeat. “Firstly, VanMoof is helping cities become greener and commuters to lighten their carbon footprint at a time when consumer momentum to battle climate change has never been stronger. Secondly, we’ve seen a surge in cycling infrastructure investment by cities and huge consumer willingness to move towards electric bikes as a safe commuting choice that can save money over the long run.”

According to Hanna, Balderton had met with VanMoof several times over the past year “getting to know each other,” but most of the discussions and due diligence for its investment began and closed after the COVID-19 crisis hit.

Prior to now, VanMoof had raised around $7 million, and with its fresh cash injection it will push its brand into new international markets.

Weekend Hot Topic, part 1: Are you getting an Xbox Series X or S?

Ghost Of Tsushima Armor Guide: What They Do And How To Get Them All