Apex Legends is an incredibly popular game. It is consistently in the top four most-played games on Steam and the top ten most-watched games on Twitch. That’s pretty impressive considering its playerbase is not only split between Steam and Origin launchers, but also between consoles.

However, it has struggled to convert those players into fans of its esports scene. The final weekend of ALGS Split 1 action attracted 134,000 viewers on YouTube – a reasonable number, sure, but a fraction of the 1.4 million people who tuned into the Raiders Collection Event trailer on the same day. The separation of Apex Legends and Apex Legends Global Series on social media and YouTube likely impacts this, as does the fact that the trailer was two minutes long and the esports event came in at four hours. But EA knows it needs to better promote the Apex Legends esports scene to casual players in order for it to be a success.

During the ALGS Championship, EA and Respawn released four character skins that players could buy, and a slice of the money would add to the prize pool that players would compete for. The system worked well, and $1,580,590 was raised by regular players – more than doubling the original $1 million. However, the skins themselves were, well, random. Pathfinder looks like a chameleon, Octane a cheetah, and Fuse doubles down on his inherent Australian-ness.

A recent datamine by HumanSAS on Twitter has shown that EA and Respawn are doubling down on their efforts to convert regular players into avid esports fans by adding team-based banner frames to the game. As these are yet to be officially revealed, we don’t know whether they will be available for purchase as part of a bundle or earned through Twitch Drops, but we’d assume the former. 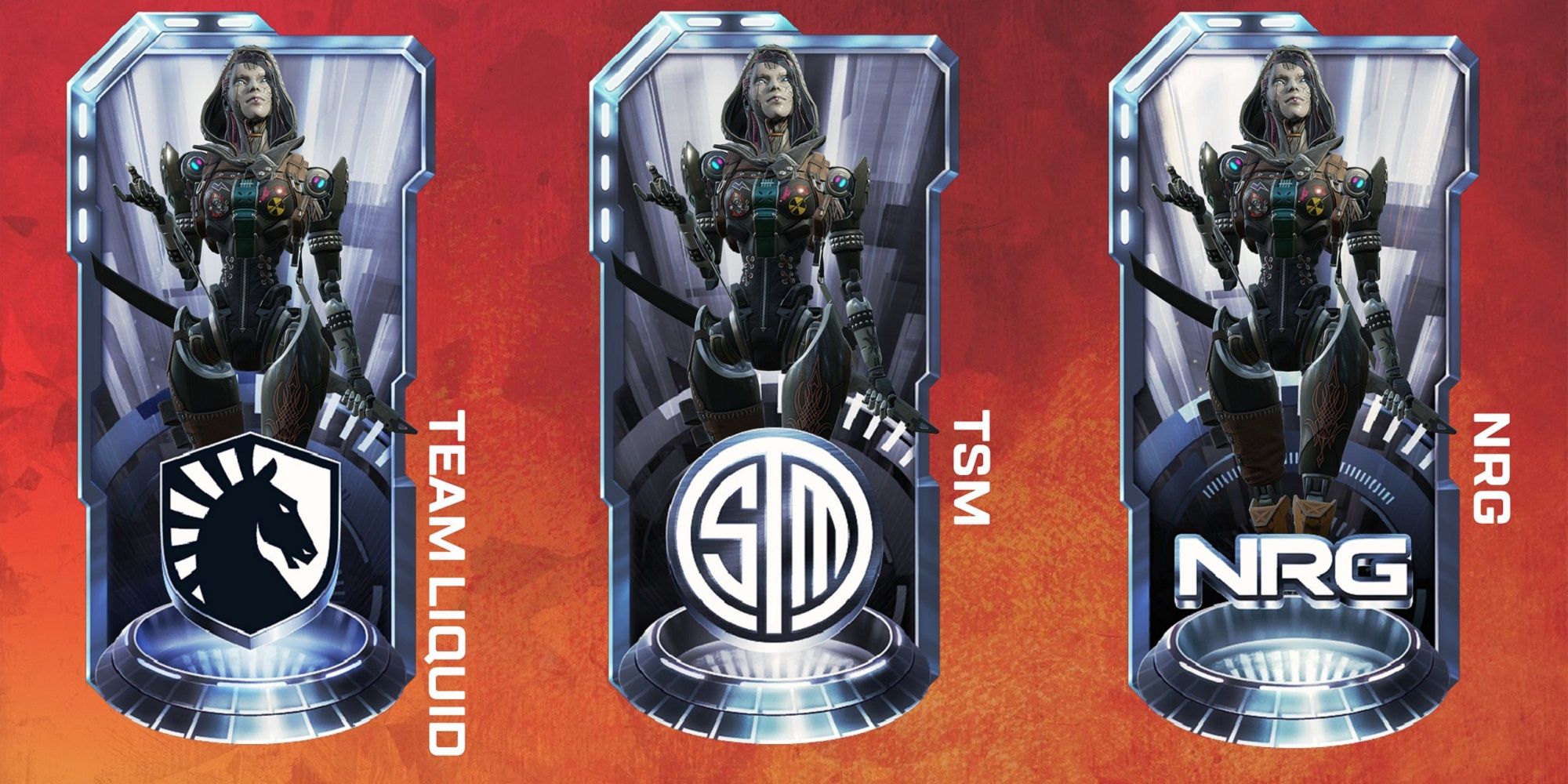 Many esports fans want to support teams directly by buying branded in-game clobber, and banner frames are a good place to start. Many other esports offer similar bundles that allow regular players to buy skins or other cosmetics to directly support a team. Call of Duty League and the League of Legends World Championship both give some of the money from the purchase of a team-branded cosmetic to the team in question, which lets fans feel like they’re directly supporting their teams.

Whether Apex Legends follows this route or returns to its crowdfunded prize pool, it still isn’t enough. Banner frames are fine, but they’re seen for seconds at the start of a game, or a few moments more if you choose to spectate your killer after you get mown down in Fragment East. Creating bespoke Legend skins like other games would vastly increase the visibility of the brands, helping both the team organisations and the esport as a whole. 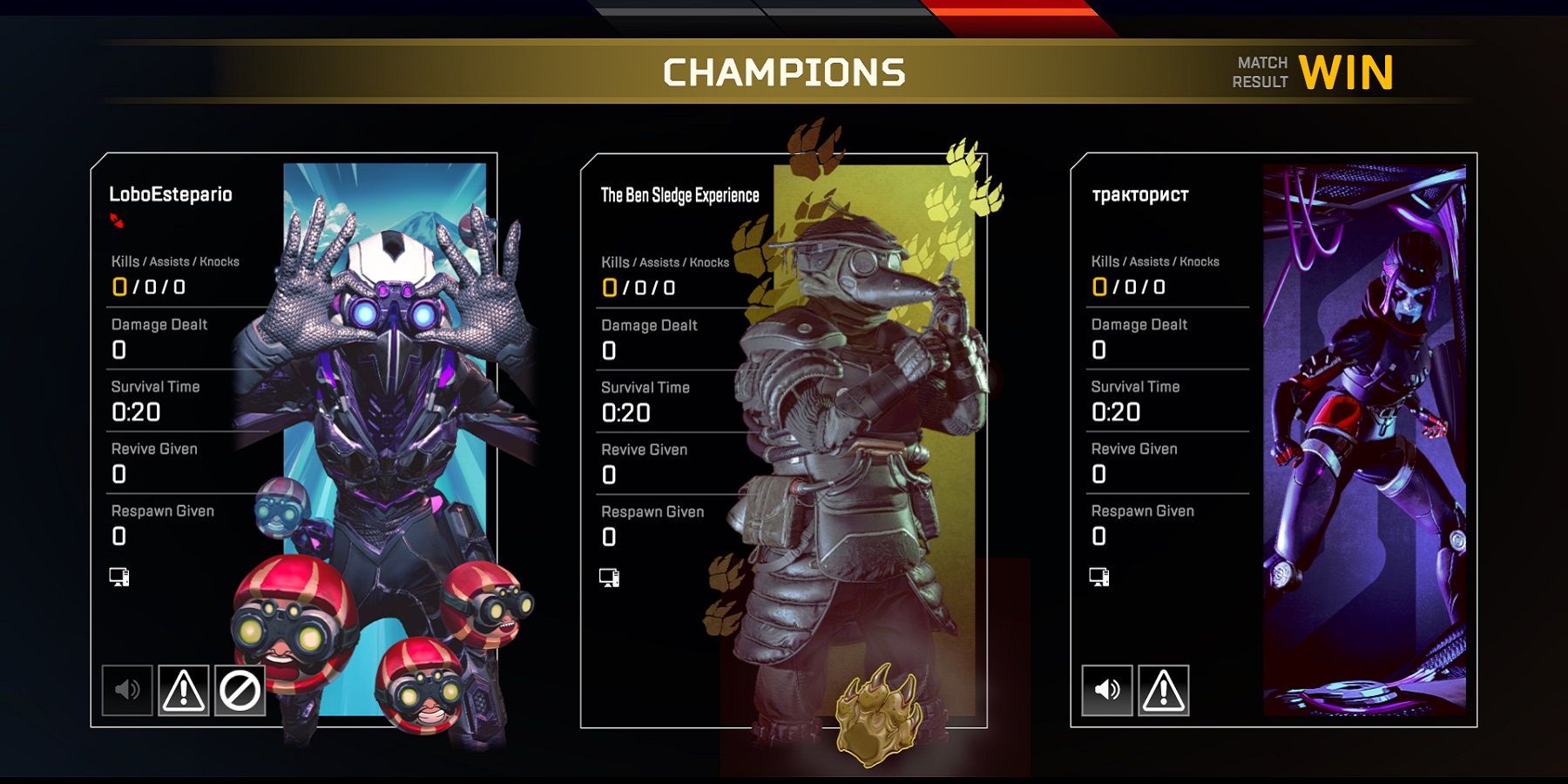 Put simply, I don’t think I’ve ever seen a banner frame that has made me look twice. They’re overshadowed by the complex skins and fun emotes that the Legends are wearing and performing on the opening screen of an Apex match. I’ve spent real money on skins occasionally – the bundle to support the ALGS Championship and the white raven Bloodhound lore skin are recent examples – but I’ve only ever paid for a banner frame when it’s come bundled with something that I actually want. Skins are cooler, more exciting, and more visible – so why are we stuck with boring old banners?

Don’t get me wrong, the banner frames are a step in the right direction to get more players watching the esport and rewarding players for participating, but Apex Legends is still lagging behind the major players in competitive gaming when it comes to advertising itself to players and incentivising investment from major organisations.

Did 343 Just Forget To Give Damage To Half Of The Guns In Halo Infinite?