Half-Life: Alyx has a simple upgrade system that allows Alyx to upgrade each of her three weapons in four different ways, provided she’s found enough resin to make the enhancements. The upgrades range from 15 resin all the way up to 40 based on how powerful the upgrade is. Resin is hidden carefully around the game’s environments, so unless you really take your time to comb every inch of the game, it’s unlikely you’ll be able to find enough resin for every upgrade. It’s important to prioritize the upgrades you make, especially early on when there is less resin available.

The best upgrade in the game happens to be the most expensive, but it’s well worth it to save up for it. Half-Life: Alyx players: Don’t sleep on getting yourselves a Grenade Launcher.

First of all, you definitely don’t need every upgrade. the Reflex Sight for the pistol and SMG are essential if you have any hope of hitting enemies’ weak spots. We definitely recommend you get these upgrades first. They have the added benefit of highlighting weak points, making enemies easier to hit in the dark. 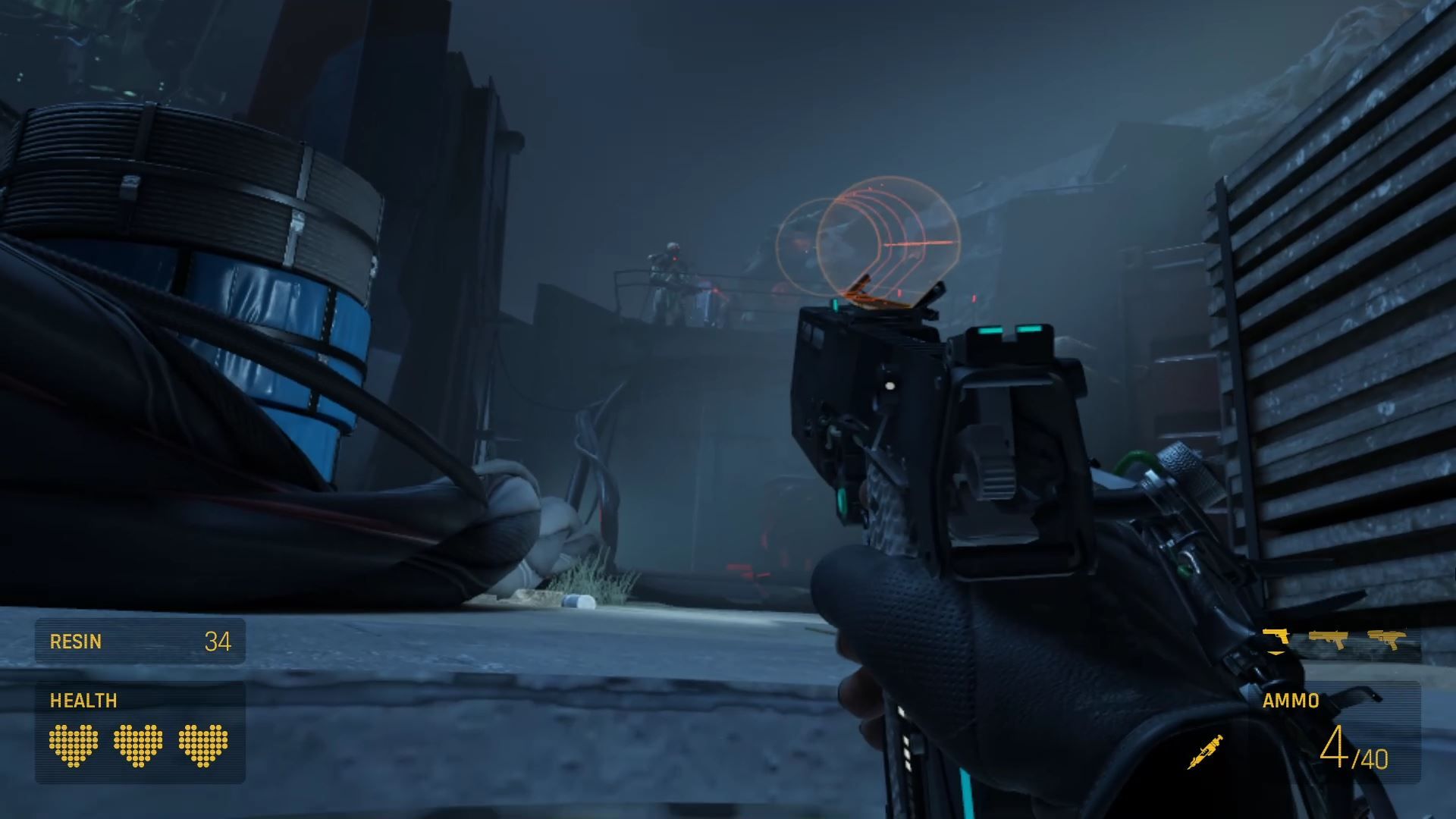 Many would recommend getting the Laser Sight for all three guns, but honestly, it’s a luxury you can afford to wait on. The Reflex Sight is more accurate, meaning you’ll conserve ammo better by using it. The laser sight certainly makes it easier to hip fire, but you don’t need it the way you need other upgrades.

We finished the game without upgrading the ammo capacity on either the pistol or the SMG. Reloading is quick, it adds to the tension of the game, and it helps conserve ammo. You can (and should) skip these upgrades entirely unless there’s plenty of resin. The shotgun autoloader upgrade is superfluous as well, so skip it.

Once you’ve acquired the Reflex Sights, set your… ahem… sights on the Grenade Launcher for the Shotgun. It will set you back 40 resin, but it’s an indispensable tool for a few reasons.

Why The Grenade Launcher Is The Best Upgrade

First of all, it’s awesome because it’s a freakin’ grenade launcher! The launcher fires a grenade long-range with incredible accuracy. Throwing grenades feels great, in fact, Half-Life: Alyx has probably the best-feeling throw in any VR game, but accuracy and range are still limited. Even if you have one hell of a pitching arm, nothing is going to beat the grenade launcher’s precision. 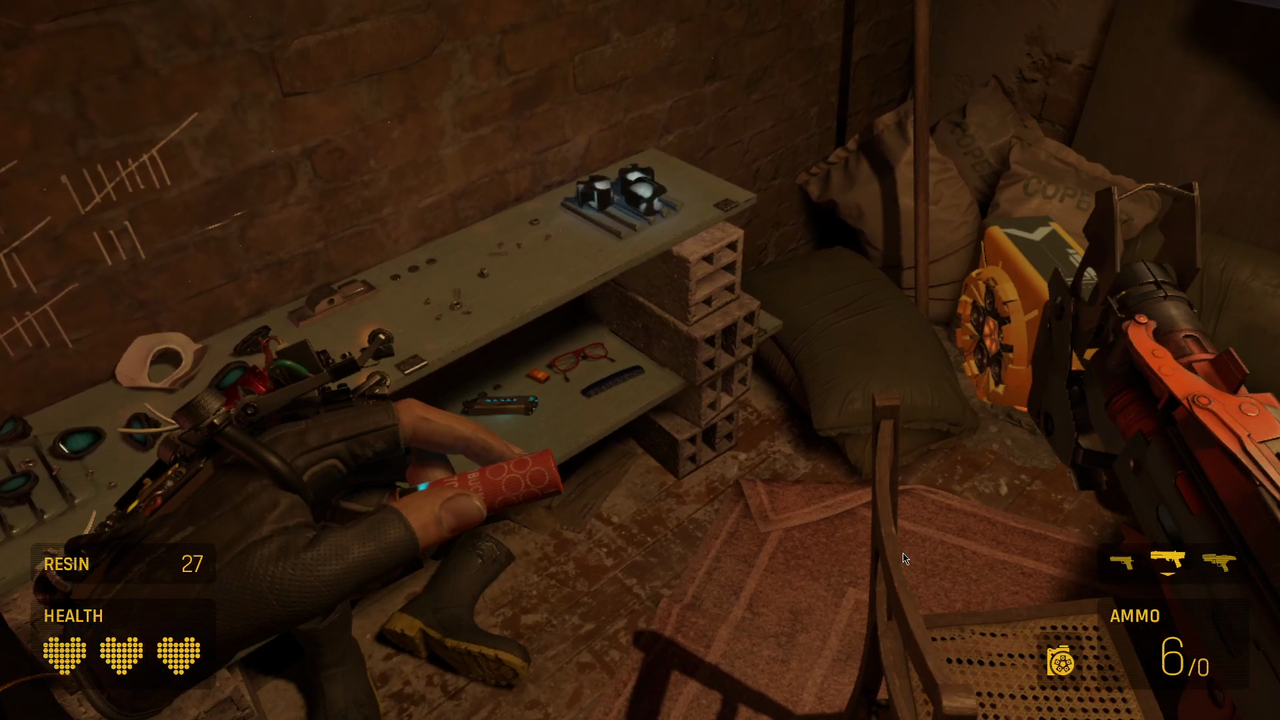 Grenades are the best weapons for taking down shielded Combine shoulders, enemies behind cover, and groups of enemies. In fact, grenades are the solution to almost every problem, and the Grenade Launcher ensures you won’t whiff your grenades. For that reason alone, the mod is an incredibly valuable upgrade to have.

However, there’s a second function of the Grenade Launcher that isn’t at all apparent until you actually unlock it. The mod uses the same grenades Alyx finds around the world, storing them at the end of the shotgun. The grenade can also be removed from the shotgun, effectively making the Grenade Launcher an additional inventory slot.

By default, there are only two inventory slots, one on each wrist, so adding a third is a massive upgrade. In our playthrough, we tried to keep one grenade and one syringe on us at all times. Unlocking the Grenade Launcher meant the ability to carry an extra grenade or an extra syringe, giving us more options in combat and greater survivability.

Select Classic PS Plus Premium Games Will Be Available Separately

Gotham Knights – Who Is Red Robin?