Newzoo apparently spent a year collating gaming market insights and trends in order to settle upon a new system of classification – or segmentation – of the gaming consumer market. This system goes beyond the traditional “casual vs. hardcore gamer” dichotomy, comprising a comprehensive model of nine unique gaming personas. 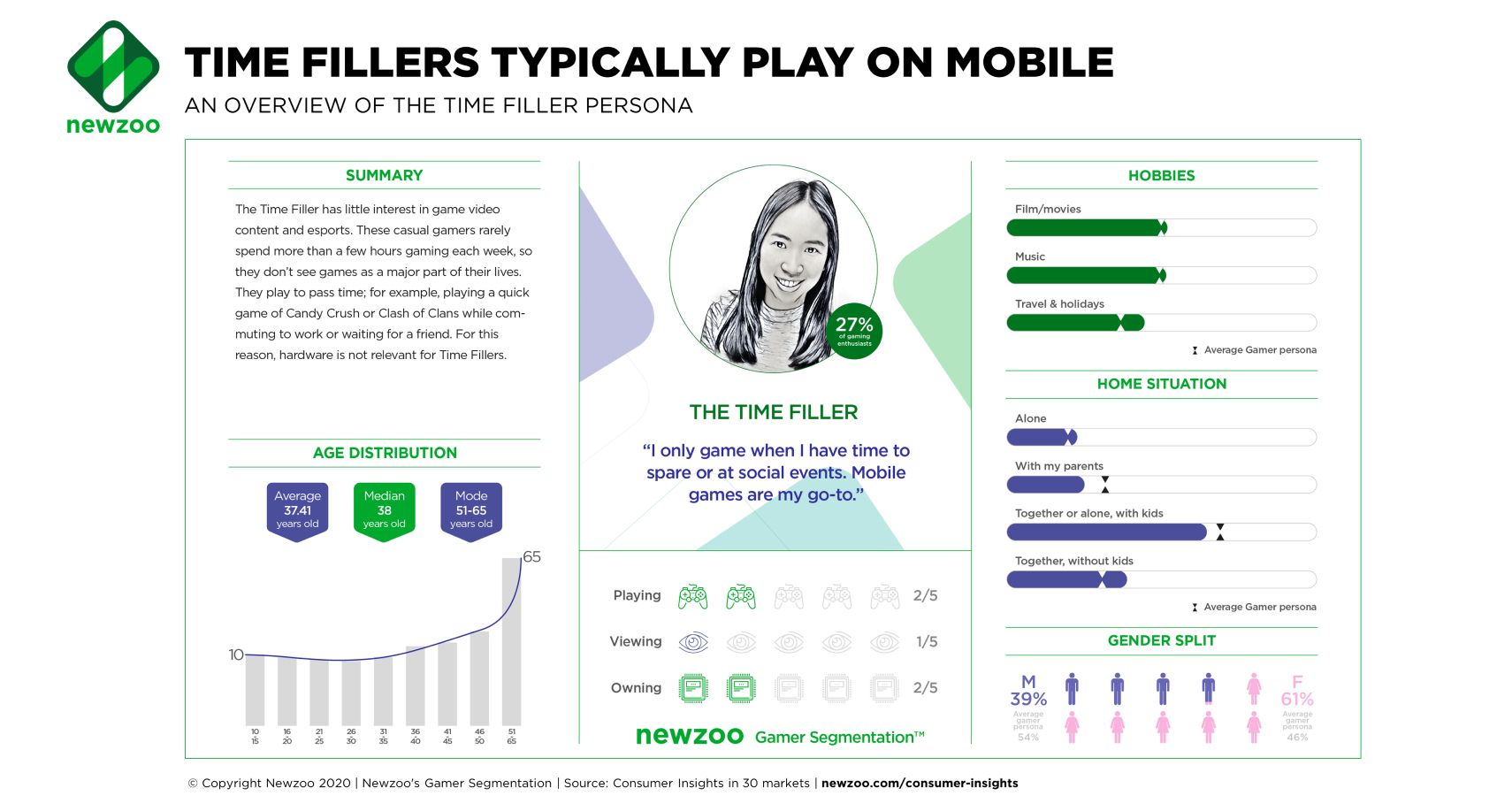 This model – dubbed Newzoo’s Gamer Segmentation™- has become somewhat of a gold standard for game companies who want to refine their marketing foci according to where the industry demands lie.

When the model first emerged a full year ago, it revealed that the majority (27%) of all “Game Enthusiasts” within their cohort embodied the Time Filler persona, and that 61% thereof were female. These findings have stood the test of time since then: an update was posted at the beginning of March this year reporting that female Time Fillers still make up the majority of Game Enthusiasts globally.

Somewhat paradoxically, The Time Fillers generally have “little interest in game video content and esports…and don’t see games as a major part of their lives.” Mobile games are their go-to, seeing as these are more conducive to quick, engaging, and easily-accessible ways to pass time during the more mundane moments of daily life. The average age (37,41 years old) for Time Fillers is also notably higher compared to other personas.

Speaking of the other personas, they’re as follows: The Ultimate Gamer, The All-Round Enthusiast, The Cloud Gamer, The Conventional Player, The Hardware Enthusiast, The Popcorn Gamer, The Backseat Viewer, and the recently-added Lapsed Gamer. If you’re interested to see where you lie on this spectrum, you can take a simplified version of the segmentation survey Newzoo used in their fancy consumer research on this page.

That last one – The Lapsed Gamer – matches The Time Filler in terms of the percentage of Game Enthusiasts they comprise and is a particularly interesting one because it is believed to hold untapped potential as a lucrative audience for game companies to target. 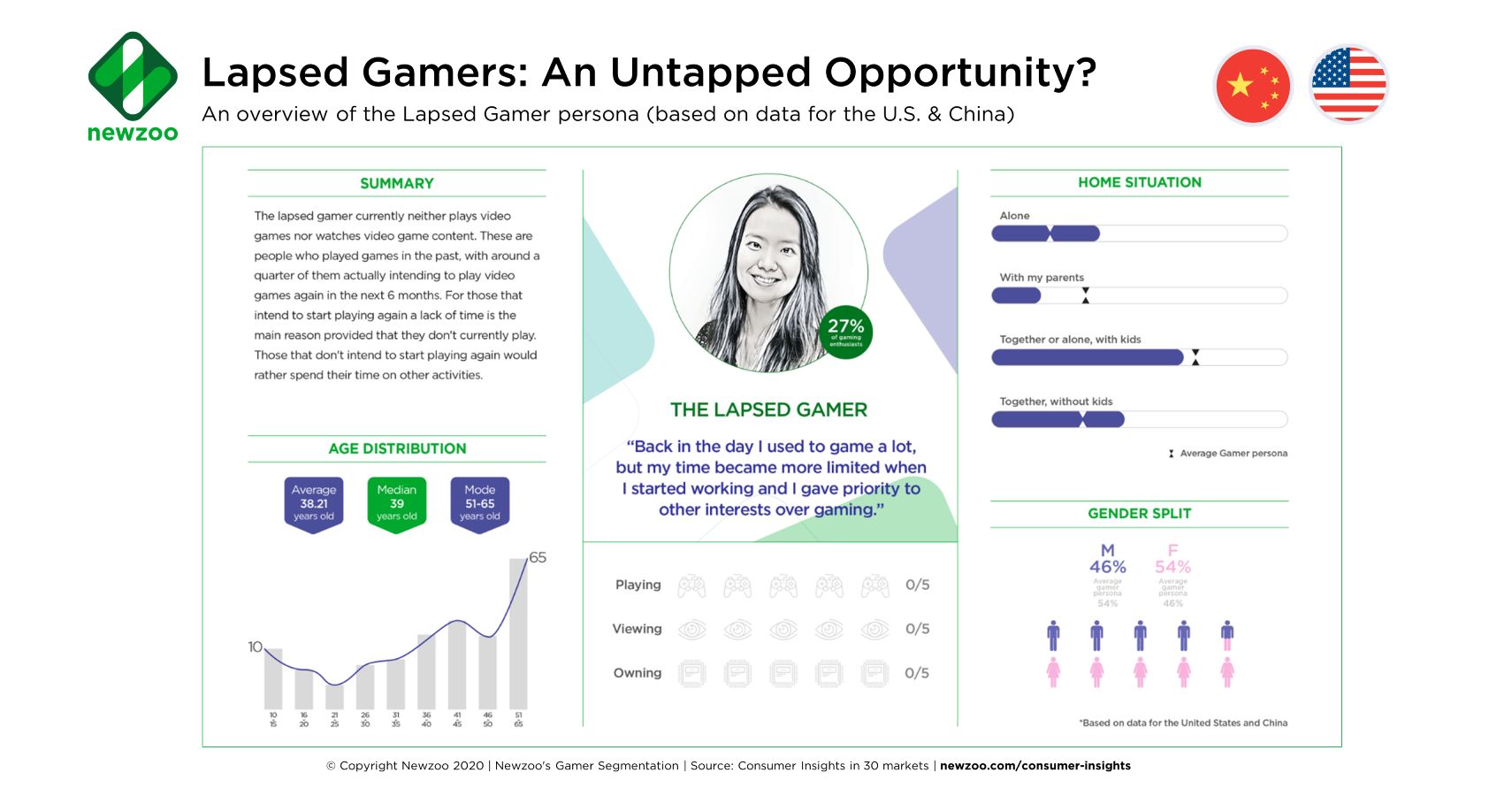 The Lapsed Gamer is characterized by the fact that they used to play games, but thanks to time constraints they no longer play nor watch video game content. But – and here’s the meat of the matter – about a quarter of them intends to play games again in the next six months. So presumably, that’s the sector that game studios could benefit significantly from zoning in on as they market their games.

And again, another interesting fact is that 54% of these Lapsed Gamers are female. So while the gaming industry is overall still pretty skewed towards male audiences, it’s worth noting that there is a whole lot of potential here that might not be getting the attention it ought to.

Fortnite RTX And DLSS Features Coming To PC On September 17