Nier: Automata is remarkably strange in a number of ways. From its philosophically inquisitive robots to the fact it has 27 distinct and equally absurd endings — one of which is triggered by eating a fillet of mackerel — it’s a genuinely singular experience.

But there’s one thing about Nier: Automata that I still think about three years later: The fact that, if you want, you can remove your own operating system and die.

“An android’s central system,” reads the description for the OS chip that is automatically installed at the beginning of the game. “Removal means death.”

I would obviously advise you to heed this warning and refrain from removing the chip that clearly means death. But, despite being the most essential component of your build, your operating system is just one of many plug-in chips in Nier: Automata — there’s an entire range of synthetic power-ups at your disposal, which can be used to enhance combat performance, improve hacking capabilities, and increase healing efficiency. 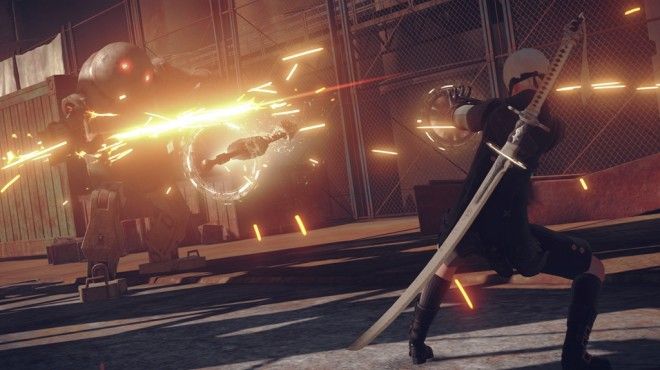 To reiterate: there are a lot of plug-in chips in Nier: Automata, meaning that there’s a remarkable amount of possible permutations on offer here. But this abundance of opportunities is never daunting, nor is it something that is absolutely necessary for progression — it’s just a genuinely intriguing system that allows you to experiment with some of the wildest builds in contemporary hack-and-slash games.

Here’s how plug-in chips actually work: you obviously can’t just equip 100 chips and run into fights with +10,000% melee damage, so each plug-in chip has its own unique cost. What’s good about this is that cost is not always tied to value — you could get a rare diamond chip that inherently costs less than another chip with the same buffs, or you could find something that isn’t fit for the bin. Similarly, it’s sometimes worth running the numbers to see if two ostensibly bad chips take up less weight than one excellent one, because the effects of chips of the same type stack. Basically, combining two shit chips could make you stronger than wasting unnecessary storage on a fancy one that looks nice, but is almost unbelievably cumbersome.

You can also fuse chips of the same type together, building new, higher-ranking ones with a more efficient cost. Plug-in chips basically have their own mini-game in Nier: Automata — and it’s a pretty good mini-game.

My favourite thing about plug-in chips, though, aside from the fact that you’re allowed to take out your operating system — which, let’s be real, is completely stupid, but it’s cool that the game lets you do it — is that you can remove your HUD in order to focus on combat. 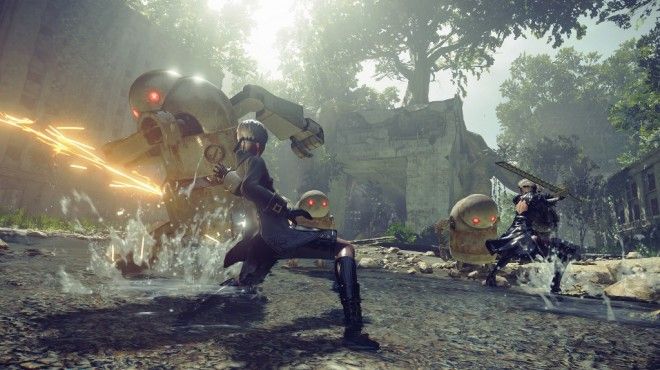 To put that into perspective: the maximum amount of chip slots you can have in Nier: Automata is 128 after getting upgrades from all the Pod programs scattered around the world, who are little robot lads who actually end up becoming the heroes of the game. Individual chip storage ratings range from 1 to 31, with higher-ranking chips obviously taking up more room.

But when you consider the fact that you might not need certain aspects of the HUD, you can clear up quite a bit of space for other chips. Let’s break it down:

That adds up to 25 units of storage space, meaning that it accounts for about a fifth of your maximum storage capacity at max level. Now, let’s be honest for a second — having your HUD intact is helpful, especially when you consider elements such as being able to monitor your HP and navigate the world using the minimap. But as you progress through the game, you’ll know where all the save points are, understand approximately how much damage you’re going to deal to certain enemies, and be able to estimate your skill gauge consumption pretty accurately. You can’t play something for 100 hours and not have at least some idea what you’re doing, unless you’re one of those people who writes not-recommended Steam reviews after logging 7,000 hours into Rogue Galactic Shuttle Engine Deck Simulator 6.3: Lost In Space. 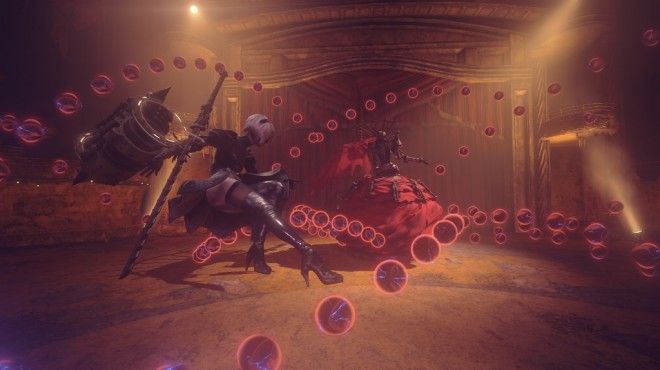 It’s a risk/reward structure, but a particularly unconventional one. It’s not like wearing light armor instead of heavy armor in order to eschew defensive potential for speed — it’s literally a case of removing the information feed from the game in order to deal more damage and take less. This is particularly interesting from a narrative point of view, as well — given that 2B, 9S, and A2 are androids, all of the UI systems in Nier: Automata make sense as being a part of their character. It’s like freeing yourself of extra knowledge in order to focus on intuition in the moment, even though said knowledge would have definitely been helpful in a more pragmatic way.

Personally, I usually disable pretty much all of the HUD. I always opt for a Bloodborne-esque build where aggression is rewarded. My ride-or-die chips are Offensive Heal, which allows you to regain a portion of the damage you deal as health; Deadly Heal, which restores your health by a small amount for every enemy you kill; and Weapon Attack Up, which increases melee damage and therefore enhances both of the previous chips. I also run Resilience quite a lot, which prevents you from getting staggered by enemy attacks — if you’ve completely ignored defensive and support chips, getting staggered means certain death, so having the ability to continue swinging even as you get clocked in the head by a massive robot arm makes a huge difference.

The coolest chip for a build like this, though, is Overclock, which causes time to slow down after you execute a perfect dodge. There’s something special about this when you’ve got all the HUD turned off — it almost feels as if you’ve gone into some kind of elite combat android mode, where you analyze enemy attacks like a robot Sherlock Holmes and are able to capitalize on the gaps you create at lightning speed. Also, with the Offensive and Deadly Heal chips equipped, Overclock basically makes you invincible. 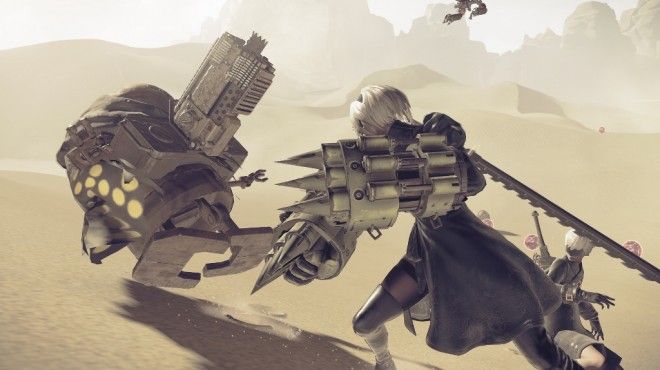 This is just the beginning of Nier: Automata’s experimentation with plug-in chips. Although the operating system and HUD removal result in death and extra storage space, respectively, there’s another kind of chip that’s wilder than both combined.

If you’re playing Nier: Automata on Easy, you’ll be able to use a special kind of plug-in chip called an auto chip. Like the fact you can purchase trophies and achievements from a vendor at the Resistance Camp with in-game currency, the auto chips are an unconventional way of Automata emphatically recognizing that it’s a game, and that everything in a game can be played in a different way.

There are five auto chips in Nier: Automata: Auto-Attack, Auto-Fire, Auto-Evade, Auto-Program, and Auto-Weapon Switch. They all do what they say on the tin — if you install all of them at any given time, you can pretty much just sit back and relax whenever you enter combat, as it’s impossible for the enemy’s AI to hit you, and it’s impossible for your own character’s AI to fight in anything less than the absolutely optimal way. With auto chips enabled, all you need to do is explore the world and follow the path to your objective — as soon as a machine attempts to fight you, the chips will kick in and take over.

Whether you’re the type to disable every HUD prompt in the game to wreak havoc with your Demon’s Cry bracers, or you just want to use auto chips to sit back and enjoy the show, the sheer variety of Nier: Automata’s plug-in chips make it a game that is endlessly inventive. And given that you technically have to beat Nier: Automata five times to beat it once — honestly, the amount of times the title screen pops up during a single playthrough is almost obnoxious — experimentation is an essential part of ensuring that it stays fresh.

Fortunately, it does exactly that.

Days Gone PC Release: Will Days Gone be on PC in the future?