We’ve all seen that Walmart metaverse video by now. It doesn’t matter that it’s an old concept that someone has tweeted out branding it as a new idea, and it doesn’t matter that everyone is comparing it to Second Life. Honestly, I don’t see what’s so bad about it – I’d enjoy spicing up my online shopping by wandering the virtual shelves. It’s hardly revolutionary, but it looks alright.

Nobody’s talking about the idea like this because Twitter is a place for dunks, not nuance. But anyway, the video got me thinking that although virtual shopping isn’t that fun, it’s hardly a game that anyone would spend meaningful time playing or completing unless there was an easy Platinum Trophy for buying everything in Walmart or something. But there's a kernel of something there. Perusing actual products while online shopping is lowkey kind of useful, and kind of cool, too. But how would you make it fun?

You add Dale Winton, that’s how. If you don’t know who Mr. Winton is, he was the late presenter of cult ‘90s TV game show Supermarket Sweep. If you don’t know what Supermarket Sweep is, educate yourself. Americans, he was our David Ruprecht except he was better. Anyway, three contestants dressed in retro clobber (admittedly it was contemporary at the time) yeet themselves around a supermarket to try to stuff as much shite off the shelves and into their trolleys. The value of your trolley is your winnings, so use your minute-and-a-half wisely.

Sure, there are quiz elements to earn bonuses and more time, but that’s all building up to the mayhem of the main event. Dale was an expert at casually building the tension – there was none of this X Factor two-minute pause for effect crap, just enough kind small talk for you to practically shout “get on with it!” at the screen. So imagine some ‘90s clips of Dale Winton in place of that lady telling you she’s already checked your ID or whatever, and you’ve got the beginnings of a game.

Then we move onto the products. The way that wine bottle was casually thrown into the virtual trolley immediately made me think of the Sweeping possibilities. Running around and grabbing items off shelves as a timer ticks down in the corner of your vision, rifling through items to get your hands on the most expensive brand of cookies, and ticking items off Dale’s special checklist for a bonus, all from the comfort of your own living room. Don’t forget, there are penalties for knocking over items or running into camera operators – this isn’t an easy game. Difficulty could be ramped up by adding more cameras or narrower aisles (navigating my local Aldi is tricky at the best of times thanks to its packed aisles) as well as adding more challenges to complete or items to track down. Add in a leaderboard shared with friends and an action replay narrated by Bobby Bragg and we’re onto a winner. 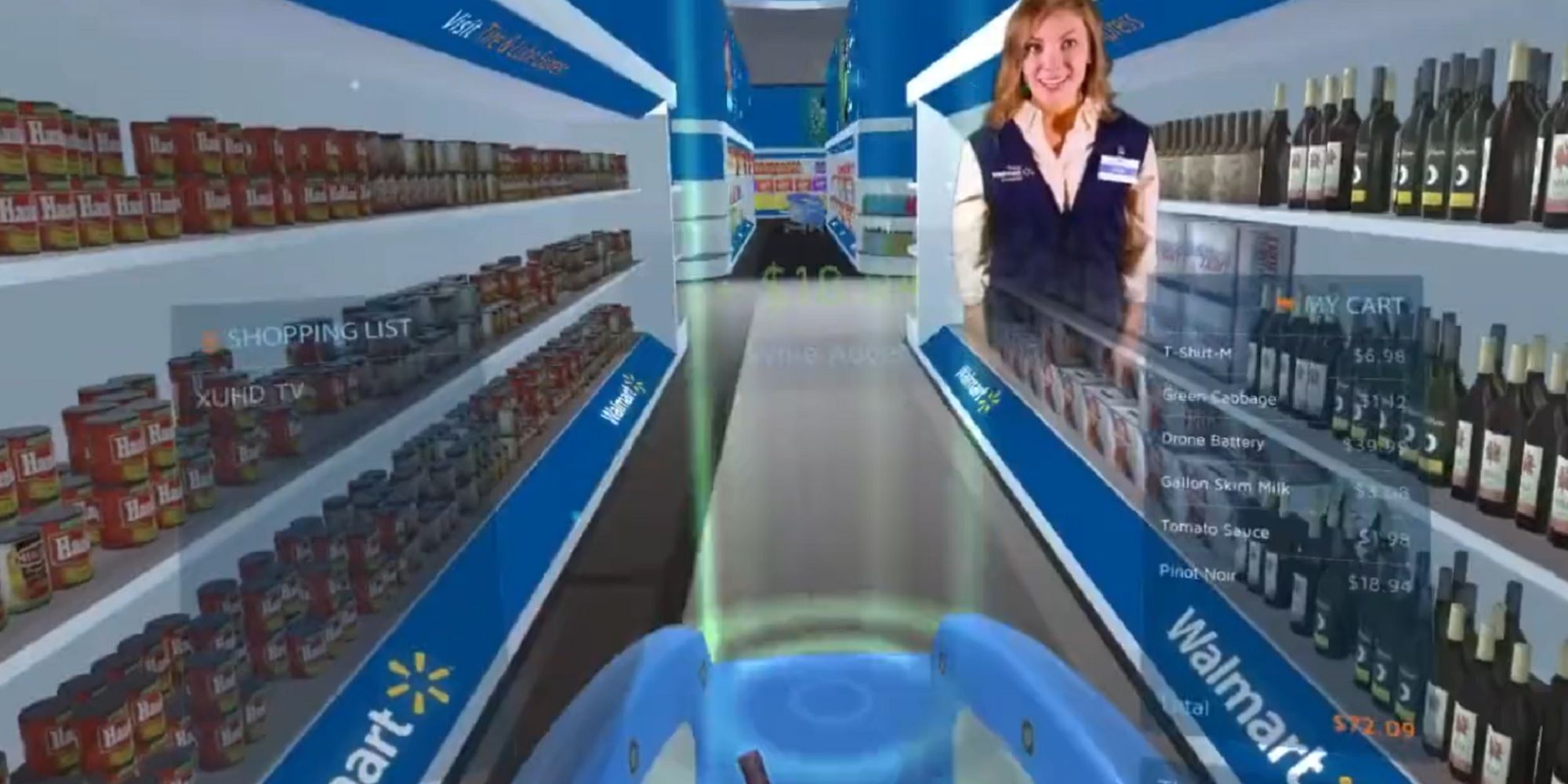 What’s not to love? You’d only need as much space as for Beat Saber or Superhot – all the running can be on the spot á la Ring Fit Adventure – and you could relive all that ‘90s nostalgia any time you wanted.

Sure, you can hop on YouTube and watch the old episodes, or even apply to be on the new version of the show. But, and I mean no disrespect to Rylan Clark who is fantastic at anything he turns his hand to, the reboot is too shiny and polished for my liking, and comes across as soulless. The fun and mayhem is still there, sure, but none of the sweat or the screams as regular people with inch-thick glasses win a couple of hundred quid. Which leads me to a potential special edition of Supermarket Sweep VR: why have a silly little action figure as a bonus? Throw in a garish pink branded jumper and I’m in. I don’t need a steelbook or a Dale Winton Funko Pop (in fact, please never desecrate Saint Dale like that), I need a jumper so bright it'll make people squint as they walk past.

I believe some good can come of that silly Walmart Metaverse concept, and that that good will come in the medium of VR-ifying ‘90s game shows. I’ve put hours into silly freeware fishing games on my Oculus – sorry, Meta Quest, so why not this? Now, what about Robot Wars VR?

E3 Only Highlights The Growing Problem Of Unrealistic Gamer Expectations