WWE 2K22 is finally here. A more-than-two-year wait for a new game in the series after WWE 2K20 was met with such a negative reaction, the studio promptly canceled WWE 2K21 and gave itself twice as long to make a new game and hopefully save the series. Long story short, WWE 2K probably has been saved by 2K22. The new installment might not have you chanting “this is awesome” to a TV screen in an empty room, but it is definitely a giant leap forward compared to where the series was when we left it.

During the build to 2K22's launch, my excitement for one of its new modes increased with each passing day. I am, of course, talking about MyGM, and I certainly wasn't the only one who thought it would be the element of the game that stood the best chance of making WWE 2K22 a truly great game. The spiritual successor to SmackDown vs. Raw's General Manager mode, MyGM allows you to assume the roles of those booking the shows and prove once and for all whether you really do know better than Vince McMahon.

Sounds great, right? To put it bluntly, it isn't. The new mode is incredibly limited. When booking matches, you only have the option of them being one on one or two on two. That's right, it's singles or tag matches and nothing else. You can give those matches a stipulation, but even that is limited to a handful of options. Extreme Rules, TLC, Tables, and Hell In A Cell. It's unclear why this is, and on the surface it makes you feel as if your interest in MyGM will be a fleeting one. Not to mention the mode appears to be extremely finite. You have to pick the number of weeks your season will run which implies at some point, all your hard work will be erased and you'll have to start over. 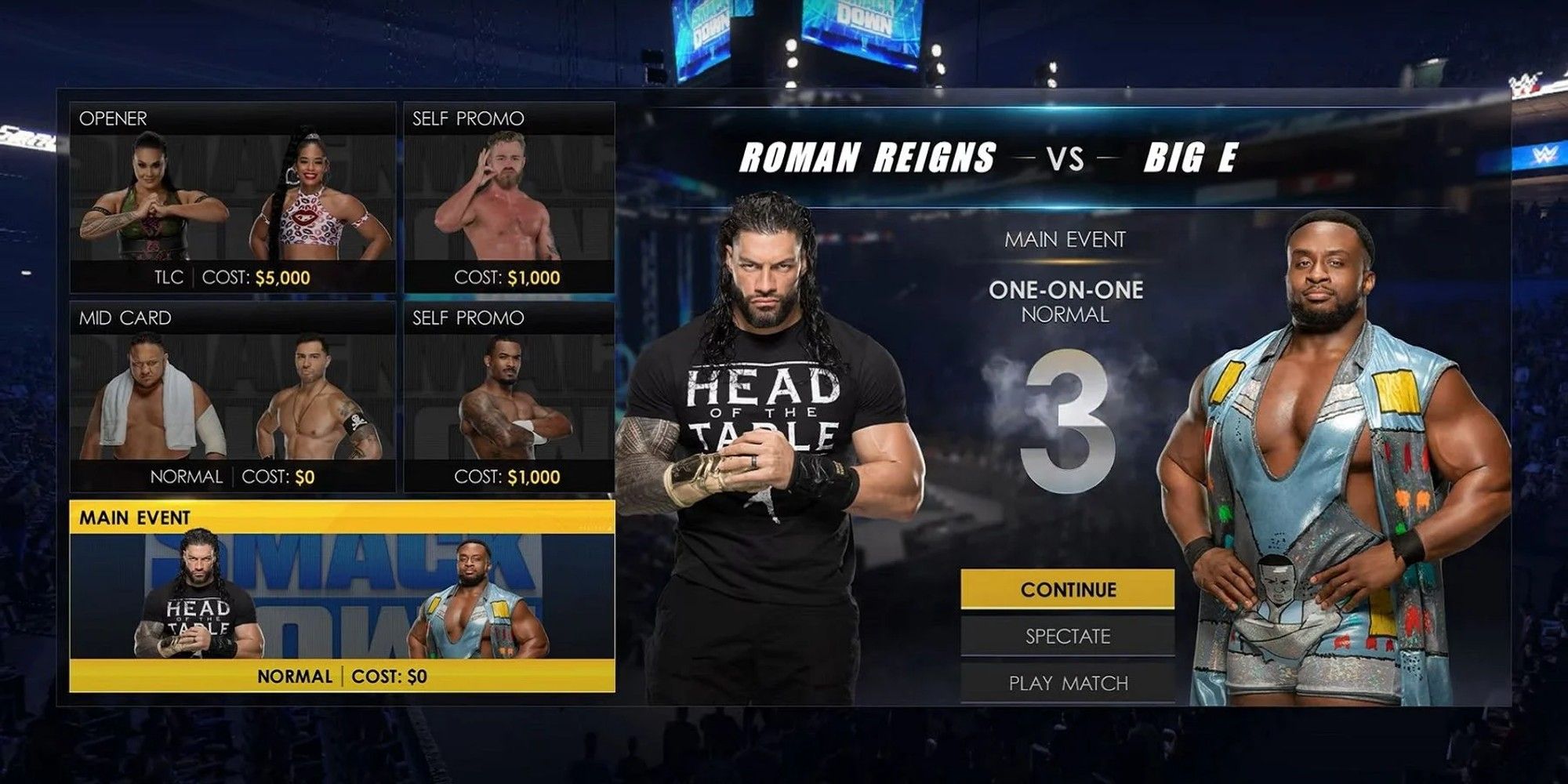 The game offers up plenty of alternatives, some old and some new. You can create your own Universe, and even plow through as just one wrestler in Superstar Mode this year. There's MyFaction which might be little more than a souped-up mobile game, but I'm sure that's exactly what some players are looking for. MyRise also keeps its spot, and Rey Mysterio's Showcase mode is terrific despite some of the deserving matches missing from the line-up.

All of those modes, all of those other things I could be doing whenever I load up WWE 2K22, yet every time I turn on my console, I immediately go right back to MyGM. I then proceed to book my next show (did I mention they can only be three matches long, plus one extra at PPVs?) and get frustrated all over again that I can't book a triple threat match. I scroll across to my Journal where Triple H greets me with some nonsensical challenge. Don't book your champions on the show, for example. I don't know what that achieves, but it usually means I don't have to pay the crew the following week, so I'm probably going to do it.

I try to book matches that will entice and entertain the fans, but save the big stuff for the next PPV. AJ Styles versus Ricochet seemed like a pretty great SmackDown main event to me, but apparently not. When simulating the show, I was told the match was mediocre, boos being piped in as if this were a real WWE show just to add to my shame. Meanwhile, on Raw, Akira Tozawa is beating John Cena for the WWE Championship and the fans are loving it. Four stars, and afterwards I've got Triple H, the man telling me to keep my champions off the show that week, asking if I even know what I'm doing. 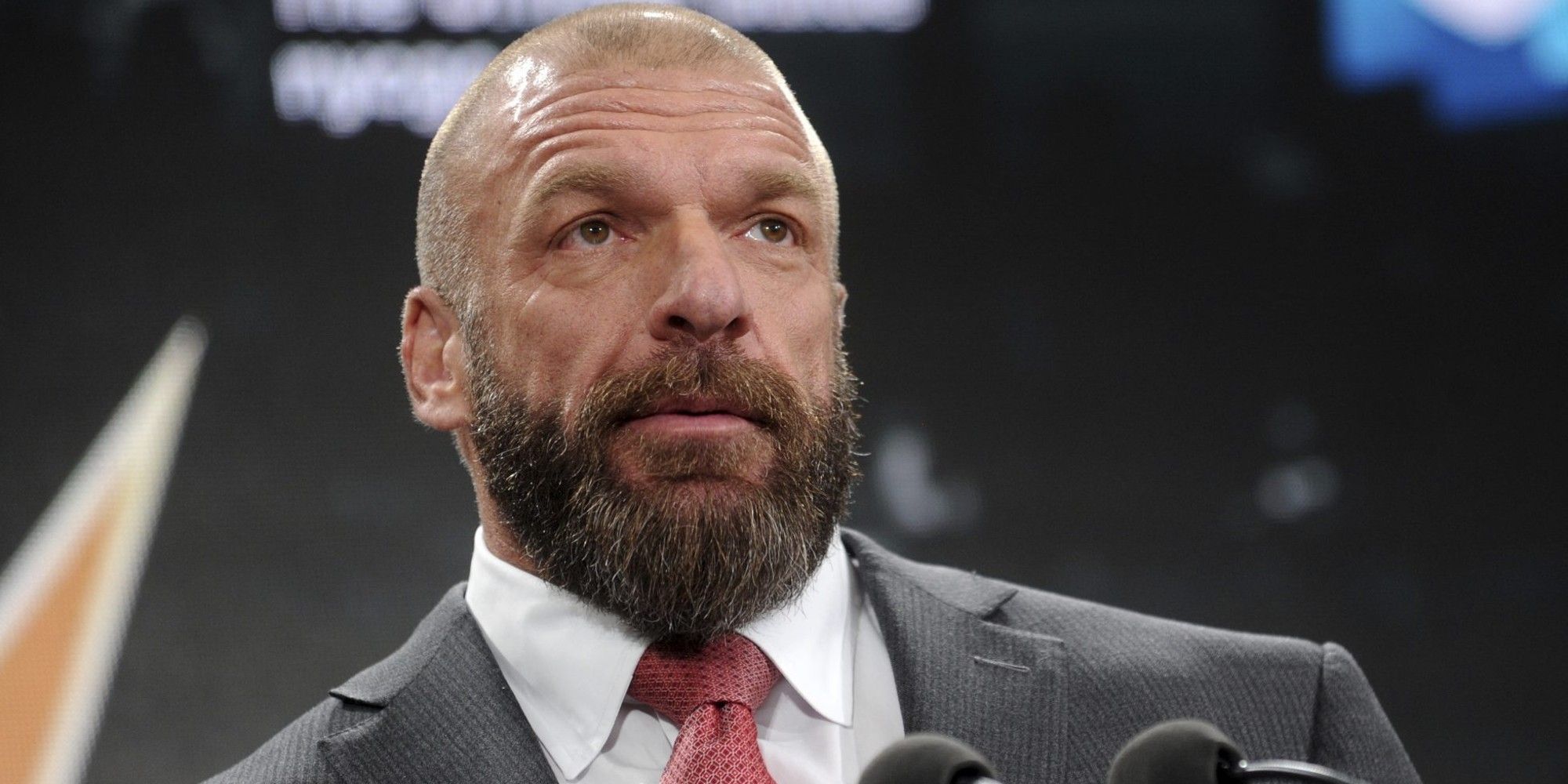 Despite having very little in the way of choices to make my show better, and having the option to quit and play a mode where I'm not repeatedly lambasted by a man who seems to be trying to sabotage me, I take the criticism on board and soldier on. It's not because this is the in-depth game mode I hoped it would be, it's because I am determined to prove the game wrong. I know the shows I'm booking are good. I know for damn sure that they're better than what's being shown on Raw. If I were to play the game in front of almost any other wrestling fan, I'm almost certain they would agree. That's not enough, though. I need the game to know. And that, my fellow members of the WWE Universe, is why I am addicted to the subpar MyGM.

Once I'm done writing this, I will return to WWE 2K22 and continue to book SmackDown shows. AJ Styles will clash with John Cena (yes, my one victory so far has been signing him away from Raw, but who can blame the man for wanting to leave after being booked to lose to Tozawa?) at Payback, a match that in real-life has never failed to deliver. Yet I'm sure whatever Raw has to offer – my guess is R-Truth versus T-Bar in a Tables match – will be deemed the better option. Deep down I know better, I just need the make-believe bookers of my rival show to know I know better. Just me yelling into the void as I feverishly make notes on my phone about how I can prove them wrong. I'll have Walter and Pete Dunne go to war next Friday, that'll show 'em. Hey, come to think of it, maybe MyGM is about as realistic a WWE experience as there has been so far. I'll be back to update you all in 90 days after the screen fades to black and I've been told due to budget cuts, my season has ended early.

Elden Ring – Everything We Learned From Playing It Early

League of Legends: Amazing Facts You Might Not Know About The K/DA Members

Nier Reincarnation: How To Rank Up Characters

How Marvel's Avengers Has Improved Since The Beta