Riot Games is set to release the closed beta for Valorant this week on Tuesday, April 7. If the previous early access gameplay videos are any indication, it’s safe to say millions will try to earn beta access. While the majority won’t receive the coveted Twitch drop, Riot plans to keep the beta open for “a while”. Although this doesn’t help those who want access immediately, it seems like everyone will get a chance to play.

In terms of the content of the Valorant beta, we know all of the weapons and Agents that will be available. However, a recent leak also shows that there may be some weapon skins available to purchase.

Recently, data-miners managed to dig into Valorant‘s game files for the first time. This process has produced a plethora of leaks, but most of what they discovered was previously known. One piece of intel, however, has captured the attention of many potential players.

Thanks to @Valorant_ on Twitter – which is run by @ShiinaBR, a known Fortnite data-miner – we have our first look at weapon skins in Valorant. The account states that these could be available to purchase during the beta, but that’s not entirely clear.

LEAK: These are all weapon bundles that are gonna be purchaseable at the launch/closed beta of the game! 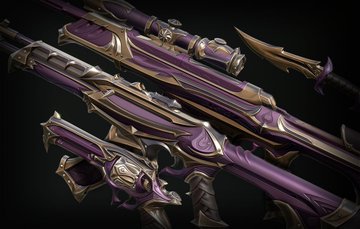 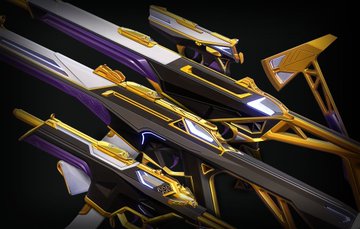 If you watched any early access gameplay, then some of the skins may look familiar. Notable streamers and creators have videos up of themselves using some of the skins you see above. So, while it’s not confirmed, it appears the Valorant weapon skins are ready to be purchased.

There’s no word on how much these bundles will cost, but nothing more than $10-15 per bundle seems reasonable. If the skins are available in the Valorant beta, then they will presumably stay on your account when the game launches later on in 2020.

Which bundle is your favorite? Let us know, and keep up with Daily Esports for all Valorant news.